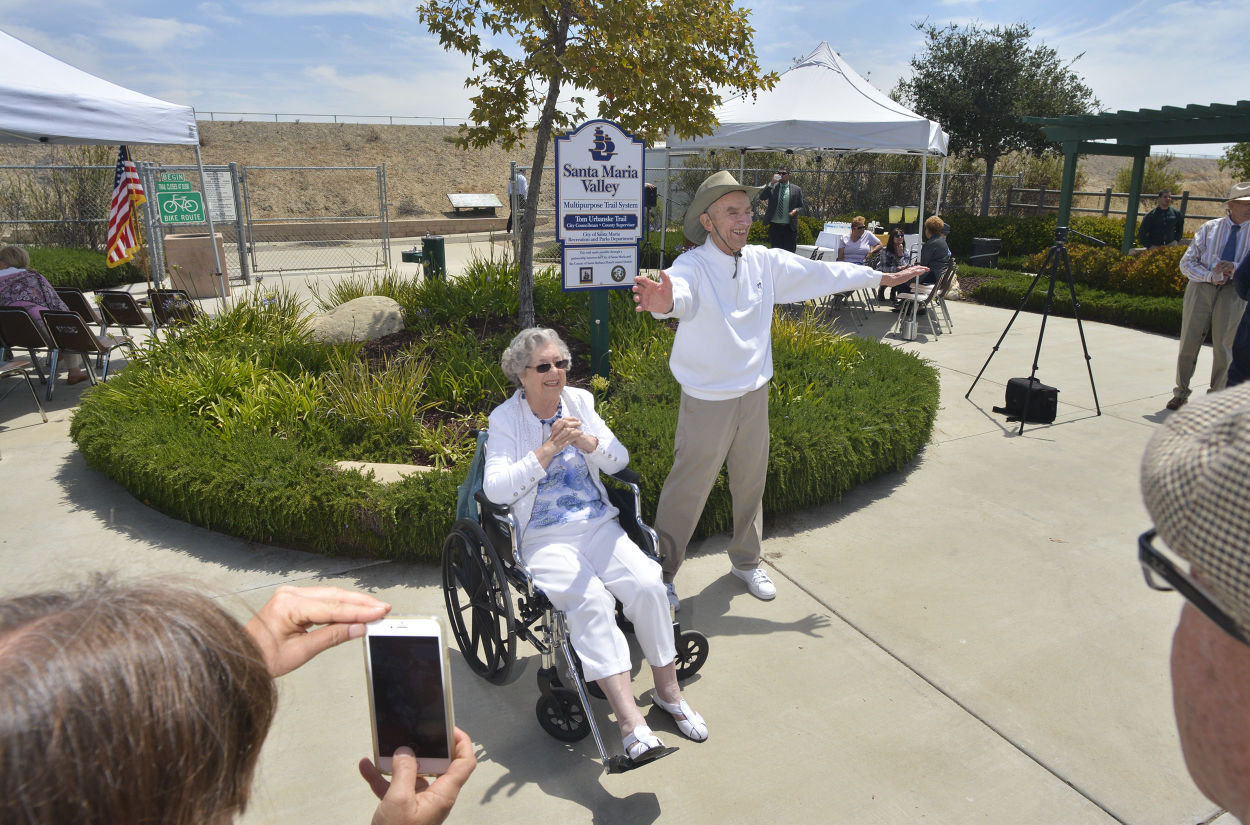 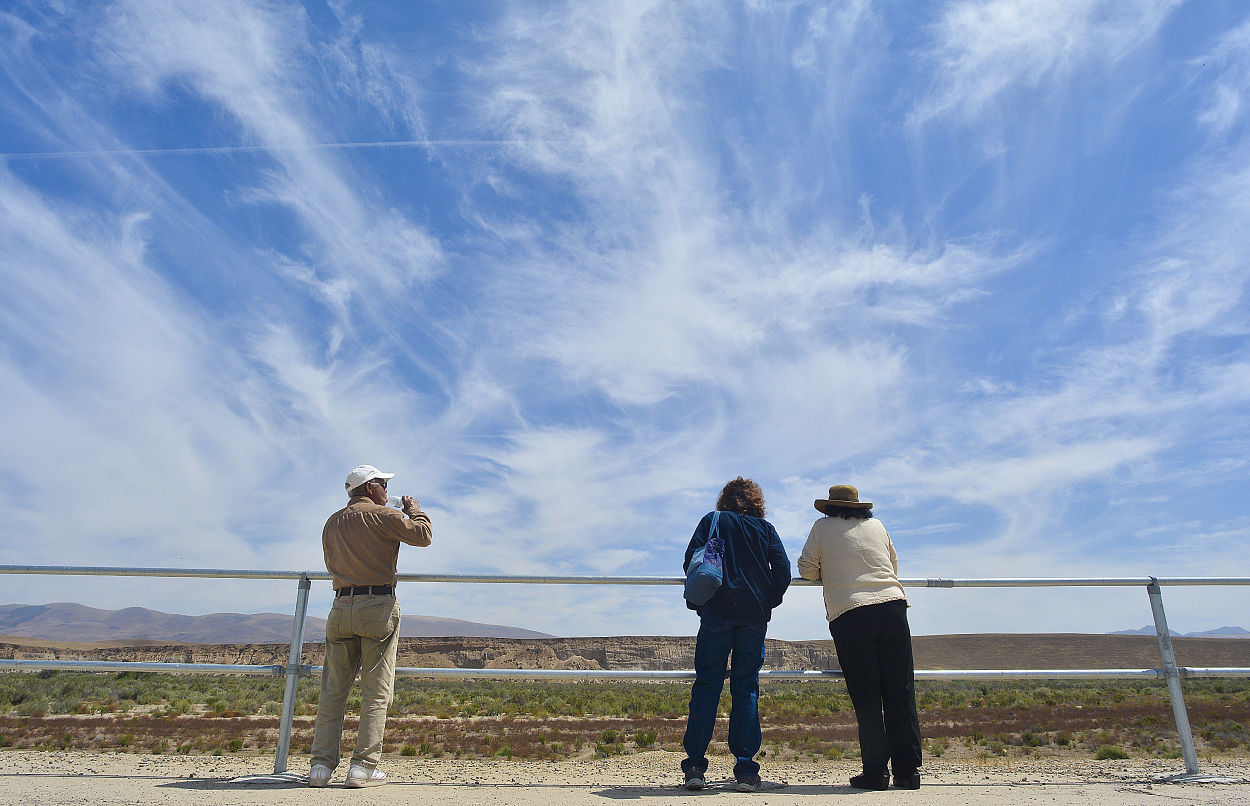 People gather on the Santa Maria Levee Trail, which is now the Tom Urbanske Levee Trail, in this June 8, 2016 photo. 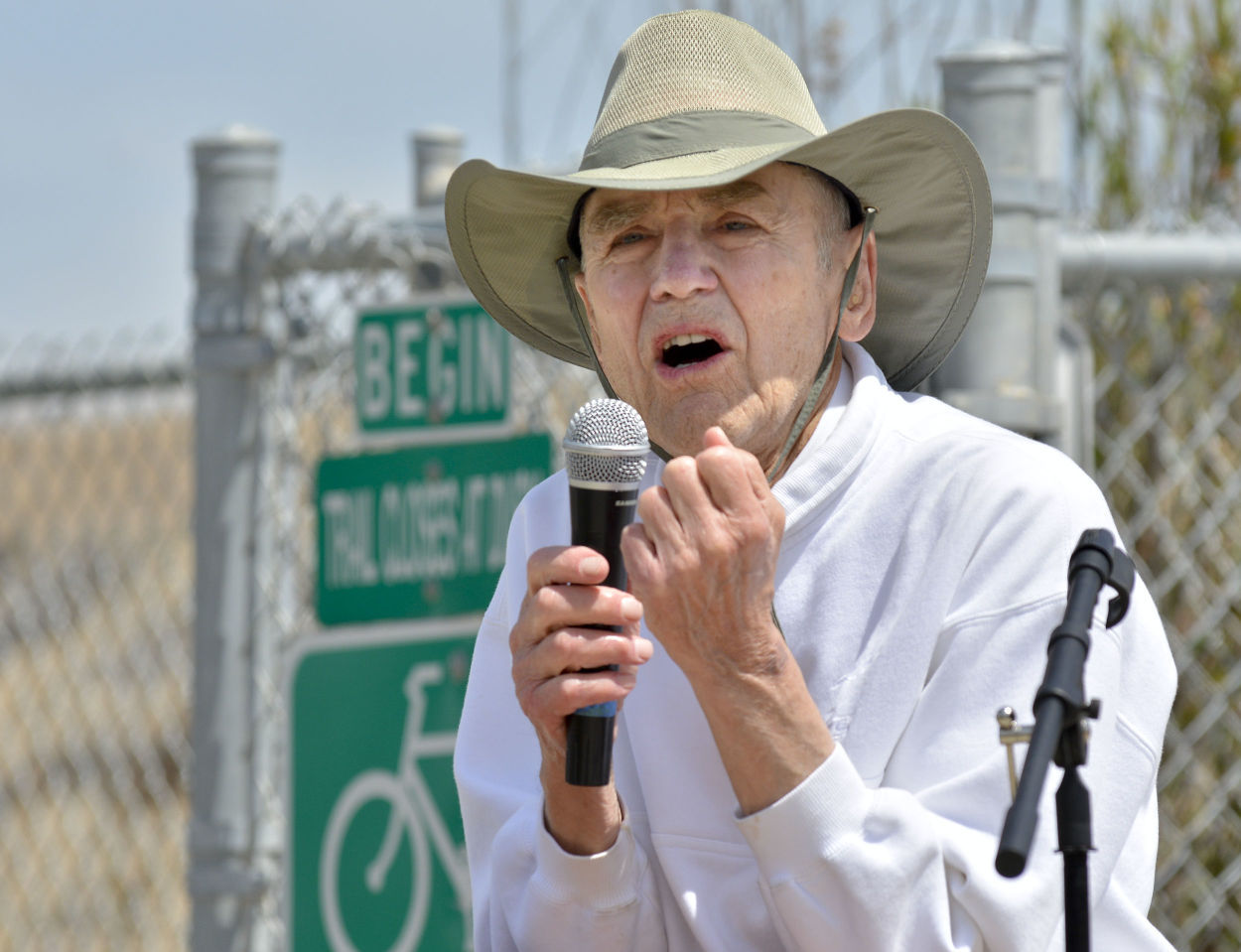 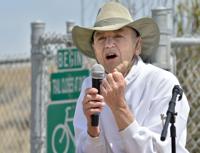 People gather on the Santa Maria Levee Trail, which is now the Tom Urbanske Levee Trail, in this June 8, 2016 photo.

The Santa Maria River Levee is there to protect city residents from potentially dangerous mountain water runoff and as a place for folks to gather along its trail to exercise and see Santa Maria’s plants and wildlife.

Earlier this year, some residents reached out to the city with an idea to dedicate the levee’s trail to someone that, like the levee, has worked to protect residents and bring them together.

Thomas Urbanske served as a city councilman and county supervisor for decades. Before entering into public service, Urbanske touched many lives as an educator in Santa Maria.

City officials and others gathered Wednesday morning at the Seaward Drive entrance of the multi-use levee trail to rededicate it the Tom Urbanske Levee Trail.

“Today is a special day for all of us in Santa Maria,” Mayor Alice M. Patino said in a letter read during the ceremony.

Urbanske’s public service started in 1972 when he was elected to the Santa Maria City Council for the first time. He served again in the early 1980s until 1995 when he resigned to make a successful bid for a county supervisor seat. He also served as a member of the Santa Maria Elementary School Board. He has also been an active member of the Committee to Improve North County.

“Tom cared for our residents and always tried to make life better and speak for those that could not speak for themselves. Tom was always about fairness in making decisions and how his decisions would affect everyone,” Patino said about Urbanske’s time in office.

Two city residents and recreation activists got the ball rolling on the effort to name the trail for Urbanske.

“We do need to thank Jeanne Sparks and Barry Stotts. They brought this item forward to the city’s Recreation and Parks Commission,” said Alex Posada, city recreation and parks department director.

Urbanske served the 5th District on the county’s board of supervisors. Steve Lavagnino, who currently serves in the seat, was on hand Wednesday to honor his predecessor. Lavagnino said the honor was a fitting one for Urbanske.

“One subject that is important to him is recreation, getting people out in the community; enjoying Santa Maria, enjoying their time together,” Lavagnino said.

Urbanske said he appreciated the honor.

“I don’t know how much we understand how great this community is,” he said. “We are a community. We are here to work together. That is what it about and always will be. I want to thanks (Recreation and Parks), they did a fantastic job.”

Urbanske urged folks to come and explore the trail, which has four access points: Suey Crossing Road, Seaward Drive, Preisker Lane and at the North Broadway exit on Highway 101.

“This is a great spot. Share it with your family, kids, and friends. Walk, bike or just come and stand around,” Urbanske said.

To rename the trail, an agreement between Santa Maria and Santa Barbara County had to be amended.

There are so many legal things that had to happen in the background, you don’t even know, to get to this point,” Posada said.

Former City Councilman and County Supervisor Thomas Blosser Urbanske, known for his work to make the Santa Maria River levee accessible for re…