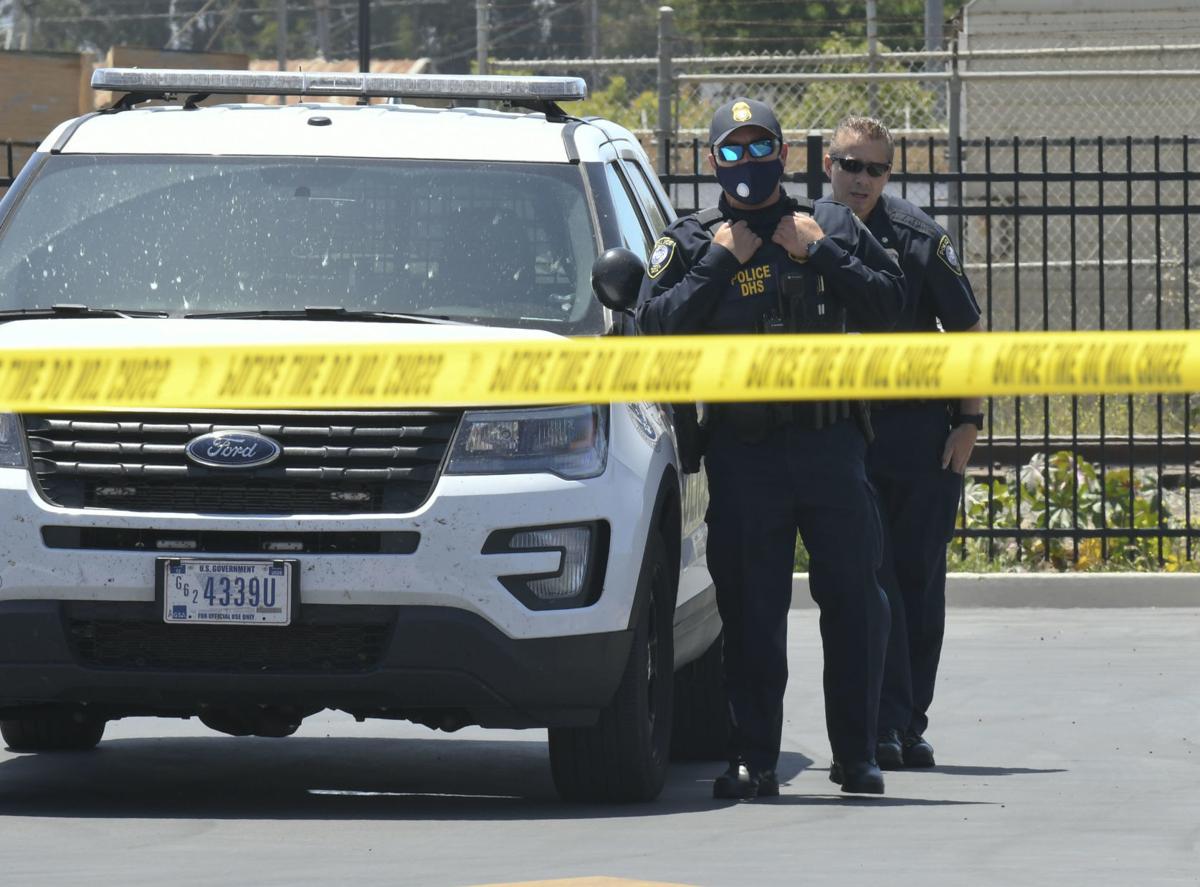 Officers watch a protest Tuesday in front of the Immigration and Customs Enforcement office in Santa Maria. 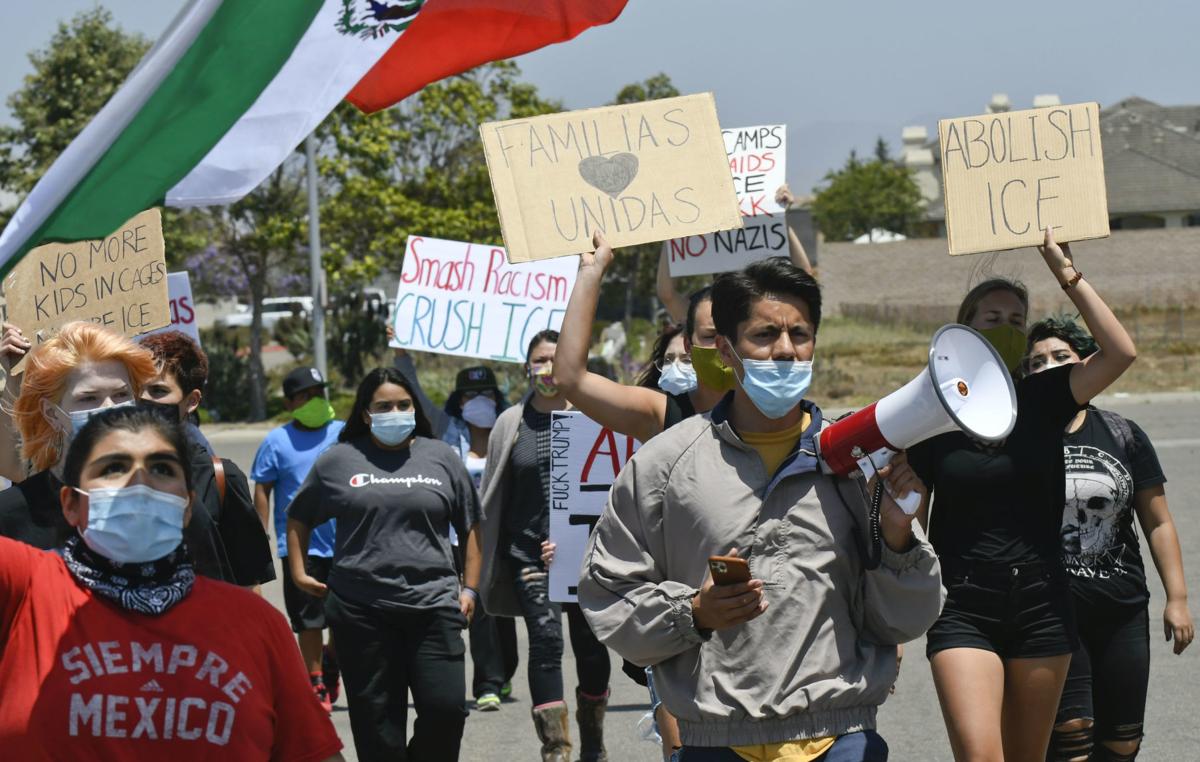 In an effort to continue local demonstrations against systemic injustice, a group of individuals from Nipomo, San Luis Obispo and Santa Maria marched to the Santa Maria Immigration and Customs Enforcement, or ICE, office Tuesday to show solidarity with the undocumented community.

The march began at Santa Maria Commons and grew to around 30 people, led by members of the recently formed local advocacy group Central Coast Progressives.

Group member Andrea Uvias said she and other leaders organized the march following weeks of protests against police brutality and other injustices across the country.

Ivan Lopez, co-founder of Central Coast Progressives, said the group was created by several Nipomo residents to foster a safe space on social media for people of various identities to share anti-discriminatory views and encourage people to take action against injustice.

"We’re not anyone special, we’re just a group of kids and adults just like anybody else, trying to have a bit more resources for people to be able to put their thoughts into actions," Lopez said.

As the crowd walked along West McCoy toward the ICE facility on Century Street, they participated in such chants as "No borders, no nations, stop the deportations" and "What's outrageous? Kids in cages."

The ICE facility, while not a detention center, has still received criticism from community members over the past years.

The site serves as a processing and holding area for individuals recently released from local prison or jail who may be subject to deportation following their release, as described by Los Angeles Field Office Deputy Director David Marin in 2015.

The proposed relocation of the office from the Lompoc Federal Correctional Complex to Santa Maria in 2014 was met with strong protest from community members, with over 1,000 attendees showing up to City Council meetings for discussions about the facility.

Once the group arrived at the ICE facility on Tuesday, a moment of silence was held for George Floyd, a Black man killed by a police officer in Minneapolis on Memorial Day, as well as for the 1,500 migrant children whose whereabouts were reportedly lost by ICE officials in 2018, as reported by The New York Times.

Later, Uvias read aloud the names of some of the children who have died in ICE custody over the years.

Many attendees said they learned about the event on Instagram or Facebook and decided to participate, including Cuesta College student Tony Lastra.

"There are children in cages, and people being sent into some of the most filthy, disgusting places you can imagine. ... The U.S. doesn’t see their system as broken, it was built this way. I’m tired of this," Lastra said to applause from attendees.

Santa Maria resident Diana Zarate and a friend both attended the protest with their children, carrying signs stating "Familias Unidas," or united families.

"I brought my son, so he is aware of what’s going in on society," Zarate said.

The Central Coast Progressives will also host a "March for Black Excellence" outside Santa Maria City Hall at 3 p.m. Thursday.

Arrests by Santa Barbara County Sheriff's Office deputies decreased over the last decade while uses of force during law enforcement and custody operations decreased and increased, respectively, between 2017 and 2019, according to statistics released on Tuesday. 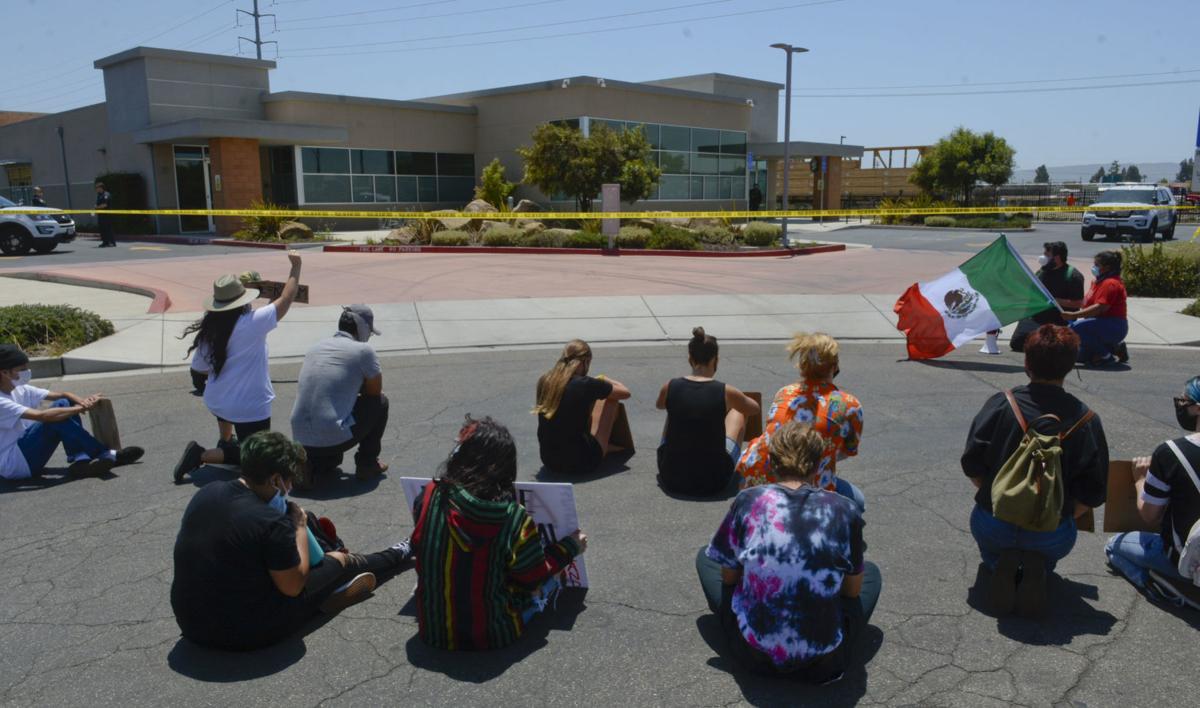 Protesters observe a moment of silence during a rally Tuesday in front of the Immigration and Customs Enforcement office on West Century Street in Santa Maria. 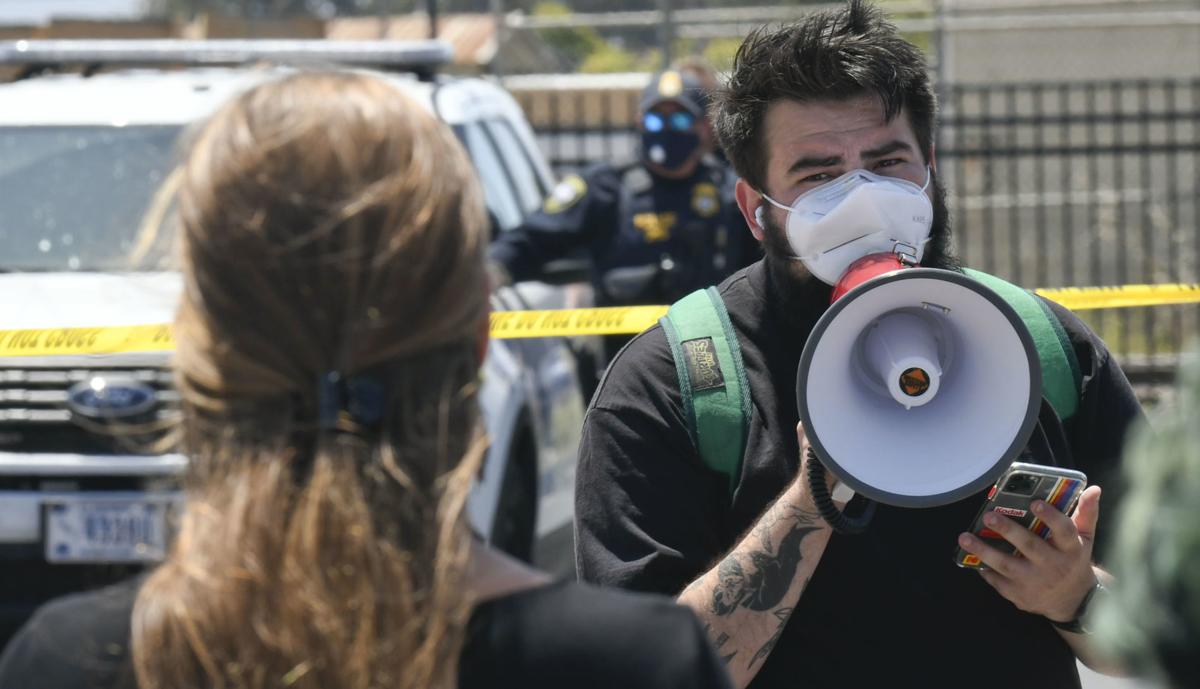 Ivan Lopez speaks during a protest Tuesday in front of the Immigration and Customs Enforcement office on West Century Street in Santa Maria.

Officers watch a protest Tuesday in front of the Immigration and Customs Enforcement office in Santa Maria.