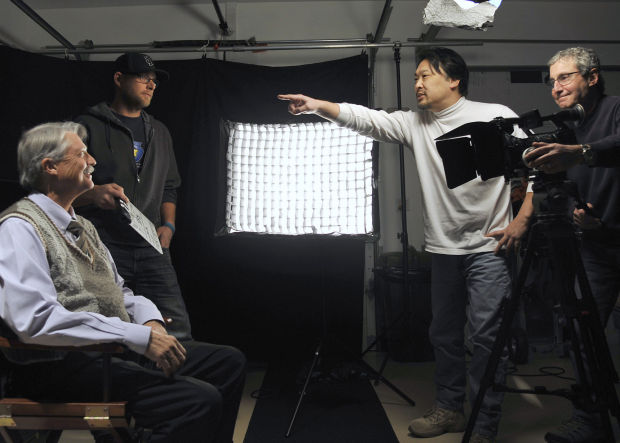 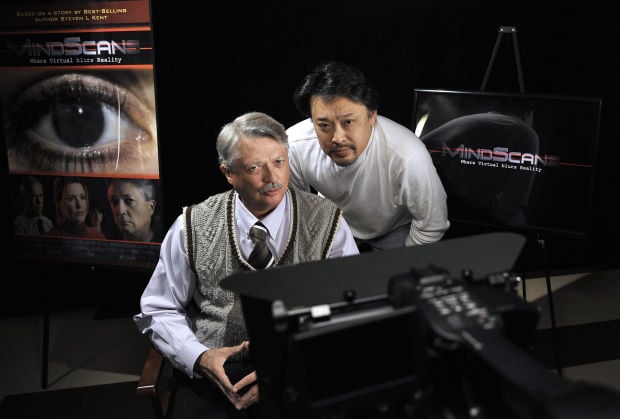 Ben Chiu wants to make blockbuster films, but he’s not willing to follow the modern, high-dollar movie studio formula, and he doesn’t want to leave the Central Coast.

Instead, he wants to return to the roots of Hollywood to build a film industry here.

“I’ve seen the waste in Hollywood, and I’ve seen what it takes to make film on no budget. I’m re-creating the Golden Age of Hollywood when all you needed to make a film was a guy who could hold a camera, some guys to move the lights and a stock of actors. To succeed, everything has to be cheaper,” he said.

Chiu, a product of big cities, escaped to the wilds of San Luis Obispo County with his family two decades ago after graduating New York University’s film school and working at Hollywood’s Paramount Pictures Studio.

The family moved to Avila Valley, but Chiu continued living out of suitcases while working in San Francisco and Los Angeles.

“It was difficult to find work over here. I started thinking, ‘Why is it movie companies come up here to shoot stuff, but there’s no industry presence here? What’s going to stop us from starting a studio up here and living in the best place in the world?’” Chiu asked.

Nothing, if Chiu has his way.

On Thursday, Digital Alliance Studio will celebrate the theatrical debut of its first feature-length film. “MindScans” will begin its theatrical run with the Galaxy Theatres chain. A special, public, prerelease screening will be held Monday at Galaxy Theatre in Atascadero.

The cerebral, futuristic drama is based on a story by Steven L. Kent. The project was filmed entirely in San Luis Obispo County with a local cast and crew and a minuscule budget.

“Technology has made it so people can produce a film for less than the price of buying your house,” Chiu said.

While Chiu wrote, directed, edited and provided a vast array of special effects for the film, he turned to the community for actors and technical crew members.

“It was great being involved in film. I enjoyed it very much. I hope to do some again,” Kirkpatrick said.

Kirkpatrick retired to the Central Coast after a career in law enforcement, but he’s been involved in performing on stage for four decades including shows at SLO Little Theatre, Santa Maria Civic Theater and The Spot in Arroyo Grande.

In his film debut, Kirkpatrick’s real-life experience as a juvenile court hearing officer transferred to his role. He was cast as assistant prison warden.

“I’d rather do movies than plays. Movies feel more real. In a play, you’re on stage and you have to exaggerate your voice and movements. In a movie, it’s more realistic. Your volume and mannerism don’t have to be so broad,” Kirkpatrick said.

Casting locally was a challenge for Chiu. He enlisted the help of Hancock College drama instructor Daniella Foster who helped cast Dicus and Green, among other students.

“Talent is very sparse up here,” Chiu said. “I’ve seen 500 actors over the years. I picked the best ones I could. The majority of the people I used have never been in a movie at all. Craft behind the camera doesn’t exist up here. We ran grip classes, trained everyone to do their jobs. It’s much like what happens in L.A.; you go to film school, but you don’t learn your craft until you get your job as a journeyman or apprenticeship.”

Scenes were filmed in Shell Beach, Avila Beach, Grover Beach, Paso Robles and San Luis Obispo, while the majority of the footage was filmed at the studio off Ontario Road.

“In my years at Paramount, I became disenchanted by the waste in Hollywood, the way it seems stories only make it to film if they meet a specific checklist: Is it a spectacle? Check. Is there an explosion? Check. Is there product placement. Check,” Chiu said.

For Chiu, films should be first about story.

“I love a good story. If you have a really well-crafted story, you don’t need to waste big dollars in filming. The story will sell itself,” he said.

That focus is key to Alliance Digital Studios future success or failure as the build-it-faster-cheaper philosophy takes hold in the film industry.

“The philosophy in film school was that you come up with the big idea, then beg, borrow or steal to make the movie by any means. That’s led to runaway cost of things,” Chiu said.

With the advent of the Internet, that model is changing.

“The only way you can be really successful in the age of the Internet is to make it really efficiently, really cheap,” Chiu said.

Chiu said he shot and produced the film at a total cost of $1,300. He didn’t pay the actors. Instead, each person who worked on the film were issued shares in the studio.

“One of the big problems in Hollywood is that so many people who are working in film are there for the paycheck. They have no passion. They don’t care about the film or whether or not it succeeds. If everyone owned a piece of the studio, if they all had passion for what they were doing, that’s when you can make fantastic movies,” Chiu said.

The studio is already working on its next film, though Chiu is tight-lipped about the project.

“My dream is to continue making movies while living in the greatest place to live in the world,” he said.

Freelance writer Jennifer Best can be reached at JBest@Best FamilyAdventures.com.