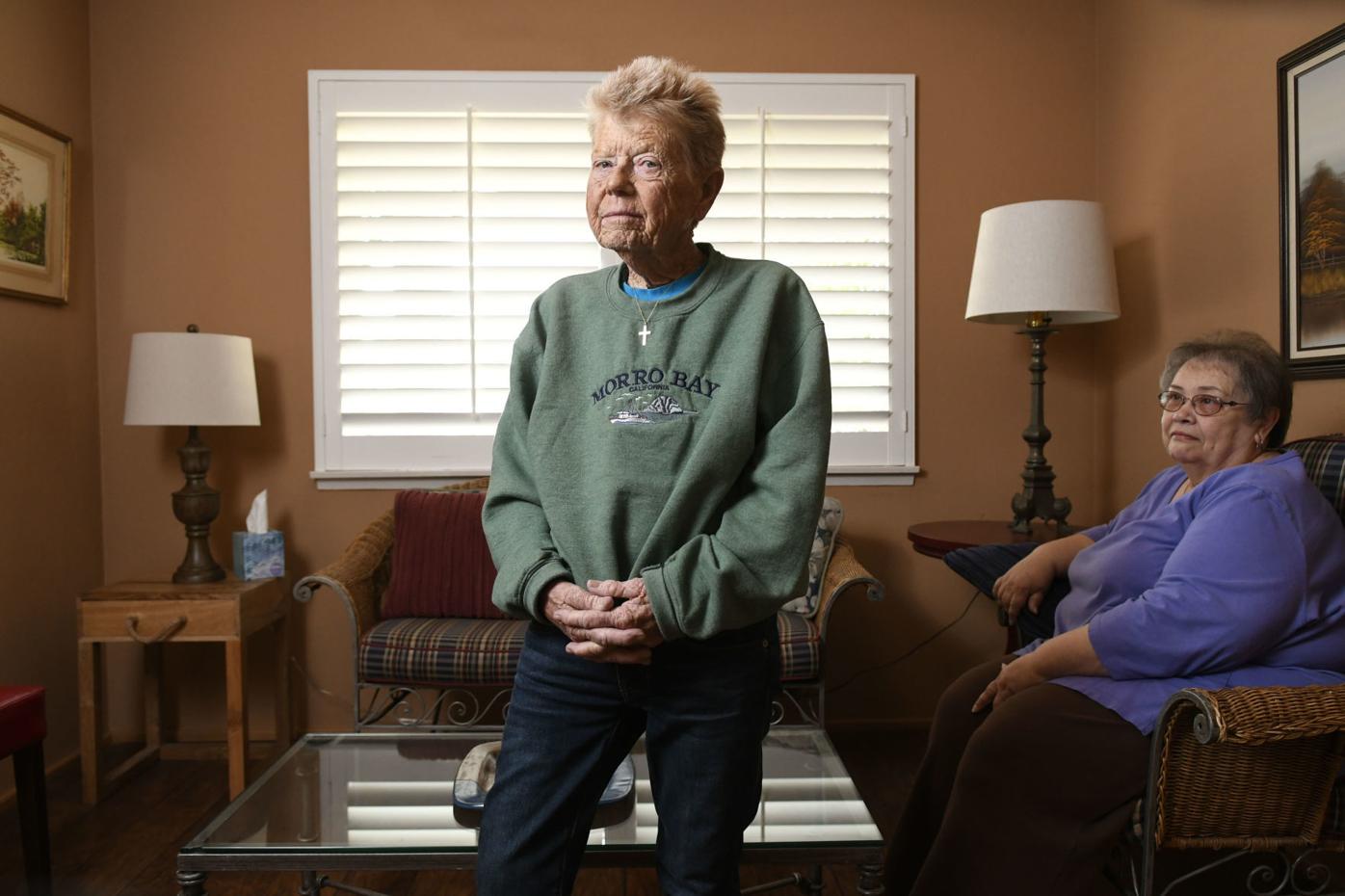 Connie Logeman, center, shown with volunteer Robin Hanshaw, is working to open Casa of Hope, a safe home for victims of sex trafficking. The local facility is set to begin operation in late June. 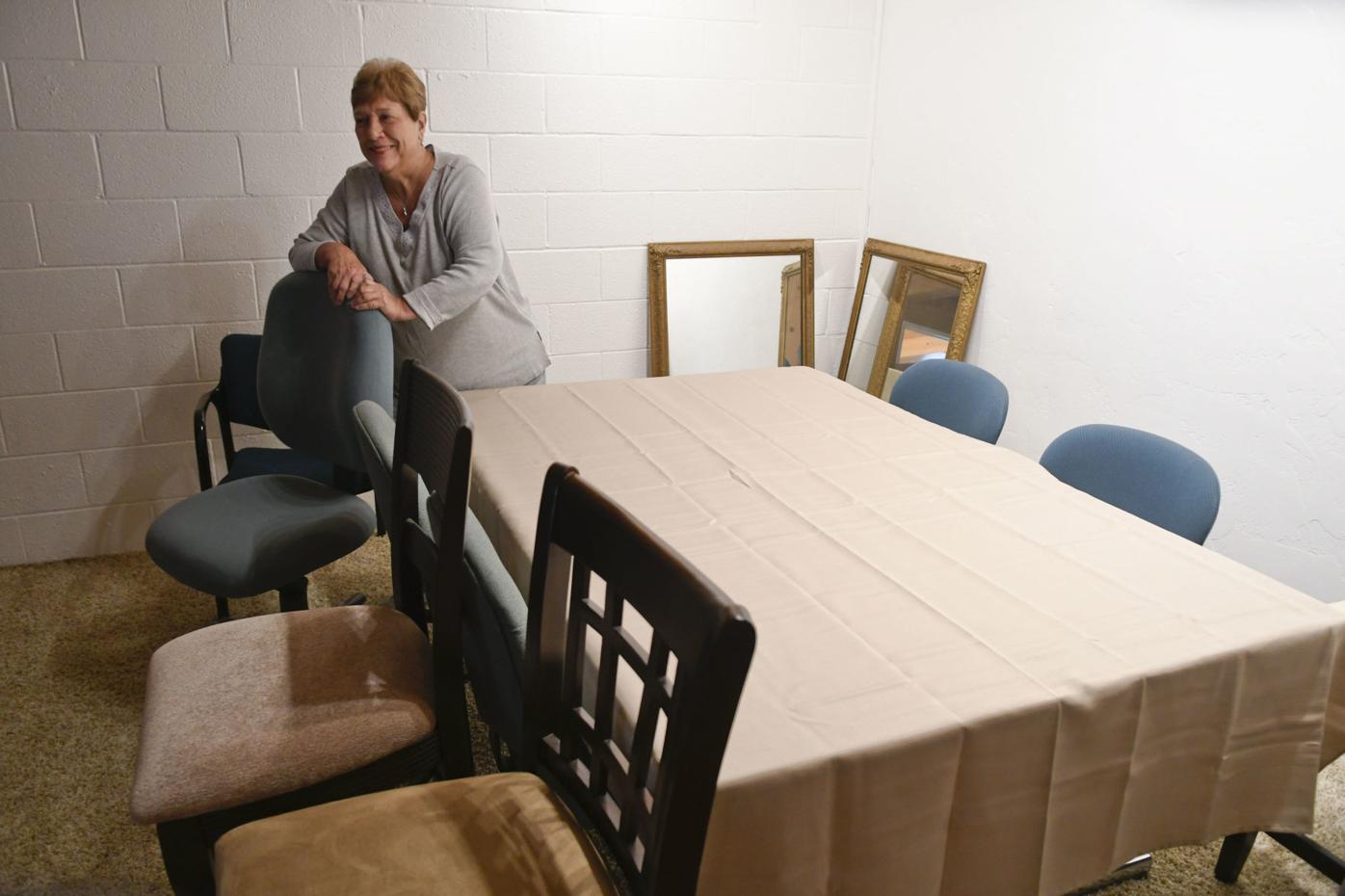 Angie Englebrecht moves donated chairs from a storage area at Casa of Hope, a safe home for victims of sex trafficking. The local facility is set to open in late June.

Connie Logeman, center, shown with volunteer Robin Hanshaw, is working to open Casa of Hope, a safe home for victims of sex trafficking. The local facility is set to begin operation in late June.

Angie Englebrecht moves donated chairs from a storage area at Casa of Hope, a safe home for victims of sex trafficking. The local facility is set to open in late June.

Northern Santa Barbara County will soon have a long-term residential safe house where survivors of sex trafficking can begin healing and rebuilding their lives.

Casa of Hope, a nonprofit organization founded by Orcutt retiree Connie Logeman, will open the safe house by the end of this month.

The home’s opening follows a 16-month effort by Logeman to establish the nonprofit group and raise funds to set up the safe house where sex trafficking victims will be connected with social and medical services and can complete GED tests, if necessary.

Logeman asked that the location of the home not be published to protect the victims living there.

Human trafficking involves the trade of humans, both male and female, for the purposes of forced labor, often commercial sex work.

Human trafficking isn’t just happening a world away. Nearly 300,000 youth in the U.S. are at risk of being sexually exploited, and according t…

Logeman first became aware of human trafficking over a decade ago while living in Thailand, when she visited a safe house for girls that had been trafficked from Cambodia.

“I got a chance to talk to the girls, hear their stories. It broke my heart,” she said.

After moving back to the United States, Logeman began volunteering as a mentor with Santa Barbara County Juvenile Services and learned of the growing problem of trafficking on the Central Coast.

“It just hit my heart,” Logeman said. "I said, ‘We have to do something about this. We need a house.'"

“Each and every day in Santa Barbara County, girls and boys, women and men, U.S. citizens and foreign nationals are victims of human trafficking,” she said.

In February 2018 Logeman set to work finding a home, and earlier this year located a suitable property that the nonprofit organization began renting.

The house, which is around 3,000 square feet, will provide up to six women a home where they can begin the recovery process, get connected with social services, complete GED tests and work toward other goals.

In addition, Casa of Hope residents will have two “room mothers” who will live on site, take meals with them and run classes and group therapy sessions.

The home is the first long-term residential safe house in the North County area, and its opening comes at a time when local authorities are identifying more and more victims of human trafficking through the work of the county’s Human Trafficking Task Force, which involves every law enforcement agency in the county.

In 2014 and 2015 — before the task force received a three-year $1.34 million grant to ramp up its work — law enforcement identified seven survivors of human trafficking.

Casa of Hope already has three women who are signed on to move in when the home opens.

“It won’t take long to fill it up,” Logeman said. “The most we can take is six people. I think we’ll be full by the end of July.”

Logeman expects sex trafficking survivors will be at Casa of Hope for anywhere from a year to 16 months — a time frame that is needed given the complex psychological and emotional trauma that human trafficking often leaves.

McGaw said most traffickers target their victims online. They often glamorize their life, sharing photos of money or other luxury items they think will make an impact on impressionable young teens.

Every day in Santa Barbara County, there's a good chance that a child or young man or woman is being trafficked for sex.

Children who have been in foster care, runaways, children who have been sexually or physically abused or have an unstable home life are at a higher risk of being targeted, McGaw said, but traffickers also target those who may just be looking for love and attention, like many young people.

“These traffickers are savvy and smart and manipulative and know exactly what they’re doing and how to do it,” she said.

Just days before the home is set to welcome its first survivors, Logeman expressed gratitude that her dream of a safe house, which is privately funded through donations, is now a reality.

"I have to be honest with you, I had no idea how we were going to do do this," she said. "God put it on my heart, and God played a big part in it."

To learn more about Casa of Hope, visit www.casaofhope.org.

Tax-deductible donations can be made online or in person at Orcutt Presbyterian Church, 993 Patterson Road (specify Casa of Hope).