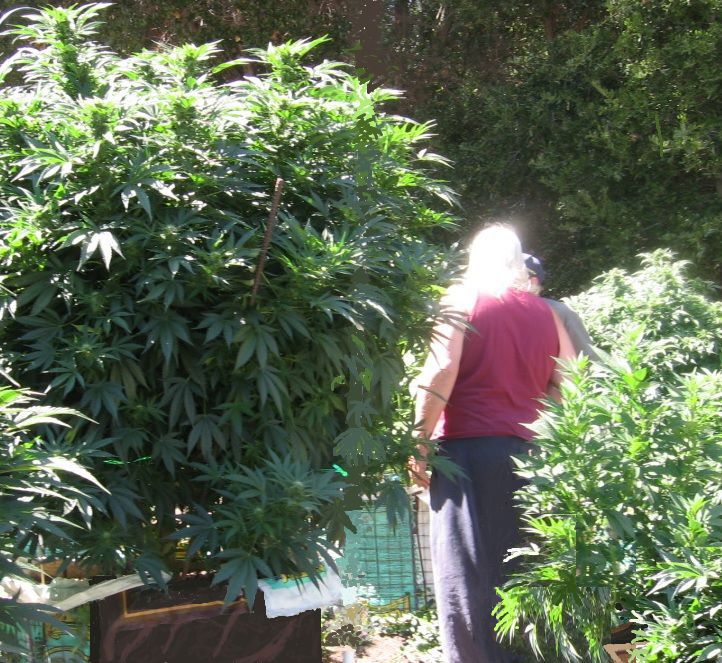 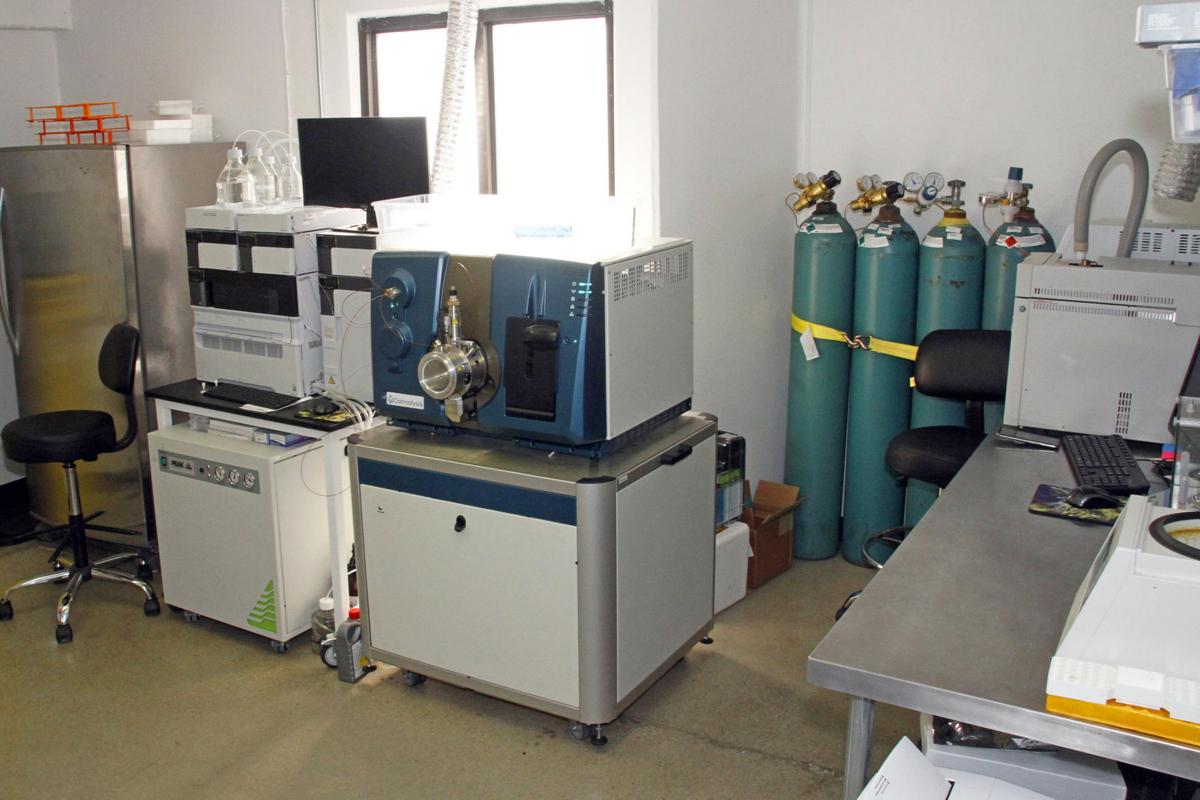 Marijuana samples go through five phases of testing at the Cannalysis testing facility in Costa Mesa to measure potency, pesticides, chemical residue from processing, microbials such as mold and bacteria and terpenes. Beginning January 1, 2018, all marijuana must be tested for the first four. 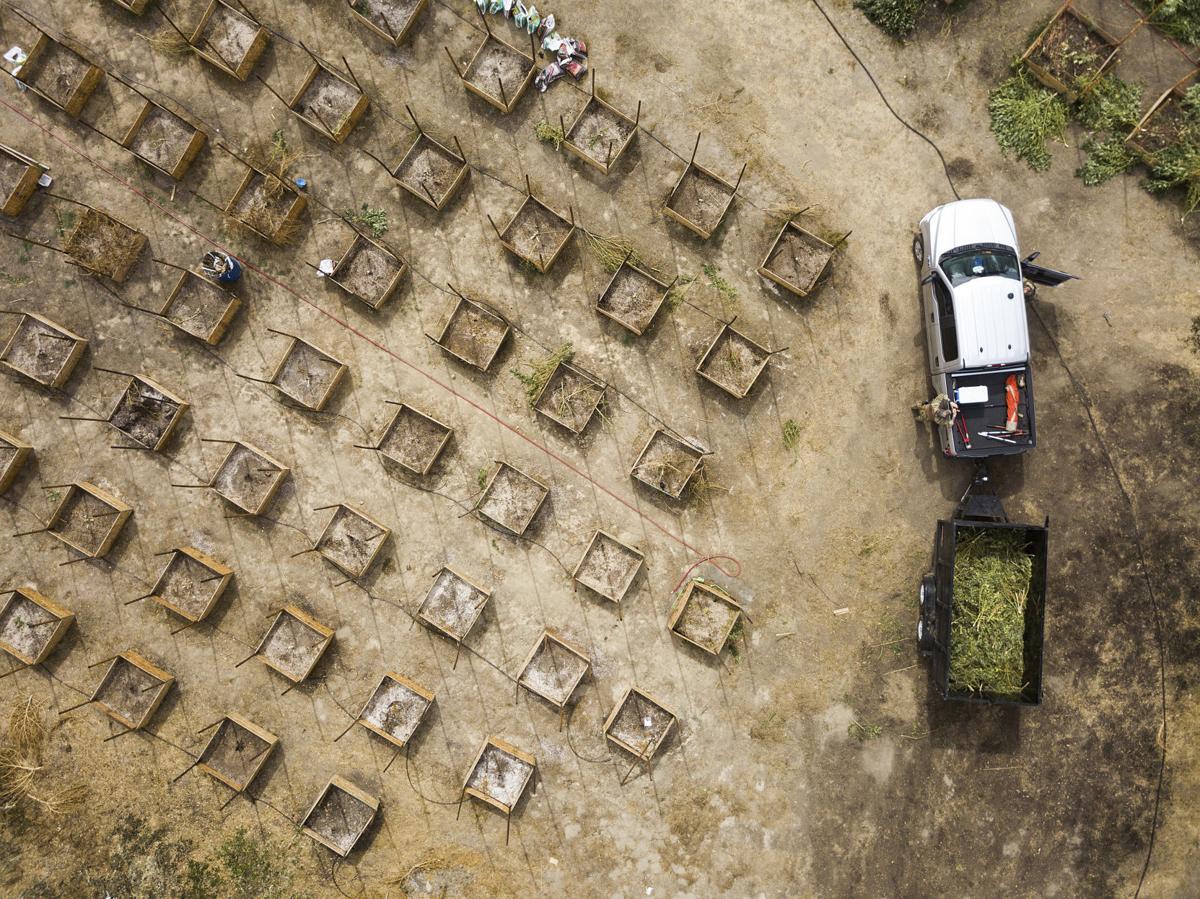 In this Sept. 29 photo, sheriff's deputies seize marijuana from a growing operation in unincorporated Calaveras County.

In addition to marijuana grows, Santa Barbara County residents can expect to see testing labs, manufacturing, distribution and delivery businesses, and retail store fronts sprout over the coming years, but the operations will be limited by the licensing process that's being developed by the Board of Supervisors.

Of 12 state licensing categories, the county is focusing first on grower licenses, which include up to four subcategories based on the size of a grow, whether it’s indoors, outdoors or uses a mixed source of light.

A Type 4 license for nurseries will also allow operators to deliver live plants.

Those who intend to operate large plantation-like grows will have to wait until 2023 to obtain licenses.

The Department of Food and Agriculture will require unique identification numbers to be attached to the base of each plant at a cultivation site to allow the agency to track plants as they move through the process from grower to consumer.

State regulations allow cannabis business operators to hold more than one type of license — referred to as vertical integration — with some limits.

No one may hold a cultivation, manufacturing, retailer or distributor license along with a testing lab license, which must be completely independent.

Those licensed as medical manufacturers can only sell to a medical retailer which requires a permitted location.

Testing labs are an indispensible part of the cannabis system, because all cannabis from buds, seeds and even stems to foods, lotions and medical products must be tested for levels of THC — tetrahydrocannabinol, the psychoactive ingredient in marijuana — and CBD — cannabidiol, the ingredient with medical applications that doesn’t produce a “high.”

Testing labs will also check for any chemical contaminants and microbiological impurities and make sure the labels accurately reflect the contents of the products.

In order to obtain a license, a lab must be certified by the International Standards Organization.

Distributors also will be responsible for collecting the taxes on cannabis and forwarding them to the state. For a complete listing of licensing types and information go to bcc.ca.gov.

County supervisors are generally supporting all types of cannabis operations as they move through the regulation process, although 1st District Supervisor Das Williams has not favored allowing delivery with retail operations.

“I really believe that for safety reasons we should be having storefront retail and not having delivery services,” Williams said. “I’ve asked a lot of folks in the industry and a lot of law enforcement (people) about it, and what I get time and time again is these delivery services are a lot more vulnerable to being robbed and a lot more difficult to regulate than a storefront dispensary.

One type of operation the Board of Supervisors has not looked favorably upon is microbusiness, which combines multiple functions — cultivates less than 10,000 square feet of plants and serves as its own distributor, manufacturer and retailer.

Microbusinesses might be operated by an individual or a small team as a “fully integrated enterprise,” according to county staff.

“I’m just opposed to the idea because I think these guys are the hobby guys,” said 4th District Supervisor Peter Adam. “Maybe they do some things well and other things not so well, and I think those are the ones that are going to be the problems.”

More in Lee President's Award - Green Rush in the 805?: Cannabis on the Central Coast - Looking at land use, money, science, law enforcement and education (7 of 30)

Marijuana samples go through five phases of testing at the Cannalysis testing facility in Costa Mesa to measure potency, pesticides, chemical residue from processing, microbials such as mold and bacteria and terpenes. Beginning January 1, 2018, all marijuana must be tested for the first four.

In this Sept. 29 photo, sheriff's deputies seize marijuana from a growing operation in unincorporated Calaveras County.