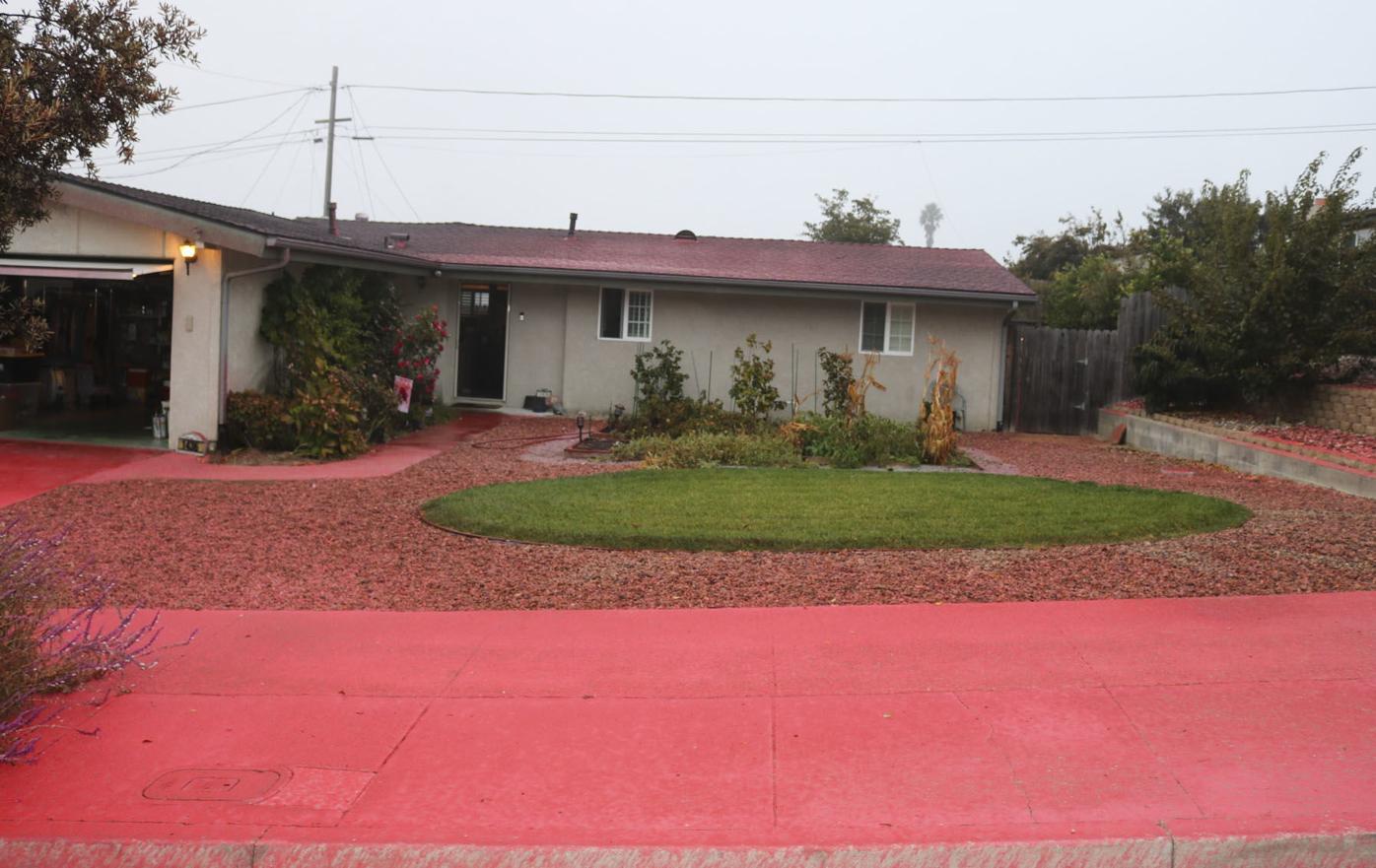 Fire retardant dropped from air tankers covers a home in Mission Hills during the Rucker fire in September 2017. 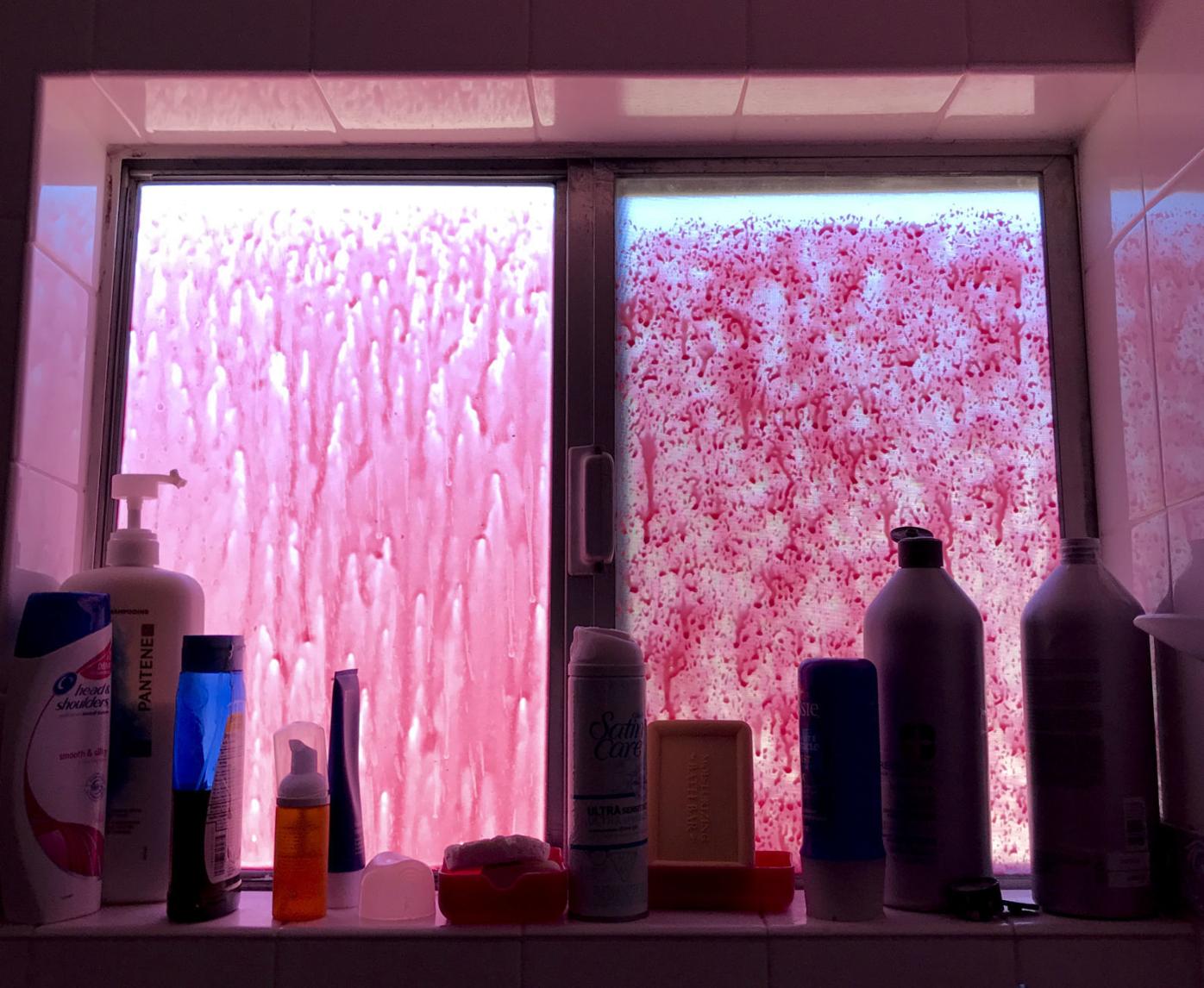 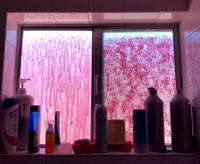 Fire retardant dropped from air tankers covers the window of a home in Mission Hills during the Rucker fire in September 2017. 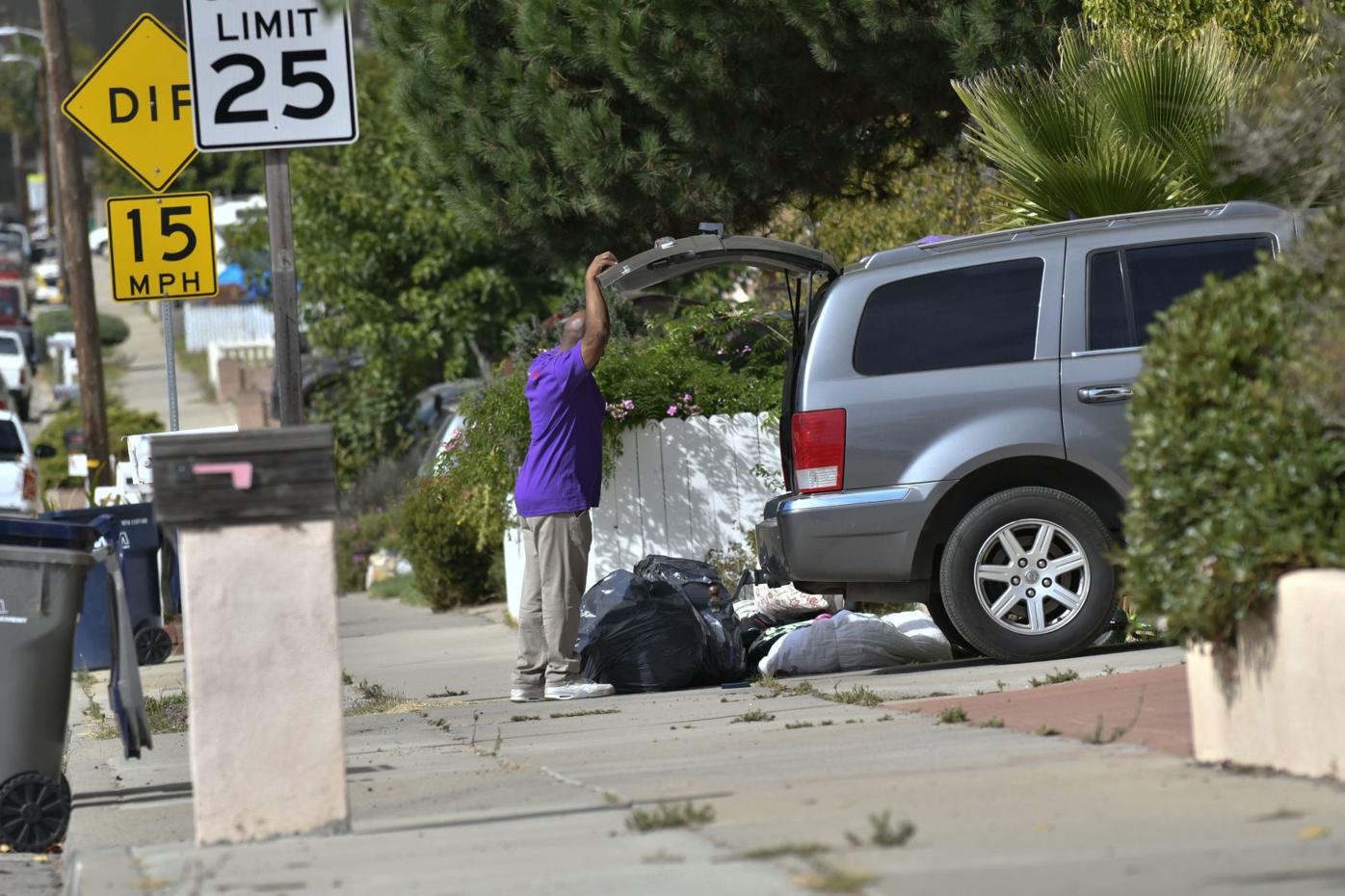 Mission Hills residents evacuate from the Rucker fire in this Sept. 29, 2017, file photo. 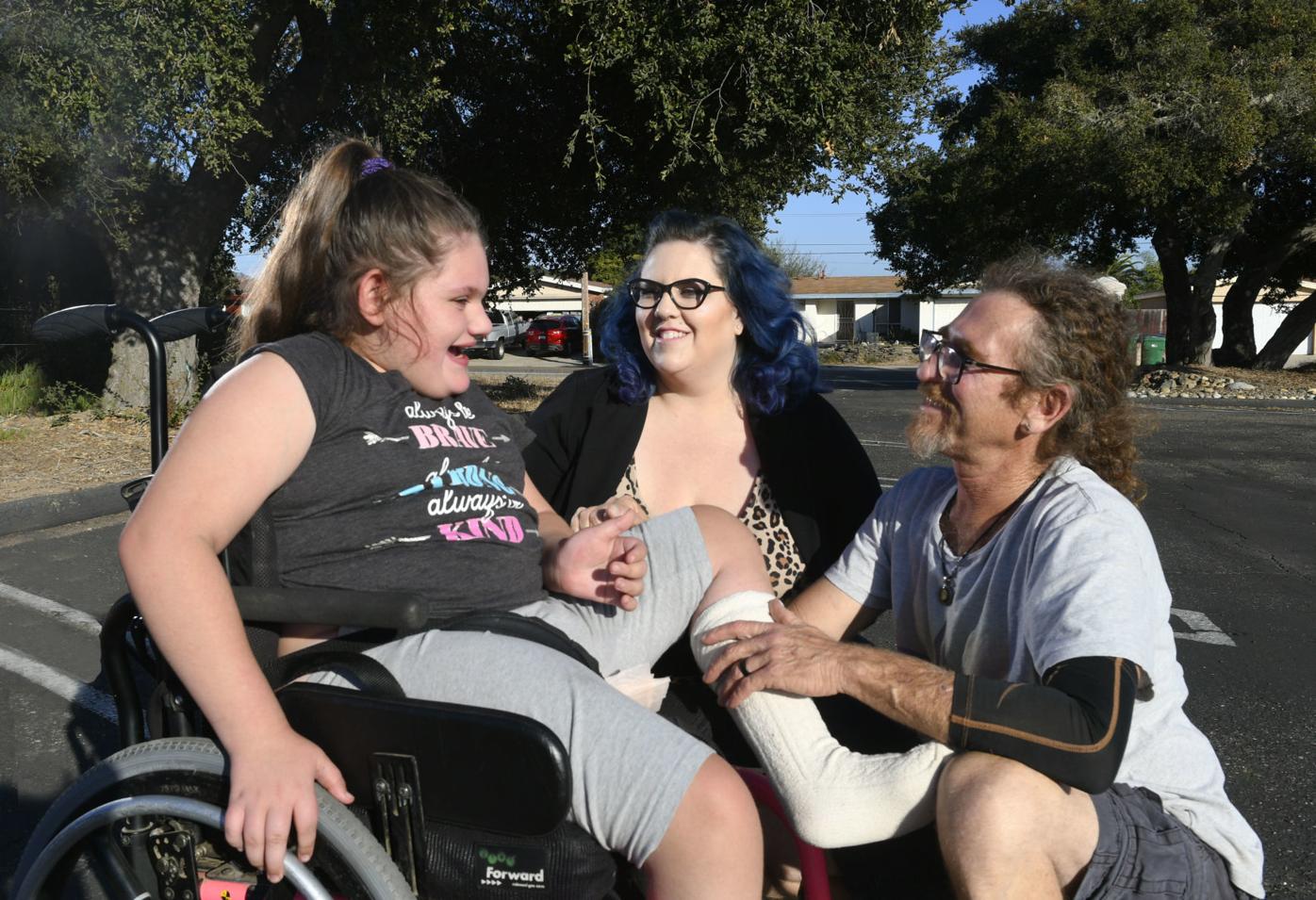 Heather and Eric Schiff moved from Mission Hills after the Rucker fire, in part because of concerns about evacuating their daughter EmmaRose, who has special needs. The 2017 fire burned near this church parking lot on Rucker Road. 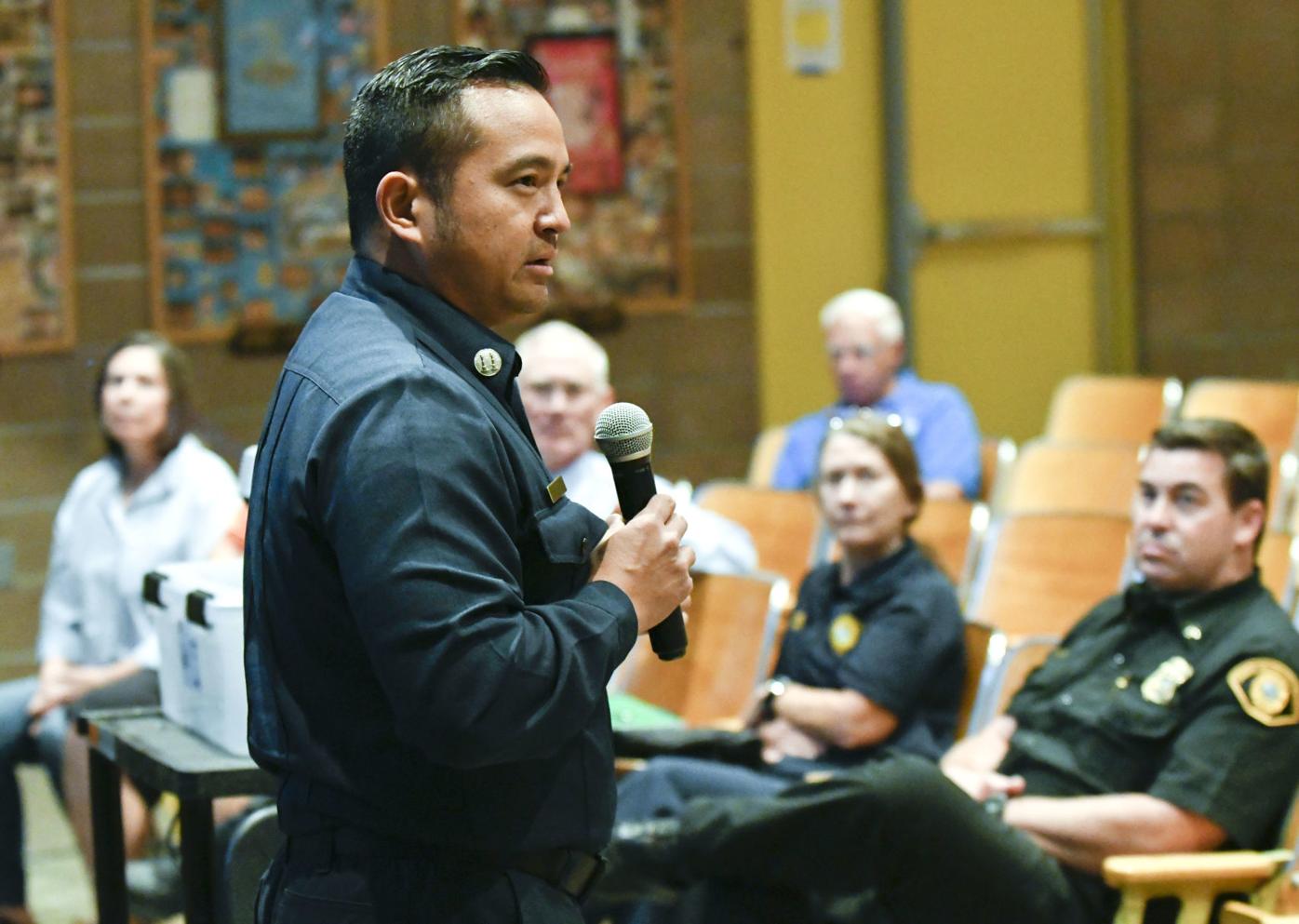 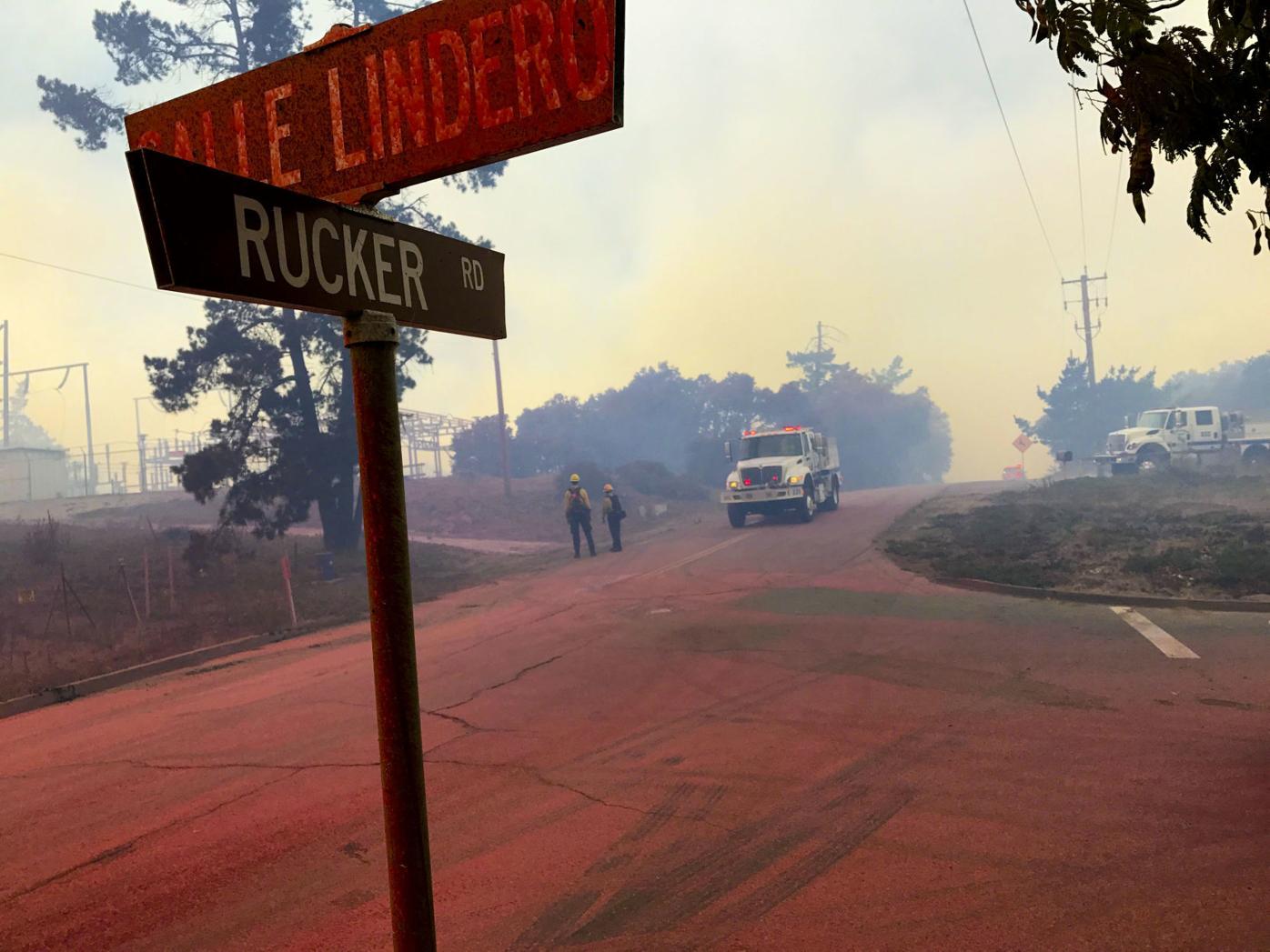 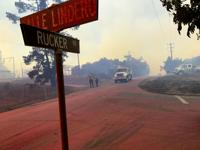 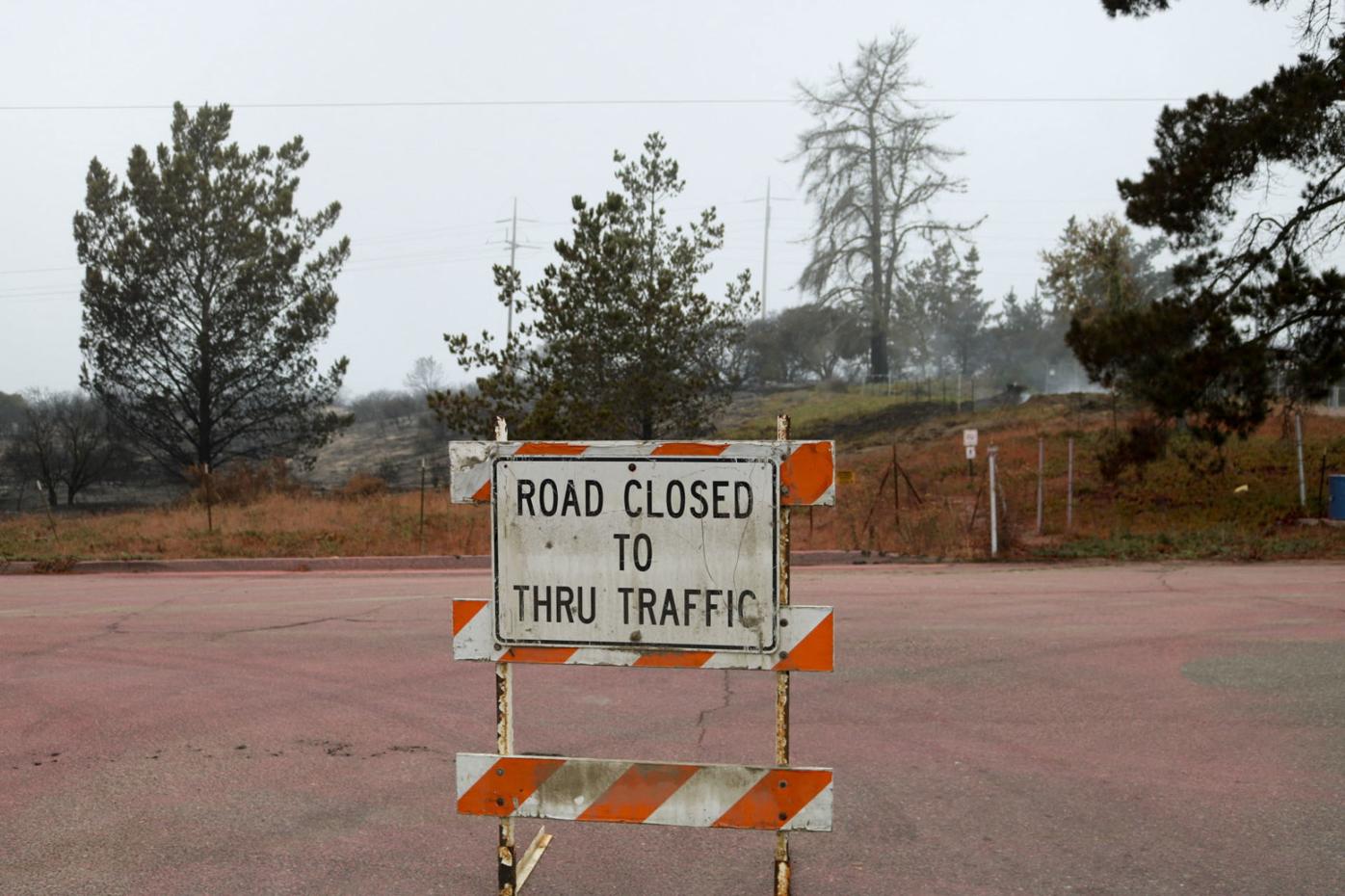 With trees and brush still smoldering on the adjacent hillside, Rucker Road, one of the main access routes in Mission Hills, is closed during the Rucker fire in September 2017.

Fire retardant dropped from air tankers covers a home in Mission Hills during the Rucker fire in September 2017.

Mission Hills residents evacuate from the Rucker fire in this Sept. 29, 2017, file photo.

Heather and Eric Schiff moved from Mission Hills after the Rucker fire, in part because of concerns about evacuating their daughter EmmaRose, who has special needs. The 2017 fire burned near this church parking lot on Rucker Road.

With trees and brush still smoldering on the adjacent hillside, Rucker Road, one of the main access routes in Mission Hills, is closed during the Rucker fire in September 2017.

Although Heather Schiff’s job involves emergency planning and management, the Lompoc resident didn’t carry those aspects of her work life home with her.

That all changed two years ago.

Schiff and her family were living in Mission Hills when the Rucker fire spread around their community in September 2017.

Going through that experience — particularly given that she and her husband, Eric, have a daughter, EmmaRose, with special needs — highlighted how critical emergency planning can be, she said.

“We had nothing at home,” she said recently, as she recalled the blaze that burned nearly 450 acres and threatened more than 150 homes just north of Lompoc.

Although the Rucker fire was scary at the time, it ultimately proved to be a learning experience for the Schiffs and other families who are now more prepared.

Jennifer Valencia, whose family also lived in Mission Hills at the time of the Rucker fire, said she was similarly caught off-guard when it came time to evacuate.

“We’re pretty good about talking about stuff and planning things out, but I had no idea what to grab,” she said. “But, I think in that moment I couldn’t even think straight. I had no choice really; I had to leave.”

After the fire, she and her husband, along with their two daughters, discussed what to do in future emergency situations. First on that list, she said, was to have a predetermined safe place where everyone goes to reunite.

She also noted the fire emphasized the need to have important documents and photos stored together in a way that would be easy to access and remove in case of an emergency.

For the Schiffs, the thought of losing their daughter’s medication and specialized equipment was harrowing.

“Medical needs are things that a lot of people don’t think about,” Heather Schiff said. “Everyone thinks about water, food or a change of clothes. Our biggest thing was medications.

“Even if people don’t have needs as big as Emma’s, afterward it’s going to be hard to get your blood-pressure medication, or things like that,” she added. “That’s something that I’ve probably never thought about, and I don’t see that too often on checklists.”

Beyond the medication, the Schiffs were also concerned about all the equipment they had acquired, some through nonprofit organizations, to help care for EmmaRose, who suffers from Angelman syndrome.

That equipment includes a special safety bed, a walker and a specialized bicycle.

Heather said that losing it all “would have been devastating for us.”

While several residents in the Mission Hills, Mesa Oaks and Vandenberg Village communities have reported being more diligent about emergency planning after the Rucker fire, the organizations that provide services to those communities also are working to improve preparations.

Loch Dreizler, the general manager of the Mission Hills Community Services District, which primarily oversees water and wastewater usage, pointed out that his organization has taken steps to protect water lines and wells in cases of emergency.

“One of the main things for us is to keep water production going,” he said, noting that doing so benefits residents and also helps firefighters who may need the water to battle fires.

The Mission Hills CSD, he said, purchased a new generator in October amid the uncertainty of power from Pacific Gas and Electric Co., which is now shutting down lines ahead of what it deems to be conditions conducive to fire risk.

The new generator, Dreizler noted, is not only stronger than its predecessor but also portable, unlike the district’s previous unit, and can be moved to different locations if needed.

The generator is able to power two of the district’s three wells, with the other being gas-powered and able to operate without electricity.

“That gives us a little bit of an advantage with power outages, that we have that option to use a gas-powered well pump,” Dreizler said.

The district also maintains vegetation-free buffers around its six treatment ponds and other facilities in an effort to reduce fire risk.

Grazing goats are being used to help those weed-abatement efforts, but Dreizler noted that the goats aren’t being replaced as they die, so this generation is expected to be the last.

As Valencia, who has moved her family to Vandenberg Village, thinks back to her pre-Rucker fire preparations she acknowledges, “Maybe I was a little naïve.”

“I think I would be more on it [now],” she said of an evacuation situation. “I had a lot of self-doubt, like I should’ve done this or should’ve done that, but I think the biggest thing was not having cellphone service [due to outages] and not being able to communicate with anyone.

Our View: Avoiding the burn in California

OPINION Today’s editorial is all about sharing the stories of your friends and neighbors, and their thoughts and fears about wildfires, all of which collectively paint a crucially important picture.

“I’m definitely more aware of it now, of the danger,” she added.

Eric Schiff said his message for people at risk of facing a similar situation is simple: “Be prepared. Don’t take it lightly.”

He said that having a plan and a physical checklist can make a huge difference.

“I kind of laughed at people about it in a way — not out loud, but you know what I mean — and figured it’s not going to happen or whatever, or I’ll just wing it,” he said of making preparations. “But, no, nowadays you need to be prepared.”

“If you take the time to think about it before [the emergency], that can make all the difference,” she said.

More in Series: Wildfire County - Planning for the next big blaze (21 of 23)