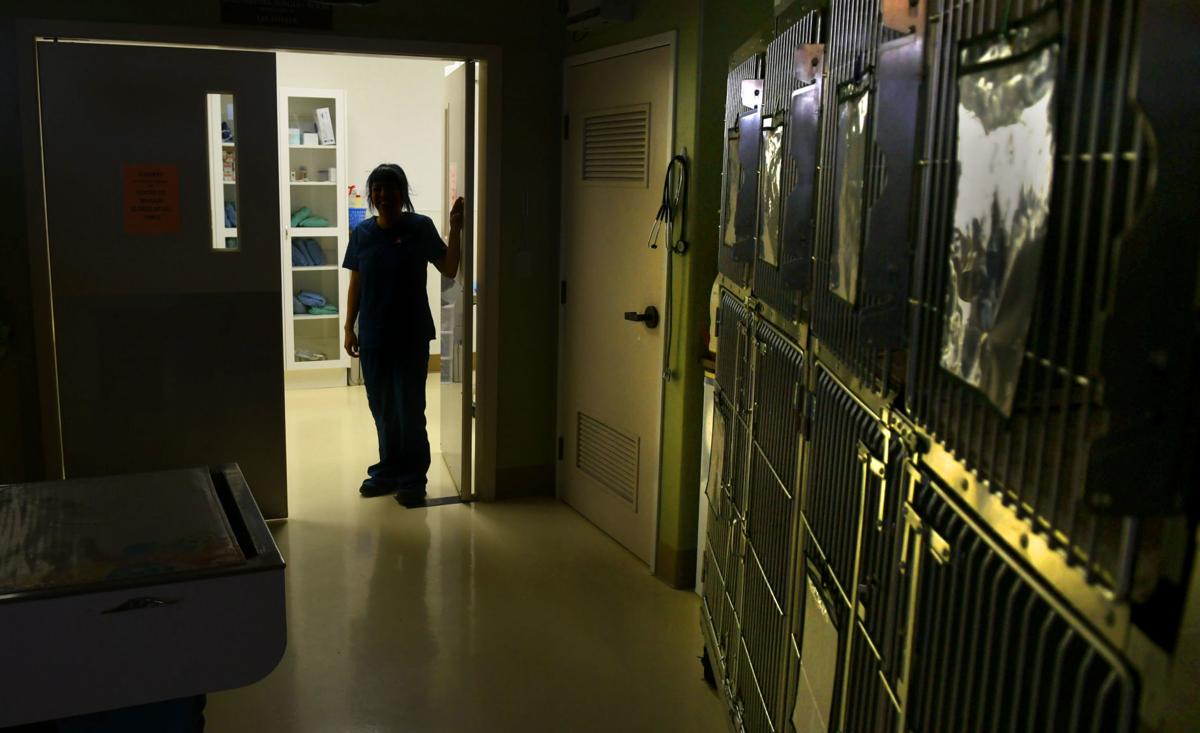 Brenda Robles, a veterinary assistant at the Santa Maria Valley Humane Society, stands in the darkened spay and neuter clinic. The shelter, which has scaled back its programming and staffing due to a lack of funding, is exploring a possible merger with the Santa Barbara Humane Society. 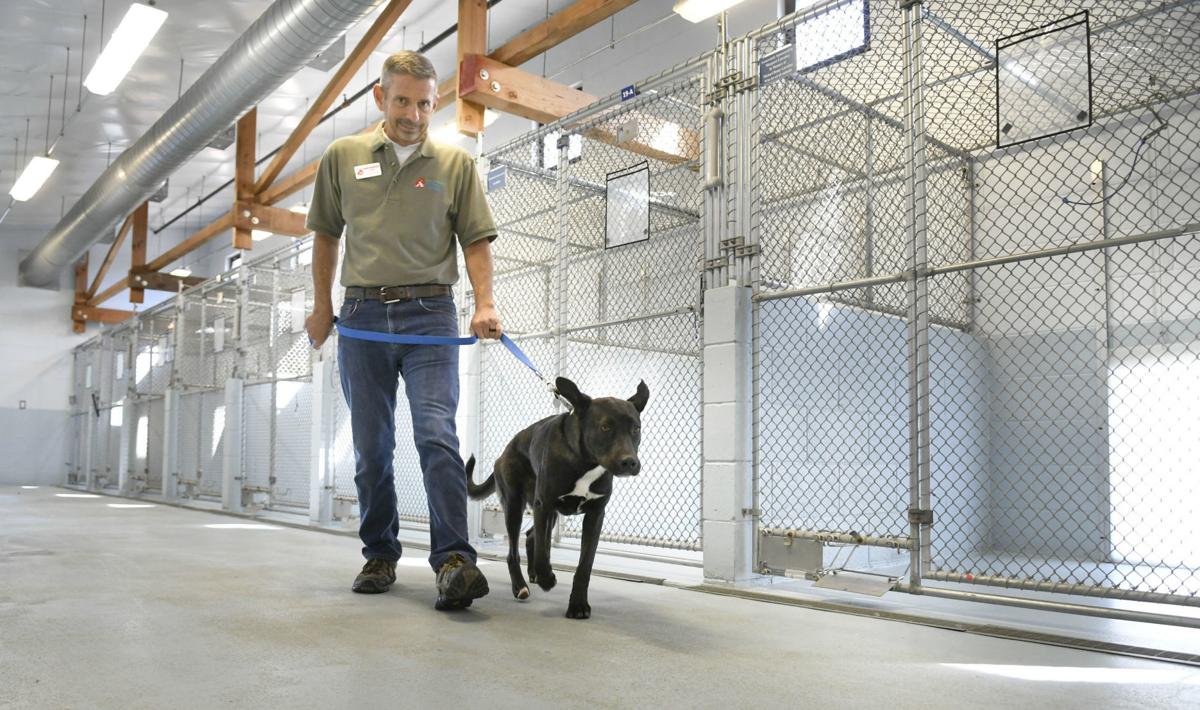 Sean Hawkins, executive director of the Santa Maria Valley Humane Society, walks a dog back to its kennel. The building is mostly unoccupied, since dogs have been moved to another wing because of funding-related staffing reductions. 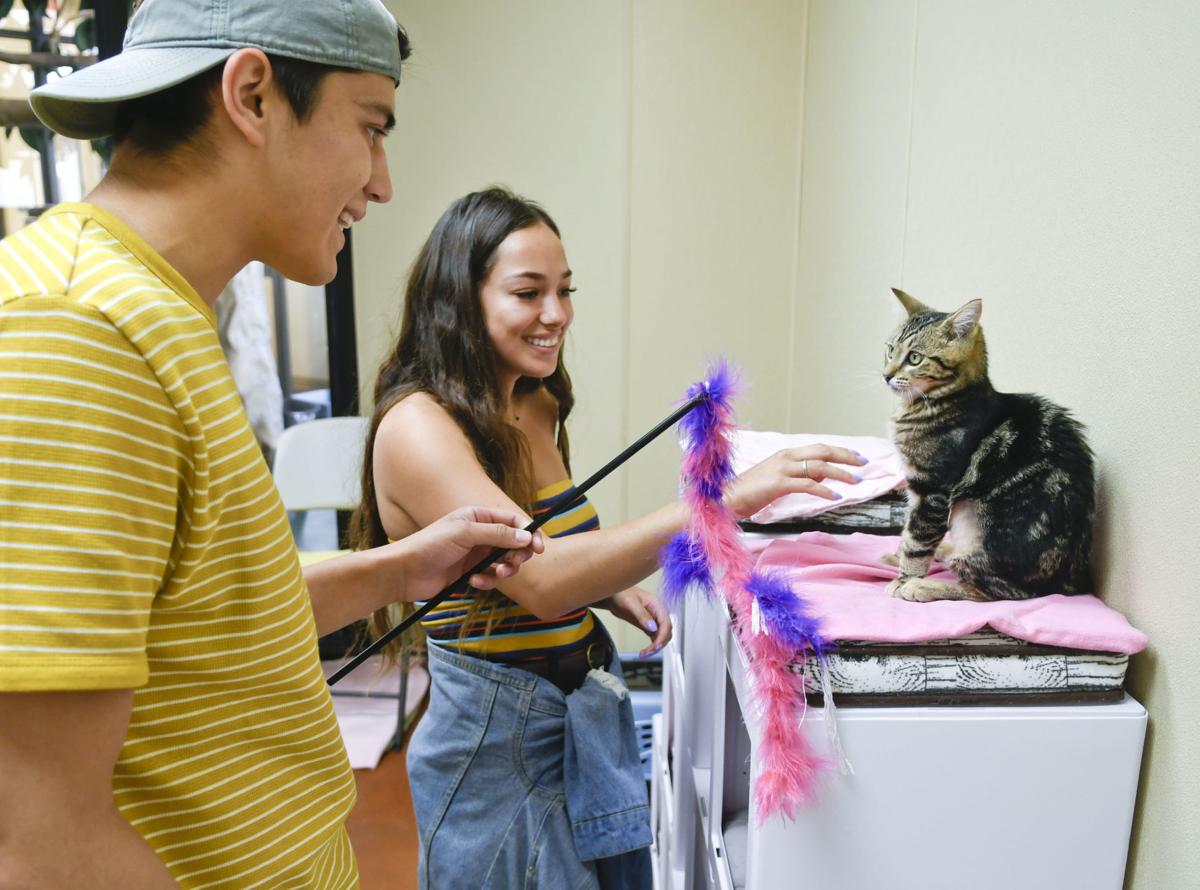 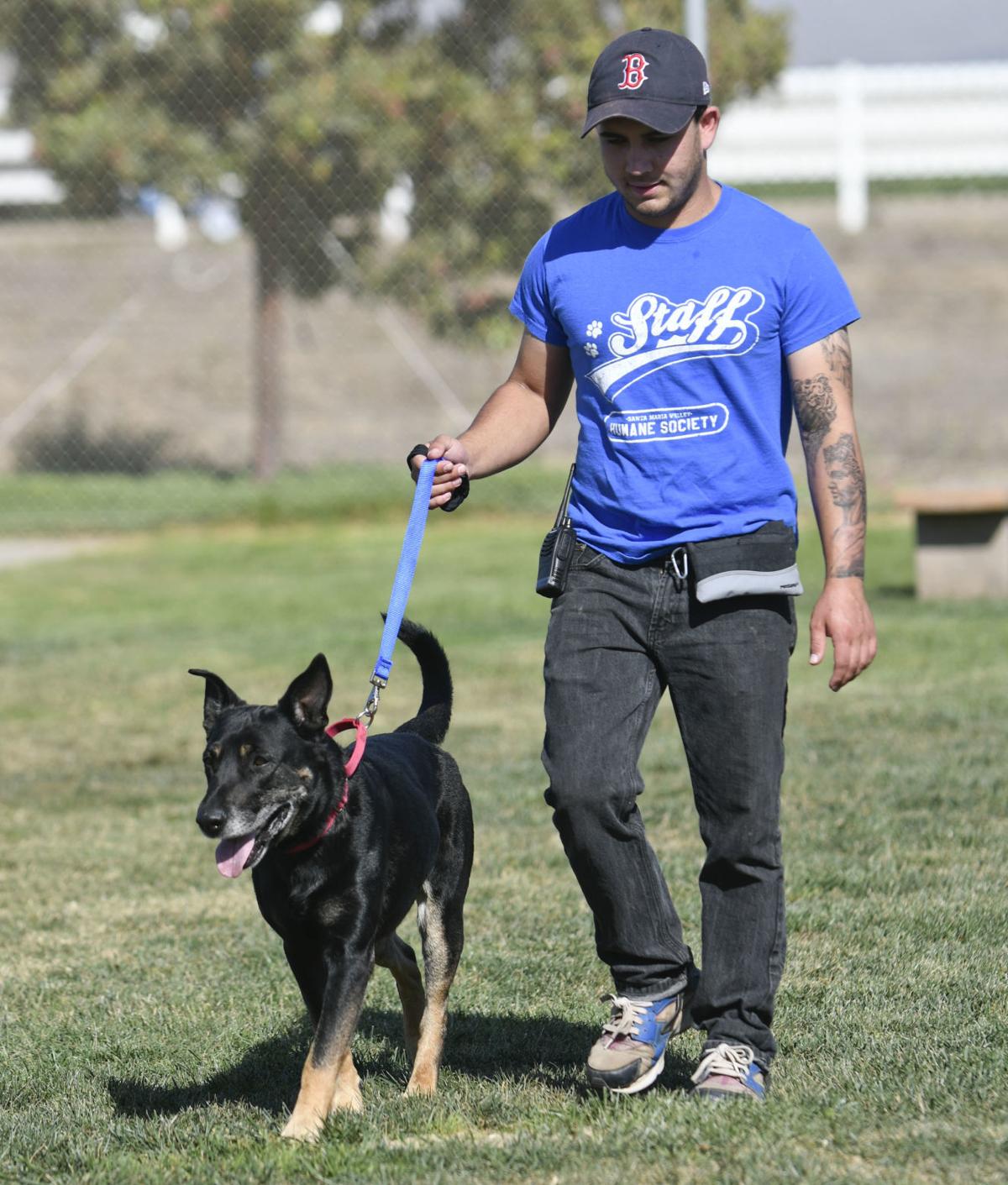 A shortage of funds is driving program and staffing cuts at the Santa Maria Valley Humane Society as the shelter continues exploring a merger with its counterpart in Santa Barbara that would strengthen both nonprofits.

Over the last 15 months, the Santa Maria Valley and Santa Barbara humane societies have been negotiating the merger that would unite the two largest independent nonprofit shelters in the county.

While the terms have not been finalized, the end product would create one organization with two shelters, expanding the fundraising footprint and service area of both humane societies.

The negotiations are taking place at a time when both shelters are experiencing increased animal intakes and demand for services like spaying and neutering.

At the Santa Maria Valley Humane Society, located at 1687 W. Stowell Road, increased demand has strained the shelter's resources, resulting in programs and staffing being scaled back due to a lack of funds.

In recent months, the shelter has reduced full-time staff from 31 to 25 people.

Tax-deductible donations to the Santa Maria Valley Humane Society can be made by www.smvhs.org/donate.

The shelter's public Amazon wishlist can be seen at www.smvhs.org/wish-list.

For those interested in adopting a cat or dog, contact the Santa Maria Valley Humane Society at 805-349-3435. Adoptable pets can be seen online at www.smvhs.org/adopt.

Dog care has been limited to only one of the shelters three kennel areas, animal transfers from other shelters have been temporarily halted and veterinary care for low-income families has been suspended.

While fundraising has been strong, it hasn’t kept pace with the demand for more services, said Sean Hawkins, executive director of the Santa Maria Valley Humane Society.

"As we've created and promoted these programs, the demand has increased beyond what we can provide," Hawkins said. "We could run the veterinary clinic seven days a week. Right now, we run it three days a week. We could fill up every kennel in the building, but I've got one kennel full.

"It's sad — there's so many animals that need help, but there's not enough funds to help everybody," he said.

The Humane Society’s annual “Beat the Heat” promotion, which provides free spaying or neutering for up to 100 cats, also was canceled this year.

The program relied on county sponsorship money that wasn't approved for this year.

Hawkins said some of the programs would return in the fall when nonprofits generally experience higher donations.

The Santa Barbara Humane Society — which has a $30 million endowment, according to its publicly available tax records — is continuing its “Beat the Heat” promotion throughout September.

The Santa Barbara Humane Society is located at 5399 Overpass Road.

Officials at both nonprofits say forming a single countywide organization makes the most sense for continuing to best serve the area’s animals and that they hope to finalize the process by the end of the year.

Currently, the two organizations are often put in a position where they’re performing the same role in nearby communities while competing with one another for public attention and donor dollars, Hawkins said.

“At one point this year, we were hiring a shelter vet, a shelter manager and volunteer director — so we’re competing against each other for the same talent, too,” he said. “At the end of the day, we have the same mission — to help dogs and cats. There’s a lot of reasons why [merging] is the smart thing to do.”

Kerri Burns, executive director of the Santa Barbara Humane Society, said the two humane societies would be more effective and efficient as one organization.

While residents sometimes have the misconception that local humane societies all have a connection to the Washington, D.C.-based Humane Society of the United States, each shelter operates as an independent charity and relies on support from community members, Burns said.

“[A merger] would allow the donor dollar to go that much further,” she said. “It’s what's best for the animals. The dogs and cats don’t care if they’re in North County or South County.”

Going forward, the boards of directors of both organizations will need to agree on the terms of the merger.

“It’s everything from name and logo colors to things like, 'Is the administrative office going to be here or there?' (and) 'Are all the programs we offer here going to be offered there?'” Hawkins said. “It’s a huge process.”

Both Hawkins and Burns said they believe the boards of directors are nearing the end of the negotiation process and hope an agreement will be finalized by the end of the year.

After months of meetings regarding rent protections for Santa Maria mobile home park residents, city officials and stakeholders have developed…

In 1984, a small group of volunteers formed the Santa Maria Valley Humane Society, holding spaghetti dinners and bake sales for funding and fo…

Brenda Robles, a veterinary assistant at the Santa Maria Valley Humane Society, stands in the darkened spay and neuter clinic. The shelter, which has scaled back its programming and staffing due to a lack of funding, is exploring a possible merger with the Santa Barbara Humane Society.

Sean Hawkins, executive director of the Santa Maria Valley Humane Society, walks a dog back to its kennel. The building is mostly unoccupied, since dogs have been moved to another wing because of funding-related staffing reductions.