The history of airshows goes back almost to the dawn of aviation itself. The first was the Grande Semaine d’Aviation de la Champagne, held near Reims, France in August 1909. As with airshows today, it was designed to show off the latest aircraft and advancements in aviation technology; and almost all of the prominent aviators of the time took part. Over 500,000 visitors attended the event.

It was sponsored by many of the leading makers of Champagne, including Moet et Chandon and Mumm. The first major airshow in the United States was the Los Angeles International Air Meet at Dominquez Field, which took place in January 1910. It is estimated that 254,000 people attended this 11-day event.

Today, airshows are as popular as ever. The Paris Airshow at Le Bourget Field (where Lindbergh landed), along with the Farnborough Airshow in England, are two of the largest airshows in the world, followed by airshows in Dubai and Singapore. Le Bourget has been held every odd-year since 1949, and in 2017 attracted over 180,000 general public visitors as well as an estimated 3,450 journalists.

The Farnborough International Airshow is a week-long airshow, that is held every even-numbered year. It is held at the Farnborough Airport in Hampshire, United Kingdom, and is the second-largest after the Paris Air Show. In addition to these major events, there are approximately 350 airshows per year in the U.S. and Canada.

The Santa Maria Airport has its own history of airshows through the years. At the inaugural Central Coast AirFest last October, approximately 15,000-17,000 people attended the two-day event. In fact, the event received the International Council of Airshow (ICAS) Platinum award for the best, small civilian airshow. Not bad for this first effort!!

Obviously, airshows are very popular throughout the world. But the local Central Coast Airfest Committee has some very strong reasons for bringing an airshow to Santa Maria.

First is the fact that an airshow brings the community together, and is enjoyed by all ages and demographics. The Central Coast Airfest will feature aircraft stretching back to World War II which will be on the ground for viewing, as well as aerial performances. Headlining the event this year will be the Air Force F-16 Viper Demonstration Team.

This airshow will also have food vendors, a beer garden, and a section for local non-profits, an airplane pull benefitting the Special Olympics, as well as two McDonald’s Kid’s Zone -- truly a community event!

Secondly, an airshow is a great way to get young people interested in careers in aviation, both military and commercial. It is an opportunity to talk to aviation professionals, including pilots, mechanics and ground personnel, as well as our own local airport aviators and operators. With the critical shortage of commercial and military pilots today, an airshow is a great way to inform and excite young people about careers in that particular aviation field.

An airshow is also a great economic boost to the community over the two days of the event, plus the week prior to event when aircraft and air crews begin arriving. Last year, the Santa Maria Chamber of Commerce estimated a positive economic benefit to the Santa Maria community of approximately $435,000, which included hotel rooms, meals, rental cars, etc. — all of which are needed to make AirFest possible.

Finally, the Central Coast Airfest will show off the wonderful airport facilities located at the Santa Maria Airport. It is a great way to introduce our airport to potential air carriers, as well as the general aviation public.

Given the scope, excitement and community support of the first annual Central Coast Airfest, we believe AirFest will become one of America’s great airshows, and a signature event on the Central Coast.

Central Coast AirFest to fill the skies over Santa Maria with aviation's graceful past, thunderous present

The Central Coast AirFest is set to take to the skies over Santa Maria this weekend offering spectators the chance to experience the beauty of aviation with several types of aircraft. Planes and helicopters, new and old, will show their prowess in the air as attendees get close to machines that have captured the imagination of generations.

While much of the fanfare around the Central Coast AirFest celebrates talent on the aerobatics scene, the event also honors the country’s military history and pilots who served in years past.

The fast and furious of aviation: Viper Demo to perform at AirFest with new pilot

As a kid, Garret Schmitz was enchanted by an aerobatic performance by the U.S. Air Combat Command’s F16 Viper Demo in his hometown of Price, Utah. Years later, he ended up becoming not only an Air Force pilot, but a pilot with the same demonstration team he saw when he was young. Schmitz now tours the country to perform with the Viper Demo in various air shows, including the Central Coast AirFest. 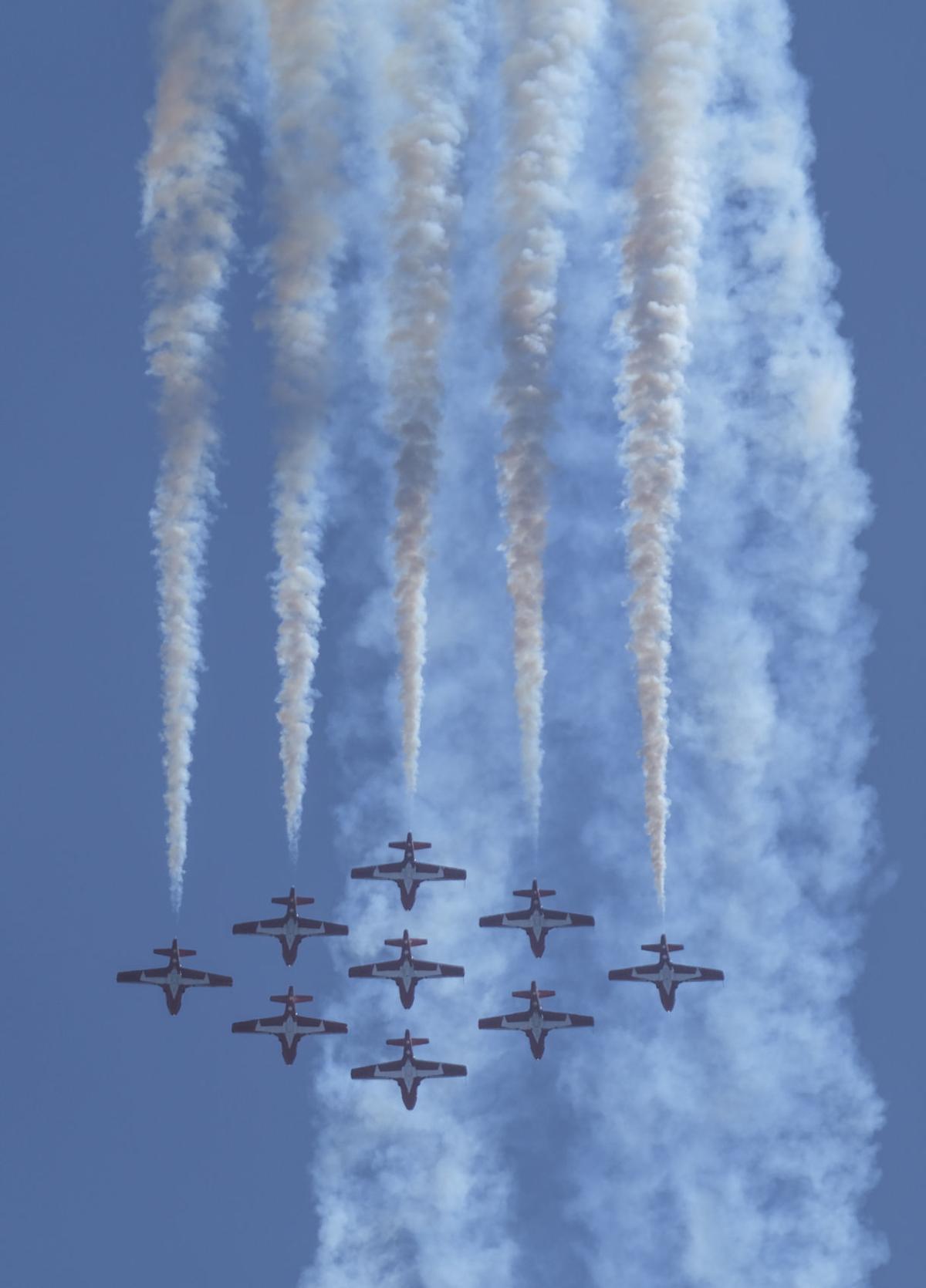 Members of the Royal Canadian Air Force Snowbirds show one of their signature formations during the 2018 Central Coast Airfest at Santa Maria airport. 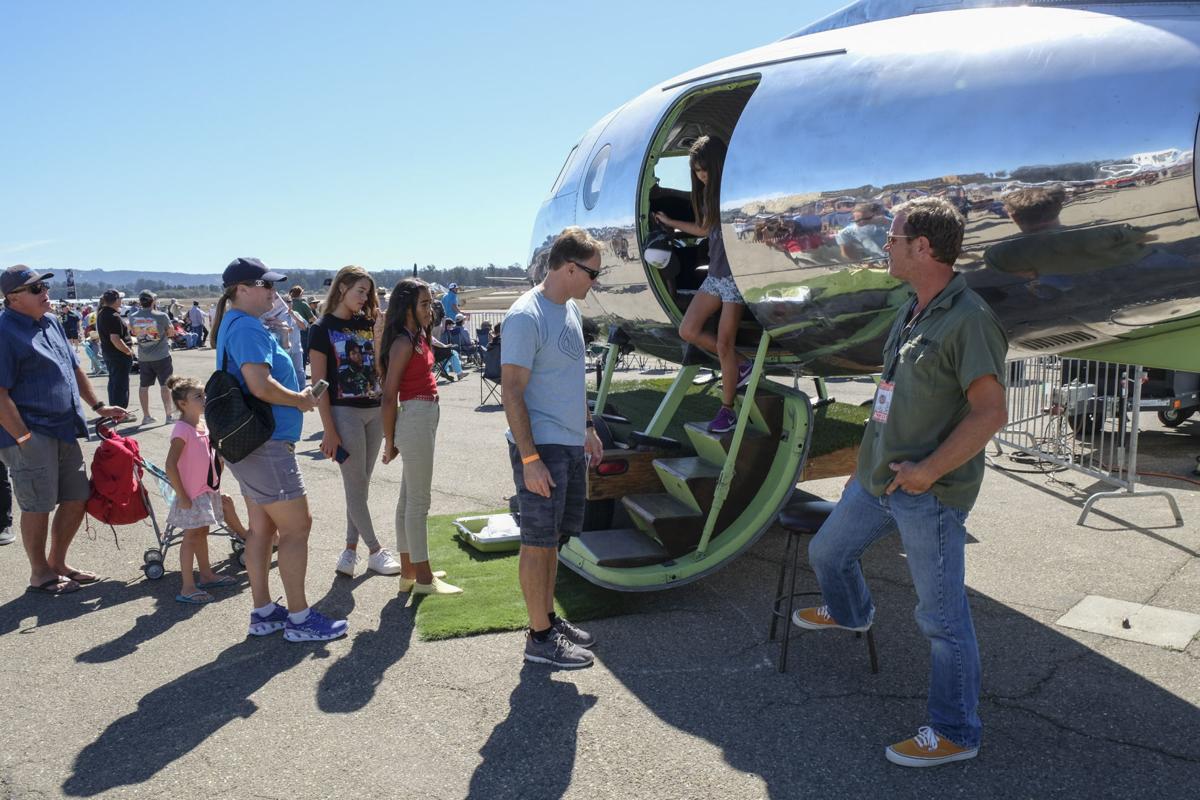 Designer and builder Dustin Otterbath, of Santa Ynez watches as airshow spectators enter his photo and music booth he made from a Jet Stream 31 and 727 cowling at the Central Coast Airfest at Santa Maria airport in 2018. 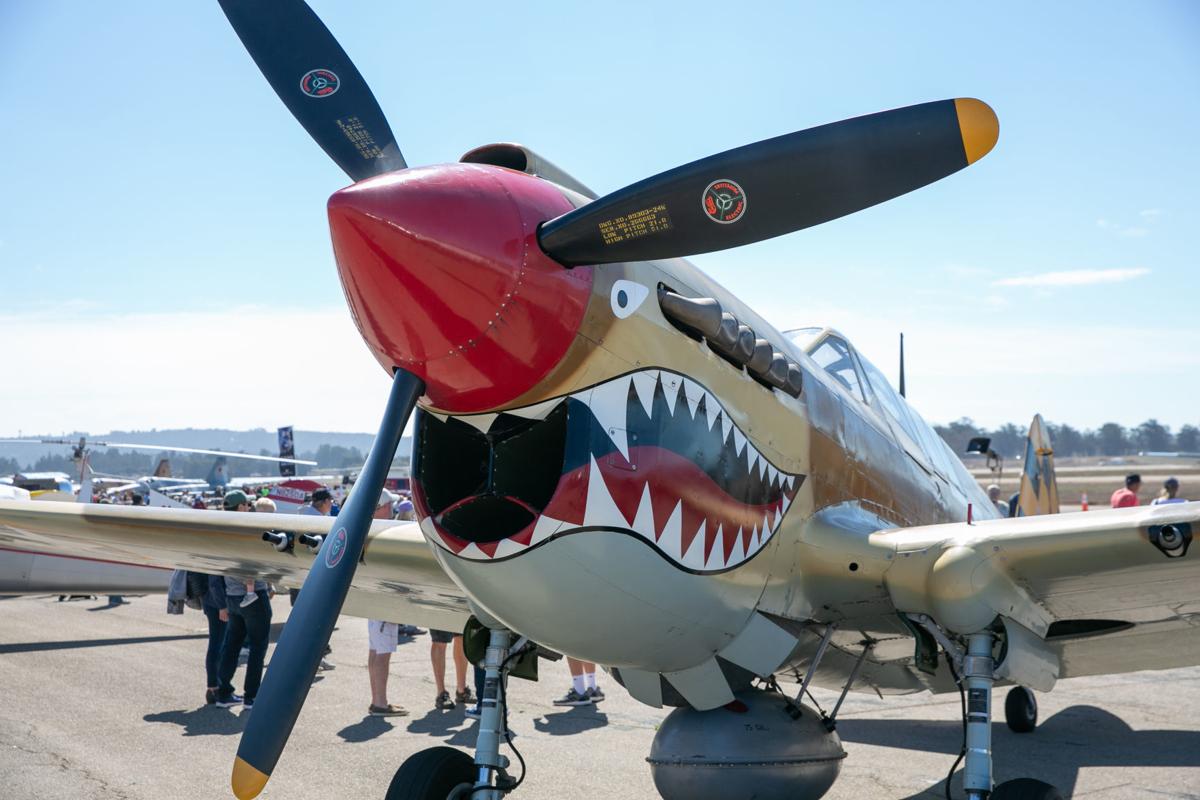 Old warbirds were on display in 2018 as part of the inaugural Central Coast AirFest at the Santa Maria Airport.