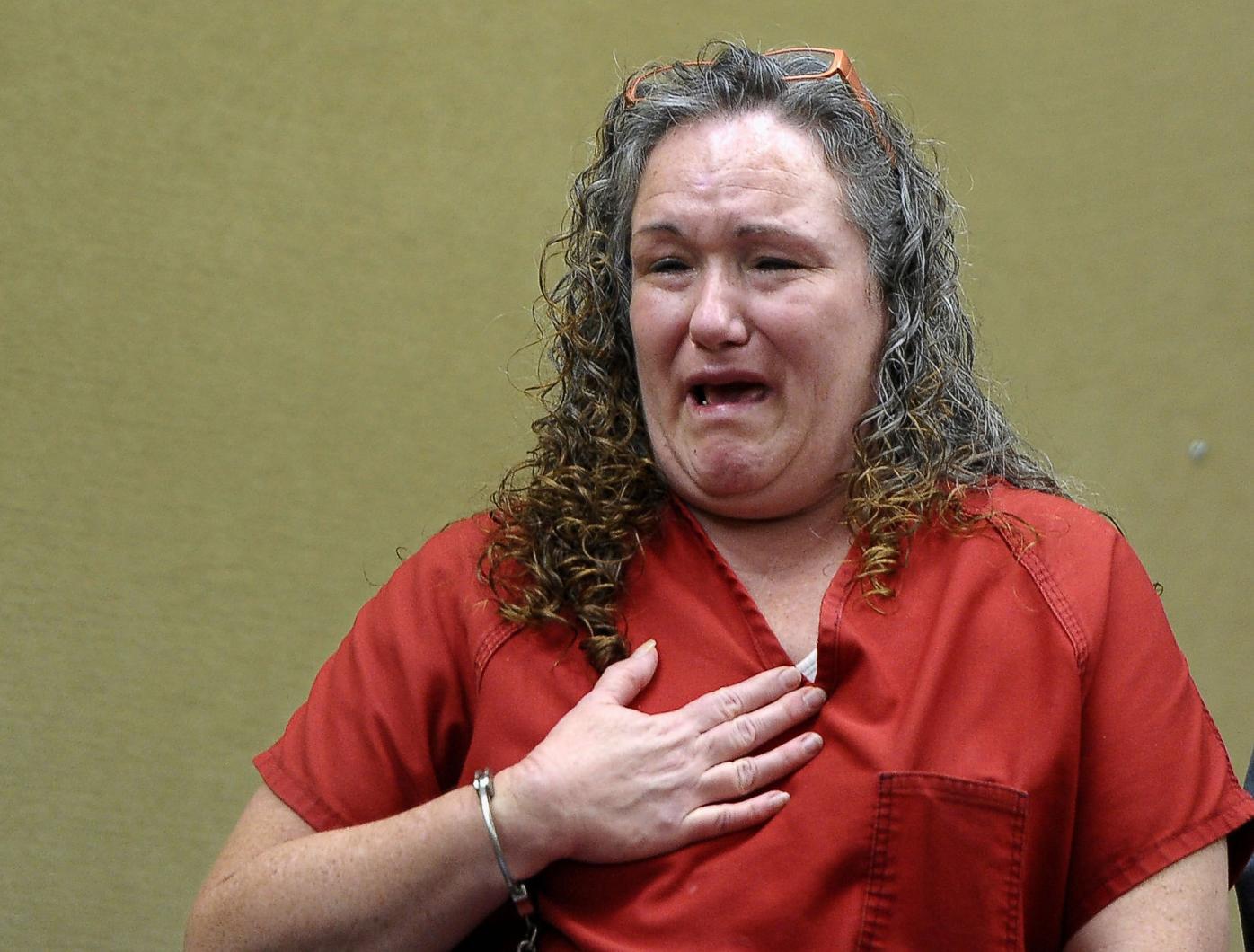 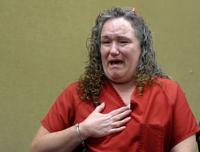 Arroyo Grande resident Michelle Hart appears for sentencing in San Luis Obispo Superior Court on Wednesday. Hart was driving under the influence when she hit and killed cyclist Glen Harley Fulton and, then, fled the scene. She shows emotion as she apologizes to the Fulton family. 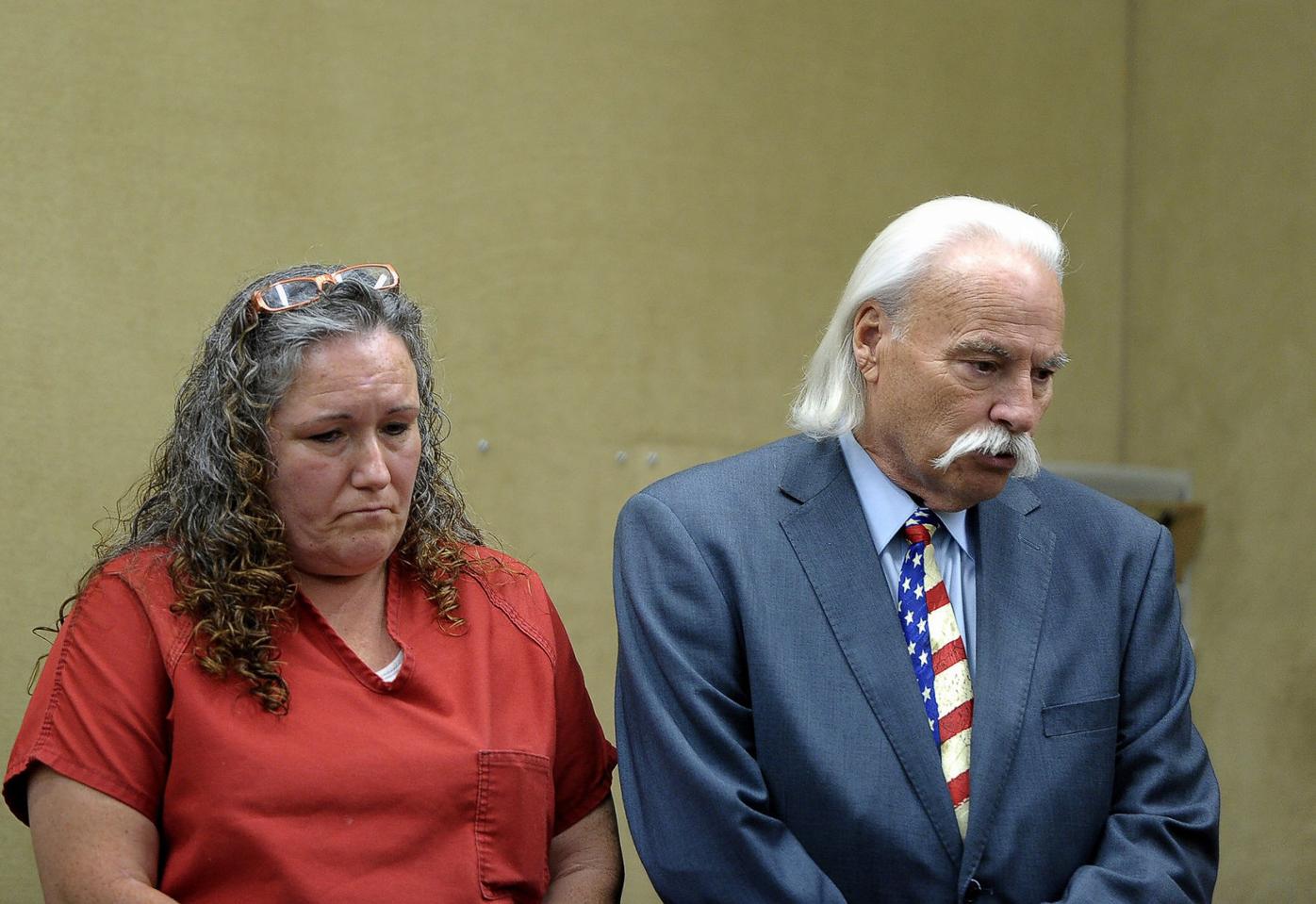 Arroyo Grande resident Michelle Hart appears in the San Luis Obispo Superior Court on Wednesday with her attorney, Ron Crawford, for sentencing to prison. Hart was driving under the influence when she hit and killed cyclist Glen Harley Fulton and, then, fled the scene. 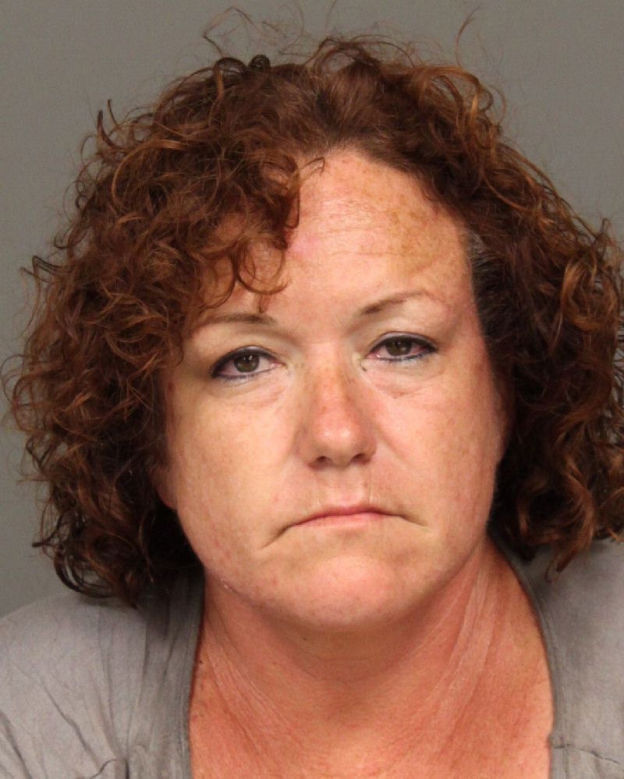 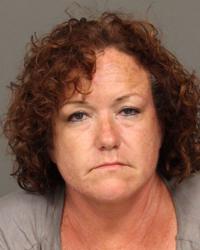 Arroyo Grande resident Michelle Hart appears for sentencing in San Luis Obispo Superior Court on Wednesday. Hart was driving under the influence when she hit and killed cyclist Glen Harley Fulton and, then, fled the scene. She shows emotion as she apologizes to the Fulton family.

Arroyo Grande resident Michelle Hart appears in the San Luis Obispo Superior Court on Wednesday with her attorney, Ron Crawford, for sentencing to prison. Hart was driving under the influence when she hit and killed cyclist Glen Harley Fulton and, then, fled the scene.

The family of an Arroyo Grande man killed by a drunken driver who fled the scene after the collision told the woman responsible they would never forgive her during an emotionally charged sentencing hearing Wednesday morning that left even the judge choking back tears.

"Had you chosen to stop and help somebody, maybe (we could) forgive," Clint Fulton said during Michelle Yvonne Hart's sentencing hearing in San Luis Obispo Superior Court. "It's just really hard to understand how somebody could do something like that."

Hart, 46, also of Arroyo Grande, has been in custody at San Luis Obispo County Jail since the Oct. 1, 2014, collision on southbound Los Berros Road, where she struck Glen Harley Fulton, who was riding a bicycle, from behind. The impact caused a 48-year-old Fulton to be ejected from his bicycle.

Fulton was wearing a helmet but sustained fatal head injuries, according to the California Highway Patrol. Hart fled the scene but was arrested a short time later in Nipomo, with the help of eyewitnesses.

Hart recently agreed to a plea bargain in the case, pleading no contest to second-degree murder while driving under the influence of alcohol for Fulton's death as well as felony hit-and-run causing the death of another.

She was sentenced to 15 years to life for the murder charge and three years for the hit-and-run. Hart must serve the full 15 years and 85 percent of the three-year sentence before she's eligible for parole.

Clint Fulton said his four young children are having a hard time dealing with the loss of their uncle and that his family has been plagued by anxiety, depression and sleepless nights since his brother's death.

Brett and Gia Fulton both said Fulton's death is something their family may never be able to overcome, as the loss wasn't necessary and has left "an empty hole of sadness" where their loved one should be.

Gia Fulton said her brother in-law was a good man, who was irreplaceable, and that it feels like "there's a huge hole in our lives where Glen should be."

Brett Fulton said he will never forgive Hart for her actions and that he would be at every one of her parole hearings to fight to keep her incarcerated.

"She'll see my face again," he said, adding all Hart could think about after killing his brother was "saving her miserable self."

Through a steady stream of tears and a broken voice, Hart told the Fulton family there was nothing she could say to ease their sorrow. She also apologized to them and her own family.

"There's no words for the pain I have caused you," she said. "I pray for your pain. I think about it every day. I'm so sorry for everything. I try my best to use this testimony as a way to show others there's another way to live."

Because Hart had been convicted for driving under the influence twice within the last 10 years, the District Attorney's Office was able to use the state's Watson Murder Rule to charge her with murder for Fulton's death.

The Watson Murder Rule allows prosecutors to charge an individual with second-degree murder for a driving-under-the-influence collision involving death when the person has multiple DUI convictions and there is evidence of implied malice.

Blood samples drawn from Hart revealed she had alcohol, methamphetamine and THC, the active ingredient in marijuana, in her system at the time of the fatal collision.

Choking back tears, Superior Court Judge Jacquelyn Duffy called the case a terrible tragedy, acknowledging Hart has had a turbulent past that included an abusive childhood but said she allowed drugs and alcohol to overtake her life.

"You have a choice as to what faces you in the future," Duffy told Hart. "You can't bring (Glen Fulton) back but you can live your life in way that honors who you are supposed to be."

Hart has been taking advantage of self-improvement courses offered at County Jail, and staff at the facility wrote a letter stating they believe other inmates struggling with addiction issues have much to learn from the woman.