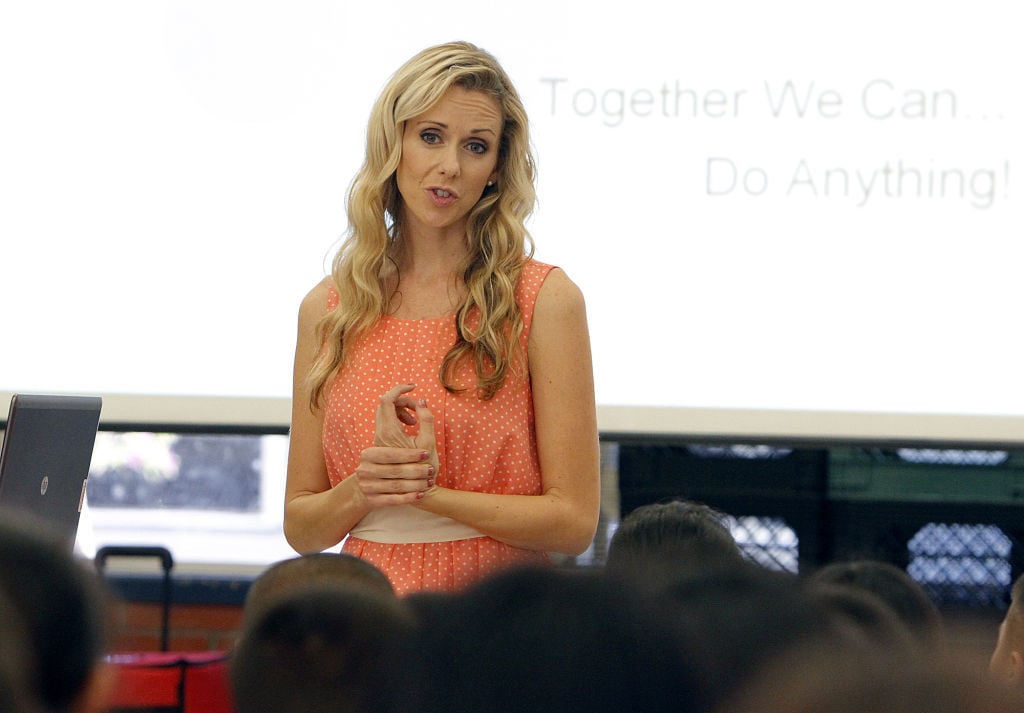 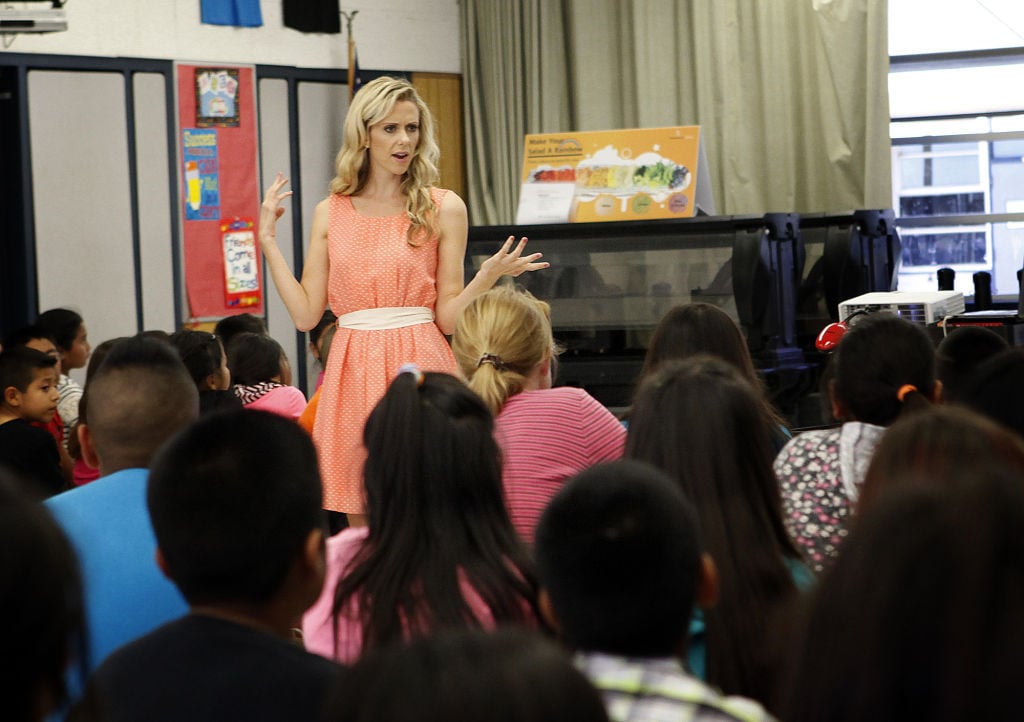 Sarah Kesty, who wrote the book "Everybody has Something," speaks to students at Adam Elementary School on Monday.

Children's author and inspirational speaker Sarah Kesty shows students at Adam Elementary some examples of famous people who overcame challenges in their lives.

Sarah Kesty, who wrote the book "Everybody has Something," speaks to students at Adam Elementary School on Monday.

Children's author and inspirational speaker Sarah Kesty shows students at Adam Elementary some examples of famous people who overcame challenges in their lives.

In an era where teachers need to be at least bilingual, Sarah Kesty speaks fluent "school kid."

The acclaimed children's author, spoke about embracing differences and overcoming challenges to groups of third- and fourth-grade students Monday at Adam Elementary School in Santa Maria, and the message was delivered because she spoke their language.

Kesty, whose book "Everybody has Something" offers children lessons in self-awareness and self-esteem, works to end bullying by getting kids to look in the mirror and find their "somethings" -- both good and bad -- that make them different and special. Her lesson starts with getting them to realize that if they're having difficulties in school or with others, they're not alone.

She points out that even famous people aren't perfect and have their difficulties.

Los Angeles Lakers star Magic Johnson had problems reading. Actors Tom Cruise was bullied at school and abused by his father, while Orlando Bloom had difficulty writing. Movie stars Julia Roberts and Samuel Jackson both had painful stutters when they were young. Adam Levine, of Maroon 5 and "The Voice" fame, had attention deficit hyperactivity disorder (ADHD), which Kesty called "Wild Pony Brain." And pop star Selena Gomez, whose photo drew "oohs" and "ahhs" from the students, was homeless before hitting it big.

Kesty's message that these people overcame their difficulties was genuine because she's been there. She was born with Charcot-Marie-Tooth disease, which deformed her foot and caused her great pain throughout her life.

"I always grew up with the message that everybody had something because I struggled a little bit when I was a kid," she said. "My mom told me it was OK to struggle. Making it safe to struggle was huge."

The 31-year-old Kesty, who teaches in the Twin Rivers School District near Sacramento and was named that district's teacher of the year in 2014, has experience teaching students from kindergarten through high school. She also has experience working with special education students and has been a longtime Special Olympics coach.

Kesty's message meshed perfectly with Adam Elementary's three key rules: Be safe, be respectful and be responsible, which is why Principal Laurie Graack asked her to visit Adam Elementary.

"We are excited to bring in a well-known speaker to discuss empathy with our students," said Graack, who attended one of Kesty's presentations at a special education workshop. "We all understand that when a bystander takes the empathetic perspective of the victim, they are less likely to remain passive and more willing to support the victim. At Adam School, we focus on empowering students to "Stand Up to Bullying!" and this is a natural extension of those efforts."