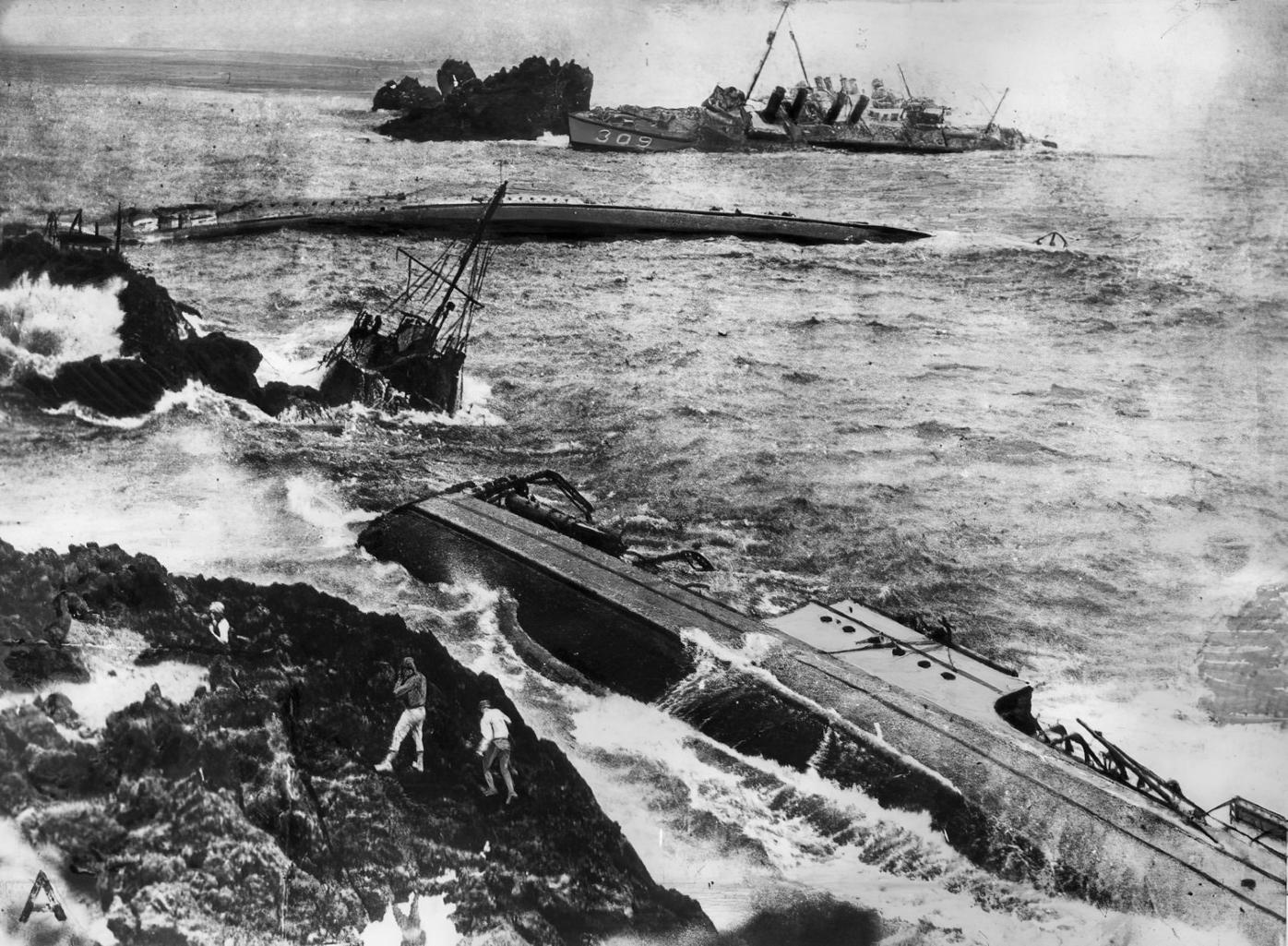 From top to bottom, four of seven ships that ran aground at Lompoc's Honda Point in 1923. The Woodbury is shown with the Fuller barely visible in the rear, the Young, and the Delphy, which is seen broken in two. 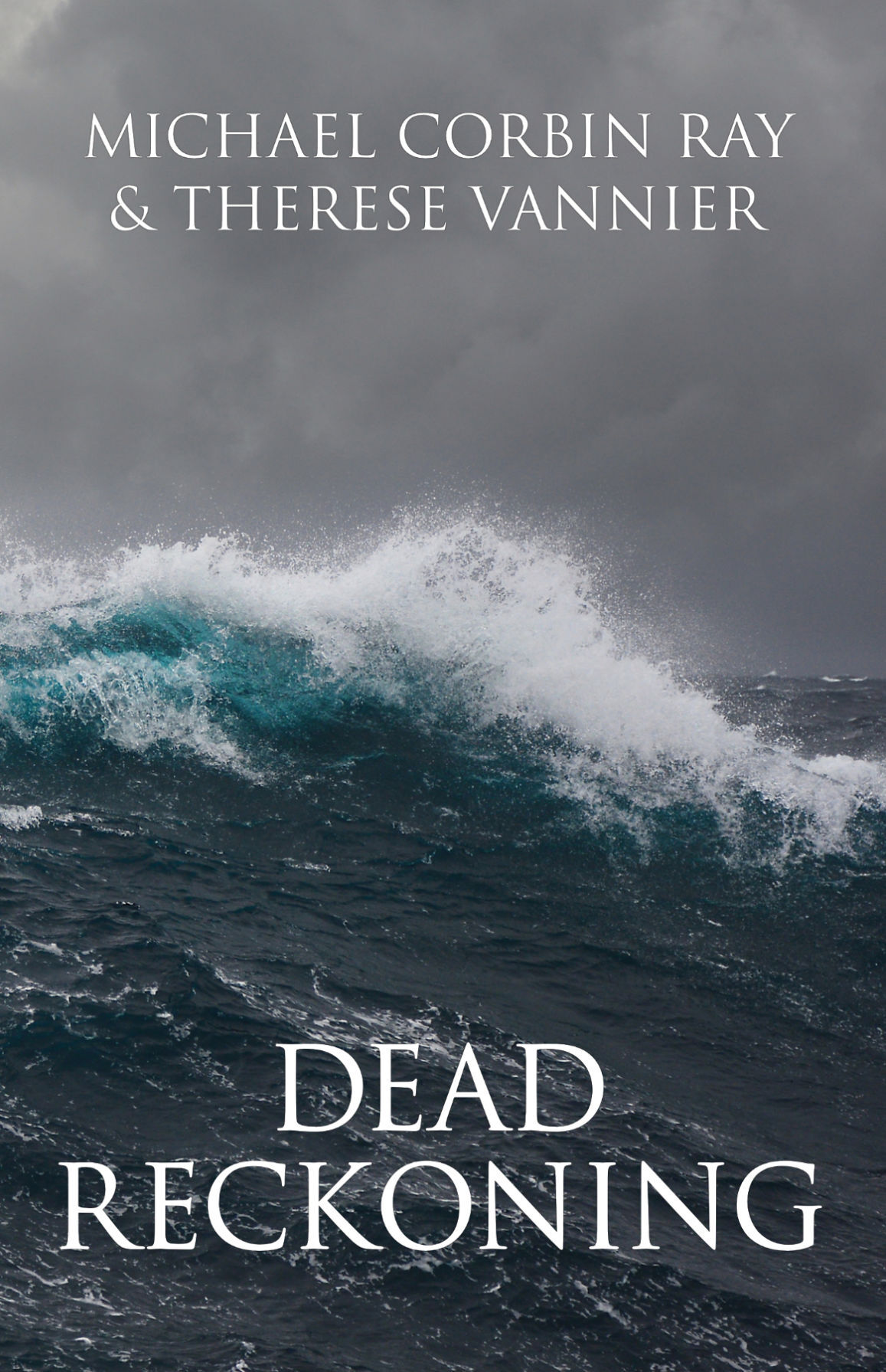 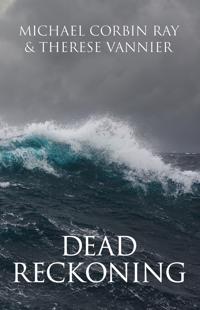 "Dead Reckoning," a book loosely based on the 1923 Honda Point disaster in Lompoc, is slated to launch on the 97th anniversary of the historical event on Sept. 8. 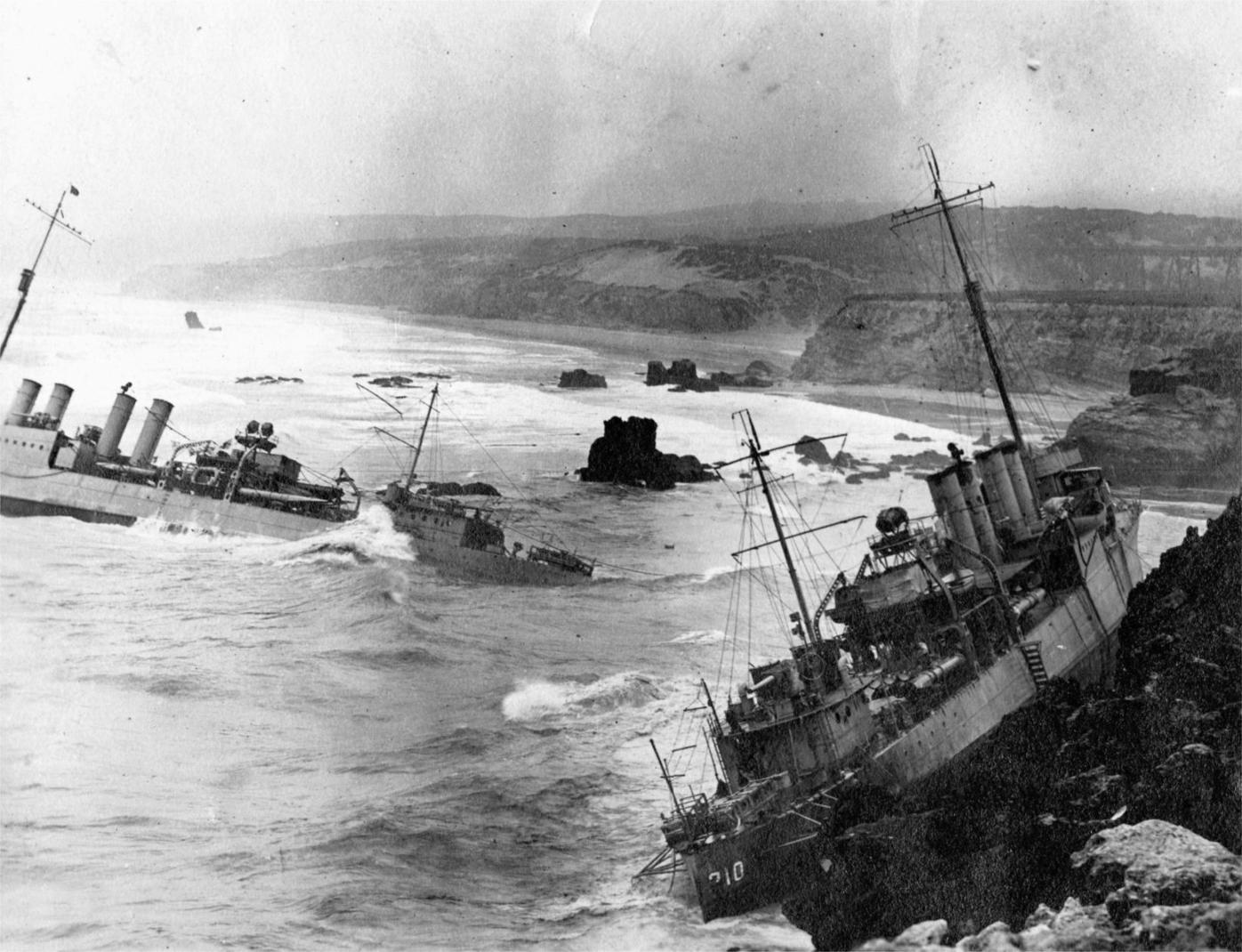 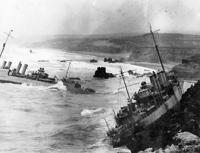 The Nicholas, left, and the S.P. Lee were two of seven ships involved in the 1923 Honda Point disaster in Lompoc.

A headline in the Sept. 14, 1923, edition of the Lompoc Record describes the Honda Point disaster.

While waiting for her burger at Jalama Beach Grill in Lompoc, Therese Vannier came upon a collection of black and white images and historical news clippings of the Sept. 8, 1923, Honda Point disaster displayed on the restaurant's walls.

The tragic incident, which claimed the lives of 23 sailors, stuck with her.

"Dead Reckoning" is a fictional story based around the tragic sea event, which saw seven destroyers run aground at Honda Point, a few miles from the northern side of the Santa Barbara Channel off Point Arguello. It backtracks history, highlighting both real and fictional officers and civilians prior to and in the aftermath of the disaster.

The story follows the daily lives of a group of low-ranking enlisted sailors on shore leave in San Francisco during the Prohibition-era, and later, aboard the flagship USS Delphy headed south for San Diego, which would eventually meet with disaster alongside six other destroyer ships.

"She's been kind of obsessed about it," Corbin Ray said, referring to Vannier's unremitting focus over the years. "There are so many books written on [the Honda Point disaster] that focus on the officers, and we wanted to change that."

The authors explained that the characters in the story were designed to have readers feel compassion and empathy for men below the deck who were mostly left out of historical accounts.

Meet the authors event scheduled for Sept. 5, from 10 a.m. to noon, at the Lompoc Veterans Memorial Building, located at 100 E. Locust Avenue, Lompoc.

Attendees can visit the salvaged propeller from the Dephy which is displayed outside of the vets hall. The Honda Point mural painted by artist Fulton Leroy Washington is viewable within.

Though two fictional characters were named in honor of Vannier's grandmothers, officers named in the story, such as Commodore Edward H. Watson who had command of the USS Delphy, are historically based.

"We wanted to base the story around real people," Vannier said, adding that the book was at first supposed to become a screenplay.

Piecing together the military history proved to be more detective work than the pair had originally anticipated.

The pair, however, was told by the Armed Forces Court of Marine Inquiry that papers on the incident had been misfiled, quickly snuffing out hopes to uncover the whole story.

"I even found that it was very rare for others in the Navy to know about [the disaster]. When friends and family were asked about it, they looked it up and were shocked," explained Vannier. "It's not the most shining moment for the Navy."

The authors were later introduced to James Carucci, an archaeologist and Lompoc-based cultural resource manager with more than 20 years of local experience, who again energized the authors' investigation.

When they attended an informational tour at the historical Honda Point site led by Carucci, their story began to take shape.

It was on that tour that Vannier and Corbin Ray met a tourist visiting from the U.K. His father, who had survived the wreckage, had been on the Woodbury, one of the seven ships lost in the tragedy. The Woodbury had turned to starboard and struck an offshore rock.

"It took a lot of research to get all the facts," said Corbin Ray, adding that the contributions of many, including the Santa Barbara Maritime Museum, are responsible for the historical authenticity of the book. "We wanted to use the true events as the backbone of the story," he said.

For more information about the authors and the book, visit www.baaapress.com

Entries must be submitted by the Sept. 30 deadline.

Bringing Santa Barbara County’s branch libraries up to minimum standards could be an expensive proposition, according to a report delivered to the Board of Supervisors this week, but while a number of alternative funding methods were suggested, the board expressed no particular support for any of them.

What you need to know for Wednesday, September 2

Letters to the Editor: Escobedo understands small business owners; Change is needed now; Law enforcement is not the enemy; Peace and Good