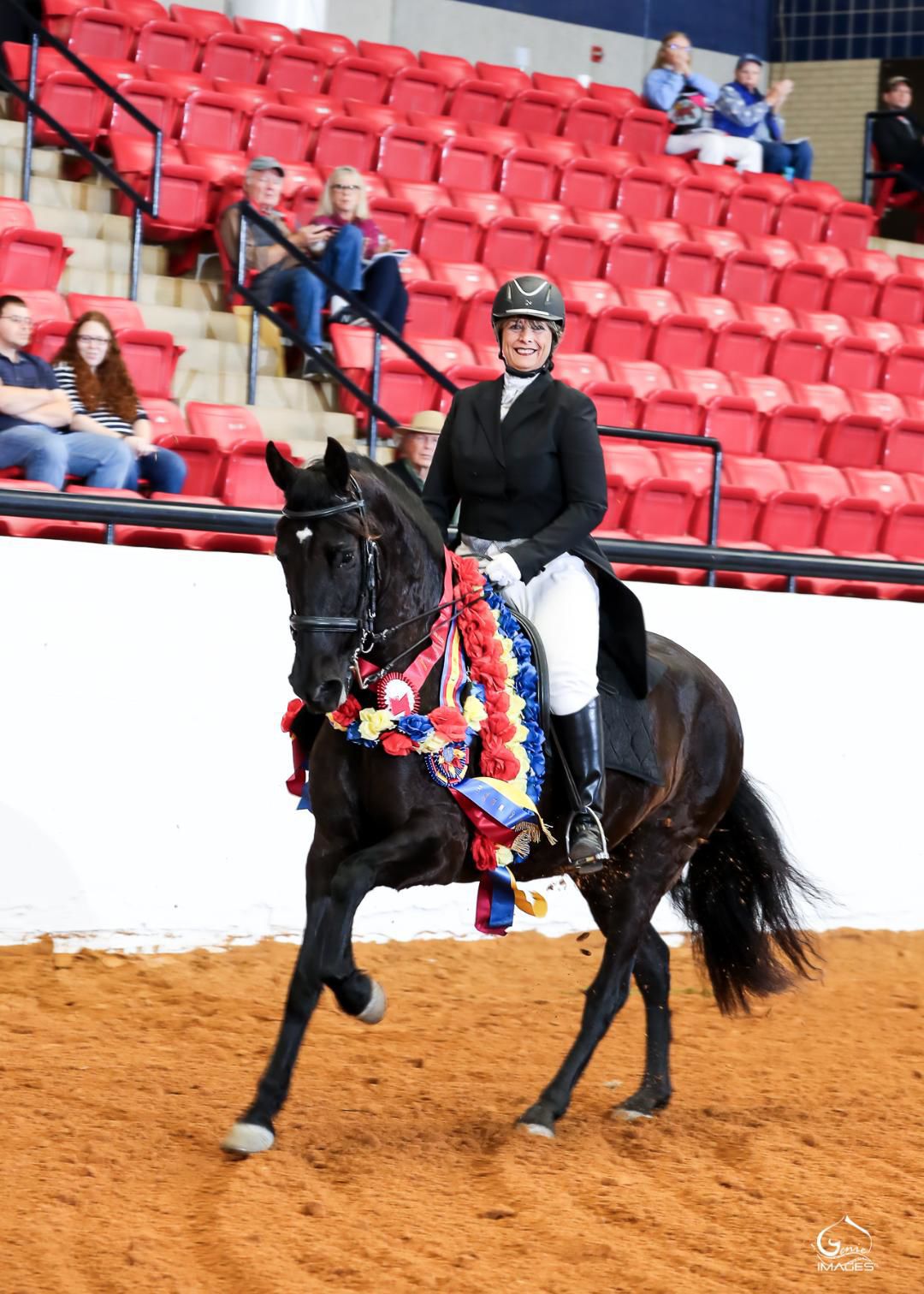 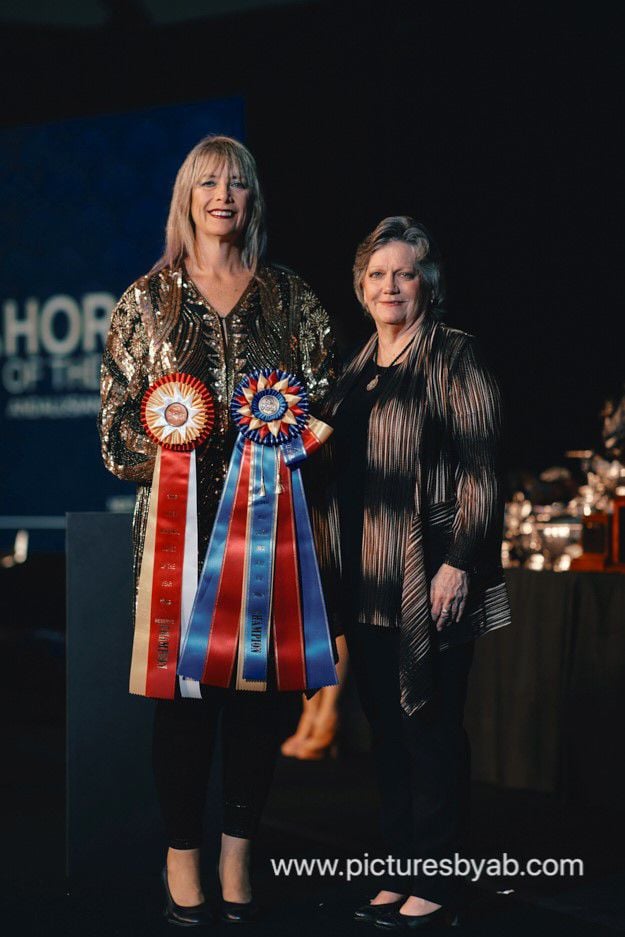 Dr. Brenda Forsythe, of Orcutt Veterinary Hospital, with her awards.

Orcutt veterinarian, Dr. Brenda Forsythe, of Orcutt Veterinary Hospital, and her Andalusian Vinny, will be awarded several national championships by the USEF, which is the governing body for all equestrian sports in the nation, including USA participation in the Olympic games.

Forsythe has been raising, training, and showing horses throughout her life, competing in the sports of show jumping, endurance, competitive trail, and dressage. She raised Vinny from one month of age, starting her under saddle at age two and training her for dressage. At the age of five, Vinny and Forsythe earned their first United States Equestrian Federation (USEF) National Championship in Andalusian Junior Horse Western Pleasure, along with a Reserve National Championship in Andalusian Junior Horse English Pleasure, along with many other state and regional championships.

Pedro M. Melero, age 92 of Nipomo, passed away surrounded by his loving wife, children and grandchildren who cared for him with compassion, gr…

DEAR ABBY: I am an 83-year-old mother of four. I have been living with my second husband now for 21 years. Nineteen years ago, my husband loaned one of my daughters and her husband a large sum of money so they could buy a house and pay off bills and judgments. All the necessary paperwork for the loan was signed at the time of the closing with a lawyer present, and it was agreed they would pay us back a certain amount every month.

Santa Barbara plays a leading role in several excellent films, and has appeared in countless movies. In these days of social distancing, stay home and “visit” by viewing a movie filmed in Santa Barbara.

CAPA Pet of the Week: Gomer

DEAR ABBY: My husband barely speaks to me. We both work full time and are facing the empty nest very soon. At home, I have to initiate even the smallest of small talk. He'll never say "Good morning" or ask "How was your day?" Although I work hard to keep the house the way he likes it, he speaks up only to criticize the few times I don't meet his standards. There's never a word of acknowledgment when I have accomplished other elements of housekeeping.

Toast of the Coast

WHERE'S SPARKIE? Sparkie was given a warm welcome at this restaurant in Los Alamos.

Mark was born in Lompoc to Ronald and Donna Linneman. He graduated from Lompoc High in 1977 and went on to join the Navy. Mark married his fir…

DEAR ABBY: I had a boyfriend for two years until a few days ago. He's a 40-year-old easygoing paraplegic (from a car accident long before I met him), and I'm an easygoing 36-year-old woman with two kids from a previous marriage.

DEAR ABBY: After an abusive relationship ended 14 years ago, I stayed single and raised my small son to adulthood. I dated here and there, but never found anyone I had serious feelings for who also felt the same way about me until seven months ago.

Dr. Brenda Forsythe, of Orcutt Veterinary Hospital, with her awards.