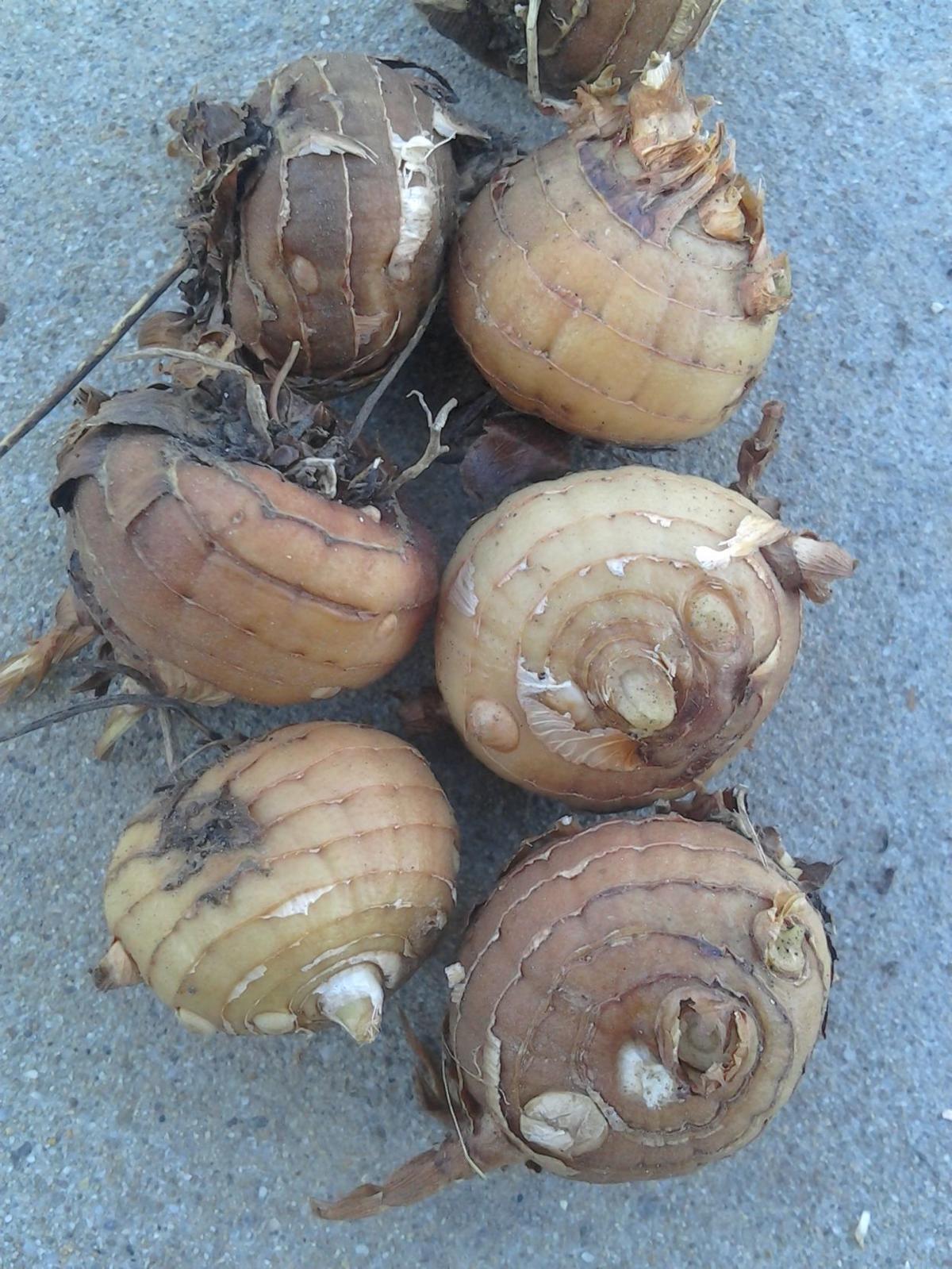 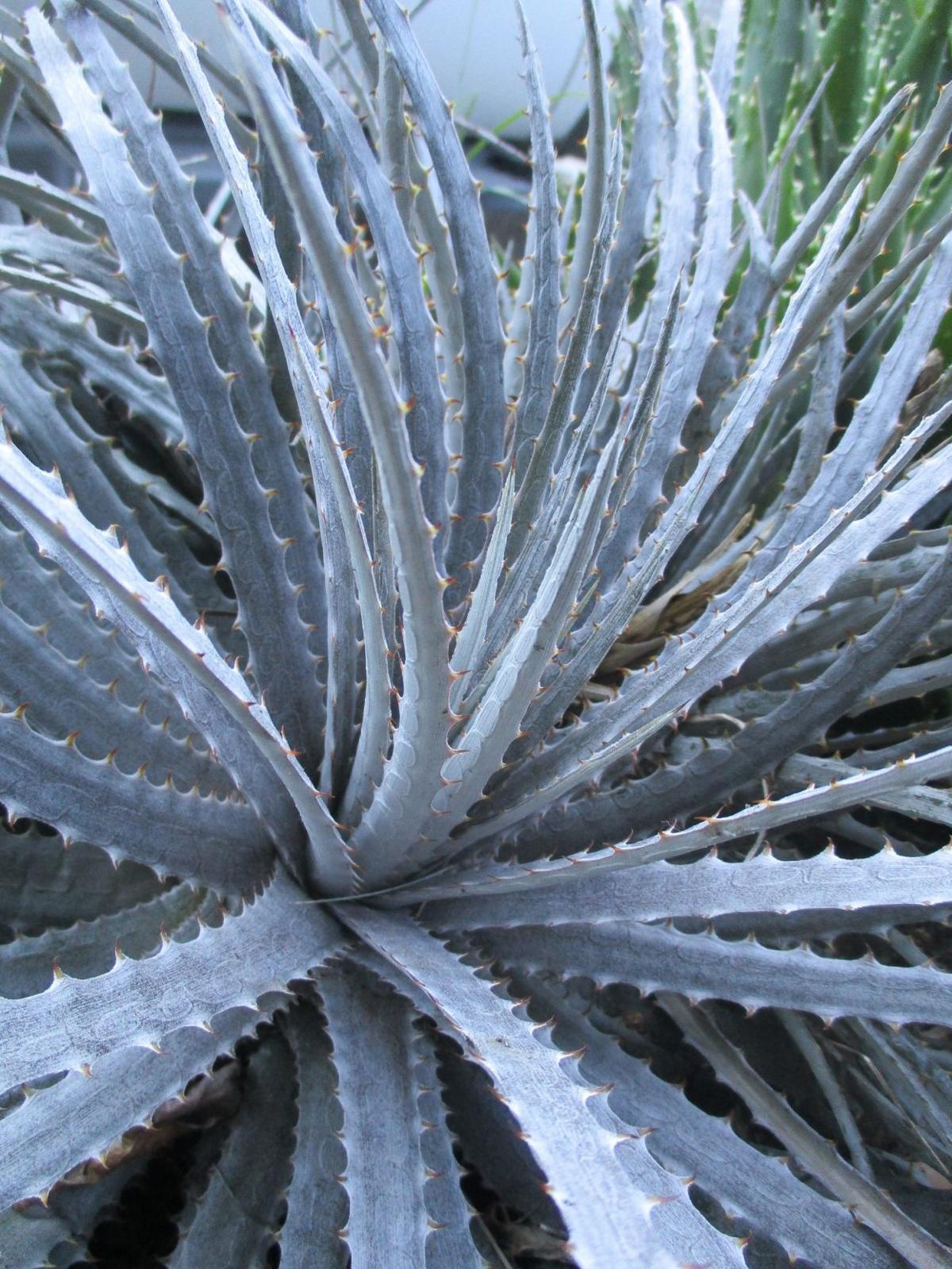 Look but do not touch dyckia.

To those who do not enjoy gardening, the process of planting dormant bulbs must seem to be blatantly unproductive. Those of us who know what we are doing are so dutiful to select the bulbs we want, only to bury them in shallow graves in the garden, with nothing to show for all the effort. Knowing that the bulbs are buried at specific depths and orientations makes them no more exciting.

Only cool season annuals that might get overplanted after the bulbs get tucked in will provide any degree of color between now and when the freshly planted bulbs bloom early next spring. Light mulch might be added in conjunction with the overplanted annuals. Thicker mulch can be added without overplanted annuals. Otherwise, there is no immediate gratification with bulbs planted now.

We plant them because we know what they will do next spring. After their boring dormancy, spring bulbs will provide the most spectacular blooms in the garden as winter becomes spring. As they finish, summer bulbs that we might plant a bit later will continue through summer, with the latest continuing into about this time next year. There are no annual bedding plants that do what bulbs do.

Dormant bulbs become available in nurseries when it is time to plant them. Right now, it is time for the early spring bulbs like daffodil, narcissus, tulip, hyacinth, grape hyacinth, freesia, anemone, ranunculus, montbretia, crocosmia, crocus, most lily and some types of iris. We should get them into the garden soon so that they can slowly disperse their roots through the cool and rainy winter.

Summer bulbs such as gladiola, dahlia, allium, calla and canna, will become available later because they should probably be planted later. Although some might not mind getting planted early, a few, such as dahlia and canna, would likely be damaged by frost if they started to grow too early. Many of the summer bulbs bloom through a long season, rather than just once for a brief season.

Bulbs and bulb-like plants that bloom only once can be planted in phases every week or two through their season in order to prolong bloom.

It is easy to mistake various cultivars of Dyckia for diminutive relatives of Agave or Yucca. They form stout rosettes of rigid leaves with wickedly sharp terminal spines. Their comparably nasty but incurved marginal teeth resemble those of most species of Agave, but are generally more abundant. Surprisingly though, Dyckia are instead related to bromeliads. They just happen to be xeric.

Dyckia do not bloom much, but when they do, the tall and arching floral stalks really are more typical of bromeliads. As they bloom late in spring or in summer, the many small individual flowers on each stalk are collectively colorful enough to be delightfully popular with hummingbirds, butterflies and bees. Bloom is most commonly rich reddish orange, but some cultivars bloom red or yellow.

No one seems to mind that Dyckia does not often bloom. The foliage is remarkably striking alone. Many cultivars form dense mounding colonies of pups that, although unpleasant to handle, can be divided for propagation. A few toothless cultivars, armed only with terminal spines, are easier to handle. Individual rosettes can be as tall and broad as a foot. Dyckia do not need much water.

Should you get an electric lawn mower?

When you’re choosing a lawn mower, you have more options than ever, but how do you decide which model is right for you? Electric mowers have benefits and limitations, but they could be the perfect fit for your lawn.

A spacious kitchen may be on everyone’s wish list, but small kitchens are the reality in many older homes, condos, and apartments. If you feel short on storage space, don’t have enough counter space to prep large meals, or need an extra dining surface, these movable kitchen islands are the perfect solution. When you’re done using them, you can simply move them to the side for a more open kitchen.

What are the differences between real estate agents and brokers?

Real estate transactions often involve significant amounts of money. As a result, it’s common for both buyers and sellers to enlist the servic…

The process of buying a home can be unlike any experience prospective buyers have ever had. After finding a home they like and coming to an ag…

Look but do not touch dyckia.