Tony Tomeo: Cultivar is a cultivated variety
Share this
× 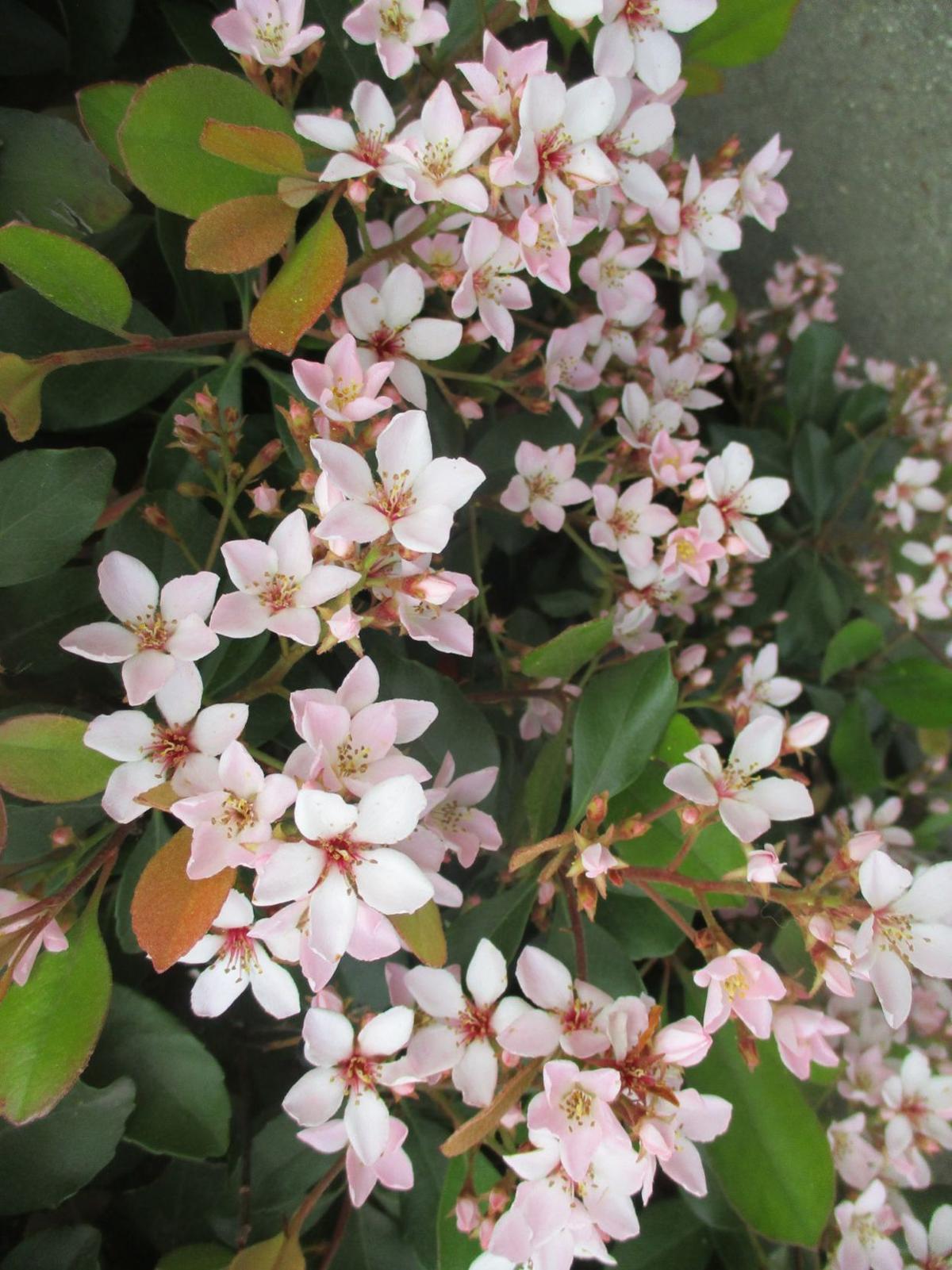 Indian hawthorn is an early bloomer. 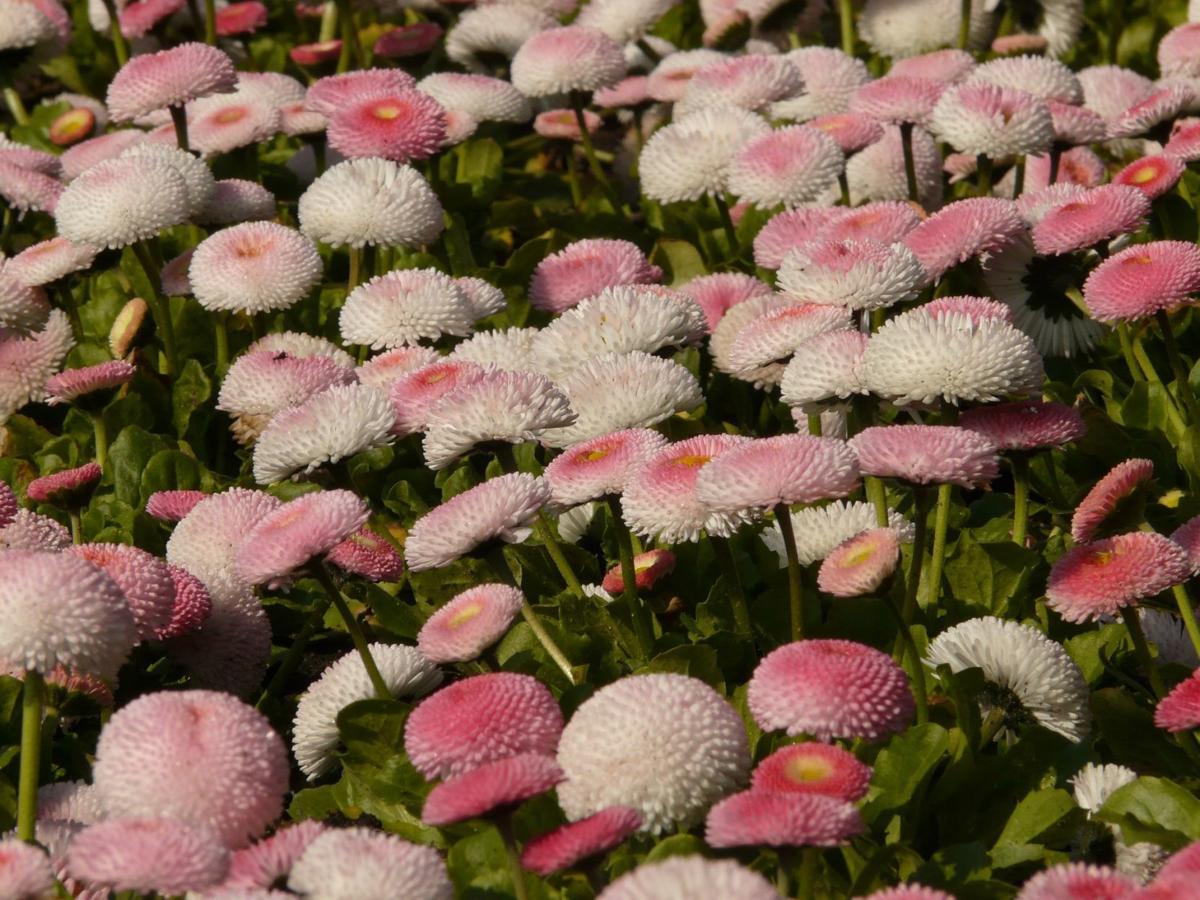 The Rob Roy daisy is an example of a cultivar.

A plant 'variety' is a group within a species that exhibits distinguishing characteristics. A 'cultivar' is simply a cultivated variety. The first five letters of 'cultivated' merged with the first three letters of 'variety' to form the word 'cultivar'. A variety should be self perpetuating to some degree, and may be naturally occurring. A cultivar perpetuates by unnatural means, and would go extinct otherwise.

Of course, the distinction between variety and cultivar is not always so obvious. Varieties of nasturtium were selected from plants that displayed desirable qualities. Seed of these varieties grows into plants that display the same qualities. However, without continued selection, some varieties eventually revert to a more feral state in only a few generation. They are not truly self perpetuating.

Most hybrid tomatoes are unable to perpetuate themselves naturally. Their seed is either not viable, or is very genetically variable. Genetically variable seed grows into plants that are very unlikely to produce fruit that is comparable to that which produced their own seed. Nonetheless, hybrid tomatoes grown from original (primary generation) seed are generally varieties rather than cultivars.

The distinction might be that they grow from seed. A plant that is cloned rather than grown from seed is a cultivar. Cloned plants can be grown from cutting, layering or grafting onto understock, but are genetically identical to the original. Some rare camellias grown now are genetically identical copies of original cultivars that were developed centuries ago. Their seed would not be the same.

Some cultivars developed from selective breeding. Others were random but appealingly distinctive plants in the wild or even in landscapes. Many originated as 'sports', which are mutant growths of otherwise normal plants. For example, some plants, on rare occasion, produce stems with variegated foliage. Cuttings taken from such variegated stems became popular variegated cultivars.

Seed from a variegated cultivar is very unlikely to produce more variegated plants.

Here on the West Coast of California, Indian hawthorn, Raphiolepis indica, was formerly popular as a foundation plant. The compact hollies that were used as such in the East never became very popular here. Back when rain gutters were prohibitively expensive, foundation plants diffused water as it fell from roofs. This limited erosion, and also inhibited splattering onto lower parts of walls.

'Majestic Beauty' is a cultivar that might be a hybrid with loquat. It can grow as a small tree more than ten feet high and wide. Other cultivars do not get half as big. Most get less than four feet high. They work nicely as low and plump hedges, but should be shorn after bloom. Full sun exposure and occasional irrigation should be sufficient. They are popular, because they are so undemanding.

Horticulturist Tony Tomeo can be contacted at tonytomeo.com .

Should you get an electric lawn mower?

When you’re choosing a lawn mower, you have more options than ever, but how do you decide which model is right for you? Electric mowers have benefits and limitations, but they could be the perfect fit for your lawn.

A spacious kitchen may be on everyone’s wish list, but small kitchens are the reality in many older homes, condos, and apartments. If you feel short on storage space, don’t have enough counter space to prep large meals, or need an extra dining surface, these movable kitchen islands are the perfect solution. When you’re done using them, you can simply move them to the side for a more open kitchen.

What are the differences between real estate agents and brokers?

Real estate transactions often involve significant amounts of money. As a result, it’s common for both buyers and sellers to enlist the servic…

The process of buying a home can be unlike any experience prospective buyers have ever had. After finding a home they like and coming to an ag…

Renovating a home to improve its value can be a smart investment. Interior improvements, such as updating kitchens and baths, offer good retur…

Indian hawthorn is an early bloomer.

The Rob Roy daisy is an example of a cultivar.