Jim Rice: Life in the Hive
Share this
1 of 2 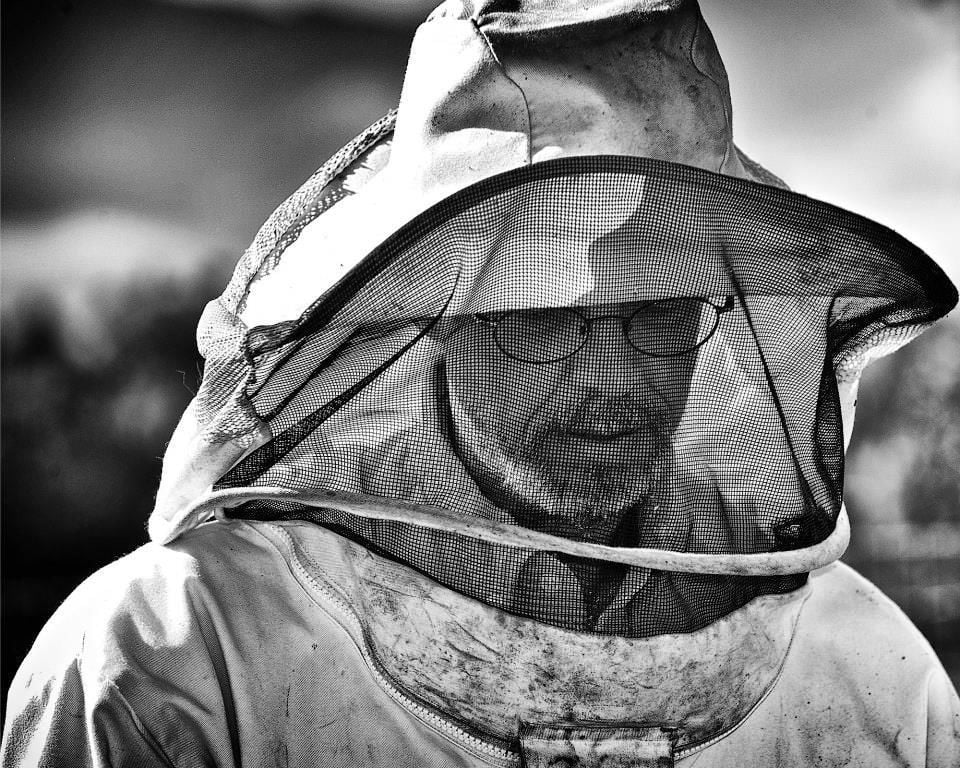 Jim Rice is president of the Lompoc Valley Beekeepers Association and a longtime beekeeper himself. 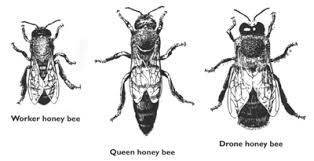 A diagram showing the three different types of bee that serve a specific purpose within the hive.

Driving along the rural areas of our county, it is not unusual to see stacks of white bee boxes along the road. Have you ever wondered what might be going on inside? Bees are often considered a superorganism, in which there is a complex social structure and division of labor between individuals, and a single member cannot survive on its own for long.

Most people have an understanding that there is only one queen in each hive. She has one primary job and that is to lay eggs, and when healthy, she lays a lot of them. In the spring it is not unusual for a queen to lay over 1,000 eggs every day. Her secondary role is to emit pheromones, which help create order in the hive. When the queen ages (typical lifespan of two to five years) she produces less of these compounds, which alert the other bees in the hive that it is time to replace her. In this way, over the years, a hive may remain in the same location but have a new queen every so often. This type of replacement is called supersedure.

The queen can be identified by her larger size. She is about 50% larger than most of the other bees in the hive. Even with this difference, it can be difficult for a beekeeper to find a queen among the tens of thousands of other bees in a hive. Commercial queen breeders use a fluorescent marker to add a brightly colored dot to their queens to assist in locating them. The color varies by a protocol based on the last number in the year she was produced in, so her age can be easily determined. In reality, it is not that important for a beekeeper to find the queen, but it is very important to find evidence that the queen is present by finding recently hatched larvae.

The most common bee found in the hive is the worker bee. A worker bee is the one we most often come in contact with in the garden. They are all female and comprise about 98% of all the bees in a hive. All of the labor performed in the hive is done by the workers. It starts right after the bee hatches from its cell, when she turns around and cleans it out so the queen can lay another egg in it.

Video - Jim Rice: An introduction to bees. How to spot a swarm

From there she becomes a nurse bee, responsible for feeding all the other larvae in the nest area of the hive. As she ages, she takes on other jobs that the hive needs performed. These include wax production, food storage, feeding and grooming the queen, undertaker activity like removing dead bees from the hive, helping to regulate the hive temperature (which they try to keep at around 95 F) and guarding the hive entrance. The final job in a worker bee’s life is to gather nectar and pollen. All of this in a life that only lasts about six weeks.

The final bee type in a hive is the drone. Drones are the males and make up around 1 to 2% of a typical hive. The drones are noticeably larger than the worker bees but smaller than the queen. Drones do not perform any of the tasks inside the hive. Their single purpose is to mate with virgin queens when required. When a drone does get to mate it then dies, having lost its reproductive organ during the act. To conserve resources, in late fall and winter the worker bees will push drones out of the hive since they serve no reproductive purpose at these times of year.

Jim Rice: An introduction to bees

First, an introduction. My name is Jim Rice and I am the president of the Lompoc Valley Beekeepers Association. We are a group of hobbyists from Lompoc and the Santa Ynez Valley that either keep beehives or are interested in honeybees and other pollinators. We hold monthly meetings that cover a variety of topics as we share what we have learned with other members. Meetings are held the second Tuesday of the month at the Flying Goat Tasting Room, 1520 E. Chestnut Court, Unit A at 6:30 p.m. With these articles, I hope to offer valuable information to the general public about bees.

For bee removal services and more information about beekeeping, visit the Lompoc Valley Beekeepers Association website at lvbka.org or find them on Facebook.

Ron Colone: Change, and the properties of living

If you knew, for sure, that things were going to change next week, but you didn’t know how, would that make you more, or less anxious? I suppose it might depend on whether there’s something you want that you don’t already have, or something you have that you don’t want to lose. Neither of those really describe how I feel, but I will say I have been finding comfort lately in knowing the way things are today is not the way things will be tomorrow or the next day.

Jim Rice is president of the Lompoc Valley Beekeepers Association and a longtime beekeeper himself.

A diagram showing the three different types of bee that serve a specific purpose within the hive.