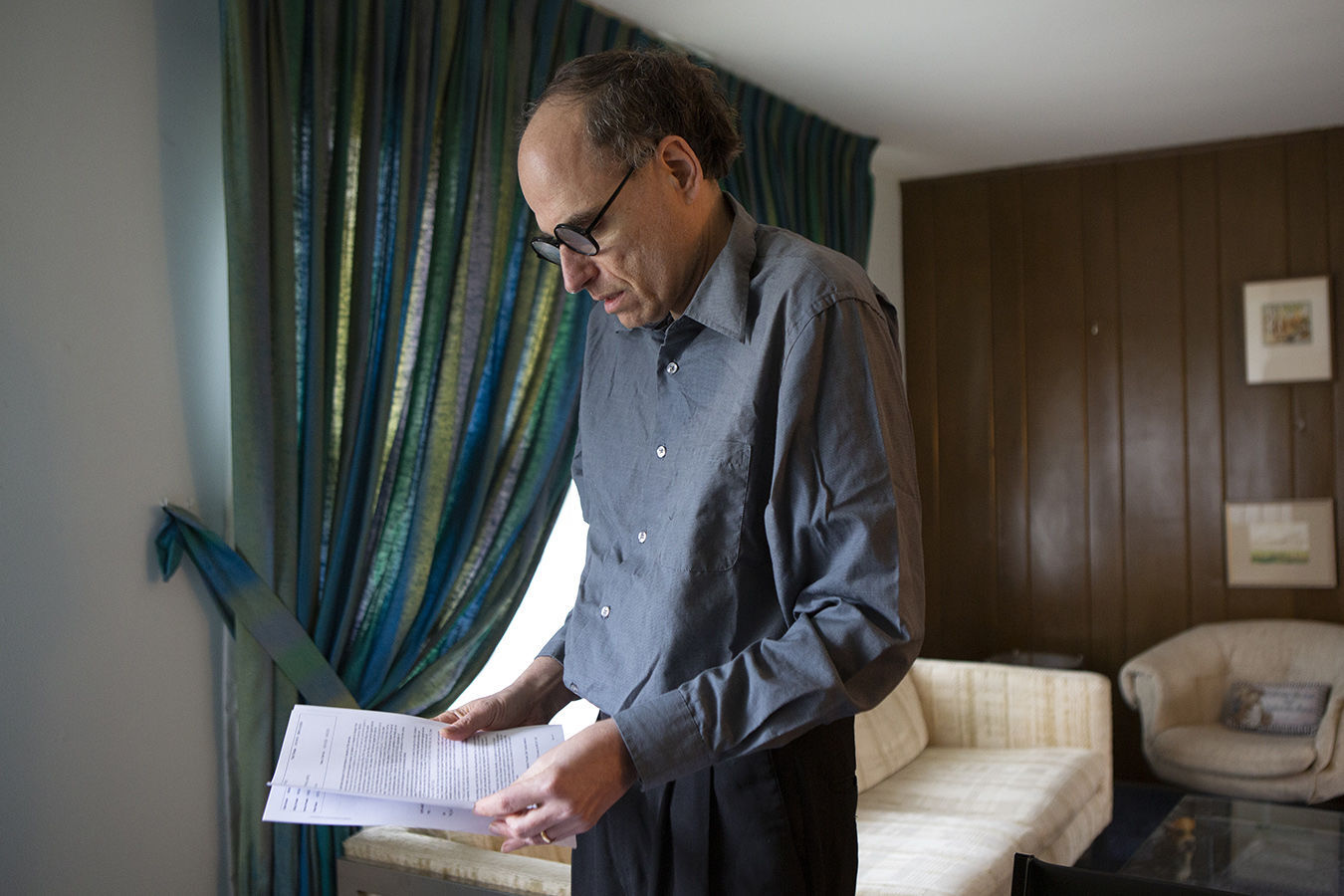 Mark Gottlieb’s $250,000 personal injury protection from Geico ran out before the surgeon was fully paid, leaving him potentially on the hook for thousands. 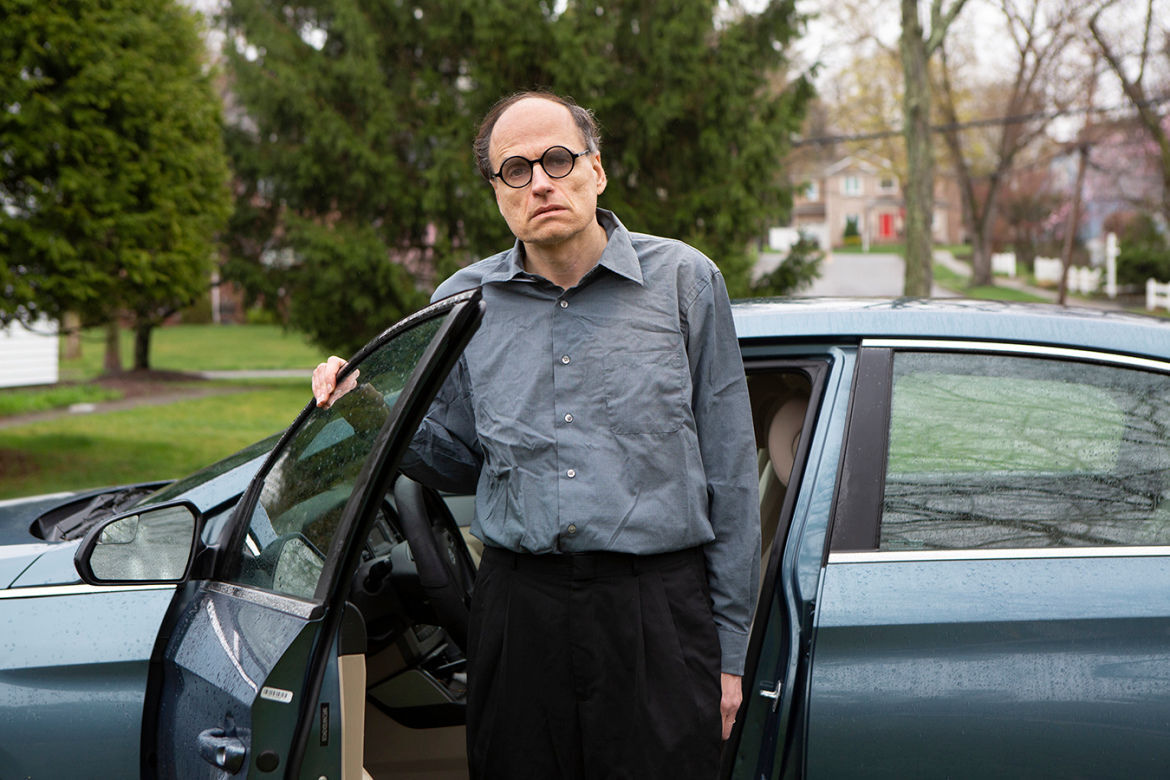 Mark Gottlieb’s life changed after a devastating car accident. He had smashed teeth, four damaged vertebrae and surgery on his spine ― which led to medical bills that exhausted the personal injury coverage in his auto insurance.

Mark Gottlieb’s life changed in an instant when another driver crashed into his car, damaging four vertebrae in his upper spine and smashing six teeth.

In the months following that January 2019 crash, Gottlieb got the teeth crowned and, for debilitating neck pain, tried injections, chiropractic care and physical therapy. The treatments were all covered by his car insurance.

New Jersey law, as in 12 other states, requires drivers to buy personal injury protection, or PIP, coverage to pay medical expenses. Gottlieb had the maximum: $250,000.

Unfortunately, Gottlieb’s pain persisted. “Nothing was working. The only other thing was surgery,” he said.

Though he wanted his operation performed near his home, Gottlieb said, staff members at the Bergen Pain Management clinic, where he was receiving care, insisted he go to Hudson Regional Hospital in Secaucus. On April 3, 2020, Gottlieb underwent a complex type of fusion surgery on the herniated discs in his cervical spine. He went home the same day.

His pain improved a bit. Then the bills came.

The Patient: Mark Gottlieb, 59, a marketing consultant in Little Ferry, New Jersey, covered for $250,000 in medical costs by his Geico car insurance. He also has an Aetna health insurance policy, which is secondary.

Medical Service: Anterior cervical discectomy and fusion, a type of neck surgery to replace damaged discs with bone grafts or implants to stabilize the spine.

The Shock and Reality of Catching Covid After Being Vaccinated

As more Americans every day are inoculated, a tiny but growing number are contending with the disturbing experience of getting covid despite having had one shot, or even two. In data released Thursday, the CDC reported that at least 5,800 people had fallen ill or tested positive for the coronavirus two weeks or more after they completed both doses of the Pfizer-BioNTech or Moderna vaccine.

Then it was up to his health insurer or Gottlieb to deal with the rest.

What Gives: When injuries are the result of auto accidents, car insurance is primarily responsible to negotiate and pay the insurance portion of medical bills. That creates a host of financial landmines for patients.

Gottlieb hit all of them.

With the high charges common in the U.S. for treatment, accident victims can easily exhaust the policy limits of even generous personal injury coverage, leaving some vulnerable to huge bills.

Although it’s rare to hear car insurers complain that they paid a hospital or doctor too much, auto insurers “typically pay more for some of the same services” than health insurers, said Robert Passmore, a vice president at the American Property Casualty Insurance Association, a trade group.

That’s in part because auto insurers generally don’t have broad networks of medical providers who have agreed to negotiated discounts off their billed charges, as do health insurers. So patients end up “out of network,” subject to whatever list price the provider charges.

Gottlieb said he checked with Geico before his surgery but was told it had no information for him about networks. With about $190,000 remaining in his PIP fund at the time, he was not too worried. He said efforts to get cost estimates were unsuccessful.

Instead of network rates, car insurers generally use other payment calculations. Some states set specific payments on fee schedules. But not every medical billing code is listed and, in those cases, they sometimes pay whatever the provider bills.

In this case, that was a lot: Gottlieb’s hospital and surgeon’s charges, even after being reduced by Geico, were about eight times as high as what Medicare would have paid.

While Geico generally pays rates set by the state (which are dramatically lower than what was charged), Gottlieb’s bill included a bunch of billing codes not on the state schedule. For most, the insurer paid exactly what was charged. For example, Geico allowed the full price of $65,125 charged by the surgeon for the removal of a damaged disc and paid the hospital $39,195 for nine surgical screws.

By September — with bills from his various providers still rolling in — Gottlieb’s PIP fund ran out after the remaining $52,365 was paid to Bergen Pain Management, short of the $141,548 Geico had recommended as reimbursement for the surgeon.

Insurance pays bills as they are submitted, which is often not in the order in which the treatment was rendered.

“It appears that Bergen Pain Management is still entitled to the $89,183 balance of the billing from your procedure,” Geico wrote in a September letter to Gottlieb, which added that he could submit that balance to his health insurer or pay it himself.

When he submitted the surgeon’s bill to Aetna, he discovered neither the doctor nor hospital was in his insurance network. He had not checked before the operation since he never dreamed that outpatient surgery would exhaust the auto policy.

That means Aetna did not have a negotiated rate with his providers, which might have knocked the charges down dramatically.

Instead, Aetna said it would allow an out-of-network payment of $4,051 for the surgeon, according to a Jan. 28 email to Gottlieb. In a written statement to KHN, Aetna spokesperson Ethan Slavin said that amount was based on Gottlieb’s policy terms, which set physician payments about 10% above Medicare rates for out-of-network care.

Because he had not yet met his annual out-of-network deductible, Gottlieb himself would have to pay the $4,051. He withdrew his request for Aetna to pay. Because out-of-network surgeons frequently go after patients to pay the balance of such bills, Gottlieb is waiting to see if Bergen Pain Management — which has already been paid $52,365 for the surgery — will come after him for more.

Neither the Bergen clinic nor the surgeon has sent him to collections or sued for the amount. Neither responded to multiple emails and phone calls placed by KHN seeking comment.

In a written statement, Hudson Regional spokesperson Ron Simoncini said the hospital “charged the state-mandated fee” where applicable, and where there was no such mandate, “the charges were reasonable.” It is not seeking additional payment.

Citing policyholder privacy, Geico declined to answer KHN’s questions, including how it determines what it will pay.

Did the auto insurer pay too much?

Geico had set an allowable reimbursement of $141,548 as the surgeon’s fee.

“That is an outrageously high surgeon’s fee for this type of surgery,” said Dr. Eeric Truumees, a professor at Dell Medical School at the University of Texas-Austin.

“I do a tremendous amount of complex cervical spine surgery and never had a fee that high even for complex surgery that takes 10 hours,” said Truumees, president of the North American Spine Society. He had no direct knowledge of Gottlieb’s case.

Altogether, Geico recommended and partly paid nearly $245,000 to the hospital and surgeon for the procedure.

In contrast, Medicare would have paid about $29,500 for the entire procedure, with about $1,800 of that going to the surgeon and the rest to the hospital, according to researchers at Rand Corp. who analyzed Gottlieb’s bills at KHN and NPR’s request.

The surgeon’s bill was also high compared with what private insurance usually pays, according to Barry Silver of Healthcare Horizons Consulting Group in Knoxville, Tennessee. Silver compared Gottlieb’s bills with hundreds of similar claims from two carriers that administer employer-based health insurance nationwide. The total Geico paid the hospital was in line with what employers paid and was actually less than the two highest fees seen in his data. But the highest allowed charge in Silver’s database for the surgeon’s fee was $87,549, far less than the $141,458 Geico recommended.

Resolution: Gottlieb remains in the dark about whether Bergen Pain Management will seek the remaining $89,000 toward his bill.

Previously, Gottlieb sued the driver who caused the accident — and won a substantial “pain and suffering” court settlement. He wants to preserve it for future medical needs.

He has filed numerous complaints about his bills with state regulators, lawmakers and his insurers. Aetna sent his surgeon’s bill to its internal Special Investigations Unit following his complaint.

But, “based on our investigation, we determined there was no further need for action,” spokesperson Slavin said.

The Takeaway: Most people are unaware that auto insurance kicks in first after an accident and that it works very differently from health insurance — so you have to pay attention to how the policies coordinate.

If you have a low amount of personal injury coverage in your car policy, your medical bills may well kick over to your health policy. So when you sign up for nonemergency treatment — especially if it’s extensive, like surgery — it’s important to make sure the providers are in your health insurer’s network.

Some auto insurers have networks. Ask whether yours does.

Try to get cost estimates in writing for nonemergency care and compare that with what you have left in your auto policy coverage.

“If it’s more than you have left, it may be possible to negotiate with the hospital or doctor to reduce their charges,” said Silver at Healthcare Horizons.

Stephanie O’Neill contributed to the audio version of this story.

Bill of the Month is a crowdsourced investigation by KHN and NPR that dissects and explains medical bills. Do you have an interesting medical bill you want to share with us? Tell us about it!

[Correction: This article was updated at 10 a.m. ET on April 22, 2021, to reflect the precise amount that Geico paid the hospital for the surgery.]