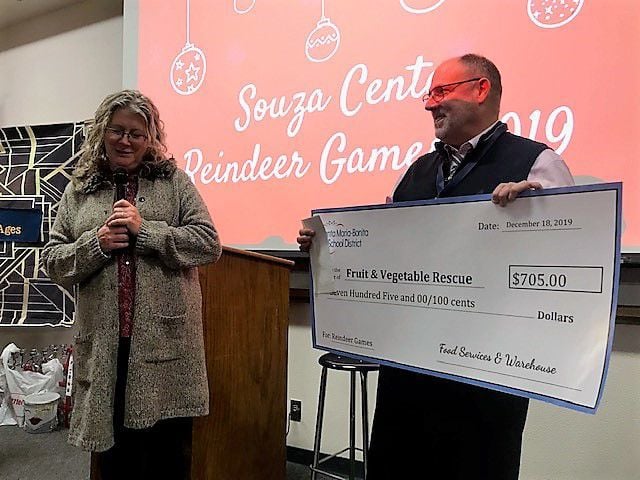 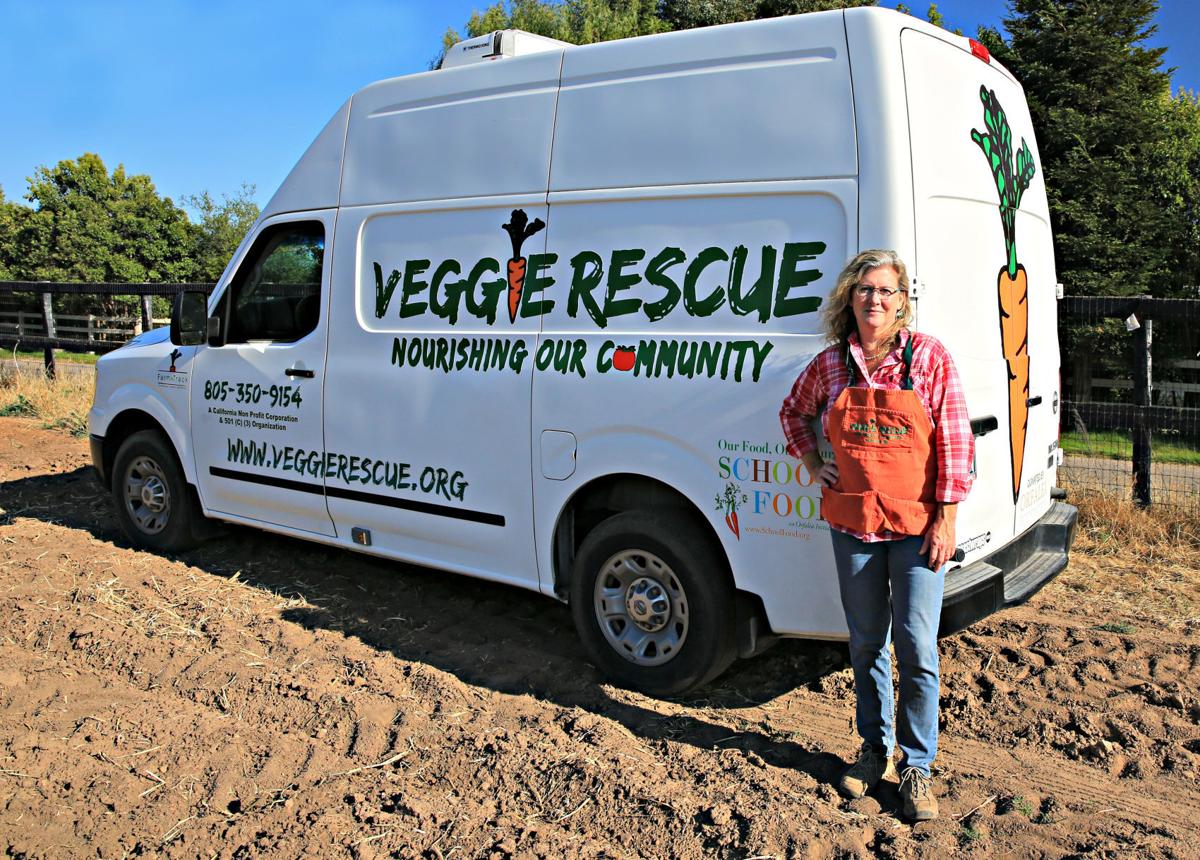 Veggie Rescue partners with local farmers that supply some of the vegetables used in meals throughout the County.

For nearly a decade, Veggie Rescue has collected excess produce and prepared food from farms, farmers markets and businesses, to then deliver it directly to organizations that feed county residents.

According to Veggie Rescue’s Executive Director Amy Derryberry, during Santa Maria-Bonita school district's holiday potluck, held on Dec. 18, a donation check was presented to the organization by the department coordinator Harold Litwiler.

“Our department held three lunch events, where we sold lunches to staff, and we held a silent auction,” explained Litwiler. “We managed to raise $705 for Veggie Rescue!”

For the last 10 years, during the holiday season, the district has held "Reindeer Games," an inter-department challenge to raise money for local charities.

This year, over $10,000 was raised to support nonprofits such as Veggie Rescue, Santa Maria Humane Society and Shoes for Kids, Litwiler said. The charities are chosen by each department and the staff decided the activities to raise money.

Derryberry says she was shocked by how much the team raised to support Veggie Rescue's work.

"It was a real holiday gift to have been presented with this big check,” Derryberry said.

In March of 2020, Veggie Rescue forecasts that they will have collected and distributed 1,000,000 pounds of food since their 2011 founding.

Greece meets Argentina with this fantastic Mint Chimichurri Sauce! Usually associated with Argentine beef, Chimichurri usually includes some shallots and sherry vinegar. This recipe lightens things up a little bit to pair better with the lamb.

The nonprofit has collected and delivered more than one million pounds of vegetables since its inception.

Veggie Rescue partners with local farmers that supply some of the vegetables used in meals throughout the County.