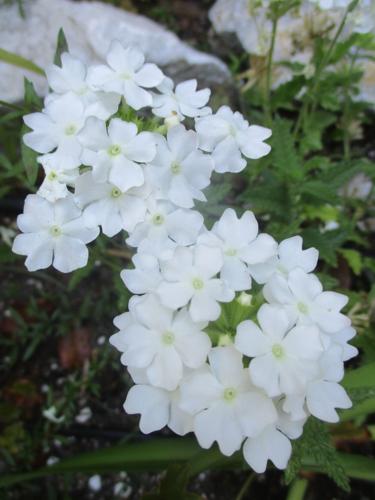 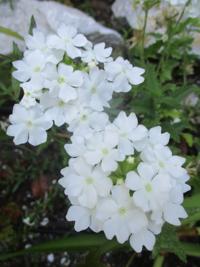 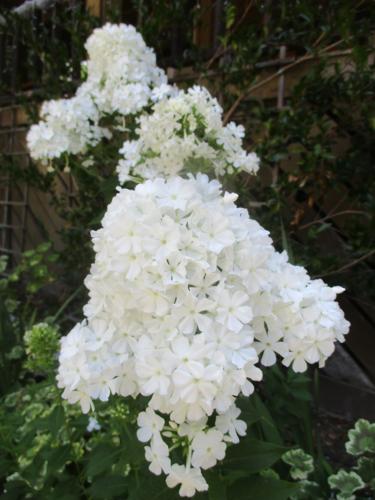 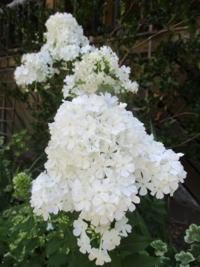 It actually makes sense. The two really are opposites of both each other and themselves. This is about horticulture, though, rather than physics. Black is quite rare as a floral color; white is not. The vast majority of flowers do not rely on color to attract pollinators, so are green or brown. Otherwise, most other prominent flowers in many ecosystems are white.

Like inconspicuous green and brown flowers, many white flowers exploit wind more than pollinators. Such flowers are generally profuse but mostly diminutive and unimpressive. Other flowers that appear to be white utilize infrared or ultraviolet colors that are invisible to people but colorful to nocturnal pollinators. Some of them are pale during the daytime.

Otherwise, the majority of white flowers that are popular within home gardens are just as flashy as their nonwhite associates. For many types of flowers, such as roses, camellias, azaleas and the countless types of annuals, floral color is more variable than floral form. White is simply another option for color. It serves various specific and practical purposes.

While brightly colorful annuals are appealing within sunny and exposed situations, white flowers brighten darker situations. They contrast nicely with dark green foliage and richly colorful flowers. Petunias that might be a bit too deep purple for a particular situation can mix with similar, but white, petunias to be more harmonious. White can be a buffering tint.

Colors should preferably be appropriate to their particular applications. Such selection is more aesthetic than horticultural. Some plants, such as gladiola, petunia, calla, oleander and some lily, excel at white bloom. Bougainvillea and crape myrtle excel at richer color.

More than a dozen species of Phlox are native to various ecosystems of California. They are generally uncommon within refined home gardens though. The more popular garden phlox, Phlox paniculata, is native east of Kansas. It naturalizes in some regions, such as the Pacific Northwest. Locally, it might self-sow only where it gets water through summer.

Garden phlox can get as high and wide as 3 feet. Some modern cultivars should stay a bit more compact. Individual flowers are only about an inch wide but bloom with many others on dense panicles that are as wide as 6 inches. This richly fragrant bloom is red, pink, white, pastel orange or pastel purple, and continues for almost a month of summer.

As its potential for naturalization suggests, garden phlox is not particularly demanding. It appreciates good exposure but can tolerate a bit of partial shade. It enjoys richly organic soil but can survive within soil of mediocre quality if it is not too dense. Regular watering sustains bloom, but established plants can survive with minimal watering after blooming. Propagation by division of large or overgrown plants while dormant through late winter is very easy.