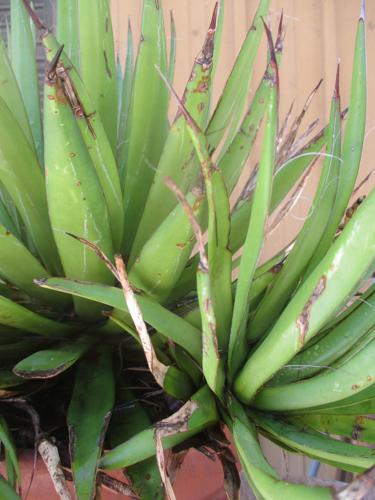 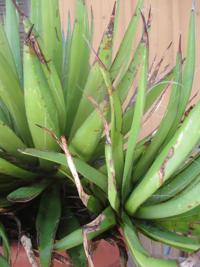 Pups are copies of their parents. 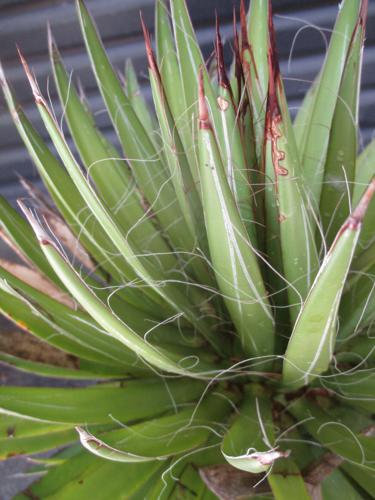 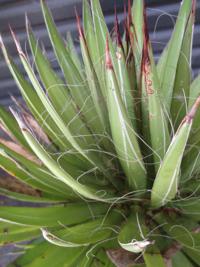 Pups are copies of their parents.

Pups of the most familiar type are canine. Most are puppies of domestic dogs. Some are foxes or wolves. A few are seals, otters or various other animals. Garden variety pups do not get much consideration though. They develop into new progeny of plants rather than animals. Unlike animal pups, they are genetically identical clones of their single parents.

Pups of the horticultural sort generally develop from subterranean stems, such as corms, tubers or rhizomes. Most emerge from formerly dormant buds. Some grow adventitiously from roots. Pups appear as basal sideshoots against or close to their parent plants. They efficiently disperse their own roots to eventually survive as new and independent plants.

Most plants that produce pups are perennials. Some are so proficient with the technique that they grow into substantial colonies of genetically identical clones. For some, it is the primary method of replication. They actually prefer to replicate vegetatively than by seed. Some trees and woody plants do the same, but their clones lack the same classification.

For many perennials, propagation by division is merely the separation of pups from their parent plants. Most types of banana trees eventually generate a few surplus pups. Some types generate an abundance of pups to share with anyone who wants them. Separation of their pups is very similar to division of the smaller rhizomes of canna or lily of the Nile.

Individual rosettes of various species of agave and a few terrestrial species of yucca are monocarpic. In other words, they die after blooming only once. However, instead of dying completely, most generate several pups prior to bloom. Some produce pups excessively! Such pups can be difficult and hazardous to separate but can replace their own parents.

Mediterranean fan palm is one of only a few palms here that generates pups. That is why it develops multiple trunks. Surplus pups can survive separation to grow as distinct trees. However, because of their densely fibrous roots, separation of intact pups can be difficult or impossible. Sago palms, which are not actually palms, are more compliant to division, even for rootless pups that develop on their stout trunks.

Many species of agave and yucca should probably be more popular here than they are. Several are endemic to desert or chaparral climates. Once established locally, they may survive without irrigation. Occasional watering through summer only improves their foliar color and vigor. Except for gophers that might attack from below, not much offends them.

The primary deterrent to their popularity is their dangerous foliar spines. Many species of agave and yucca grow too large to not become obtrusive within compact home gardens. Consequently, their striking but hazardous foliage can be difficult to avoid. Fortunately, a few species such as thread agave, Agave filifera, remain proportionate to home gardens.