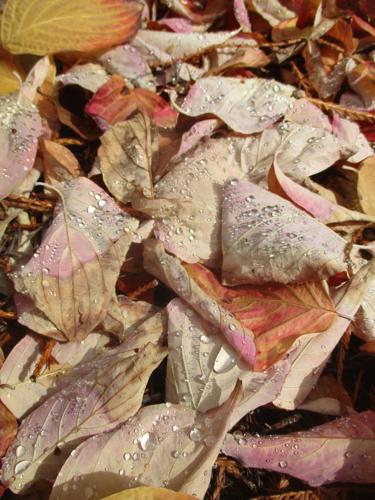 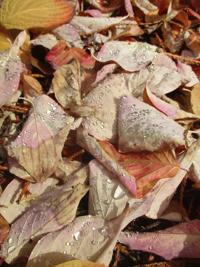 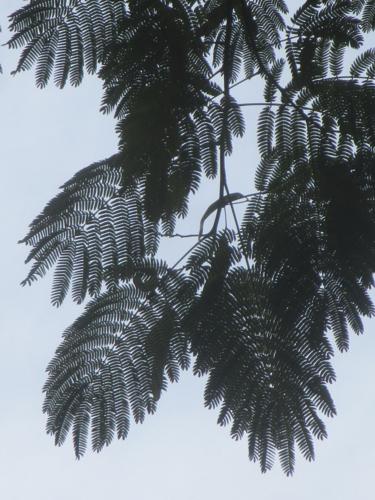 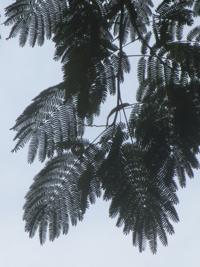 Autumn foliar color certainly is pretty while it lasts. Although less prominent locally than it is where cooler weather begins earlier, it is an asset to many home gardens.

It generally appears a bit later within mild climates here, but might also remain suspended a bit later. Ultimately though, with enough wintry wind and rain, it eventually becomes foliar debris.

Evergreen foliage also contributes to the mess. It is likely less abundant than deciduous foliage is during autumn, but only because it sheds through more extensive seasons.

For example, Southern magnolia sheds mostly through spring, as new foliage replaces older foliage. It then continues to shed additional debris throughout the year, including autumn.

Regardless of its various origins, foliar debris becomes more of a concern during autumn for two simple reasons. Firstly, and obviously, more of it accumulates during autumn than during any other season.

Secondly, since autumn is the beginning of the rainy season, it is the most inconvenient time of year for such debris to accumulate within home gardens.

Roadside gutters, eavestroughs and their downspouts should drain efficiently. However, foliar debris can interfere with their drainage when it becomes most important. Roadside gutters are more accessible, so are easier to observe and clean.

Eavestroughs and their downspouts may be beyond reach, but may need more cleaning if defoliation continues.

Foliar debris is unhealthy for turf, groundcover and shrubbery that it accumulates over.

It inhibits photosynthesis by obstructing sunlight. It can also promote proliferation of fungal pathogens. This is why prompt raking is very important. Foliar debris can stain pavement and decking, and may be hazardously slippery. Behind chimneys, it can promote decay, and possibly become a fire hazard.

Resiliency is typically an attribute. It is how silk tree, Albizia julibrissin, adapts to various urban landscapes. Unfortunately, it is also how it naturalized within a few ecosystems of North America.

It grows easily from seed, whether or not it is appropriate to where it does so. Many naturalized specimens somehow find good situations in which to grow though.

With good exposure, most mature silk trees develop rather low but broad canopies.

They have potential to grow taller than 40 feet, but if not competing with taller trees, may stay half as tall. Their arching limbs flare elegantly outward in low mounding form.

Their finely textured foliage provides appealingly uniform shade that is neither too dark nor too light.

The lacy and bipinnately compound leaves of silk tree are between half a foot and a foot long. Each leaf divides into as many as a dozen pairs of pinnae (leaflets). These pinnae divide into about twice as many pairs of pinnulae (leaflets of leaflets).

Such minute foliar components disintegrate during autumn defoliation, and can disappear into groundcover.

The pink and fluffy summer bloom can actually be messier than the deciduous foliage. It does not disintegrate as it falls, so may accumulate on top of vegetation below.

Cultivars generally bloom with richer pink color, although at least one blooms with white.