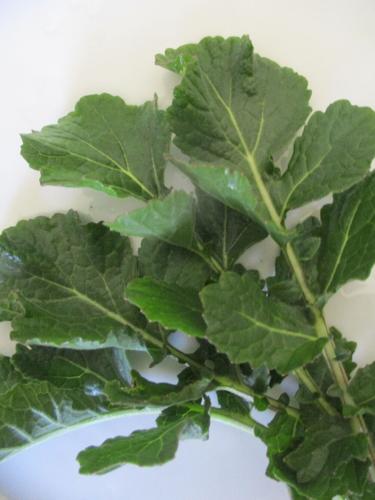 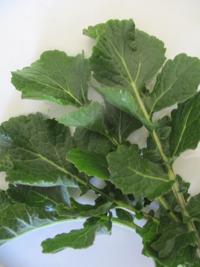 Mustard greens are cultivated and naturalized. 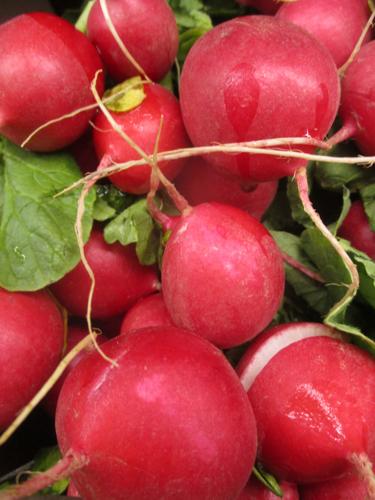 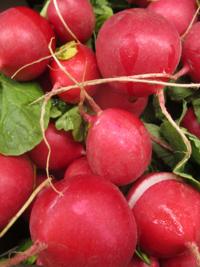 All parts of a radish are edible.

Mustard greens are cultivated and naturalized.

All parts of a radish are edible.

September began with the warmest weather of the year. Such weather is not uncommon for late summer here. It can happen as late as early autumn. Still, it can be disconcerting while weather should be cooling. Cool-season vegetable plants that are technically now seasonable dislike such warmth. Cole vegetables are particularly responsive to weather.

Cole vegetables are within the Cruciferae family, which is alternatively the Brassicaceae family. They, therefore, also classify as crucifers or brassicas. They include various forms of broccoli, cauliflower, cabbage, collard, kale, kohlrabi, mustard, turnip, radish, arugula, rutabaga and Brussels sprouts. As variable as they are, several are of the same species.

Broccoli and cauliflower are floral vegetables, since their primary edible parts are bloom. Brussels sprouts, cabbage, collard, kale, arugula, mustard greens and turnip greens are foliar. Turnip, radish and rutabaga are roots. Kohlrabi is a distended stem. Mustard seed, which is a seasoning instead of a vegetable, is the only common fruiting cole vegetable.

Contrary to the implications of recent weather, cool-season vegetables, including several cole vegetables, are seasonable. This is the time to sow seed for turnip, radish, rutabaga and other cool-season root vegetables directly into the garden. Transplant of seedlings is disfiguring to roots. Weather should be cooler by the time new seedlings start to develop.

Arugula, turnip greens, mustard greens, collard, kale and kohlrabi likewise develop most efficiently from seed. However, transplanted seedlings can be adequately productive too. Because only a few broccoli, cauliflower, cabbage and Brussels sprouts plants are likely sufficient, cell pack seedlings are likely more practical than seed. Since they are already growing, they can get planted a bit later.

Everyone seems to be familiar with radish, Raphanus raphanistrum subspecies sativus. It has been so popular with so many cultures for so long that its origin is now impossible to identify. It likely originated in Southeastern Asia at least 2,000 years ago. After so many centuries, it has become remarkably variable in regard to flavor, form and color.

Radishes are generally cool-season root vegetables, although their foliage and flowers are also edible. They can be red, pink, purple, yellow, green, black or white, with white flesh. Their form might be almost spherical, cylindrical or tapered like a carrot. Small types are only about 1 inch to 3 inches long. Some daikon radish can get as long as 2 feet!

Because radishes are typically smaller than most other root vegetables, they mature faster. Therefore, their seed can get started in their garden slightly later. If they mature too soon, warmth may cause them to bolt, which ruins their flavor and texture. Subsequent phases extend production by resuming production as previous phases exhaust their production.