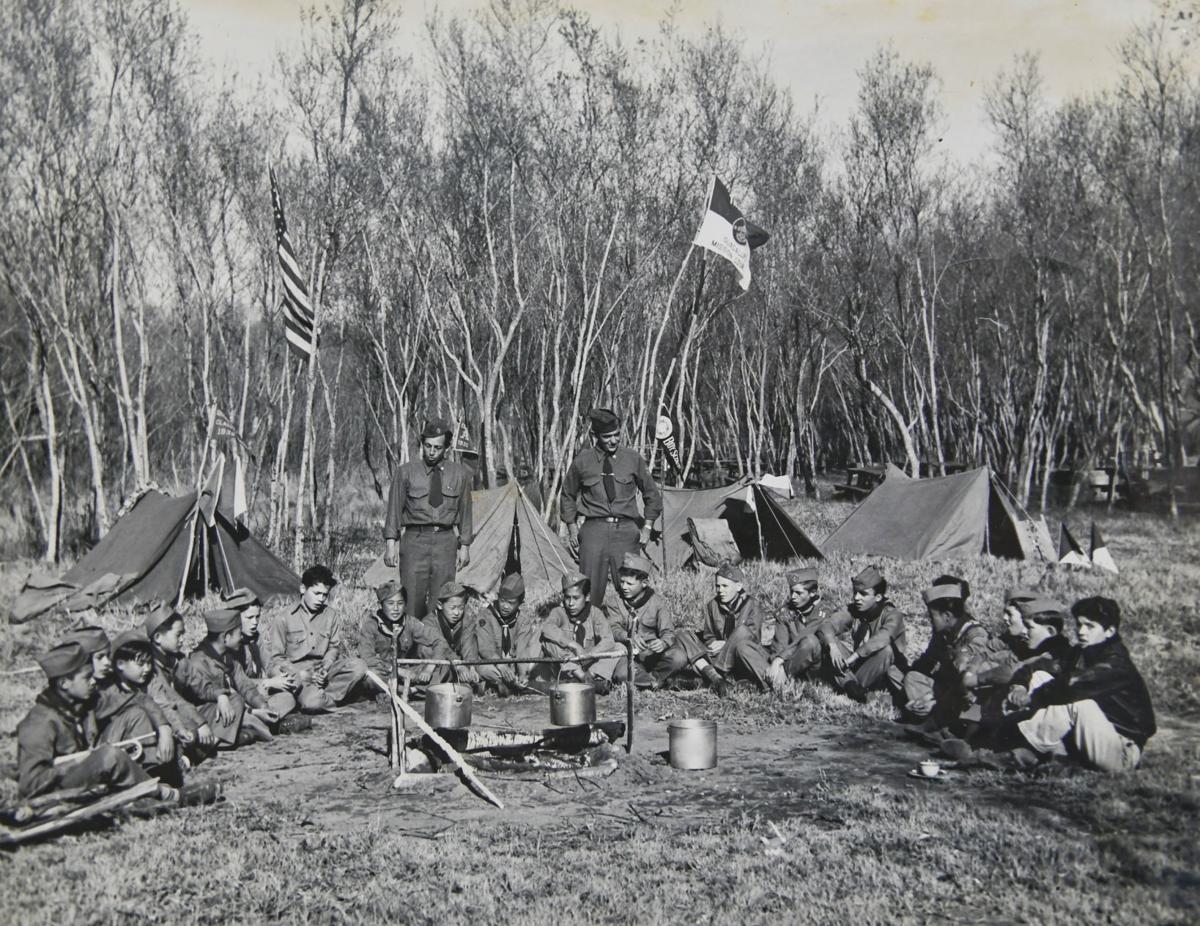 Boy Scouts gather for a camping trip to LeRoy Park in Guadalupe, in June 1949. 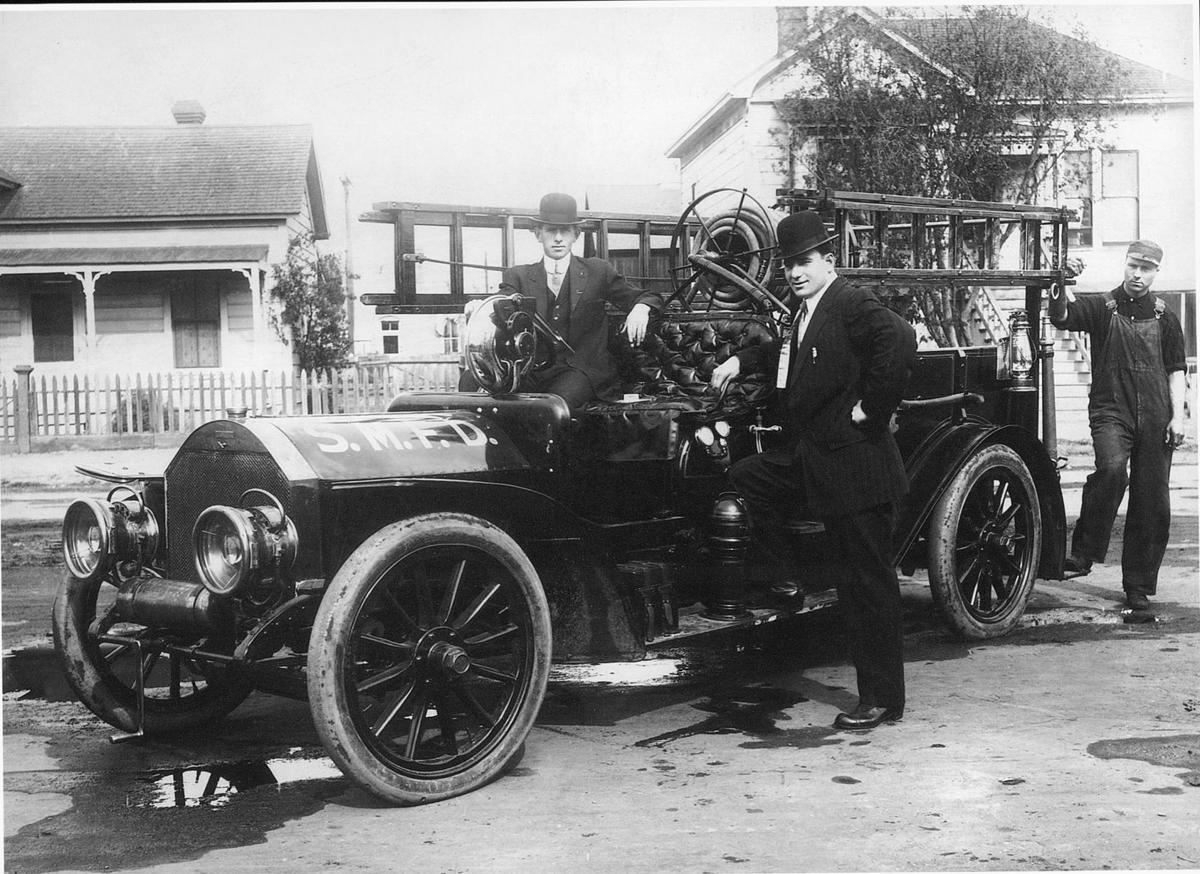 Looking back at the history of the valley, while the towns and cities of the northern part of the county had a few ranchos and missions to provide hospitality to the early occasional traveler, the actual development of the valley came much later.

For many years, the Santa Maria Valley remained a flat and treeless span of desert where winds turned into infernos of frequent sandstorms that made plant life impossible and general living conditions difficult.

Wild animals roamed the area, and for many miles around there was no human habitation except for the ranch houses of Diego Rivera on the Rancho Guadalupe, the Dana house on the Rancho Nipomo, and a stage station located at the mouth of Suey Creek, near the foothills north east of what is now the city of Santa Maria. There was also a stage station in La Graciosa, near the present site of Orcutt.

However, from the time that Benjamin Wiley, the valley’s first settler, arrived to claim a piece of government land, pioneers believed that the soil could be productive if it could be persuaded to remain in one place long enough to raise a crop, but with the strong winds, few people expected to ever happen. When a planted seedling reached about 3 inches above the ground, the strong winds seemed to have been waiting to lop it off at its base.

Wiley, who came to the area in the fall of 1867, liked what he saw, and staked his claim on a section of land, then went to Santa Barbara to make preparations for a survey of his boundaries. Joel Miller came in October of 1868 when Wiley offered him to take his choice of the four quarters of his section, and stay in the valley. Miller accepted, and was followed by the Willard McNeil and Thomas Wilson families. Within a year there were 100 families living in the valley with more planning to come.

Life was no picnic for these early settlers. Water had to be hauled from the Santa Maria River, a distance from four to eight miles in wagons that only held two or three barrels.

Since freight costs from San Francisco were prohibitive, lumber was not available to build fences to prevent the wild horses and cattle from trampling the feeble crops. As William H. Rice said, “the horses were not much good for any practical purpose. They were small, though wiry.” Trying to solve this problem, the settlers dug ditches to a depth of from two to three feet around the fields. This and makeshift fences made of large mounds of dirt with a few well-placed sticks, seemed to keep the wild animals away for a while.

Although organized drives were sometimes held to get rid of these wild horses, by getting together in drives and either shooting them or running them into pounds. The few that were captured were sold to some people from Kansas.

Two corrals were built of rails about 8 feet high, with one being located four miles south of town, while the other was located about ten miles southwest of the present Santa Maria. The corrals were about 60 feet across, circular in shape, and with an entrance 16 feet wide, they held from 200 to 250 head.

When word was sent out for a drive, armed men would respond on horseback, and start a circle seven or eight miles across, communicating by signal. When everything was ready, they closed in toward the center and toward the corral where well-placed men turned them into the runways.

Although the last drive took place around 1874 or 1875, a few wild horses were still plaguing the settlers in 1881. Deer were plentiful and did some damage to crops.

One season hundreds of wild geese swept down at night, shredding whole grain fields before they were driven off. Wild goose was a commonplace dish on pioneer tables, as were ducks and other game birds.

During the mid-70’s clouds of grasshoppers invaded the valley, breeding and hatching in the crevices of the hills on the Suey Rancho, across the river from the valley. When their wings grew they descended on the valley, settling on the first bit of greenery that they saw, and stripped young orchards, so that nothing was left but little stubs of trees.

According to the book, “This is Our Valley,’ farmers would put straw in the ditches and when the hoppers went to roost at night, the men set the straw ablaze. “Those hoppers were so bad, they’d eat the curtains at the windows if they could get at them.”

Heart of the Valley: John Fuhring to tell stories of history, local geology

John Fuhring will be the guest speaker at the Jan. 18 Heart of the Valley presentation at the Santa Maria public library on behalf of the Natural History Museum of Santa Maria.

Boy Scouts gather for a camping trip to LeRoy Park in Guadalupe, in June 1949.