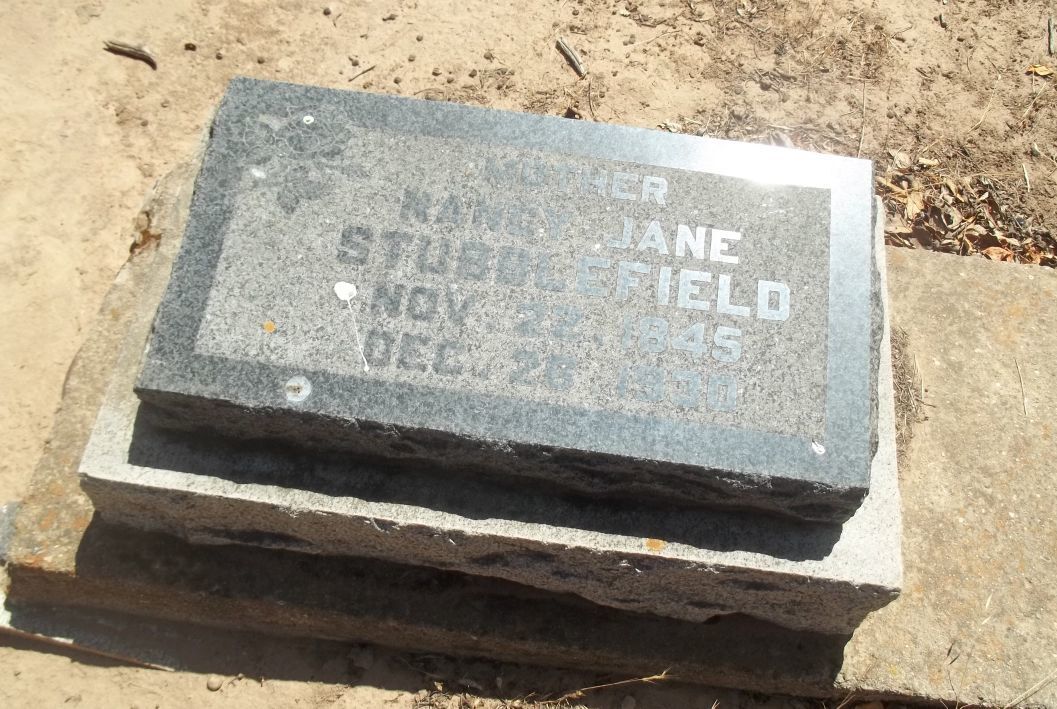 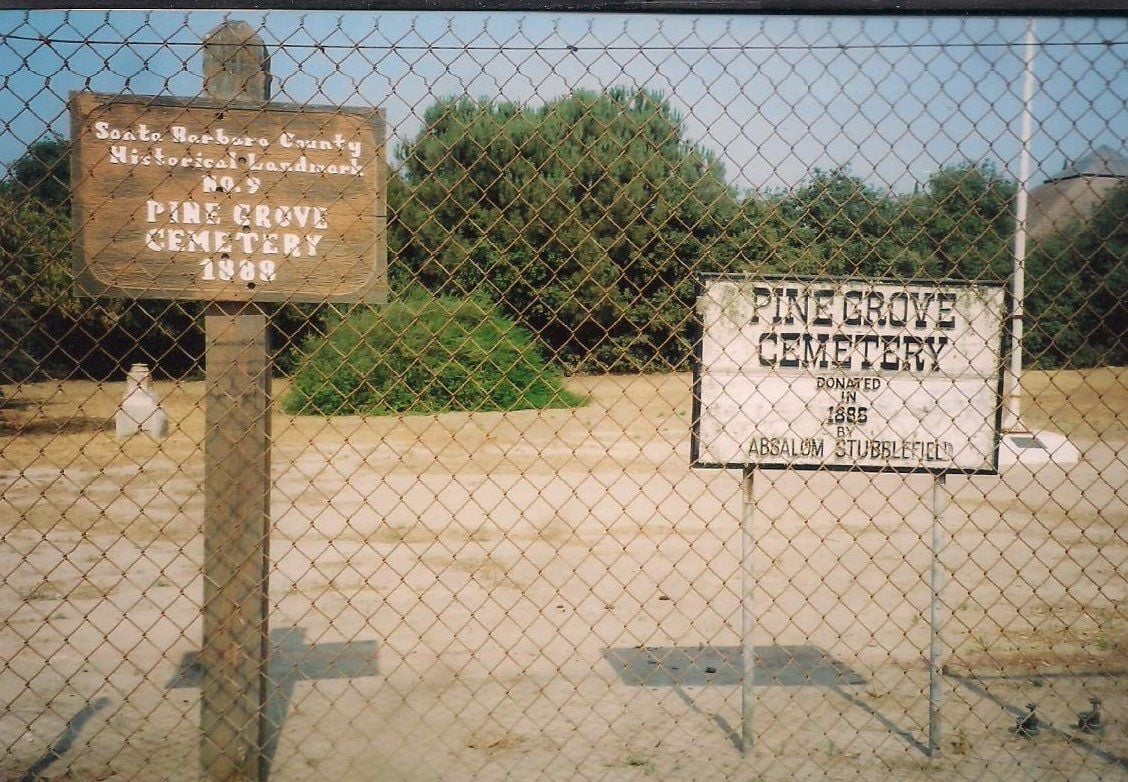 In 1976, the Pine Grove Cemetery was designated as Santa Barbara County’s Historical Landmark No. 9.

In 1868, Nancy Stubblefield homesteaded 160 acres of land which included what is now the 1¾ acre cemetery known as the Pine Grove Cemetery, located almost to the South end of Bradley Road, just a bit north of Stubblefield. Her son, Absalom, homesteaded on 160 acres south of her property.

With some of the burial sites being marked with crosses made from branches of an oak tree, it appeared that some of the Spanish and Indian families had long been using this open land as a place in which to bury their dead.

Vernon Bettencourt, grandson of Absalom Stubblefield, once told me that his grandfather, in noting the pine trees growing in the area, named the burial grounds the Pine Grove Cemetery, and permitted the new settlers to lay their loved ones to rest there.

On Oct. 6, 1888, Stubblefield sold the cemetery property to the newly organized Pine Grove Cemetery Association for $5. Officers of this group were elected and the property was divided into 40 lots, with about 12 gravesites to each lot. The association served as overseer of the cemetery, leaving the families of the deceased to take charge of the burials.

As the valley grew in population during the 1920s and ‘30s, local families began to use the larger and better maintained Santa Maria Cemetery to bury their dead, and the Pine Grove Cemetery fell into deep neglect.

Since the ensuing years brought no improvement to the condition of the cemetery, in 1974 the Tres Condados Senior Girl Scout Troop 187 initiated a special project to clean up the long-neglected cemetery, and return it to its position of historical importance. The Scouts, along with many local commercial businesses, parents, friends and descendants of the early pioneers, put in close to 300 hours of hard work to complete the project.

While these people weeded the property, the Frank O’Locco Agricultural Pest Control, Inc., sprayed the property with a weed control solution at no charge. The Newhart Family Funeral Directors repaired the 16 vandalized monuments for only a small charge for supplies. The troop purchased a lock for the gate and arranged for an identifying sign to be painted and placed in the cemetery grounds.

With the troop’s interests not being limited to manual labor alone, the members set a goal to have the old cemetery declared the county’s ninth Historical Landmark, a goal that was realized on Nov. 1, 1976. A dedication ceremony was held on the following Dec. 19 by the Tres Condados Senior Girl Scout Troop 187 on behalf of the Santa Barbara County Historical Landmarks Advisory Committee.

The Pine Grove Cemetery is currently an inactive cemetery and under the jurisdiction of the Santa Maria Cemetery District. The last person buried there was Chester Norris, who died April 28, 1997.

According to the cemetery’s policies and procedures, it will be kept in its natural state. The cemetery’s grounds will be mowed on a quarterly basis and trees will be trimmed as needed.

The entrance to the cemetery is locked, but can be opened for visitors, by appointment only, once a month. Those who wish to enter the grounds should call the Santa Maria Cemetery District office at 805-925-4595 during normal business hours, which are Monday thru Friday, from 8 a.m. to 4:30 p.m.

115 years is a tough anniversary to shop for. The gift might have to be some combination of diamonds, gold and leather, so, let's just look in…

In 1976, the Pine Grove Cemetery was designated as Santa Barbara County’s Historical Landmark No. 9.