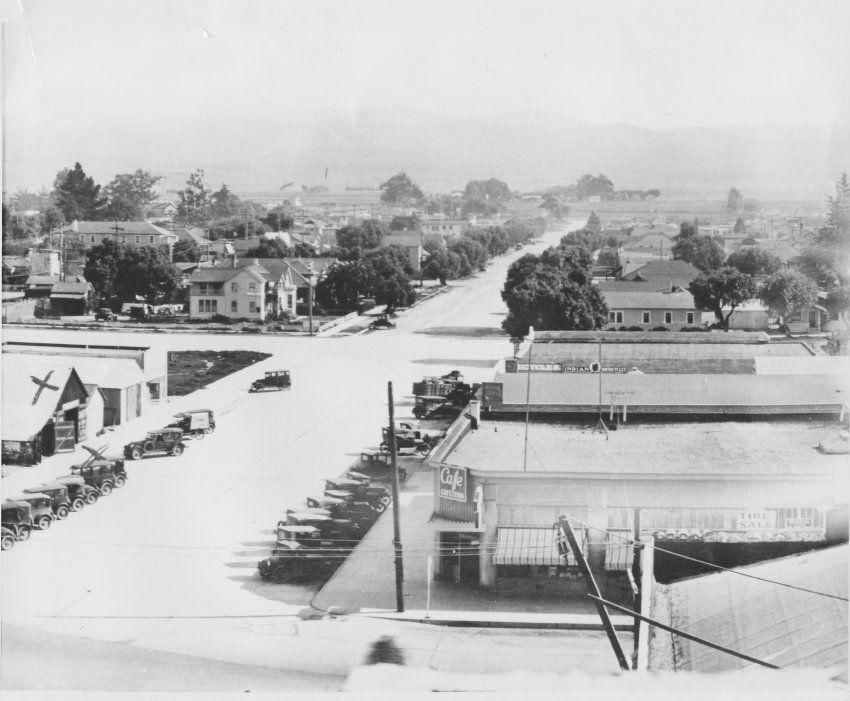 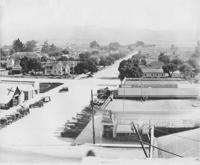 A view of downtown Santa Maria in 1929 looking east on Church Street. The intersection of Church and McClelland is seen in the background.

A view of West Main street during the 1920s.

A view of downtown Santa Maria in 1929 looking east on Church Street. The intersection of Church and McClelland is seen in the background.

A view of West Main street during the 1920s.

There wasn’t much to impress the 25-year-old George Clinton Smith when his wagon train pulled into the desolate village of Central City in December 1874. Seeing only six houses and white migrating geese flying above, it was understandable that he would wonder if he’d made the right decision in choosing Central City to make his mark on the world.

Still, though, he decided to give it a go and built up one of the most successful careers that the town has ever known.

Although Smith farmed grain for a few years, his first crop (with his father) was devoured by jackrabbits and he ended up in debt to the tune of $400. He hauled a thousand sacks of barley to Point Sal to sell in hopes of making enough money to pay off the $400 debt but was far from successful and wound up storing what he didn’t sell in his barn.

The following year brought little rain, resulting in the grain prices shooting up, making the demand high. People from Santa Barbara, upon hearing of Smith’s good supply, rushed up to Central City and bought the stored grain for $1.60 per sack.

Smith, a realtor who was a developer at heart, was a firm believer in the town of Central City, soon to be Santa Maria.

While serving as manager of Swartz and Beebe Lumber Co., Smith, along with Daniel and George Curryer, purchased an 80-acre tract of land southwest of town, subdivided it, and put it on the market as town lots known as Smith’s and Curryer’s addition to the town of Santa Maria.

This early entrepreneur, one of the first members of the Santa Maria Board of Realtors (when the town had only about five realtors) never let disaster keep him from picking himself up and trying again. He was said to have the uncanny ability to reach for the stars.

In 1901, Smith married Lucretia Reynolds, a journalist for a daily newspaper in the Bay Area.

Smith pulled in a massive fortune of $180,000 through his investments as an oil stockbroker. His home (built shortly after his son, George Jr., was born in 1907), was built on four narrow lots on Church and Thornburg streets and resembled a grand country estate. The interior had a certain exotic quality to it. A mahogany mantel on one of the original fireplaces had a strong Oriental influence. The formal dining room was finished in beautifully grained and matched solid bird’s eye maple. It also had a partial basement and a full attic, a rarity in those times.

There was no question about it, Smith doted on his son. He put up a building in the rear of the house, about the size of a garage, to house the boy’s toys, resulting in him being the only child in town who owned enough toys to fill a garage.

When the boy entered Santa Maria High School, his father built a home at West Park so that his son “wouldn’t have so far to walk to school.” When Junior graduated from high school, he joined his father in the real estate profession, with the two of them maintaining an office on the corner of Main Street and Broadway.

When Smith embarked in a mining venture in Mariposa County, he lost everything and returned to Santa Maria with his wife and son “with only $20 in his pocket.” He reentered the real estate business and was soon doing a thriving business, thus giving rise to his son’s once telling me that his father’s life story was one of “from rags to riches and back again three times” as he made and lost a million dollars at least twice in his lifetime.

During his 50-years in the real estate business, he added seven subdivisions to the city.

Smith died in 1939 and is buried in the Santa Maria Cemetery next to Lucretia, who had died in 1937.