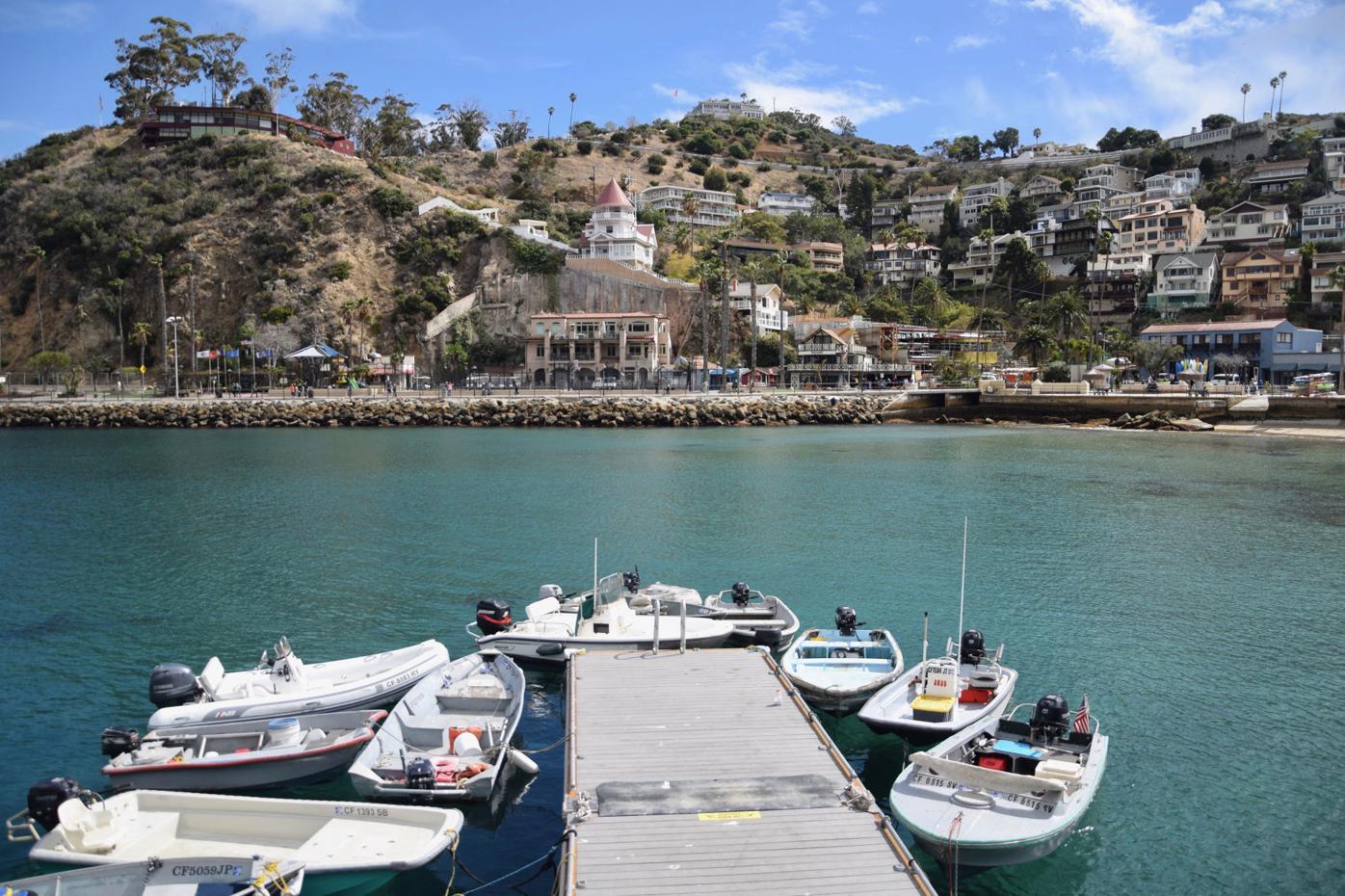 Catalina Island is a popular stop for boaters and sports fishermen. 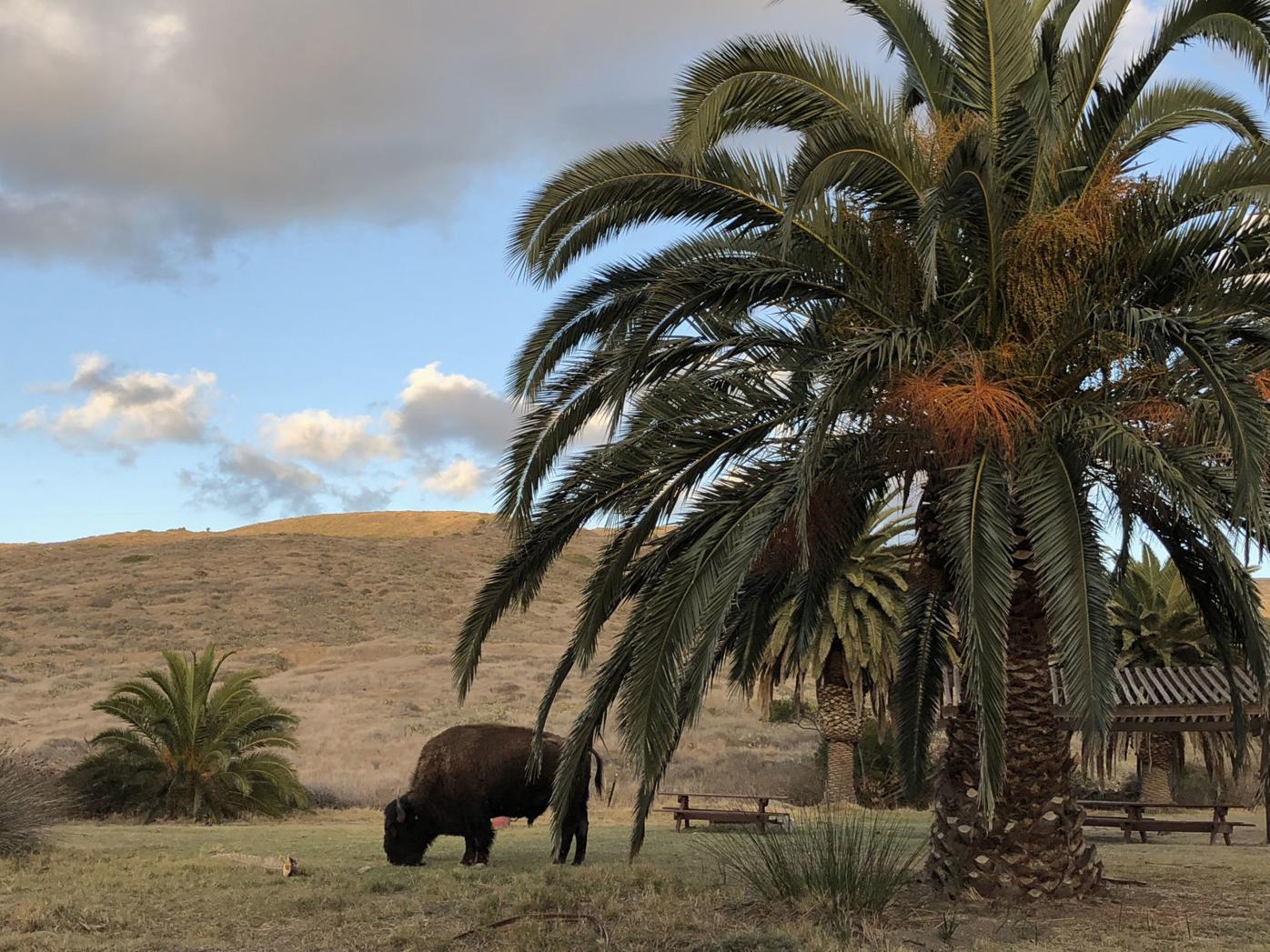 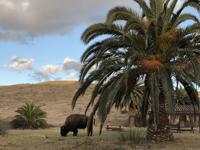 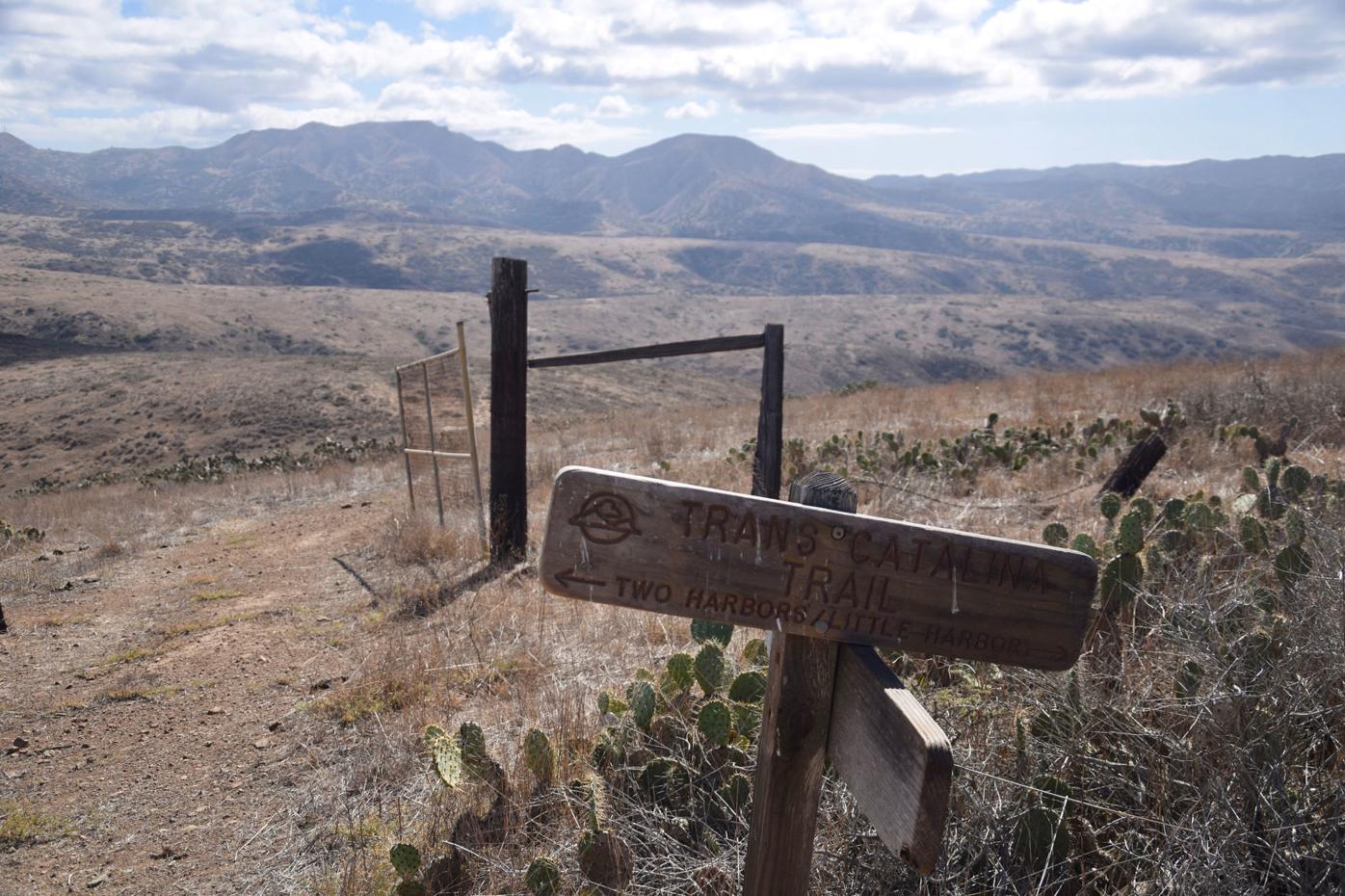 The Lower Jensen Hunting Road is part of the greater Trans-Catalina Trail, a multiday path that crosses the island.

Catalina Island is a popular stop for boaters and sports fishermen.

The Lower Jensen Hunting Road is part of the greater Trans-Catalina Trail, a multiday path that crosses the island.

Santa Catalina Island (usually called just Catalina) is the third largest of the California Channel Islands — only Santa Cruz and Santa Rosa are larger. Catalina encompasses 75 square miles, or about 48,000 acres, and is 21 miles long and up to 8 miles wide.

The island is in Los Angeles County and is the only Channel Island developed for tourism.

Over a million people a year visit Catalina Island and spend $166.7 million to do everything from enjoying the beautiful scenery to playing golf, hiking, biking, fishing scuba diving, kayaking, shopping and visiting the many museums.

The use of motor vehicles on the island is restricted, and the waiting time for residents to own a car is 14 years! Most people use golf carts and bicycles for transportation.

Only the city of Avalon is open to the public without restrictions.

The island was formed millions of years ago by tectonic plates moving under each other and volcanic activity. Mount Orizaba is the highest peak at 2,070 feet tall. Catalina is rich in quartz to the extent that some beaches on the seaward side have silvery-grey sand.

Since Catalina Island was never connected to mainland California, it originally had no plants or animals. Any that arrived on the island had to make their way across miles of open ocean. The original species to come to the island arrived by chance by wind, drifting over the sea or flown over by birds.

Starting with the Native Americans and continuing today, animals and plants also have been introduced by humans, both intentionally and accidentally.

Many non-native animals live on the island, such as deer, rats, bullfrogs, cats, etc.

Catalina was initially settled over 8,000 years ago by the Tongva people who lived in the Los Angeles area. The island natives named present-day Catalina "Pimu" or "Pimugana" and referred to themselves as the Pimugnans or Pimuvit.

They traded with the mainland natives and were renowned for their mining and working of soapstone, which was in great demand for stone cooking vessels.

Archeologists estimate that when Juan Rodriguez Cabrillo discovered Catalina Island in 1542, over 2,500 natives had villages on the island. Just like the natives on the other California Channel Islands, by the 1830s, the Pimugnans were either dead from European diseases and slaughter by otter and seal hunters or had migrated to the mainland to work in the missions or as ranch hands for private landowners.

In 1846, Governor Pio Pico made a Mexican land grant of the Island of Santa Catalina to Thomas M. Robbins, a sea captain who came to California in 1823 and married the daughter of Carlos Antonio Carrillo of Santa Barbara.

Robbins established a small rancho on the island but in 1850 sold it to Jose Maria Covarrubias, also of Santa Barbara.

Like northern California, Catalina Island had a brief gold rush. Three otter hunters claimed to have found gold on the island, and discouraged 1849 Gold Rush miners rushed to the island to prospect.

By 1863, gold-mining boomtowns briefly dotted the hills: tunnels were dug by hand, and miners camped out with only one store and saloon to supply their needs.

Also, there were rumors that the Spanish had buried gold treasure on the island. Though evidence of gold or buried treasure on Catalina is inconclusive, the legend of a gold bonanza brought many people to the island.

(NOTE: At the time, homing pigeons were used to deliver messages to and from the mainland. It took only 45 minutes for the pigeons to make the trip, whereas it took the mail 10 days to make the same trip.)

In the 1860s, a German immigrant, Agustus William Timms, rented a sheep ranch on Catalina. His boat would ferry not only sheep back and forth from the mainland but, also, tourists who wanted to swim or fish. What is today the city of Avalon was then referred to as Timms’ Landing. By the summer of 1883, there were 30 tents and three wooden buildings at Timms’ Landing.

By the late 19th century, the Los Angeles area, only 20 miles away, had reached a population of 50,000 and was experiencing a period of tremendous growth. This was a significant factor in the development of the island into a vacation destination.

The first owner to develop Avalon into a true resort destination was George Shatto, a real estate developer from Michigan. In 1887, Shatto purchased Catalina for $200,000 from the Lick estate at the height of the real estate boom in Southern California.

The Channel Islands are often referred to as the North American Galapagos Islands because of the 145 unique plants and animals found nowhere else on earth.

Shatto built the town’s first hotel, the original Hotel Metropole. Shatto's sister-in-law, Etta Whitney, is credited with naming the town Avalon. The name was a reference in a poem by Lord Tennyson about King Arthur, and it means "bright gem of the ocean" or "beautiful isle of the blest.”

Shatto laid out Avalon’s streets and promoted it as a vacation destination to the public. He hosted a real estate auction in 1887 and purchased a ship for daily trips to the island. Despite Shatto's best marketing efforts, he had to default on this loan in a few years, and the island went back to the Lick estate.

In 1891, the sons of Phineas Banning, an entrepreneur who developed the Port of Los Angeles, bought the island from the Lick estate. The Banning brothers fulfilled Shatto's dream of making Avalon a resort community by building many tourist facilities.

Unfortunately, their efforts were set back on Nov. 29, 1915, when a massive fire burned half of Avalon's buildings, including six hotels and several clubs that the Bannings had built. The Bannings tried to hang on and make it back, but in 1919 due to debts related to the 1915 fire and a general decline in tourism during World War I, the Bannings were forced to sell the island.

Chewing gum magnate William Wrigley Jr. had visited Catalina with his wife, Ada, and son, Philip, and fell in love with it. When the opportunity to purchase the island opened, he acted and bought out other shareholders.

Wrigley devoted himself to preserving and promoting the island. He invested millions in infrastructure, buildings and attractions. He purchased additional steamships to ferry tourists from the mainland.

In 1929, Wrigley completed the Catalina Casino, a dance hall, not a gambling establishment. Throughout the 1930s, the Casino Ballroom hosted many famous names in entertainment, including Benny Goodman, Stan Kenton, Woody Herman and Gene Autry. Charlie Chaplin fished off his boat. Humphrey Bogart and Errol Flynn would frequent the island. Even Winston Churchill came to fish, famously catching a marlin in 20 minutes. Legend has it that John Wayne "would walk around, wave to the kids, walk into the local eatery or establishment, have a couple of drinks, come out with a handful of quarters, and would throw them to the kids, who would dive in the water after them."

One of the island's central claims to fame is the buffalo. They were brought over to Catalina Island to film Zane Grey's 1925 film, "The Vanishing American." The film crew left them behind. Over time, the buffalo became a signature attraction for the island.

Today, you can get a buffalo burger at the airport restaurant. There is also a cocktail known as Buffalo Milk, a creamy drink made with vodka and crème de banana and topped with whipped cream and nutmeg.

Following Wrigley Jr.'s death in 1932, his son, Philip K. Wrigley, took over and continued his father's work of improving the infrastructure of the island. During World War II, the island was closed to tourists and was used for military training purposes. After the war, Philip continued to improve the island.

In 1975, two years before his death, Philip Wrigley deeded 42,135 acres of the island to the Catalina Island Conservancy, an organization he helped establish in 1972 to preserve the island. The conservancy owns 90% of the island and operates most of the tourist facilities.

The conservancy does allow day hiking and mountain biking, but visitors must obtain a permit at the conservancy's office. Hiking permits are free, whereas bicycle permits are available for a fee.

Unfortunately, due to the COVID-19 pandemic, the island is currently closed to tourists. When it reopens, a visit is worthwhile — especially the Catalina Island Museum as it has excellent exhibits and artifacts of the island’s history.