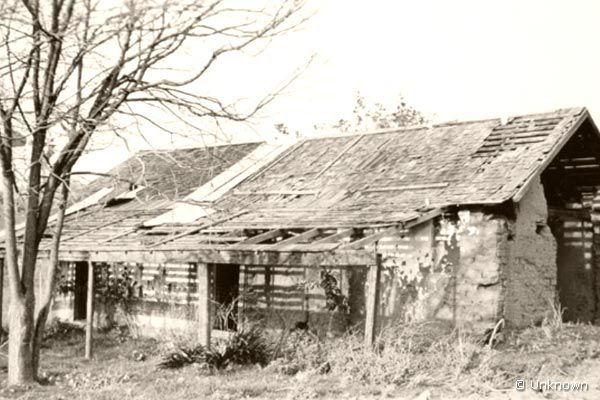 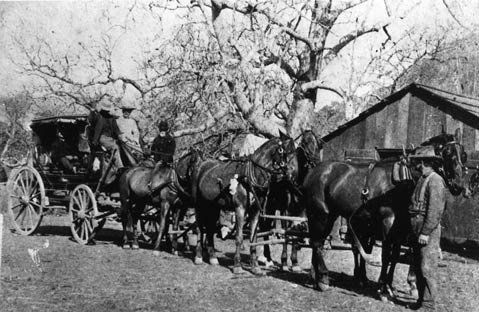 A couple of people wrote to me stating that no historical article on Gaviota Pass would be complete without mentioning Las Cruses and the impact it had on the history of our area. The development of Gaviota Pass in the late 1700s provided a direct route between the coast and the interior valleys and the mission settlements. It is no surprise then that Las Cruses became an important junction during a colorful part of our history.

Back as early as the 1830s, the settlement was located at what is now the intersection of Highway 101, at the Santa Ynez Valley and Highway 1 crossroads, leading to the Lompoc Valley.

Las Cruses was a small community in the 1950s and no longer exists, but it has an important history. Many of us older Santa Ynez and Lompoc Valley residents remember stopping at the Las Cruses store for ice cream cones and soft drinks on the way home from Santa Barbara or a day at Gaviota Beach.

How did the settlement of Las Cruses get its name?

In the early 1800s legend has it that there was a huge between the Chumash and Spanish soldiers. The Chumash had a large village at the site of Gaviota Creek. With the opening of Gaviota Pass, their village was in the way of a major Spanish travel route which created friction between the two groups. In the battle, many Chumash were killed, and their graves were marked by the native survivors with totems, seashells, etc. Franciscan priests later replaced these headstones with Christian crosses. With more than 100 graves marked, the area became known as "The Crosses" or "Las Cruces" in Spanish. Historically the town was known locally with the spelling "Las Cruses."

In 1837, Miguel Cordero was awarded an 8,152-acre land grant, which he named Rancho Las Cruces. Cordero’s father had been a member of the Gaspar de Portola’s 1769 expedition, which was the first Spanish-land exploration of the California coast. Miguel Cordero followed in this father’s footsteps and was a soldier at the Santa Barbara Presidio. Rancho Las Cruces became a successful operation with fields of wheat and barley, vineyards, orchards and cattle pastures.

The 1860s were not kind to the Cordero family as their claim to the land was in question due to the United States having won the Mexican-American War. Also, during that time the rancho was having trouble staying solvent due to floods and drought. Historical records show that during the drought of 1863 and 1864 over 9/10ths of the cattle, horse, and sheep population in Santa Barbara County, died. The family began to lease part of the land to American settlers to produce income.

For decades, parents were drawn to Vista del Mar's unique educational opportunities and small class sizes. A financial downturn spurred by the 2015 Refugio oil spill and a change to state funding may force it to merge with the Buellton Union School District.

In 1864, a plan to take the stagecoach route through Gaviota Pass created great interest in Las Cruses. It was the perfect place to rest and water the horses before the long trek up the mountains leading to the Santa Ynez or Lompoc Valleys. Operating a stage stop could mean a substantial boost in income by providing travelers with food and lodging as well as servicing the horses. Competition became fierce for who would get the contract for the stage stop.

When it became apparent the route would cross land occupied by Wilson Corliss, he built a house to serve as the stage stop and inn. Shortly thereafter, Corliss and his wife were beaten to death, their house locked from the outside and set of fire with the bodies inside. Their hired hand, Franco Coronado, was found a few days later, his bloody body wedged between some rocks nearby.

The murder caused a huge uproar in Santa Barbara and a vigilante committee of 50 men and a sheriff’s posse of 15 men was formed to catch the murderers. After a 16-day investigation, the main suspects were three brothers, Bill, Elize, and Steve Williams from Oregon who were sheep farmers and lived close to the Corliss' in an adobe house built by the original Cordero family.

The brothers were competing to get the stage stop on their land in Las Cruses. They were so sure that they would get the new station, that they had built a corral and barn for the stagecoach horses and expanded the original adobe house to serve as a restaurant and hotel.

After much discussion, a vote was taken, and it was decided there was not enough evidence to hang the Williams brothers. They were acquitted, although most of the Las Cruses townspeople believed they were indeed guilty.

After the excitement died down, two of the Williams brothers were murdered in San Luis Obispo. The murder was evidently unrelated to the Corliss incident and appeared to have been done for money. (A man was later arrested wearing a gold watch belonging to one of the brothers. He was hanged for the crime).

Following the death of the Williams brothers, A. Bascom Williams, a fourth Williams brother, came to Santa Barbara to investigate the circumstances of their deaths and to tie up any loose business affairs.

In the fall of 1866, he took up residence in Las Cruses and managed the stagecoach stop as well as being postmaster, deputy sheriff, constable and justice of the peace.

Traffic to and from the Las Cruses stage stop increased after 1875 when the Hollister and Dibblee families constructed a wharf at Gaviota to export their supplies of wool. The wharf soon became the major exporting site for the farmers of the Santa Ynez and Lompoc Valleys. After dropping off their farm exports at the wharf, most stayed overnight in Las Cruses before making their way back home.

In the late 1870s Williams was elected Santa Barbara County Clerk and moved from Las Cruces to Santa Barbara. In 1877 R. J. Broughton became the hotel manager, storekeeper, postmaster and stagecoach stop supervisor. Legend has it during this time, the stagecoach stop was not only a post office, store, hotel and polling place, but became a notorious brothel and whiskey emporium. Records show there were many gun fights and robberies. Legend has it there were two prostitutes killed and their ghosts haunt the old adobe to this day.

In 1880, W.W. Hollister and the Dibble brothers bought all of Rancho Las Cruces from Vicente Cordero, one of the sons Miguel Cordero who had gotten the original Mexican land grant. The price was $2,218.

The Hollister-Dibblee empire continued to grow and by 1891, it comprised over 100,000 acres, including not only Rancho Las Cruces but Ranchos San Juan, Salsipuedes, Espirada, Santa Anita and Gaviota. The entire area was referred to as the San Julian Ranch and the partnership owned 75,000 head of sheep and 500 head of cattle.

Las Cruses continued to prosper under the Hollisters and Dibble brothers during the 1880s and 1890s. Following the death of R.J. Broughton, a Basque sheepherder, Jacob Loustalot and his wife Rosaline rented the adobe from the Hollisters and became managers of the stage stop, café and bar, and closed the hotel due to its reputation as a brothel. The station was used by the many Hollister ranch hands, who stopped by for meals as well as drinks.

With the completion of the Southern Pacific Coast railroad Line in 1901, stages continued to link the Santa Ynez Valley with the railroad at Gaviota as late as 1914. The adobe only served as a café and bar. Jacob Loustalot died in 1916 and three years later his wife left Las Cruses.

For decades, parents were drawn to Vista del Mar's unique educational opportunities and small class sizes. A financial downturn spurred by the 2015 Refugio oil spill and a change to state funding may force it to merge with the Buellton Union School District.

The Hollisters continued to use the adobe house as a stopover when driving their cattle through the pass, but it was no longer a commercial venture.

Meanwhile, automobiles were beginning to use Gaviota Pass and on the east side of what is now Highway 101, John and Cesarina Loustalot opened a store and inn to cater to passing motorists. Other business in the immediate area included a gas station and garage. In 1941, the population of Las Cruses was 64.

Today, with the advent of the overpass connecting Highways 1 and 101, there are no business left to serve the traveling public at Las Cruses. The original adobe house built by the Cordero family which served as the stage stop still stands and is a historical site. In 1967 the California State Parks Department purchased the adobe and surrounding lands from the Hollisters and it is part of Gaviota State Park.

As you drive Highway 101 and pass under the Highway 1 overpass, take a moment to remember Las Cruses and its colorful history: pay tribute to the hundreds of Chumash buried there, the Spanish and Mexican settlers who drove to develop the county, the many services provided by the community of Las Cruses and to the many pioneers who would not have been able to homestead and earn a living without Gaviota Pass.

Known in the Valley as "Big Lar," Saarloos, a cattleman, grape grower, active community member and family man has died at the age of 68.

Old Town Market, which has operated as Old Orcutt's local grocery store since the late 1940s, will be closing its doors this summer after the building was sold in late April, according to market owner Mark Steller.

Debbie Roberts Loucks: Why horses bite, how to stop it

A biting horse is one of the easiest remedial issues to fix, and can be done in 5 seconds – by any horse owner.