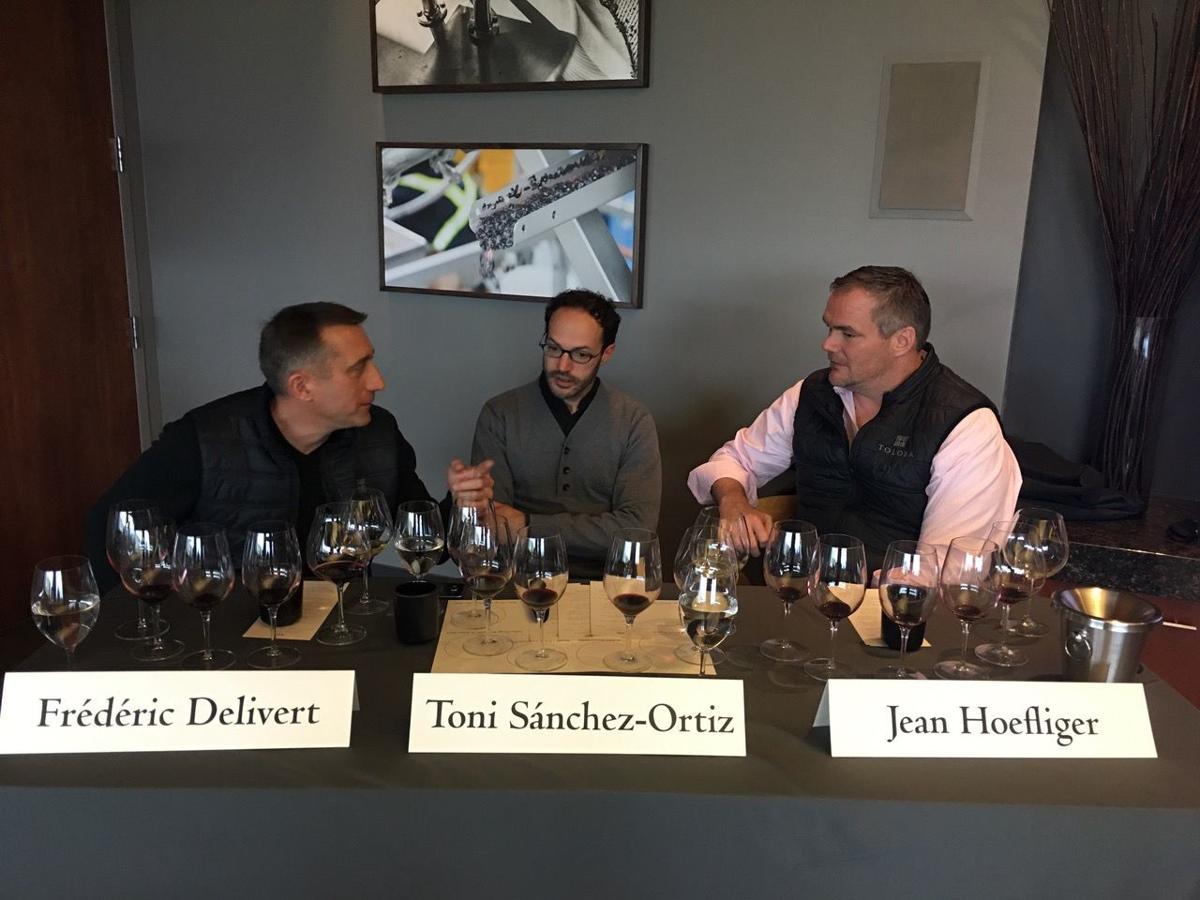 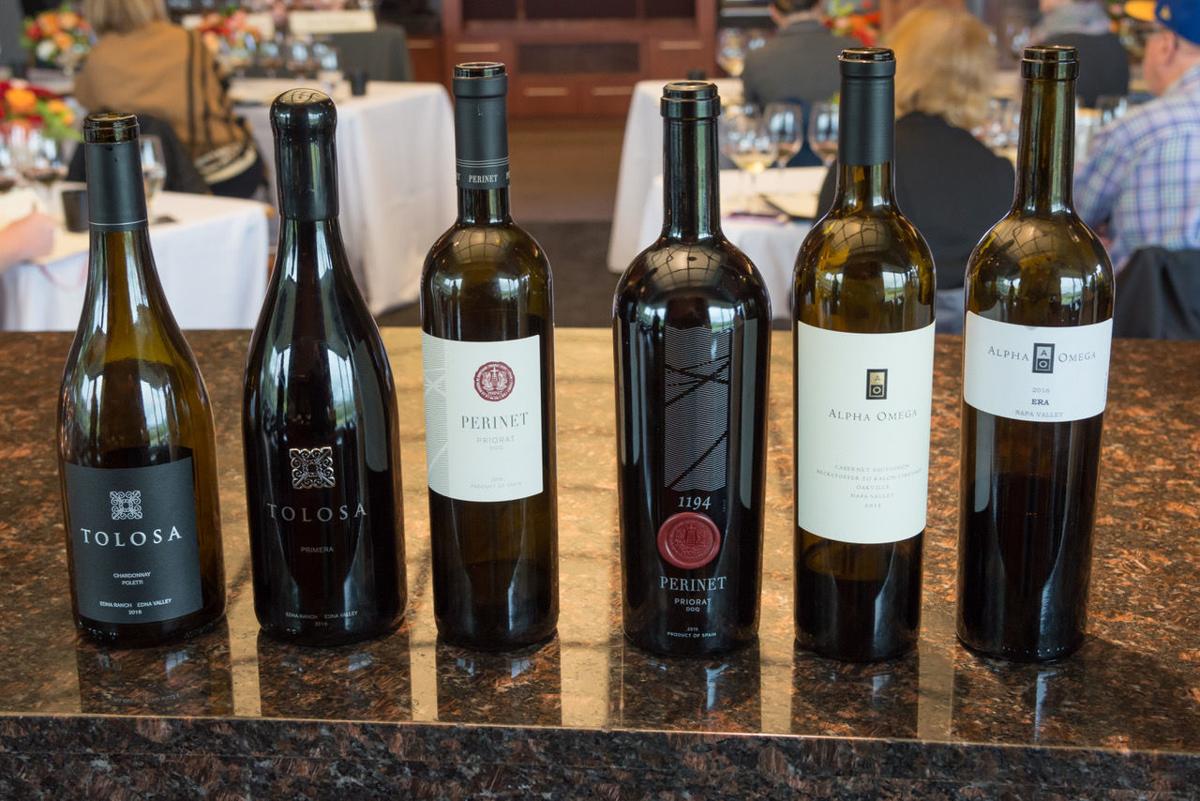 During the event, attendees were provided a tasting of two flagship wines from each of the three brands -- Tolosa, Perinet and Alpha Mega.

After moving to the Central Coast in 1996, I often heard foresighted Santa Barbara County winemakers at media tasting events discussing their efforts to grow classic Spanish wine varieties, like Albarino and Tempranillo, in Central Coast wine-growing regions. I found it surprising, since those grape varieties were not yet established here. Then, I had little understanding about the intense passion of our pioneering winemakers and vintners who have always been dreamers.

It didn’t take long to catch on. Most of them had great success in growing and making Spanish varieties as well as Italian and French varieties in both San Luis Obispo and Santa Barbara counties.

Wineries, like Verdad in Arroyo Grande and Longoria and Babcock in Lompoc, immediately spring to mind for their fine Spanish varieties, along with many other great Central Coast brands.

During a media tasting event this past week at Tolosa in Edna Valley, I learned of a new visionary wine group named the Alpha Omega Collective. They're quite different from a typical wine company in the U.S., because not all of their brands are American.

The announcement was about a collaboration of three brands in three very impressive wine regions -- Napa Valley, Edna Valley and the Priorat, in Spain.

It’s a new development by Robin and Michelle Baggett, who now manage Tolosa. Robin established their first winery, Tolosa, in Edna Valley in 1998 with two partners. He left in 2006 to start a new Napa Valley project, Alpha Omega. Robin and Michelle returned in 2015 to take over management at Tolosa. He bought out shares from his original partner and vineyard manager Jim Efird, who had retired. He remains in partnership with Bob Schiebelhut, who now heads production at Tolosa. I had heard from their club members that they think it’s corporate-owned, which is not correct: It’s family-owned and operated.

The Baggetts renamed their base company the Alpha Omega Collective after their second flagship winery, Alpha Omega, in Napa Valley.

“After my wife Michelle and I purchased a sizable interest in Perinet last summer, we knew it was time to bring all our wine labels under a single brand name," Robin said in a statement. "As we expand our vision as vintners, we are looking to follow the model of impeccable hospitality and singular wines established by our flagship brand, Alpha Omega. From there, it was natural to call our master brand the Alpha Omega Collective."

While Tolosa specializes in Burgundian varieties of chardonnay and pinot noir, in Napa Valley they specialize in the prime Bordeaux varietal, cabernet sauvignon. Their third and most recent addition is Perinet in the Pirorat region of Spain, one of that nation’s most talked about wine-growing appellations in the southeast region.

Winemaker Jean Hoefliger holds a high position in the Alpha Omega Collective as consulting winemaker working with the winemakers for all three brands.

“Edna Valley is a hidden gem with amazing terroir (for pinot noir and chardonnay) on a large diversity of soils from clay to gravelly loam. They model their wines after Burgundy, but these wines will never be the same as Burgundy,” explained Hoefliger, from Alpha Omega in Napa Valley. It wasn’t the first time I had heard such thoughts, but he’s not saying they aren’t great wines.

After 32 years of working around the wine industry, I couldn’t agree more. But to me, that is the mark of any memorable wine. It’s an incredible wine with an expression of its place of origin that tastes as good on its own as it does when paired with the perfect meal. It’s sublime yet irresistible, and it makes you take notice.

The media event provided a tasting of two signature wines from each of the three brands, while the three winemakers, including Tolosa's Frederic Delivert, discussed their winemaking styles for their brand. I was happy to find all of the high-quality brands quite impressive. They are not inexpensive wines nor are they overpriced, and they are excellent choices for special occasions and celebrations.

You will always get better value for your buck by joining the wine club at such wineries if you are an aficionado of one brand, or all three.

I enjoyed the personable camaraderie between the jovial winemakers from different countries who kept us all amused by kidding each other while teaching us much about their winemaking styles.

During this tasting, the focus was mostly on their latest acquisition, Perinet in Spain. Unlike American wine regions, where winemakers are given an amazing amount of freedom to express themselves with blends and winegrapes from regions other than where they live and produce wines, the regulations in Spain are quite rigid.

“The land of the Priorat has soils with lots of complexity, and the soils are very rocky which means the roots go very deep, and they still make very well-balanced wines,” said Toni Sanchez-Ortiz, who has made wines in the Priorat for 18 years.

As I said earlier, nearly every winemaker I’ve known has worked diligently at becoming better every year, despite difficult odds. Is it any wonder we wine lovers share their passion for discovering fine wines?

Kathy Marcks Hardesty can be reached at kathy@centralcoastcritic.com.

From the Vine: A good start for 2020 in wine country

In Santa Barbara County (SBC) wine country, there are always wine events happening monthly that are educational, delicious, and loads of fun. …

There’s no shortage of good restaurants in Solvang and the several small towns around it, nor great tasting rooms. Judging by the growth of Los Olivos alone, over two dozen wine tasting rooms there offer excellent Santa Barbara County grown wines.

During the event, attendees were provided a tasting of two flagship wines from each of the three brands -- Tolosa, Perinet and Alpha Mega.