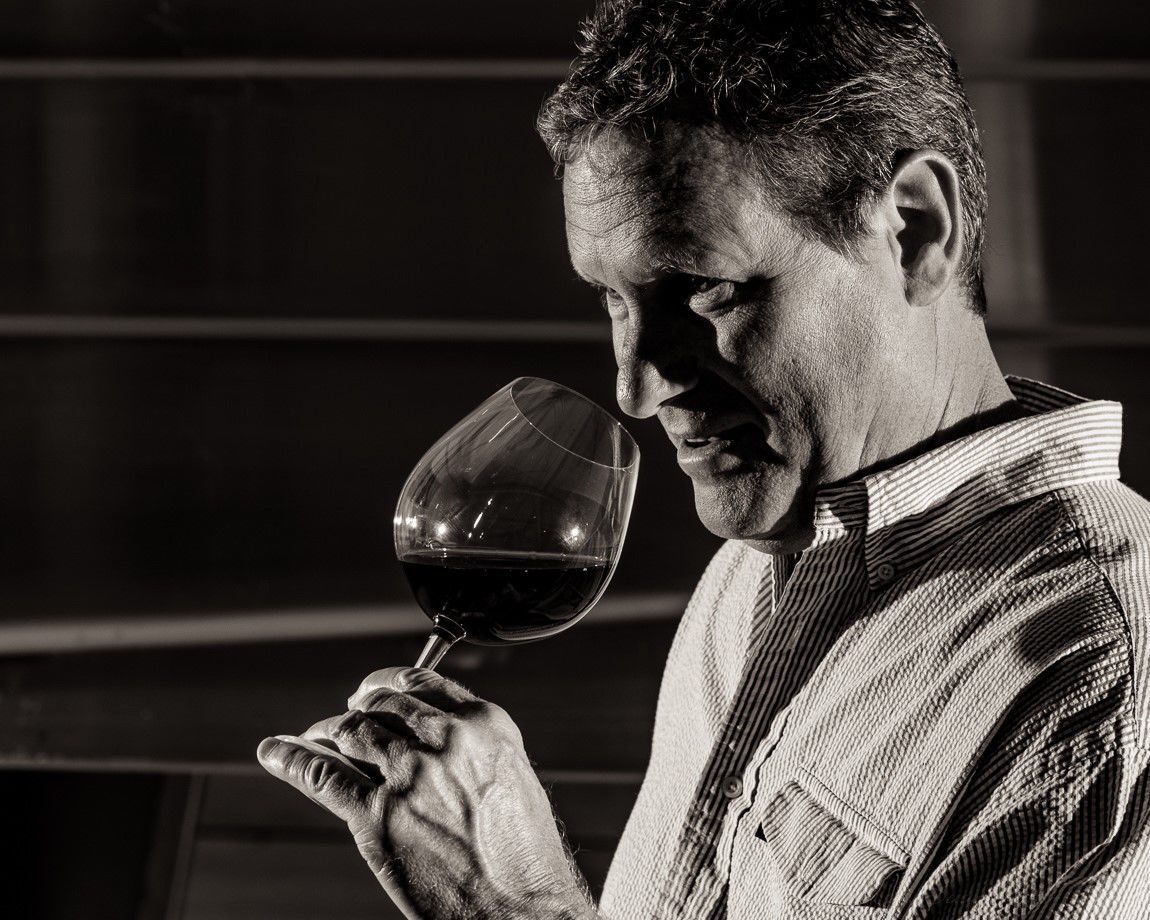 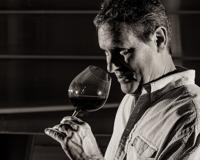 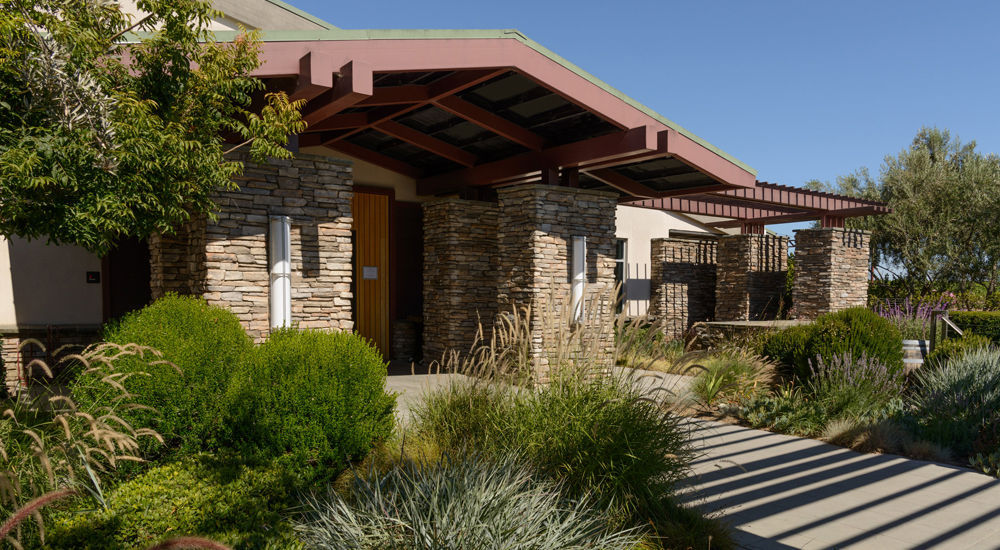 The entrance to the Tolosa tasting room on Highway 227 (Broad Street) in San Luis Obispo.

The entrance to the Tolosa tasting room on Highway 227 (Broad Street) in San Luis Obispo.

On Sept. 10, 1998, a bright, sunny fall day in Edna Valley at Tolosa, a semitruck loaded with 140 tons of freshly harvested muscat grapes pulled into the brand-new winery across from the San Luis Obispo County Regional Airport. That muscat was the first to be crushed at Tolosa, but it wasn’t their wine. The grapes were purchased by the Martin Brothers Winery (later Martin-Weyrich partners/owners) in Paso Robles. Martin winemaker Craig Reed gave me permission to write about it. They were among Tolosa’s custom crush customers.

It was exciting because it’s a rare occurrence. Few wineries invite the media when there could be potential problems operating for the first time. I felt fortunate to be there for the exclusive experience, thanks to Stephen Ross Dooley, owner and winemaker of Stephen Ross Wines. Dooley was the consulting winemaker when Tolosa was built in San Luis Obispo, and he helped them make it a state-of-the-art wine processing facility (from his long winemaking career).

Tolosa was larger than most of their neighbors in Edna Valley because they planned to offer custom crush services to other wineries, and its popularity required expanding the production capacity. For example, after crushing grapes for Martin the juice was later transported to their winery in Paso Robles. Tolosa also handled similar jobs for wineries in Napa Valley that purchased grapes from Central Coast vineyards. The grapes make better wine when they are crushed soon after harvest, then the juice is transported in refrigerated tankers to the winery that bought them.

Tolosa was created by San Luis Obispo lawyers Robin Baggett and Bob Schiebelhut, who brought in the highly respected Edna Valley viticulturist Jim Efird as a partner. They planted their first vineyard in 1988, opening the tasting room a decade later. I’ve witnessed a very successful run over all these years, so why fix things that don’t need fixing?

Fast forward to today, nearly three decades since they planted vineyards, and Tolosa has undergone an impressive makeover. I saw much of it for the first time on a recent tour, and I was amazed by the changes and the wines. It was my first meeting with winemaker James “Jim” Kress, who started his career at Domaine Chandon in Napa Valley. I found him witty and wise about winemaking and viticulture.

He’s made many changes on Tolosa’s production side, like utilizing a computer operated, optical sorting machine. It eliminates the expense of a crew hand sorting freshly harvested grapes.The modern computer chooses only ideal-sized grapes to crush for their single vineyard, 1772, and and flagship Primera wines. Air jets blow the leaves, stems and odd grapes off the sorting table.

When I asked what they did with the grapes not chosen, Kress explained: “I’m not a fan of saignee (bleeding juice from pinot noir to make rose). We use the nonselected grapes to make our rose (Heritage label). The new square tanks allow more room and better temperature control for heating and cooling.”

You can view the modern tanks from above while in the tasting room.

“We don’t do any pumping of the wines, use a small basket press, and only do pump-over every two to three days after harvest.” He also noted they are sustainable in practice (SIP) certified, and 100 percent solar powered.

During the following tasting of their new flagship and single vineyard wines, I was considerably impressed. Not only is he very knowledegable about the vineyards he buys fruit from in Sonoma, Monterey and Santa Barbara counties, he’s as familiar with the weather and the soils. The wines were definitely impressive, all of them.

During their winemaker’s dinner at Ember (Arroyo Grande), organized by Event Manager Lisa Schiltz, it ranked among the best I’ve experienced. Dinner began with passed appetizers, then four gourmet dishes that paired beautifully with Tolosa’s single vineyard wines. We relished every dish with pairings like smoked lobster chips and dip with the 2015 Poletti Chardonnay, duck cassoulet with the 2015 Apex Pinot Noir, beef tenderloin with the 2015 Stone Lion Pinot Noir “1772,” and concluded with Rutiz Farms strawberries on angel food cake with Chantilly whipped cream, and creme fraiche ice cream with the 2013 Legacy Viognier. After attending an epic winemaker’s dinner like this, you know it’s worth the price. Tolosa is bringing us a taste of Napa Valley style, yet it’s a much better value comparatively.

At the tasting room they no longer offer their value-priced Heritage wines, although all are still available in wine shops, and restaurants. They only offer the flagship Primera, the six single vineyard pinot noirs and two chardonnays, and the 1772 reserve bottling at the tasting room. The Single Vineyard Series club members are offered barrel sample tastes in the tasting room. If you want to buy any of these special wines they are only available in three-pack wooden box sets or by the magnum (a double size of the 750 ml bottle). It’s definitely worth looking into the wine club, which provides better prices, exclusive buys on new releases, and winemaker’s dinners.

The new tasting room offers such rarities as a tasting tour to see behind the scenes. It’s recommended that you make advance reservations but they do take walk-ins if your timing is right.

You’ll learn much more about Tolosa by visiting www.tolosawinery.com. General Manager June McIvor explained the new philosophy at the tasting room: “It’s all about what we can do for you to have the best possible experience at Tolosa.”

Kathy Marcks Hardesty can be reached at kathy@centralcoastcritic.com.