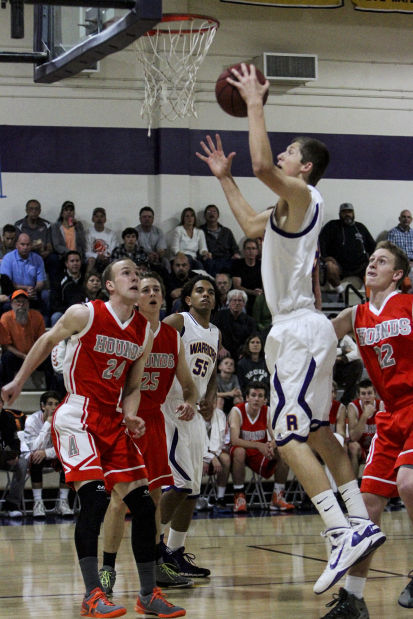 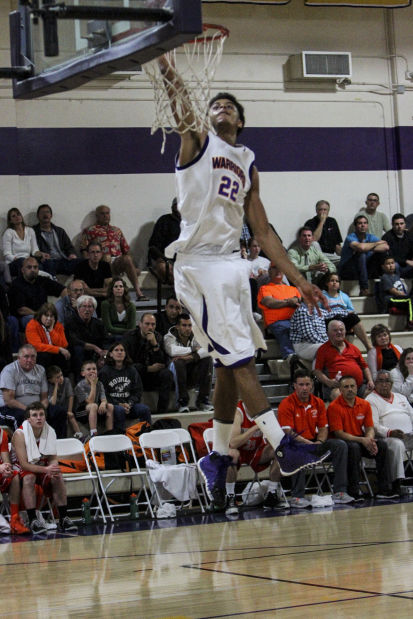 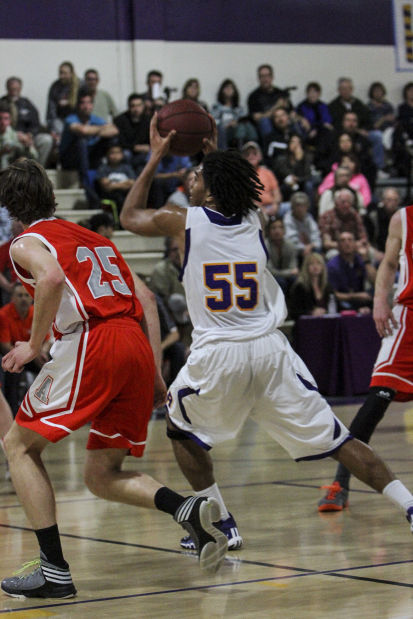 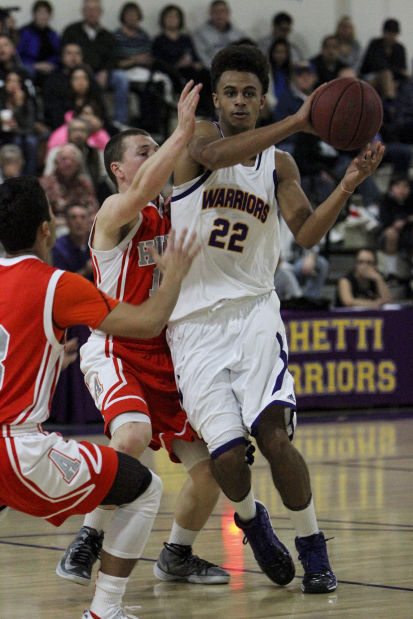 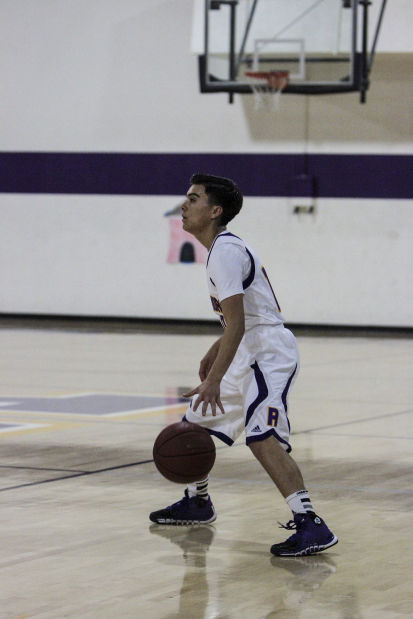 Atascadero’s boys basketball team is one win away from PAC 7 League perfection.

Last-place Pioneer Valley stands in the way of a 12-0 PAC 7 campaign for the Greyhounds after they beat Righetti 55-42 at Righetti’s Warrior Gym Wednesday night. Cameron Walker popped in 31 points for Righetti, but none of the other Warriors could score much.

The Greyhounds (21-2, 11-0) have already clinched the PAC 7 championship. They will wrap up their regular season with a 7:30 p.m. home game against Pioneer Valley Friday night.

Walker was doing it all for the Warriors Wednesday night — short shots, long shots, second-chance shots, 3-pointers, layups and dunks — but it wasn’t enough against a Greyhounds team that consistently shut off the inside against the other Warriors and didn’t make many mistakes.

“(The officials) were letting a lot of stuff go,” Righetti coach Kevin Barbarick said. “It was very physical.

“Cam played through it. He did a great job for us tonight. They were just able to make us take jumpers, and we just didn’t make enough of them.”

The Greyhounds made enough 3-pointers, eight, to win with room to spare. Atascadero gradually lengthened what was a 25-24 halftime lead.

Florida State signee Rob Berwick had just eight points but, “He did a good job distributing,” the ball , said Barbarick. Walker guarded Berwick much of the night.

Walker and Berwick went hard after a loose ball late in the third quarter and Berwick, after being called for the foul, came away from the scramble bleeding from the mouth. After trainers attended to him, he was able to re-enter the game in the fourth quarter.

The Greyhounds’ drive-and-dish offense wasn’t devastating, but Atascadero made enough timely baskets to get the job done.

“They’re a very polished team,” said Barbarick. “They’re better than anyone else in the league at hitting the open man.”

Walker drew Righetti within 30-29 with an old-fashioned 3-point play early in the third quarter, but the Greyhounds gradually pulled away after Berwick grabbed an offensive rebound and scored to make it 32-29 with 4:34 left in the third.

Kevin Woodard took a good pass from Berwick and scored, and then Johnson and Kim followed with 3-pointers to make it 40-29. The closest the Warriors could come after that was the 40-32 they trailed by when the fourth quarter started.