The planet and its wondrous inhabitants take center stage this week in celebration of Earth Day.

Several documentaries will spotlight the wonders of the outside world, while a live R&B battle and a new Beastie Boys documentary provide a chance to get moving in our homes. For non-virus offerings, HBO will premiere a new dark comedy while PBS takes a street-level view of climate change through the eyes of New Yorkers.

Here's a collection curated by The Associated Press' entertainment journalists of what's arriving on TV, streaming services and music platforms this week.

— "Bad Education": Even before the pandemic, "Bad Education" was one of the more notable movies to bypass theaters. HBO picked it up in a high-priced acquisition at last fall's Toronto Film Festival, and this Saturday will debut Cory Finley's based-on-a-true-story black comedy. Hugh Jackman and Allison Janney star in a tale of flimflammery and farce in an affluent Long Island school district.

—"Circus of Books": A handful of original movies premiere this week on Netflix, including the Chris Hemsworth action film "Extraction" and the animated family film "The Willoughbys." But the best of the bunch is "Circus of Books," which debuts Wednesday on the streaming service. It's a portrait of a conventional family in an unconventional business. For more than 35 years, Karen and Barry Mason, a straight couple with three kids, ran Circus of Books, a Los Angeles gay porn shop that played a vital role in the city's LGBTQ life. The documentary, directed by their daughter Rachel Mason, depicts a Mom and Pop shop unlike any other.

—"The Hottest August": Brett Story's documentary, playing Monday on PBS' "Independent Lens," takes a novel approach to capturing the concerns of climate change. He uses no slide shows or data points but, across one sweltering summer, meanders around New York asking people about their concerns for the future. It's a personable portrait of mass dread and it's already a strange time capsule. Not just because the unease voiced in "The Hottest August" has already been overtaken by other worries. But because simply strolling around New York and chatting with regular people already feels like a distant past.

— R&Battle: R&B icons Kenneth "Babyface" Edmonds and Teddy Riley's highly anticipated Instagram Live battle — which had more than 400,000 viewers clutching on Saturday night — tanked due to Riley's technical difficulties. Thankfully it's been rescheduled for Monday at 8 p.m. EDT. The battle is part of the "Verzuz" series created by Grammy-winning hitmakers Timbaland and Swizz Beatz to offer fans some enjoyment and music while being homebound. Babyface, the only person to win the producer of the year Grammy four times, is behind hits for Whitney Houston, Toni Braxton, Boyz II Men and more. Riley spearheaded the New Jack Swing era in music in the '80s and '90s that dominated radio and the charts, winning Grammys for work on Michael Jackson's "Dangerous" album and for the R&B classic "No Diggity," performed by his group Blackstreet.

— Beastie Boys, "Beastie Boys Story": Mike Diamond and Adam Horovitz of Beastie Boys take you on a personal and hilarious ride in "Beastie Boys Story," a new documentary about the iconic New York City group debuting Thursday on Apple TV+. Directed by longtime collaborator and friend Spike Jonze, the film looks at the trio's 40-year career and friendship, with particularly soft and emotional moments about late member Adam "MCA" Yauch, who died from cancer in 2012.

— Dr. Dre, "The Chronic": Twenty-eight years after its release, Dr. Dre's epic and groundbreaking debut album will be available on digital streaming platforms on Monday, which is 4/20, the unofficial holiday for marijuana smoking. The album, released on Death Row Records and now part of the National Recording Registry, wasn't available digitally due to contractual issues. "The Chronic" came after Dre's split from N.W.A. and also introduced the world to hip-hop godfather Snoop Dogg.

— The great outdoors is exactly what we need to see right now and BBC America has it — from fireflies lighting up a forest to chimpanzees cracking open nuts with rocks. The veteran documentary-makers have condensed their superb series "Seven Worlds, One Planet" into a 90-minute best of collection on Tuesday, visiting all the continents and telling multiple stories from each. Airing on the eve of Earth Day, this is the show you and your family should watch to celebrate the planet and animal world we can re-connect with one day. If you want to huddle together like snow monkeys, we won't judge.

— Take a tour through the fascinating mind of Phoebe Waller-Bridge — and do good at the same time. Amazon is streaming "Fleabag," the one-woman stage show that launched the lauded television series, with all proceeds going to communities affected by COVID-19. The live 80-minute event is different from the TV series, but fans can see the germ of ideas that would enliven the Emmy-winning show. (There's no "hot priest" but there is a naughty reference to Zac Efron.) Waller-Bridge's character is sharp-witted and masterful at revealing emotions, candid and horrified by her own desires. "Either everyone feels like this a little bit and they're just not talking about it, or I am completely alone," she says. She's not alone, except onstage. At just $5, this is a bargain.

11 Must-See Performances From 'One World: Together at Home' (VIDEO)

Sen. Chuck Schumer said post-midnight talks among Democratic and Republican leaders, along with top Trump administration officials produced a breakthrough agreement on the package. Get the latest developments on this and other coronavirus news here. 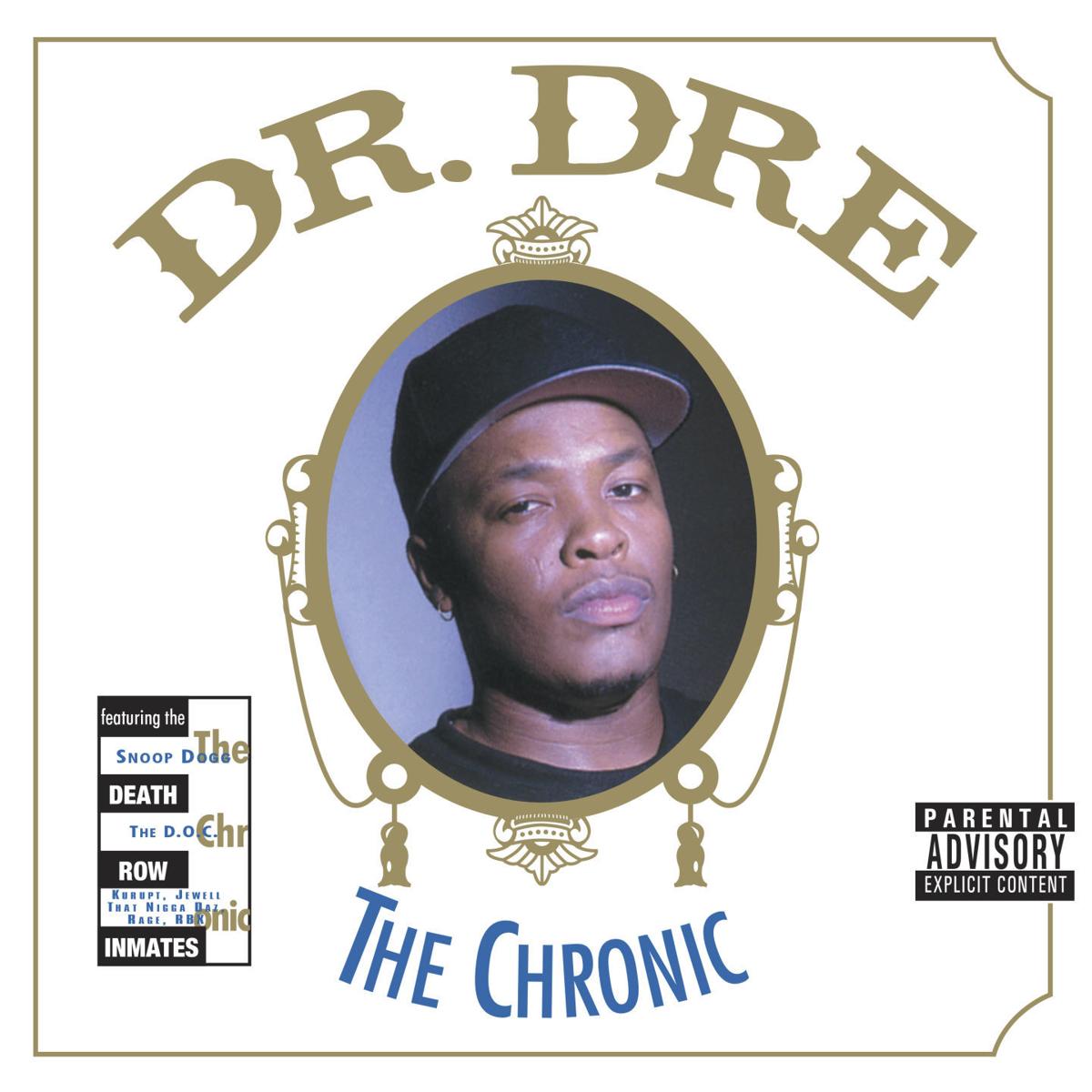 This cover image released by Entertainment One shows "The Chronic," Dr. Dre’s epic and groundbreaking debut album, is available on digital streaming platforms on Monday. The album, released on Death Row Records, came after Dre’s split from N.W.A. and also introduced the world to hip-hop godfather Snoop Dogg. (Entertainment One via AP) 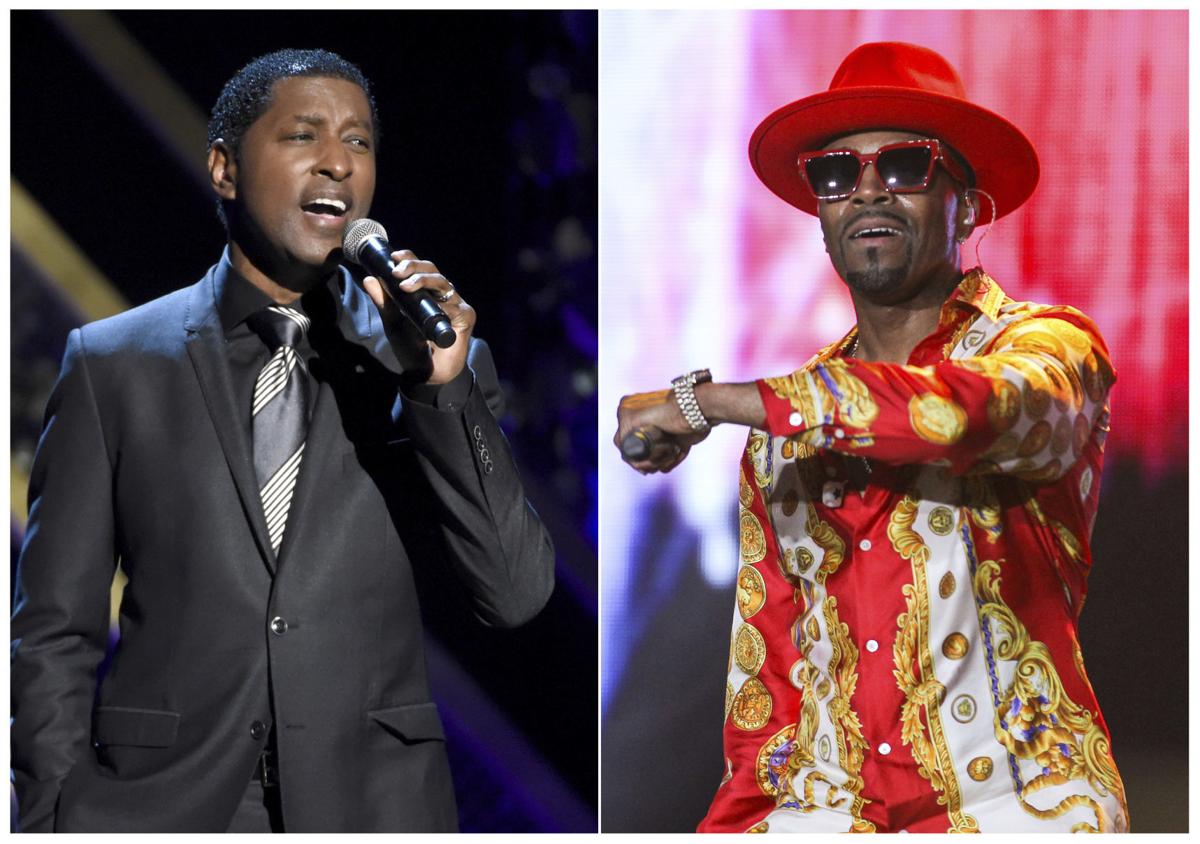 This combination photo shows Kenneth "Babyface" Edmonds performing during an In Memoriam tribute at the 42nd annual Daytime Emmy Awards in Burbank, Calif. on April 26, 2015, left, and Teddy Riley performing at the 2019 Essence Festival in New Orleans on July 7, 2019. Edmonds and Riley’s highly anticipated Instagram Live battle - which was planned for Saturday night - tanked due to Riley’s technical difficulties. Thankfully it’s been rescheduled for Monday at 8 p.m. EDT. The battle is part of the “Verzuz” series created by hitmakers Timbaland and Swizz Beatz to offer fans some enjoyment and music while being homebound due to the spreading coronavirus. (Photos by Chris Pizzello/Invision/AP, left, and Donald Traill/Invision/AP) 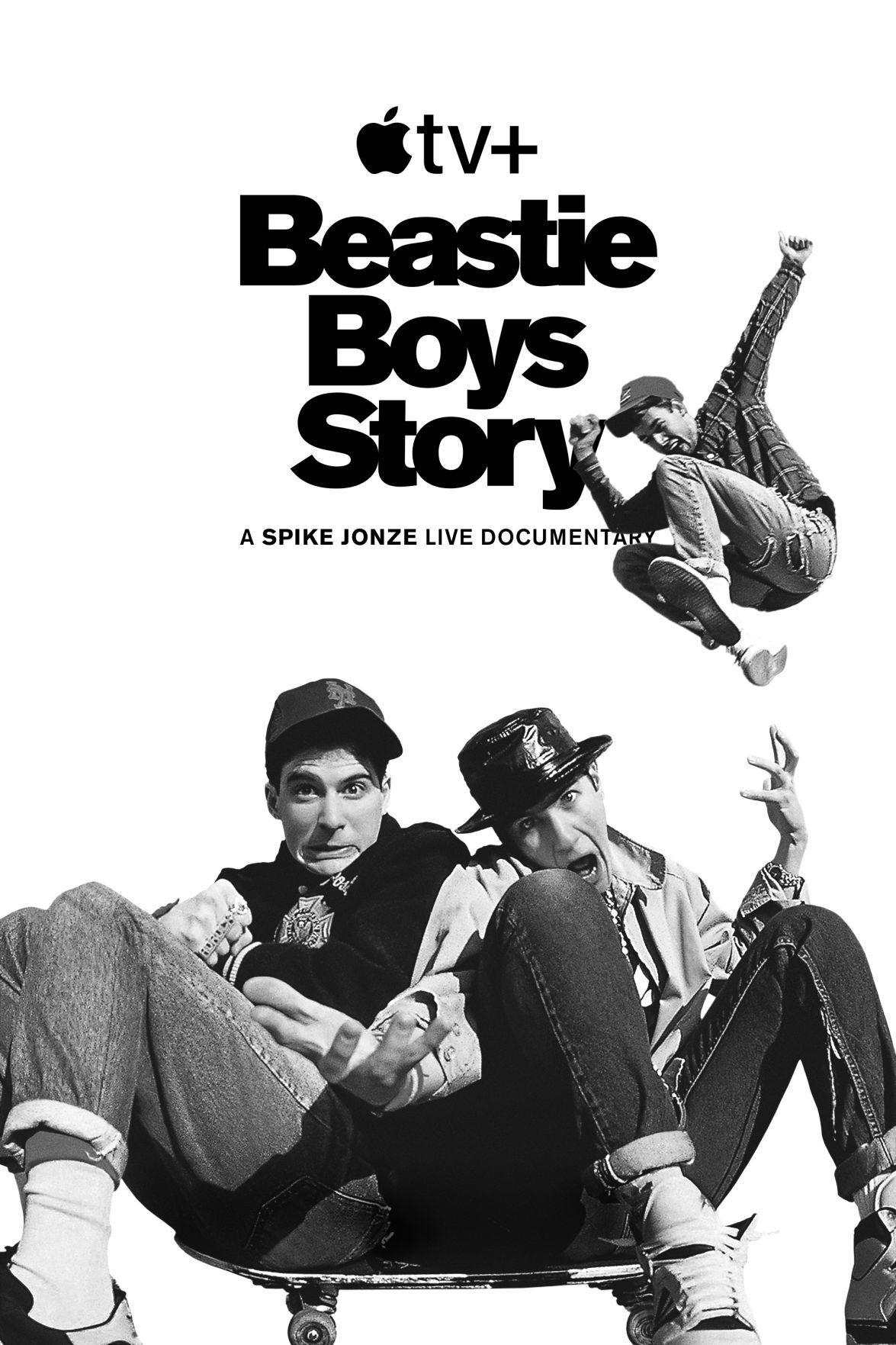 This image released by Apple TV Plus shows cover art for the documentary "Beastie Boys Story," about the iconic New York City group debuting Thursday on Apple TV Plus. (Apple TV Plus via AP) 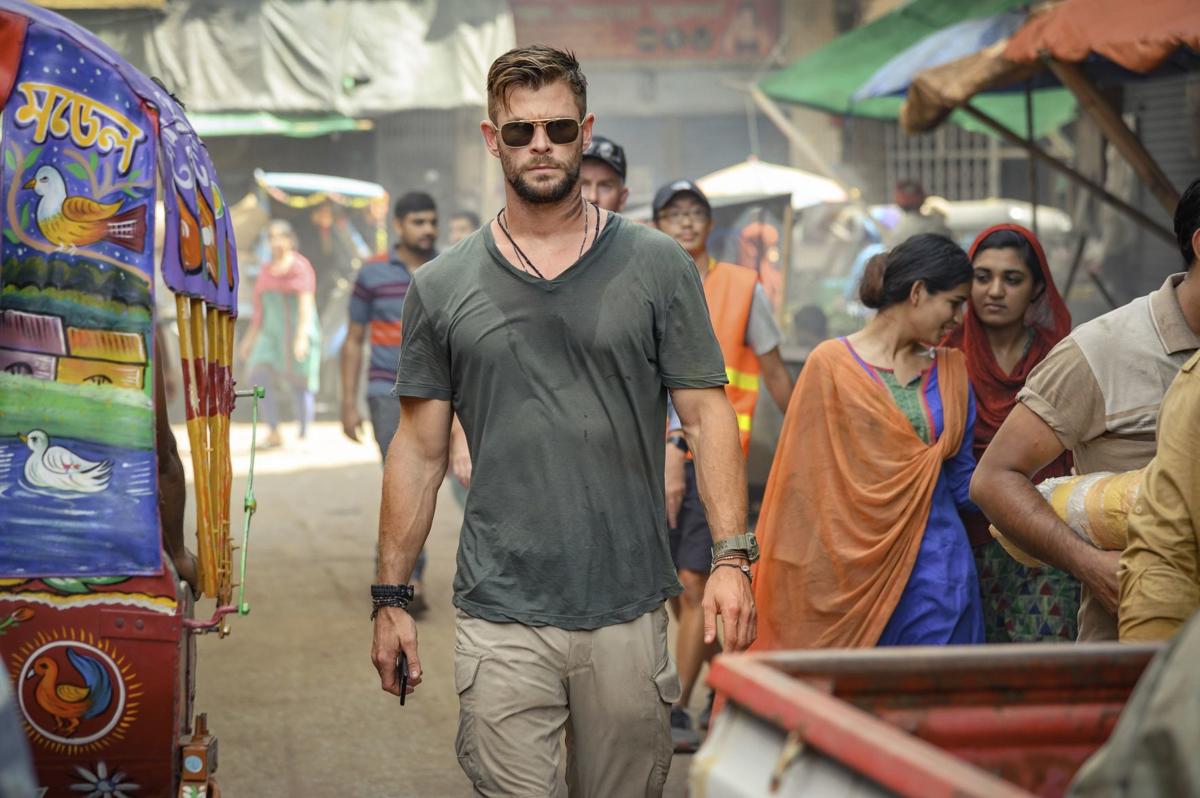 This image released by Netflix shows Chris Hemsworth in a scene from "Extraction," premiering this week on Netflix. (Jasin Boland/Netflix via AP) 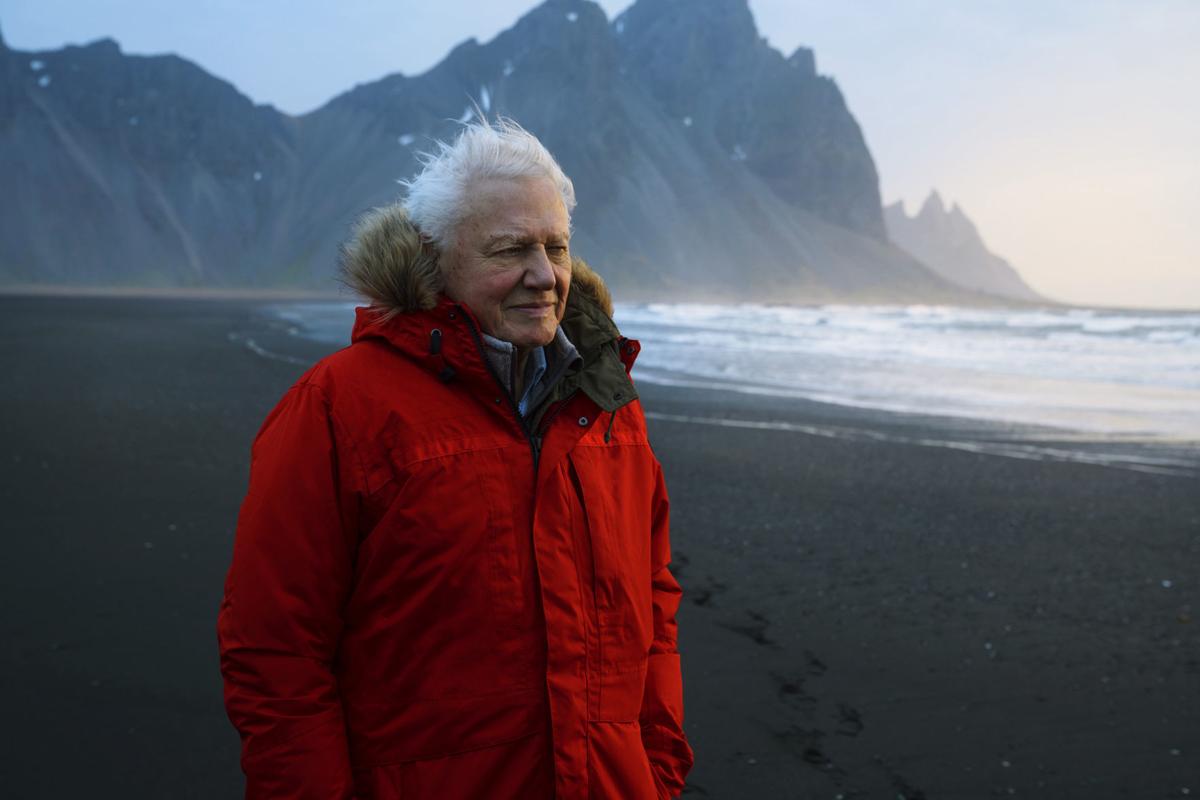 This image released by BBC America shows David Attenborough, who narrates the seven-part documentary series “Seven Worlds, One Planet” in Iceland. The series has been condensed into a 90-minute best of collection airing on BBC America on Tuesday. (Alex Board/BBCAmerica via AP) 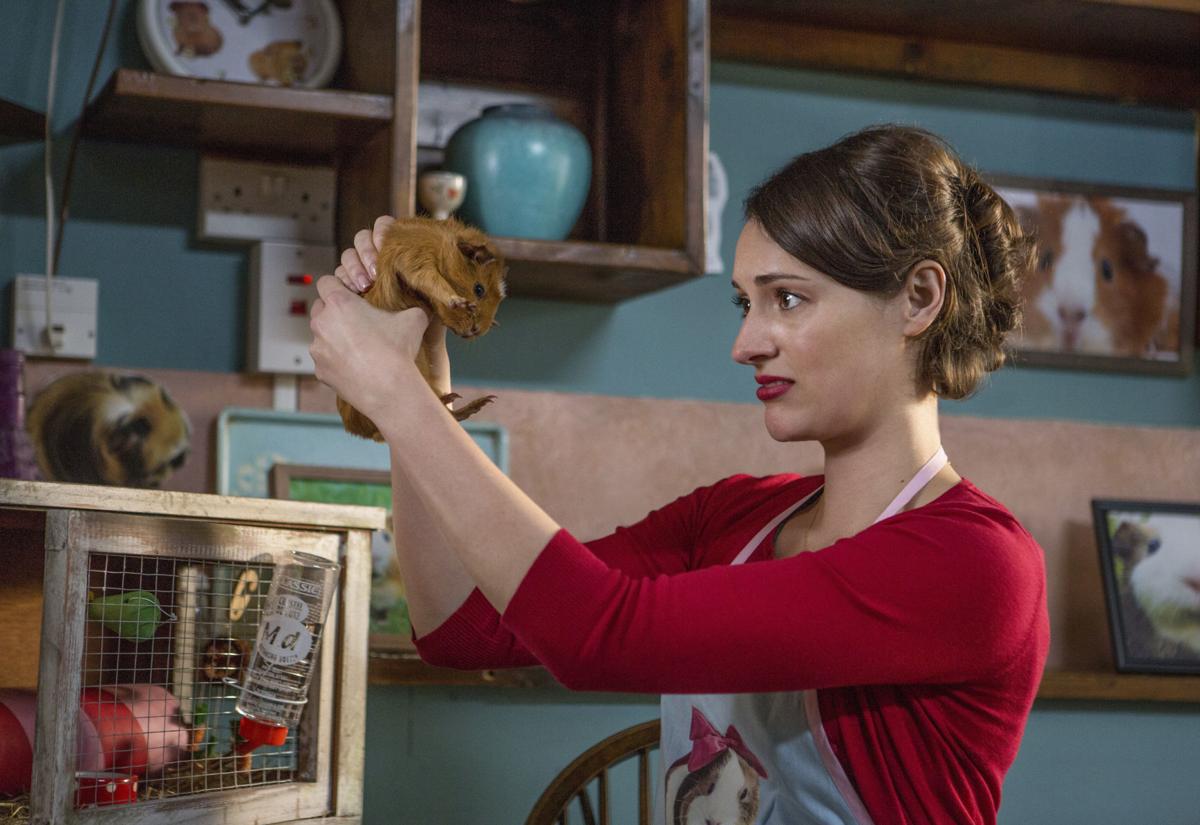 This image released by Amazon shows Phoebe Waller-Bridge in a scene from, "Fleabag." Amazon is streaming “Fleabag,” the one-woman stage show that launched the lauded television series, with all proceeds going to communities affected by COVID-19. The live 80-minute event is different from the TV series, but fans can see the germ of ideas that would enliven the Emmy-winning show. (Luke Varley/Amazon via AP) 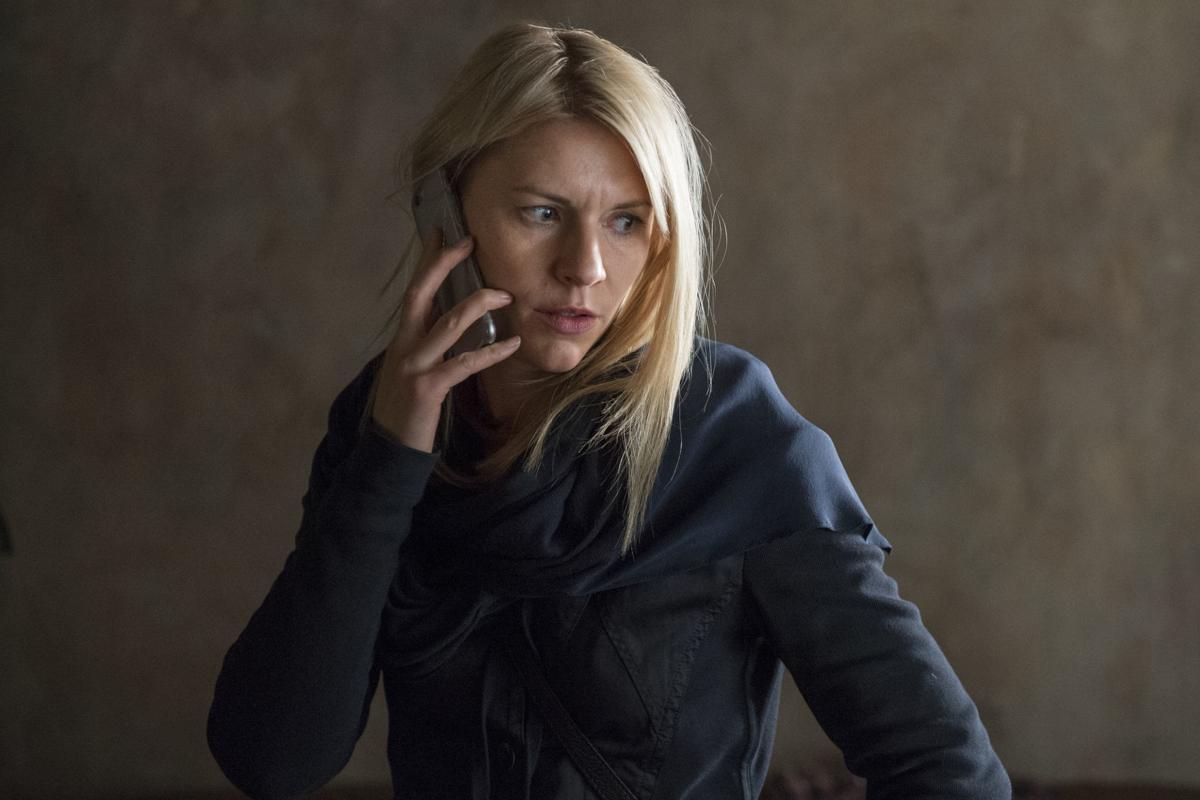 In this image released by Showtime, Claire Danes appears in a scene from "Homeland." The series finale for the spy thriller series airs Sunday on Showtime. (Stephan Rabold/Showtime via AP) 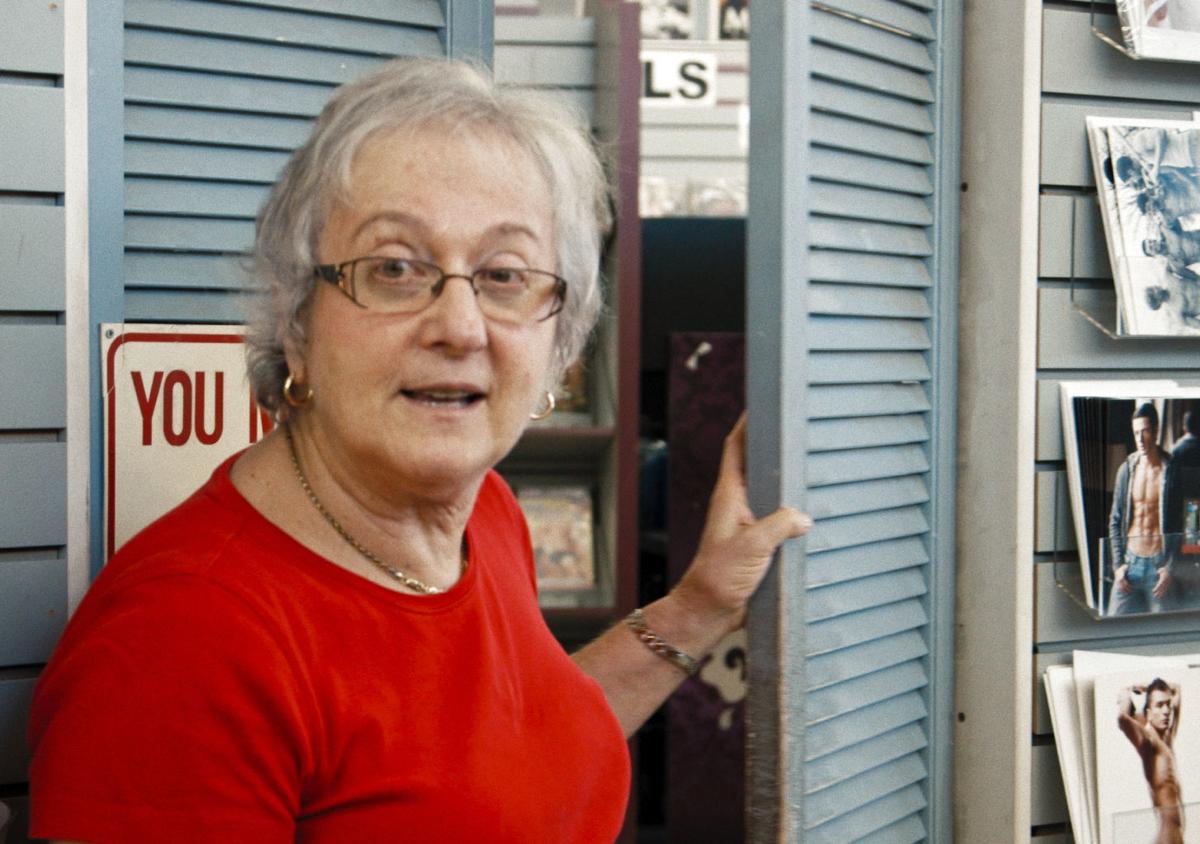