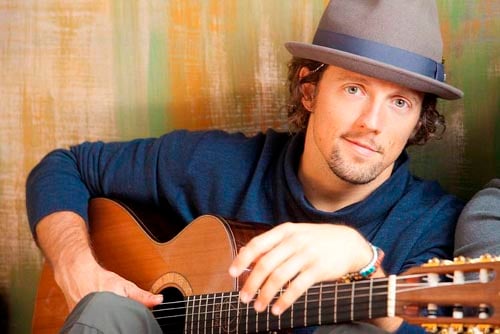 Jason Mraz will perform Wednesday at the Performing Arts Center at Cal Poly. 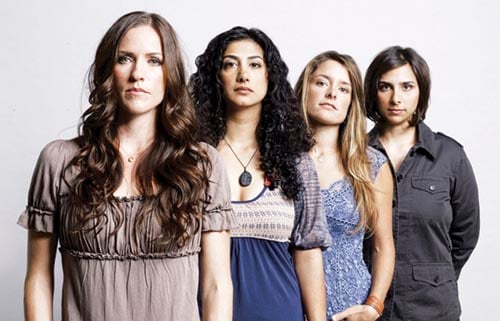 Raining Jane will perform Wednesday at the Performing Arts Center at Cal Poly.

Jason Mraz will perform Wednesday at the Performing Arts Center at Cal Poly.

Raining Jane will perform Wednesday at the Performing Arts Center at Cal Poly.

Tickets are now on sale for an acoustic performance by Grammy-winning recording artist Jason Mraz at 7:30 p.m. Wednesday in the Performing Arts Center at Cal Poly.

A rare opportunity to see and hear the singer and songwriter in an intimate setting, the concert will include the Los Angeles-based four-woman band Raining Jane.

Considered one of the hardest-working live artists performing today, Mraz’s career has taken him from the San Diego coffeehouse scene in 2000 to arenas, amphitheaters and stadiums all over the world today.

A two-time Grammy Award winner and six-time nominee, Mraz’s 2002 debut album, “Waiting for My Rocket to Come,” included the hit single “The Remedy (I Won’t Worry).”

That album included the single “I’m Yours,” which peaked at No. 6 on the Billboard Hot 100 chart where it remained for 76 weeks, beating the old record of 69 weeks set by LeAnn Rimes’ “How Do I Live.”

The song, which also topped charts in New Zealand and Norway, earned a 5X certification for sales of more than 5 million.

A dedicated surfer, farmer and gardener, filmmaker and photographer, Mraz is also a committed global citizen.

His social activism and philanthropic efforts range from environmental advocacy to support for lesbian, gay, bisexual and transsexual equality.

After Raining Jane’s first performance at UCLA in 1999, the indie-rock-folk band launched a grueling tour schedule of as many as 120 shows a year for six years, sometimes in support of artist Sara Bareilles, sometimes headlining their own shows.

Writing their own music and performing on such diverse instruments as cello, cajon and sitar in addition to traditional drums and guitars, the group consisting of Mai Bloomfield, Chaska Potter, Becky Gebhardt and Mona Tavakoli has released four albums.

The group began songwriting with Mraz in 2007. Together, they wrote “A Beautiful Mess,” which appeared on Mraz’s “We Sing, We Dance, We Steal Things.”

They also co-wrote “Collapsible Plans,” which was featured in the documentary “The Big Fix” and earned a Hollywood Music and Media Award for Best Song in a Film.

Percussionist and backup singer Tavakoli joined boyfriend Mraz on his 2012 tour that took them as far as Myanmar and Antarctica.

In 2010, Raining Jane created the Rock and Roll Camp for Girls Los Angeles, which has provided music education and empowerment for more than 300 girls.

Tickets for the concert, presented by Cal Poly Arts and Otter Productions Inc., range from $75 to $95 and may be purchased at the Performing Arts Center Ticket Office from noon to 6 p.m. Tuesday through Saturday.