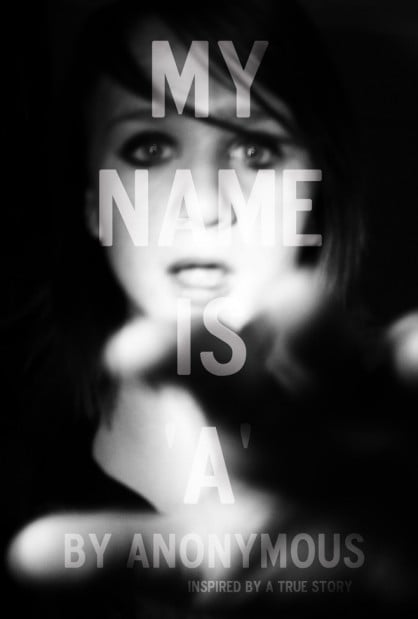 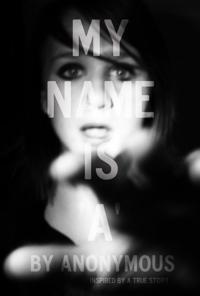 Three former Hancock students premiered their film “My Name is ‘A’ by Anonymous” this month at the Pollygrind Underground Film Festival in Las Vegas. Shown is a poster for the film. 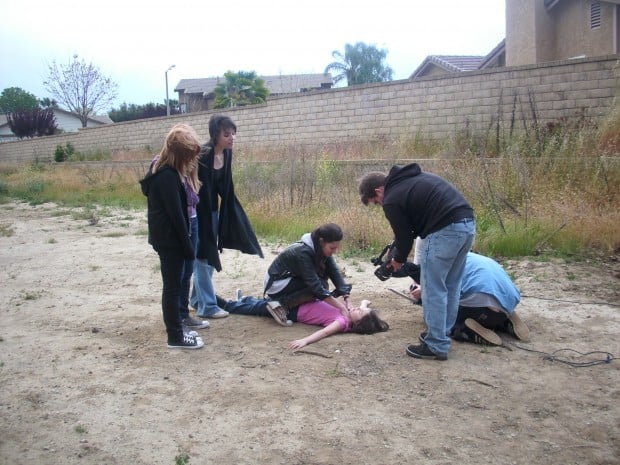 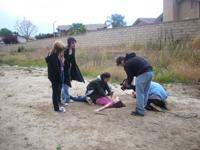 Actors and filmmakers work on “My Name is ‘A’ by Anonymous.” 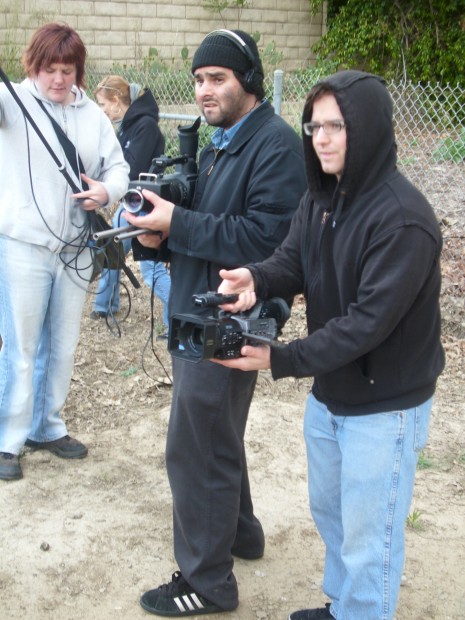 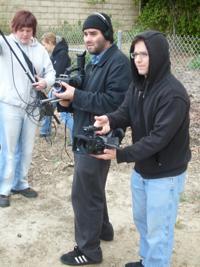 Three former Hancock students premiered their film “My Name is ‘A’ by Anonymous” this month at the Pollygrind Underground Film Festival in Las Vegas. Shown is a poster for the film.

Actors and filmmakers work on “My Name is ‘A’ by Anonymous.”

“My Name Is ‘A’ by Anonymous” is the unscripted creation of director and co-producer Shane Ryan of Lompoc, director of photography Arturo Guerrero of Santa Maria, and producer Alisha Rayne, formerly of Santa Maria and now living in Los Angeles.

“My Name is ‘A’” is not entertaining. It’s an after-school special on crack. It talks about lots of issues like bulimia, teen depression, self mutilation, bullying, rape and, of course, the murder in a way that I haven’t seen a movie told before,” Ryan said.

The true-crime film was inspired by the life of Alyssa Bustamante, a Missouri teen convicted of the 2009 murder of her 9-year-old neighbor, Elizabeth Olten. Court records called the grisly crime a “thrill kill.”

“The main thing was to tackle the idea that I saw everyone wanting to crucify this girl. No one wanted to know why she did it or if she even did it. It’s a horrible thing to understand, but if you can, maybe there’s a possibility to prevent it or tone it down,” Ryan said.

The trio met while studying film at Hancock College.

“(Hancock instructor) Casey Case inspired me to work the way I wanted to work, to push myself and to tell the stories I wanted to tell,” Ryan said.

Each of the former Hancock students has created a variety of videos, shorts and films independently.

Rayne, who thrives on the horror genre, has directed her own horror shorts, runs a blog and interviewed filmmakers on the red carpet for Ventura’s BleedFest: Women in Horror Film festival.

“The stuff I make is either horror or comedy, and not a whole lot of in between. Drawing extreme emotion out of the audience is more what I’m drawn to. Shane has the ability to do that,” Rayne said.

Guerrero, who was in corporate production for three years, now does freelance film and video production, in-the-field shooting, and post-production work. His first feature-length film was the 2008 “T.V.: The Movie,” a super-micro-budget comedy told in mockumentary style.

“My life goal is to be a feature-film cinematographer. This was a chance for me to challenge myself, to improve, to show people what I could do,” Guerrero said.

“My name is ‘A’” was their first combined effort.

“I saw Ryan’s previous film, ‘Warning!!! Pedophile Released,’ and I thought he had a lot of talent. I thought it was really cool. So I offered to help whenever he made his next film,” Rayne said.

Working with no budget, Ryan secured the assistance of Rayne, who had ties with actors and crew members in Southern California. Actors Teona Dolnikova, Demi Baumann and Domiziano Arcangeli shot the film over the course of three days in Valencia.

“If I had a budget, maybe I’d do more mainstream stuff, but I’ve always been interested in different kinds of stories,” Ryan said. “Mainstream stories entertain me, but I don’t remember them. I’d rather do films that people either love or hate, stories that stay with you.”

“I worked with my emotion. It’s like a painting. I get an idea; I just throw it up there, so it changes like crazy over the time of the production,” Ryan said.

It took another year to complete editing before the film was ready for release, then Iowa-based Modern American Cinema picked up the film for U.S. theatrical rights, Ryan said.

Reviewers have both praised and panned the film.

Film Threat called it “a rough film to sit through” but praised it as “a cinematic experience that is as arty as it is unsettling.”

The Jaded Reviewer reflected the harsher reviews across the board: “Told in a shaky cam 3rd person blended with Flip/phone cams, it’s got a docu-teen feel to it. Everything is overlayed with a music video quality and the dialogue is pure vulgar spewage. But whatever Ryan was trying to do here is lost on me.”

Ryan said reviews don’t affect him, though they reflect the bullying he said he’s experienced throughout this life.

“I try to read the good reviews, let those sink in, then I read the bad ones. One of the reasons I started making films is, I was picked on so severely at my school. I wanted to kill myself or shoot everyone at school. The films ended up being the worst of everything about being picked on. I laugh at them now. They either don’t get it or say I’m totally right,” Ryan said.

He added that he felt his life reflected the core of his all-time favorite film, “Rocky.”

“I feel like no matter what I’ve done in life, I’m never the strongest guy, I’m not the best of anything, but I could take more punches than anyone and come out OK. That’s how I am with movies, with everything. That’s how I can keep doing it,” Ryan said.

To see the trailer, visit http://youtu.be/zc4fGannGAU.

Freelance writer Jennifer Best can be reached at JBest@BestFamilyAdventures.com.

“(Hancock instructor) Casey Case inspired me to work the way I wanted to work, to push myself and to tell the stories I wanted to tell.”