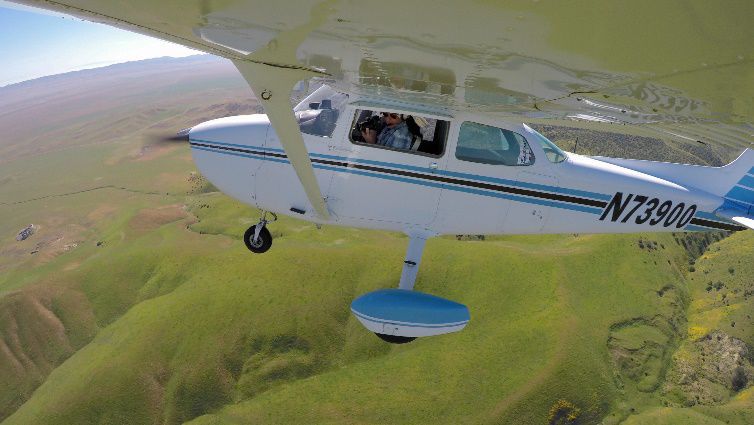 Artist Bill Dewey flies over the Carrizo Plain while photographing the landscape. 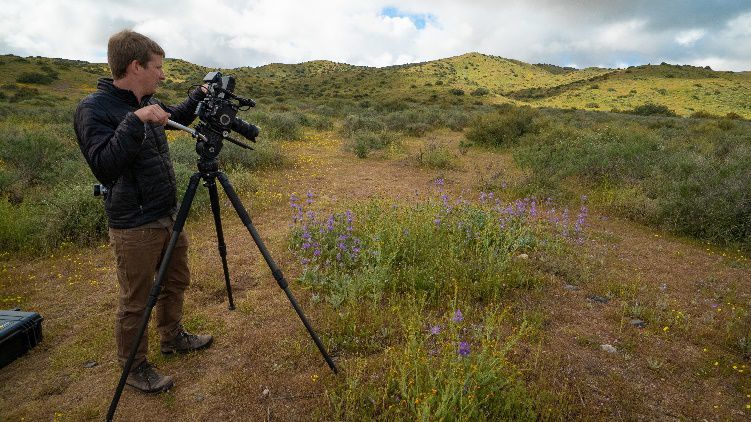 The Santa Barbara International Film Festival (SBIFF) recently announced the selection of the Wildling Museum of Art and Nature’s most recent film Carrizo Plain – A Sense of Place.

Produced as a companion piece to the Museum’s juried exhibition "Celebrating the National Lands of California", which is on display in the Museum’s main gallery through Jan. 19, the film was chosen to be screened at the 2020 film festival on Saturday, Jan. 25, at 8 p.m. at the Arlington Theatre, located at 1317 State St., Santa Barbara.

The 32-minute documentary profiles San Luis Obispo County’s Carrizo Plain National Monument – home to the highest concentration of endangered species in the state, and was produced by the Wildling Museum with the support of the Wood-Claeyssens Foundation, and directed by Jeff McLoughlin of Goodeye Films.

“The Santa Barbara International Film Festival sets a high bar for inclusion, and I’m very honored to have Carrizo Plain – A Sense of Place make the cut for the 2020 SBIFF,” said McLoughlin, a Santa Barbara-based documentary filmmaker whose nature-based projects have been chosen at other natural history, wildlife, and conservation film festivals, and have screened in museums and educational institutions nationwide.

Carrizo Plain – A Sense of Place film festival passes can be purchased online at www.sbiff.org.

Additional information on filmmaker Jeff McLoughlin can be found on his production company website www.goodeyefilms.com.

For more information, and to volunteer and/or join as a member to support this important local arts and nature institution, please visit www.wildlingmuseum.org.

In the short documentary, McLoughlin explores the unique qualities of the Central Coast Carrizo Monument through the eyes of three artists: Chris Chapman, Bill Dewey, and John Iwerks – all members of Santa Barbara’s Oak Group, a collective of artists dedicated to the preservation of natural places.

All have significant bodies of work drawn from their personal experiences at the Carrizo Plain, produced over three decades.

“The work of these artists, as profiled in the film, along with the cinematic experience the film provides is incredibly engaging,” said Wildling Museum Executive Director Stacy Otte-Demangate. “Using art to foster appreciation for natural landscapes like the Carrizo Plain is at the core of the Wildling Museum’s mission.”

Dramatic photographed visuals are the work of wildlife cinematographer Elliot Lowndes, whose work has appeared in natural history productions worldwide, including projects for BBC and National Geographic.

“It’s very exciting to have a film produced by the Museum featured at the Santa Barbara International Film Festival and to share the story of Carrizo Plain National Monument with a wider audience,” said Otte-Demangate.

A trailer and additional information on the film can be viewed on the film’s website at www.carrizoplainfilm.com and the Wildling Museum website, www.wildlingmuseum.org/films.

Santa Ynez Valley Natural History Society will host a free lecture "LIVE BIRTH - A Year in the Life of an Elephant Seal" presented by B. Misty Wycoff, a five-year docent with the nonprofit organization Friends of the Elephant Seal.

Artist Bill Dewey flies over the Carrizo Plain while photographing the landscape.