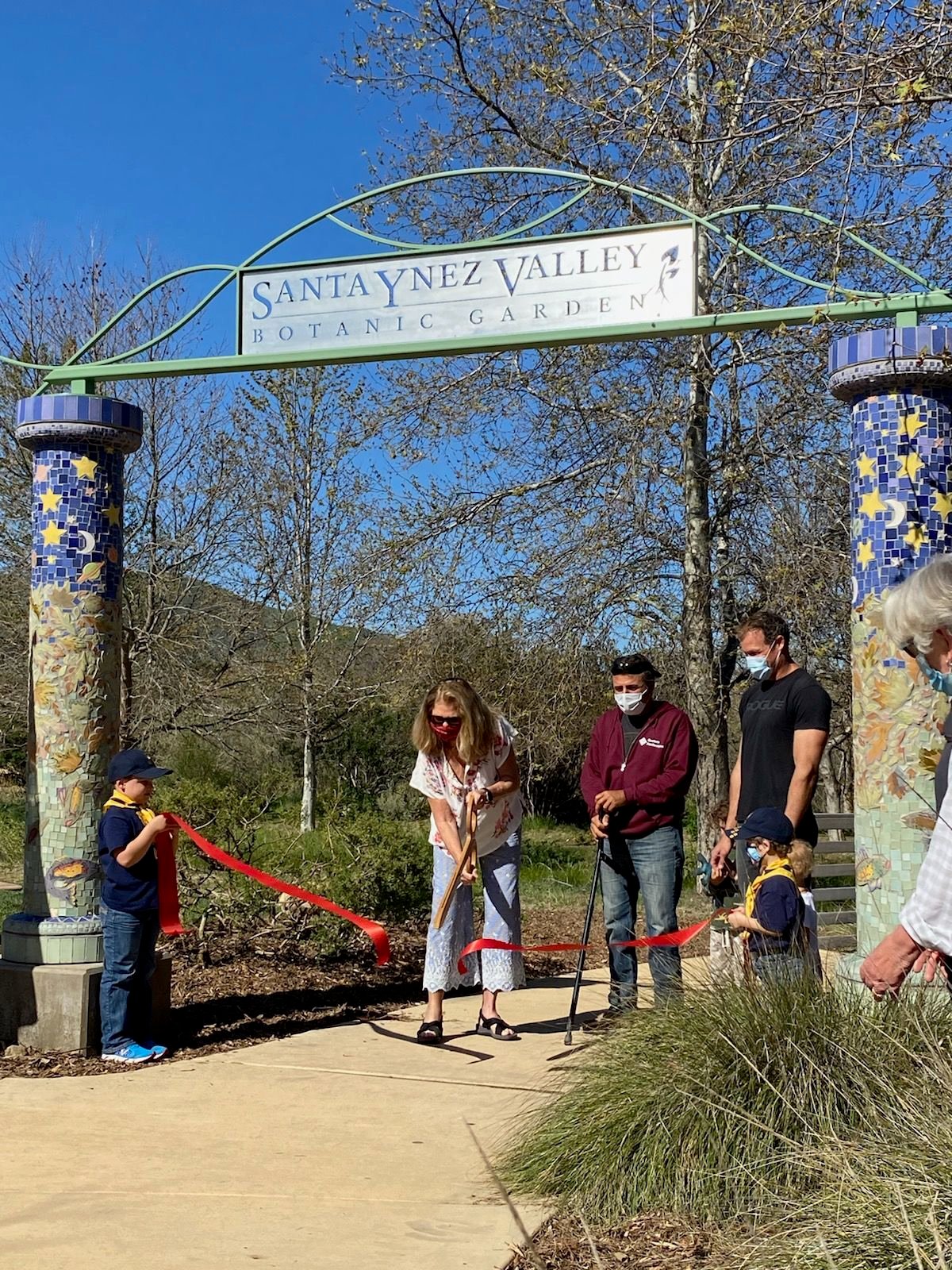 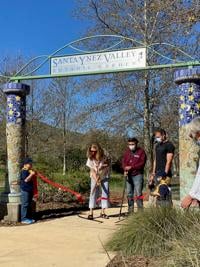 Artists and craftsmen who created the mosaic pillars and steel archway at the entrance of the Santa Ynez Valley Botanic Garden at River View Park in Buellton cut the ceremonial red ribbon on March 27. 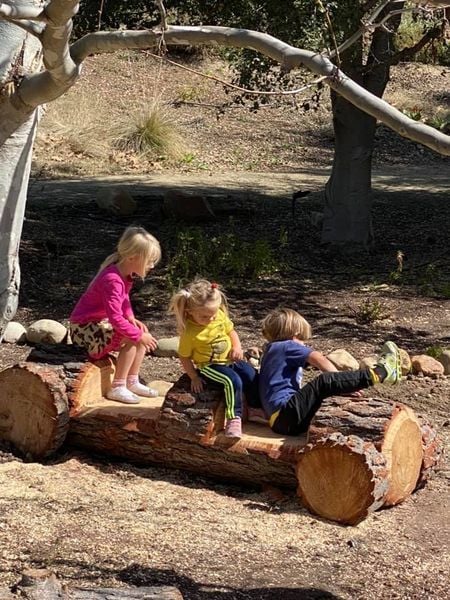 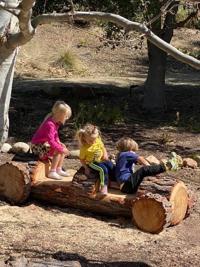 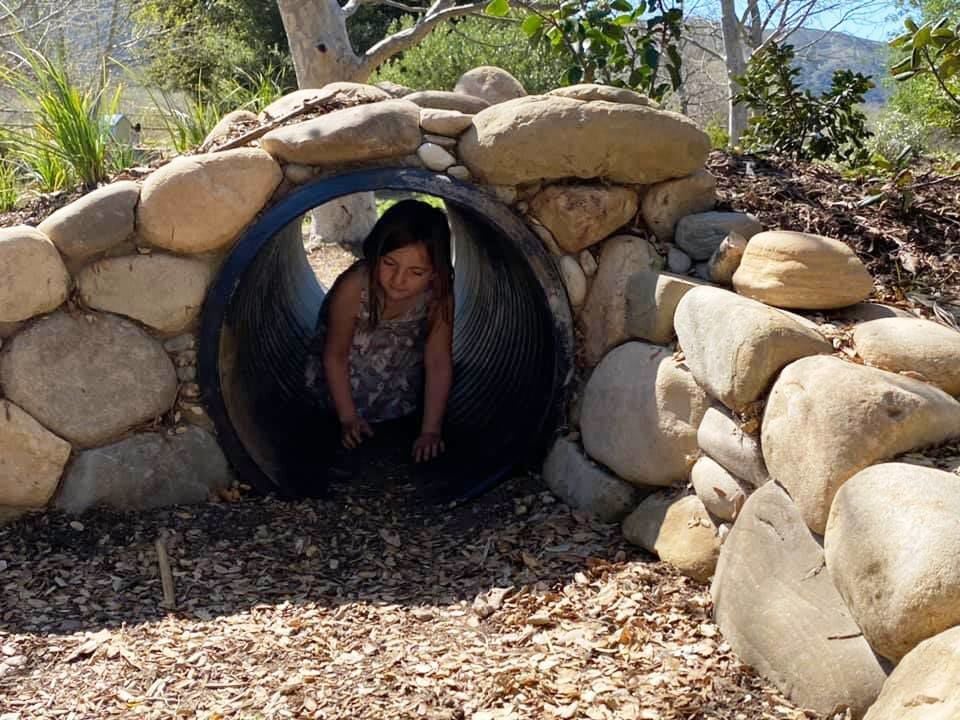 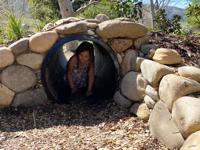 A child crawls through a tunnel recently installed at the Santa Ynez Valley Botanic Garden. 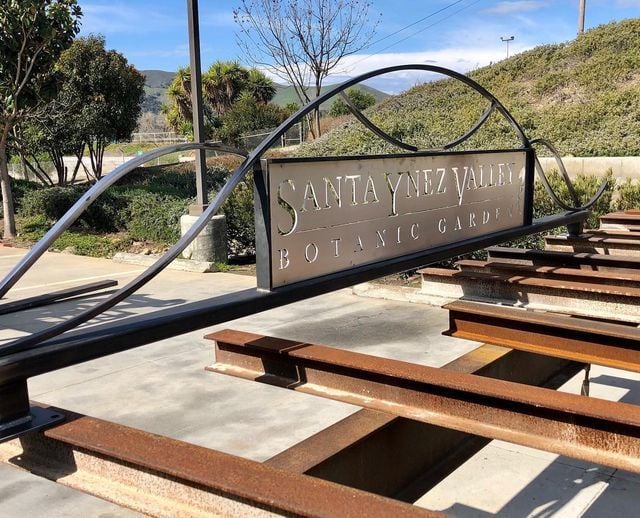 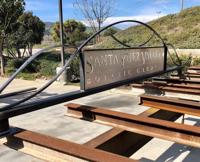 Steel signage created by Pat Carson Studios, set atop two mosaic pillars, is now featured at the entrance of the botanic garden located in Buellton. 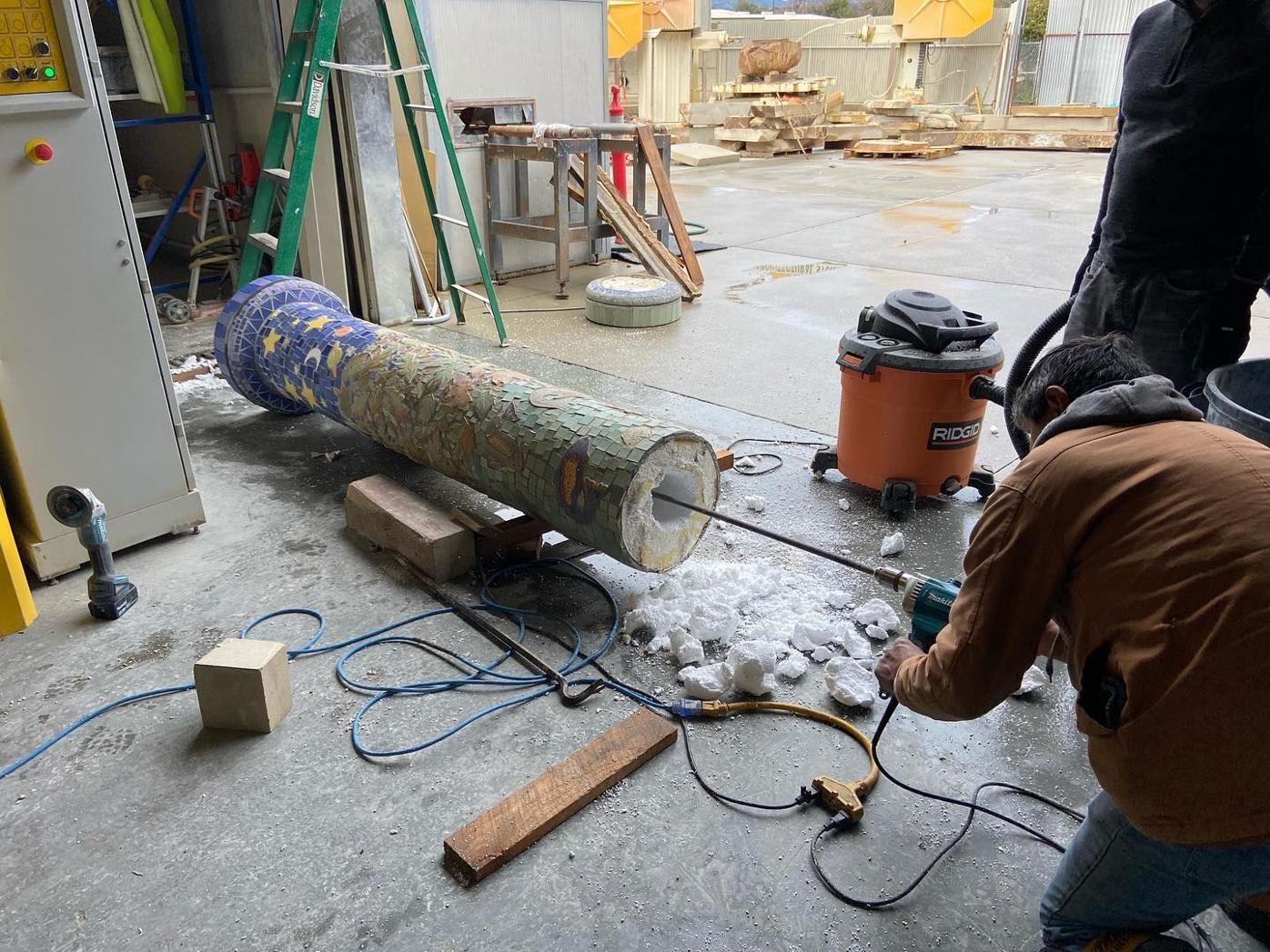 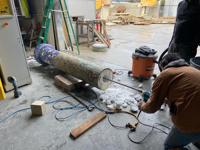 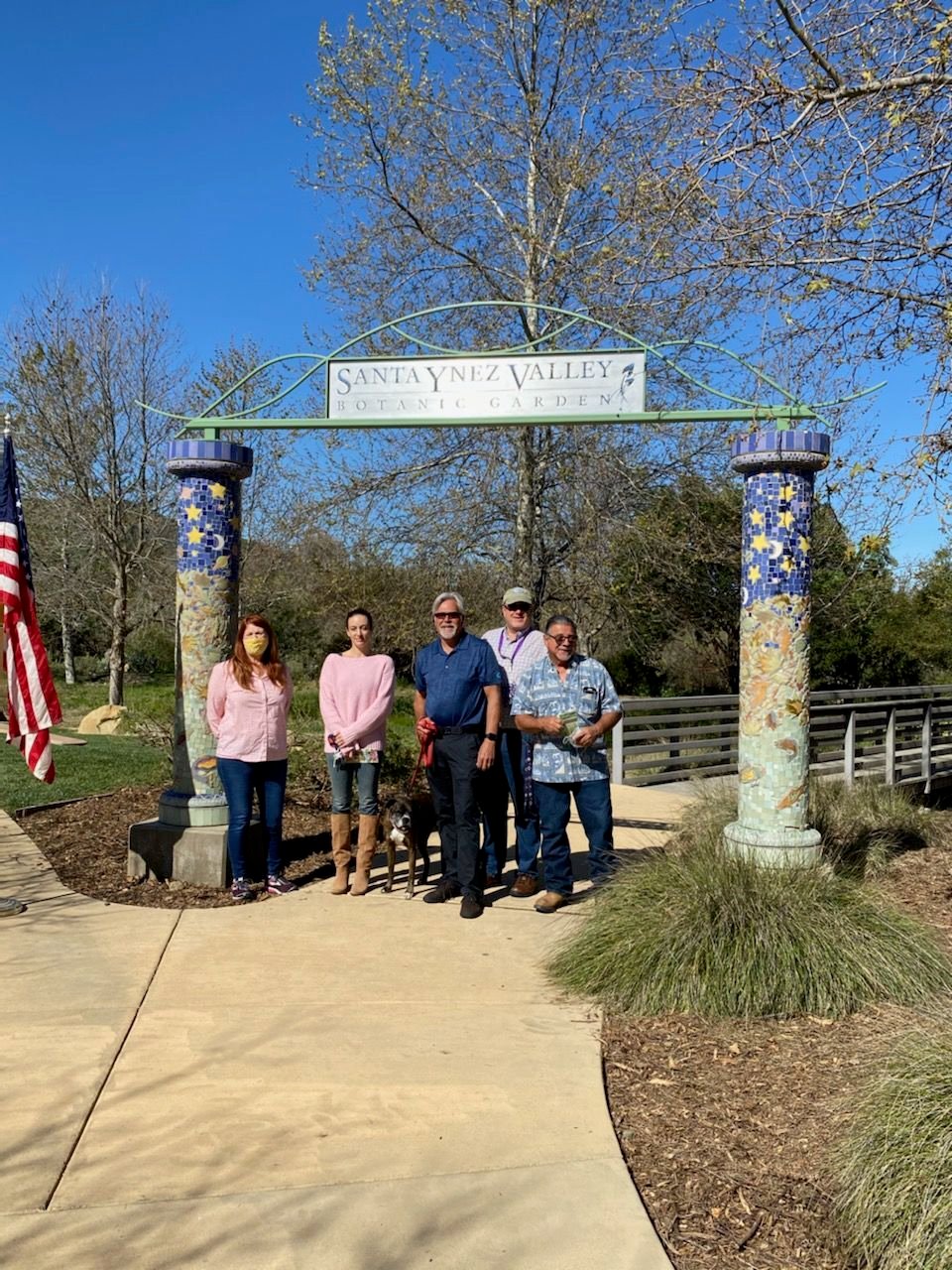 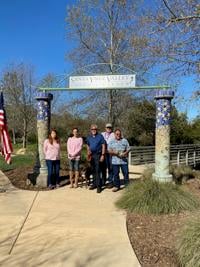 The Santa Ynez Valley Botanic Garden at River View Park in Buellton was celebrated March 27 during a ribbon-cutting to recognize newly added features and fresh plantings that welcome daily visitors of all ages.

The new pillars and signage are located at the entrance to a community garden that features California native plants, which are thoughtfully labeled for easy identification.

Among those who attended were Santa Ynez Valley Botanic Garden board members and landscape designers Eva Powers, president, and Puck Erickson Lohnas, vice president, who spearheaded the garden project; and artists, including Michelle Griffoul and craftsmen with Pat Carson Studios who cut the ceremonial red ribbon.

Mayor Holly Sierra, Vice Mayor John Sanchez, and council members Ed Andrisek, David King and Elysia Lewis turned out to applaud the beautification project alongside members of the community, local Cub Scouts and others who assisted with the monthslong project.

Buellton Chamber of Commerce Executive Director Kathy Vreeland, who also volunteered her time, said the Santa Ynez Valley Botanic Garden continues to find ways to expand its offerings as part of an ongoing effort to educate and engage visitors.

"This was part of a bigger picture," she said. "There were a lot of moving parts and many volunteers."

Vreeland, also a Buellton Rotarian, said that she and a number of fellow Rotarians and other volunteers helped with parts of the children's play areas over a series of weekends.

The Solvang Festival Theater rebuilding project remains in lockstep with a projected September construction date after the city's design review committee unanimously approved the development plan on March 11, following an approval by the city Planning Commission in February.

Since a child's natural inclination is to climb, romp and play — not stay on one path, Vreeland said, features such as wooden balance beams, stairs, a tunnel and a stationary car made out of a log that seats two children were installed to honor that.

"It's kind of like a Flintstones' car," she said, referring to the playful car feature. "There are a lot of interactive elements in there so children can continue to explore nature while having fun."

As a follow-up to the first community workshop held virtually on Feb. 6, the second workshop will be held in-person at the Veterans Memorial Hall, adhering to Santa Barbara County Public Health guidelines, a city spokeswoman said. The meeting also will be simulcast via Zoom.