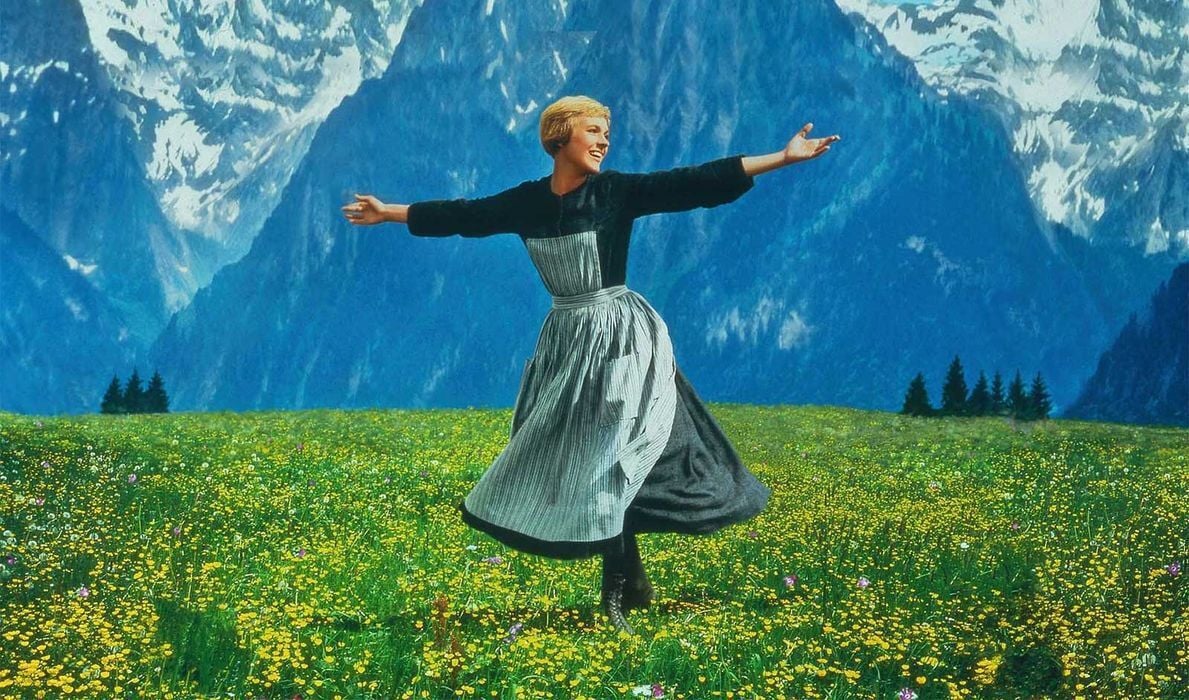 Rodgers and Hammerstein’s "The Sound of Music" will take the Marian Theatre stage from June 30 through July 31 as part of PCPA's 58th season.

Rodgers and Hammerstein’s "The Sound of Music" will take the Marian Theatre stage from June 30 through July 31 as part of PCPA's 58th season.

First to light up the stage will be new InterPlay readings — "Quack" and "The Humans" — presented at the Severson Theatre from Sept. 23 to 25.

"The Humans," winner of the 2016 Tony Award for Best Play, and directed by Mark Booher, is a story of a character who breaks with tradition.

Erik Blake brings his Pennsylvania family to celebrate Thanksgiving at his daughter’s apartment in lower Manhattan. As darkness falls outside the ramshackle prewar duplex, eerie things start to go bump in the night and the heart and horrors of the Blake clan are exposed.

A second play, "Quack," tells the story of Dr. Irving Baer. Millions of women across America rely on him and his daytime talk show to help them lose weight, manifest their destinies and take their health into their own hands. That is until a take-down piece of journalism goes viral, leaving his career hanging in the balance, his marriage on the rocks and his carefully maintained public persona in peril.

The story takes place in a seedy bar in Philadelphia in 1959, and the audience is witness to one of Billie Holiday’s final performances.

In the frenzy of crisis management that follows, one thing becomes clear: If Baer is going to fall from grace, he’s bringing everyone else with him.

Written by Eliza Clark and directed by Don Stewart, the new comedy exposes the shaky foundations of the wellness industry, a theater spokeswoman said, as well as the fleeting nature of 21st century fame, and the relationship between the powerful men who dole out advice and the women who are supposed to receive it with a smile.

Next up will be the holiday production of "The Secret Garden, Spring Version," which will run from Nov. 11 through Dec. 23, at the Marian Theatre. The play is a musical adaptation of Frances Hodgson Burnett’s novel and marks its 30th anniversary of its Broadway debut, the theater announced.

Directed by the PCPA's Roger DeLaurier, "The Secret Garden" is a musical that tells the story of young Mary Lennox, who is sent from British colonial India to a home she has never known in Yorkshire, England. There, she finds a mysterious house and a family shrouded in secrets. As curiosity overcomes sadness, Lennox finds the key to unlock healing and hope through the magic and restorative power of nature and friendship.

The Marian Theatre then will host one of Shakespeare’s most musical of masterpieces, the comedic love story "As You Like It." The show will run from Feb. 17 through March 6.

Directed by Emily Trask, the play tells the story of Rosalind and her cousin Celia, who take fate into their own hands when the dangers of an oppressive court and a controlling queen become too much to bear. In disguise, they escape to the Forest of Arden, where they unexpectedly encounter a band of likewise banished forest dwellers, including Orlando, Rosalind’s newly discovered heart match.

Then, taking to the Severson Theatre will be Octavio Solis’ visionary play, "Mother Road," running from March 10 to 27.

PCPA cast members took the Solvang Festival Theater stage for the opening night of "Together: A Musical Journey" on July 21, after more than a…

The play, directed by Robert Ramirez, is a tale inspired by John Steinbeck’s "The Grapes of Wrath." The story picks up 90 years after Steinbeck’s masterpiece in a modernized sequel that takes audiences on a journey of "highway and heart that could easily begin here in the Santa Maria Valley," according to the theater's review.

The hard-worn and ailing William Joad — last remaining cousin to Tom Joad of Steinbeck’s story — seeks and finds young Mexican-American migrant farmworker Martin Jodes. They are bound together by a surprising and serendipitous blood knot that holds the keys to their fates and brands them travel partners in an epic journey down the Mother Road — Route 66 — as they both find a way home.

Next in the seasonal series is springtime performance "Into the Woods," directed by DeLaurier. The production will run from April 28 through May 15 at the Marian Theatre, prior to its run at the Solvang Festival Theater from Aug. 11 through Sept. 4.

Referred to as "a magical musical that brings everyone’s favorite storybook characters together for a fractured fairytale like you’ve never seen," the baker and his wife learn that a witch’s curse has left them childless.

As a result, the two set off on a journey into the woods to break the spell, where paths cross and stories interweave including Cinderella, who wishes to attend the King’s Festival; Jack, whose wish is for his cow to give milk; and the Big Bad Wolf.

The script and score is created by James Lapine and Stephen Sondheim.

InterPlay tickets are $10 each and are currently on sale for September's showings.

Performances are subject to change.

The latest COVID safety guidelines will be posted on the website closer to all performance dates.

Kicking off the summer will be a grouping of live play readings of "Agitators," presented at the Severson Theatre from June 23 through July 10. The reading was also presented last fall during the PCPA's virtual Zoom series amid the COVID lockdown.

The play reading stars young abolitionists Frederick Douglass and Susan B. Anthony, who are full of hopes, dreams and seemingly common purpose when they meet in Rochester in the 1840s. However, as they grow to become great agents of change, their movements collide, and their alliance and friendship is severely tested.

"The Agitators," directed by Booher, is the story of the turbulent and enduring 45-year friendship between two of America’s greatest agitators in Rochester, through a civil war and to the highest halls of government.

The historical play written by Mat Smart is one of rebellion and revolution, personal passion and sacrifice, the spokeswoman said.

Rodgers and Hammerstein’s "The Sound of Music" will then take the Marian Theatre stage from June 30 through July 31. The play is directed by resident artist Kitty Balay.

When Maria proves too high-spirited for the religious life, she is dispatched to serve as governess for the seven children of a widowed naval captain. Her hard-won rapport with the youngsters and her generosity of spirit gradually soften the sternness of the broken-hearted captain. With love in the air, but war on the horizon, the family find their Austrian homeland occupied by Nazi forces who demand submission and service.

The play is inspired by the true story of the Von Trapp family and their daring escape over the mountains to Switzerland.

Closing out the season will be comedy "Native Gardens," which plays from Aug. 25 through Sept. 3 at the Marian Theater. The production will then head to the Solvang Festival Theater from Sept. 9 through 17.

Directed by Catalina Maynard, the story highlights the clash of gardens and cultures that are responsible for turning friendly neighbors into feuding enemies. Pablo, a high-powered lawyer, and his pregnant wife, Tania, also a doctoral candidate, realize the American dream when they purchase a house next door to community stalwarts Virginia and Frank.

But a disagreement over a long-standing fence line soon spirals into an all-out war of class, privilege and entitlement.

'It felt like coming home': PCPA's Kitty Balay remarks on her return to the theater stage

"Seeing our first audience in more than a year and a half was an emotional experience for me," said resident artist Kitty Balay.

PCPA is a precious gift that needs to be supported, nurtured | Jim Bray

Commentary: PCPA is a precious gift that needs to be supported and nurtured, because the thought of losing such a tremendous local institution is untenable.