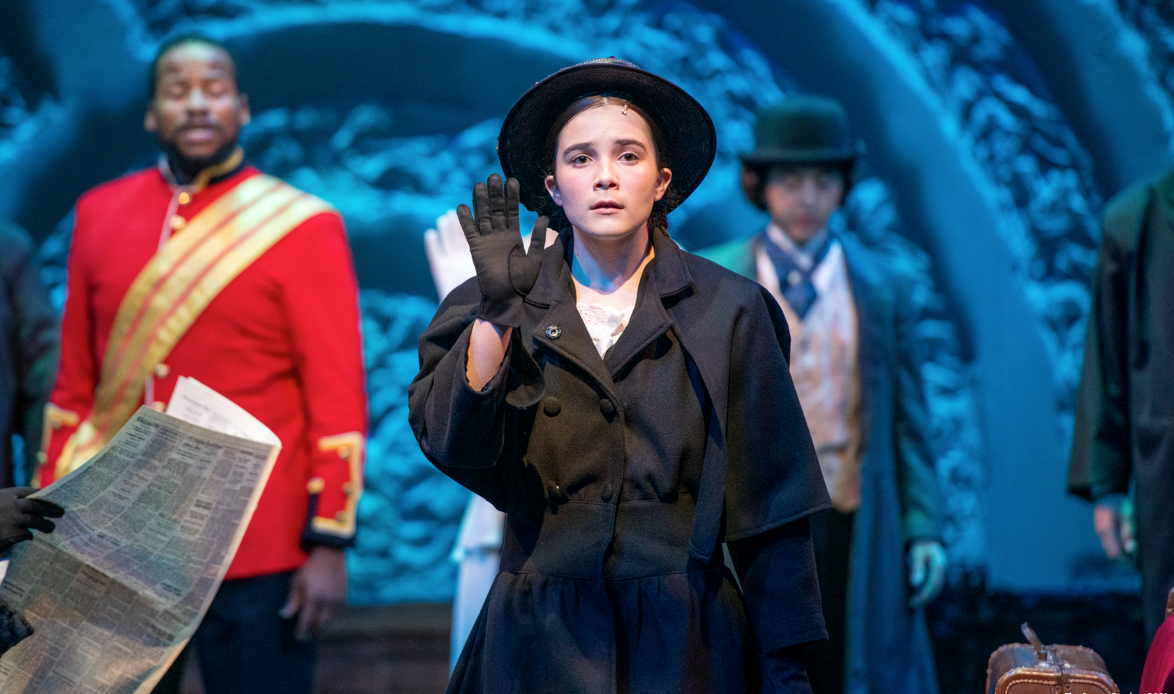 Yuseff Seevers as Albert Lennox and London Raftery as Mary Lennox star in PCPA's "The Secret Garden: Spring Version" that plays through Dec. 23. 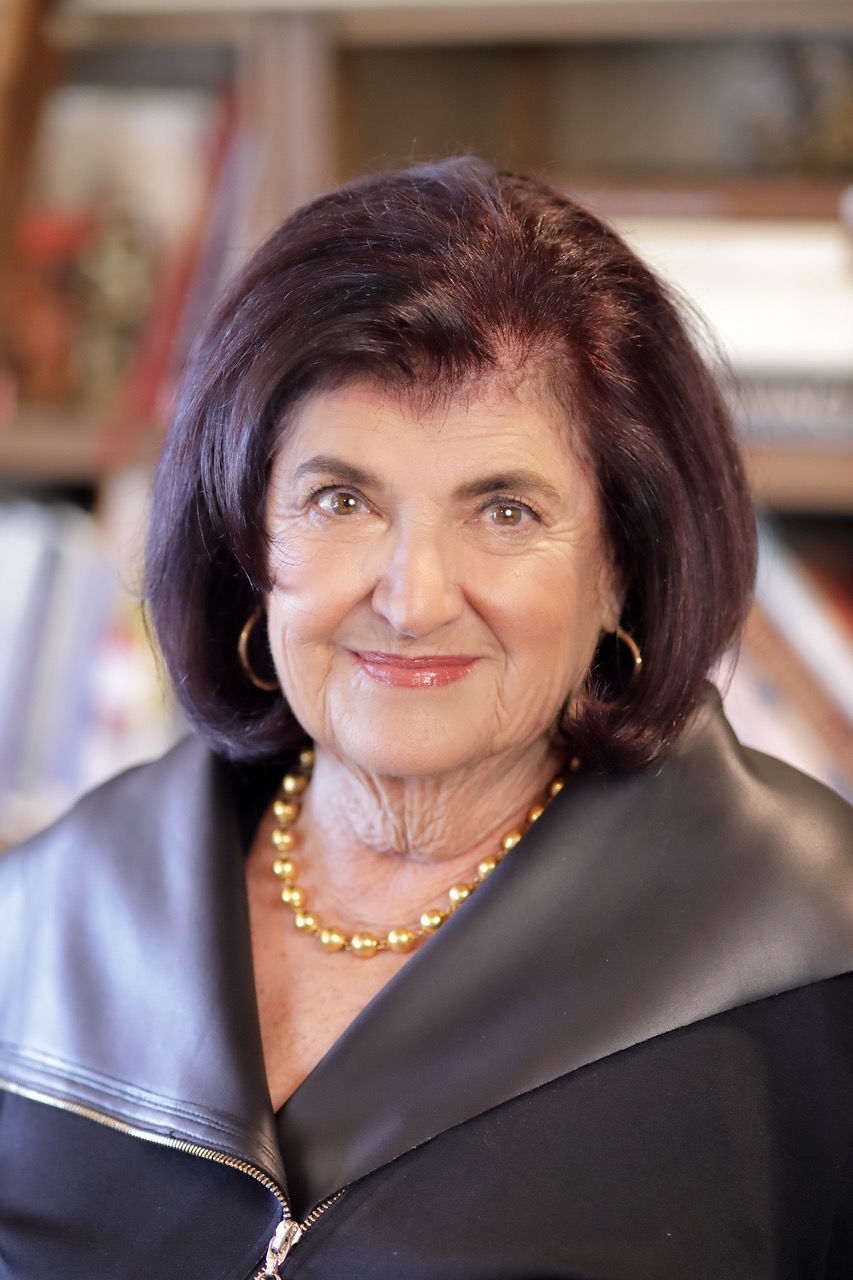 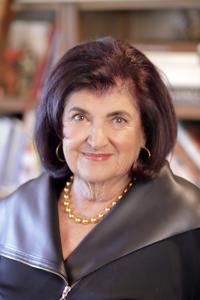 Yuseff Seevers as Albert Lennox and London Raftery as Mary Lennox star in PCPA's "The Secret Garden: Spring Version" that plays through Dec. 23.

Box office hours are from 4 to 6 p.m. Wednesday through Saturday.

Events are subject to reschedule or cancellation. No refunds are allowed, but tickets will be credited to a future performance.

Guests must provide proof of vaccination or negative COVID-19 PCR test within 72 hours to enter the theater as well as a government-issued ID such as a passport or driver's license.

After a year and a half of isolation, live theater is tentatively blooming again.

PCPA is currently staging "The Secret Garden: Spring Version," which will lift your spirits through its inspiring message and music, at Marian Theatre on the Santa Maria campus of Hancock College.

The play, based on the classic novel written over 100 years ago by Frances Hodgson Burnett, follows young orphan Mary Lennox, whose grief is gradually assuaged by curiosity about her new, mysterious home in Yorkshire, England.

Burnett referred to her novel, beloved by young readers throughout the world, as an “innocent thriller.” And, indeed, when one enters the theater, there are hints of foreboding.

The terrific set designer, Jason Bolen, gives the curtainless stage a sense of dark things to come, with the large aching portrait of a beautiful woman and a maze suggesting the lost souls we are to meet. The lighting and sound, by Jennifer ‘Z’ Zornow and Lindsay Putnam, respectively, contribute to the otherworldly feel of the production. Ghosts of those loved and lost float across the stage — an apt reminder of how those we’ve lost are still very much with us.

One can’t help but make comparisons to our current time — when so many have perished from COVID. Even if one is not directly touched by a death from the pandemic, our country will forever be affected by the hundreds of thousands of dead — each mourned, loved and remembered.

Young Mary, beautifully, sung and acted by London Raftery, has been struck by unimaginable tragedy at the tender age of 10. Both her parents, stationed in India during the British colonial rule, perished during a cholera epidemic. With no one to look after the child, she is shipped to England — to an uncle she does not know, Archibald Craven, a sorrowful hunchback played convincingly by Eduardo Enrikez.

Eduardo's house is filled with loss and grief, as well as mystery. Uncle Archibald cannot move on from the death of his beautiful young wife, Lily — a woman who saw beyond his physical infirmities and provided him with warmth and affection. The child painfully reminds both Eduardo and his malevolent brother, Neville, (played threateningly by PCPA favorite Erik Stein) of the deceased Lily. The men sing of the similarity of Mary’s hazel eyes to her aunt’s in the lovely song, "Lily’s Eyes." There are many secrets in this sad house — none so great as the source of the pitiful crying young Mary hears at night.

Besides the theme of loss, there are other reminders of our present time in this production, apparent even before we took our seats. At the check-in prior to the show, ticket-holders are asked to show proof of vaccination or a recent negative COVID-19 test. We are all getting used to this new normal, as well as wearing masks to cover both mouth and nose. My husband and I keep a photo of our vaccination card at the ready on our phones, and masks in our pockets. I heard no complaints at the vaccination check, everyone seemingly relieved to be out in public and connecting with our fellow humans.

Welcome back PCPA — together again!

The musical, "The Secret Garden," has at its core, the theme of renewal through connection with others as well as nature.

This theme of loneliness and separation from loved ones is convincingly portrayed by Dorian Green in the role of the young invalid Colin Craven. Unbearably alone in the large Craven mansion, Colin experiences renewal through meeting his cousin Mary, and the garden they bring to life. Perhaps nothing is as symbolic of new life as a lovingly tended garden blooming again after being abandoned.

PCPA’s iteration of "The Secret Garden" was adapted for the stage by Lucy Simon and Marsha Norman. The play is directed by Roger DeLaurier and stars London Raftery and Joss Robertson (sharing the role of Mary); and Dorian Green and Mo Lopez (sharing the role of Colin Craven). Additional cast members include Kitty Balay, Andrew Philpot (who stole the stage as the wise and sly gardener), Yusef Seevers, Emily Trask and other PCPA regulars.

Try to make your way to the cozy and well-designed Marian Theatre to view the production that runs until Dec. 23. Remember to carry your vaccination status and mask  — minor inconveniences as we reenter the uplifting world of live theater, its own kind of secret garden.

Elayne Klasson: Life on the road in an RV

Elayne Klasson can be reached at elayneklasson@gmail.com.