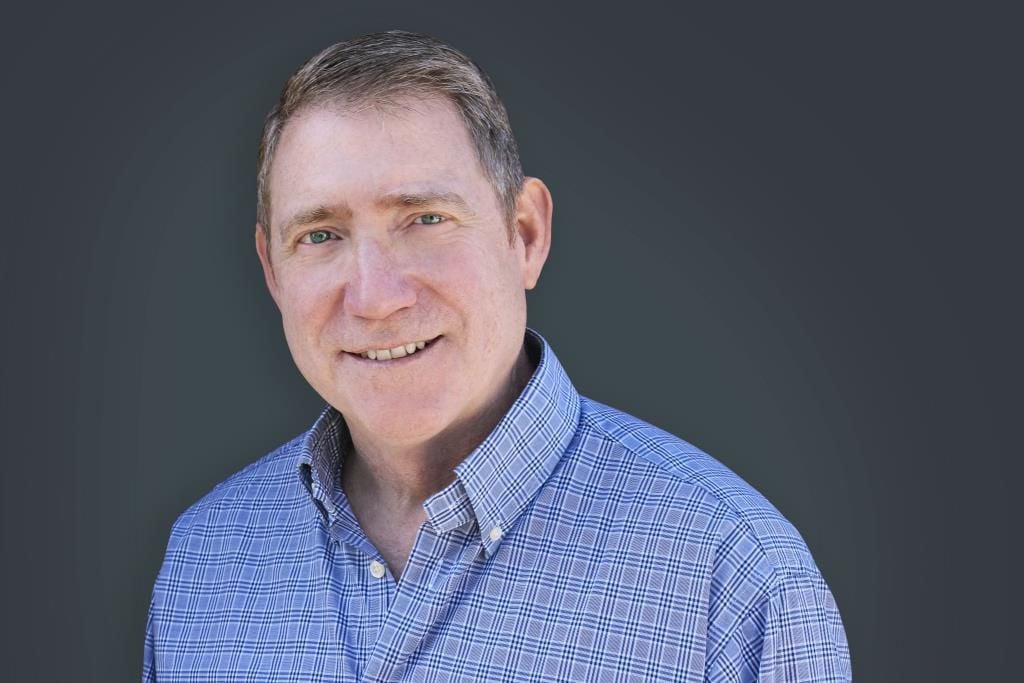 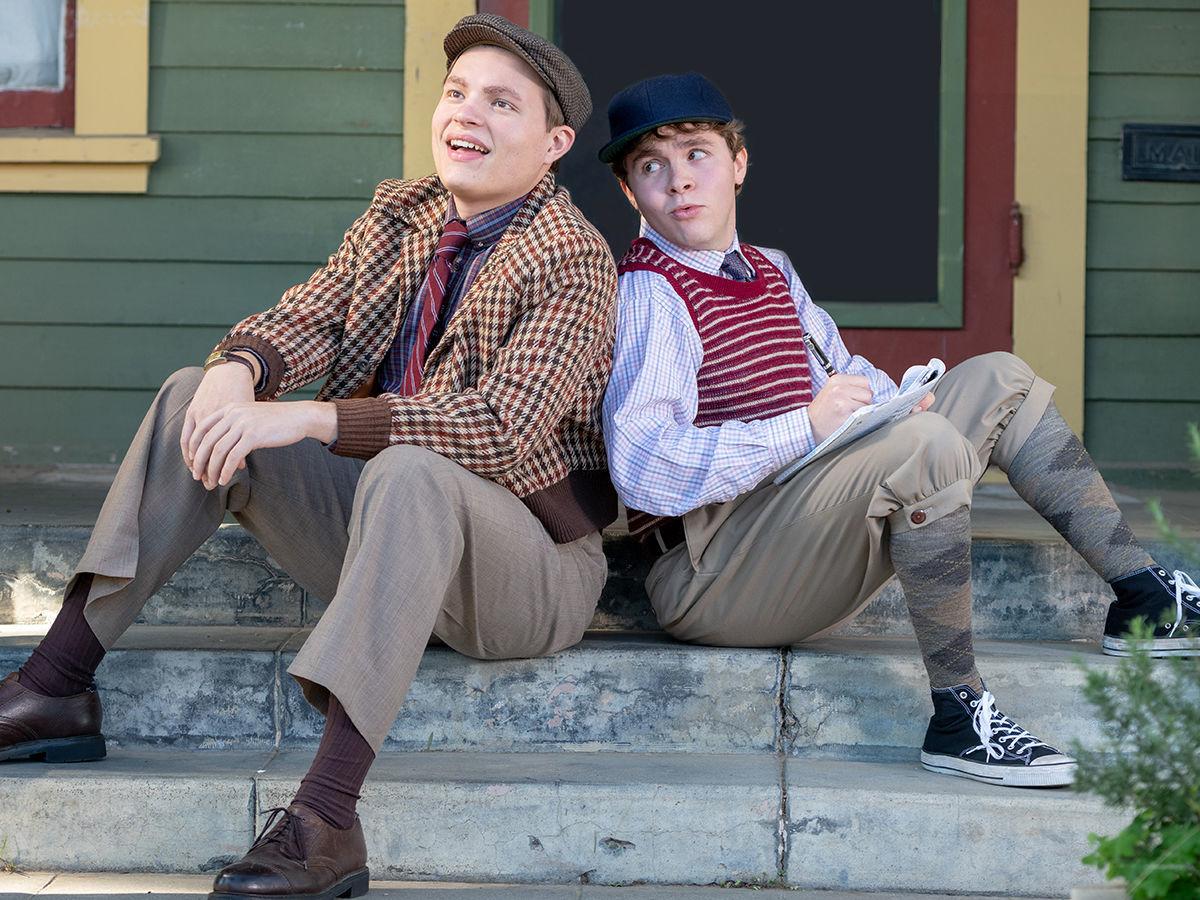 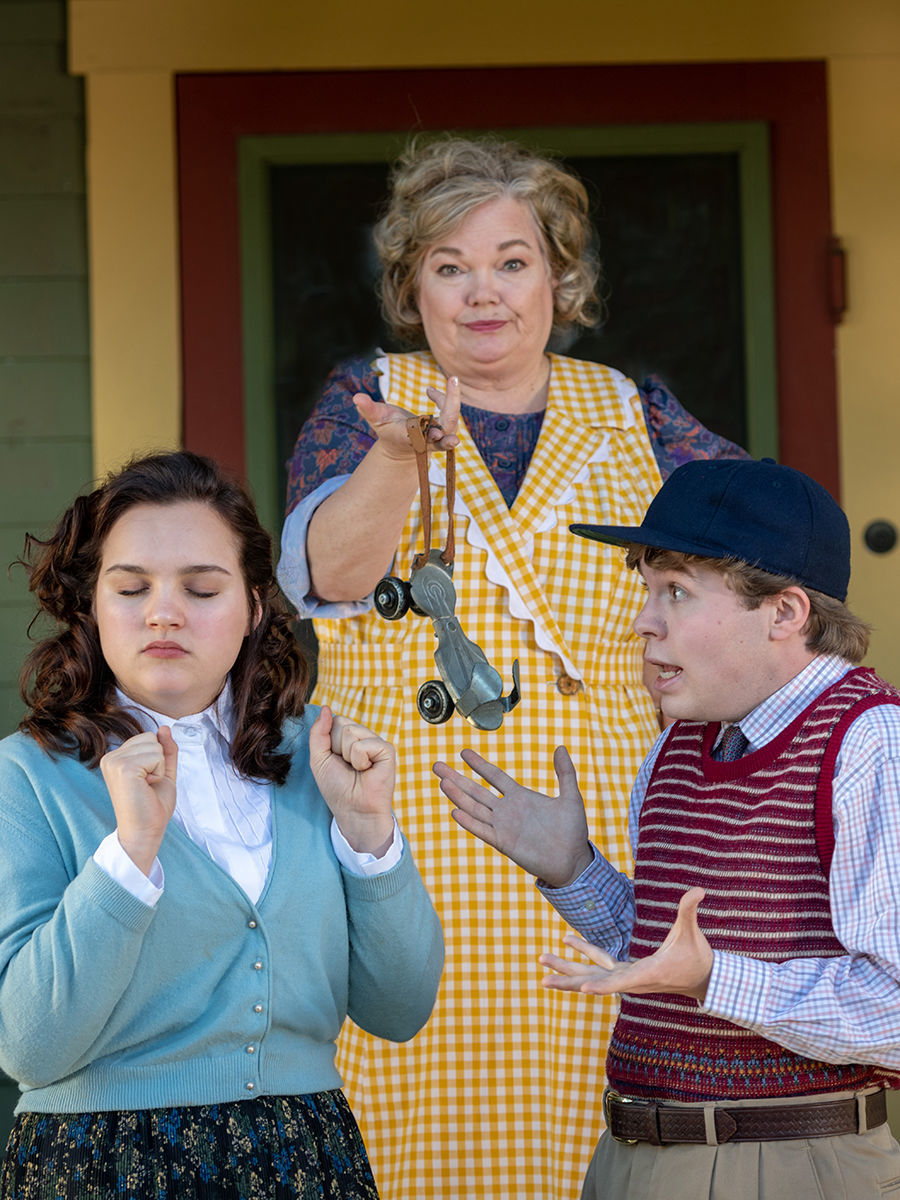 Considering he has directed over 60 PCPA productions, it’s a bit surprising Simon - who is one of Broadway’s most celebrated playwrights - hasn’t already been on DeLaurier’s list of directing achievements for over the last 32 years.

Simon is one of the most prolific and successful playwrights in the world. His first solo play, Come Blow Your Horn, premiered in 1961, followed by Barefoot in the Park, The Odd Couple, Sweet Charity, The Star-Spangled Girl, Plaza Suite and more; 30 some plays in total.

At one point he had four plays in production running simultaneously on Broadway. Simon just passed away in 2018 at the age of 91. He has received more combined Oscar and Tony nominations than any other writer. So why the lapse in productions at the regional theatre level?

DeLaurier said that his first Broadway play, Come Blow Your Horn, a family play, like Brighton Beach Memoirs, “was not very sophisticated. Simon was interested in figuring out how to blend his style of comedy and drama and was criticized for that.”

Simon was previously a writer for TV shows such as Milton Berle, Jackie Gleason, The Garry Moore Show, Cavalcade of Stars, and Your Show of Shows with Sid Caesar. He wrote alongside other young writers including Carl Reiner, Mel Brooks, and Woody Allen.

They wrote “sketch comedy” and that stigma stayed with Simon as he broke into playwriting. However, when he wrote Brighton Beach Memoirs – which took him nine years to write – he hit his stride.

“I think Brighton Beach really changes things for him, he hit a balance, mixing traditional American kitchen sink drama and his brand of comedy, and all the plays after that, strike this balance,” DeLaurier said.

While Simon’s work was popular with Broadway audiences, his plays became favorites for community theatres and high school productions and didn’t resonate largely with regional theatres. With time, the stigma of his early work in Borscht Belt entertainment slowly faded.

The Borscht Belt comedies of the early 20th century were home to or career launchers for such comedians as Danny Kay, Buddy Hackett, Shelley Berman, Mel Brooks, Don Rickles, George Burns, Rodney Dangerfield and a host of others. They relied on quick-witted, rapid-fire one liners for a style of comedy that defined much of Jewish American culture.

DeLaurier explains how his prejudice turned to esteem for Simon.

“He’s a very precise writer, which is one of the things in working on the play I’ve really come to respect in terms of how he shapes and builds scenes and the rhythm of the scents. It’s really well-crafted writing and I don’t think I’d ever really given him the credit to be that kind of writer. It’s not just sitcom, its really great theatrical writing. And that has been a pleasure to find out.”

DeLaurier amplifies that position by claiming Simon should be considered an American classic playwright alongside Arthur Miller and Tennessee Williams. “He has earned the right to be considered part of the American classic canon. And we need to keep those plays alive by doing them and introducing them to new generations,” he said.

The play focuses on 15-year-old Eugene, the narrator and central character. The pubescent teen dreams of baseball and girls while coping with a formidable mother, an overworked father and his worldly brother, Stanley.

Also residing in their cramped lower middle-class Brooklyn home is Eugene’s widowed Aunt and her two daughters. It’s a family that endures hardships through love, pride, and a sense of humor. The time is September, 1937 – mid-depression and pre-WWII.

DeLaurier points out that the play, while about family relationships, is filled with humor. It is basically a family play and their struggles during the Depression, “people in stressful moments say and do really outrageous and funny things.”

Unlike many of DeLaurier’s previous productions, most of which are large casts in elaborate period costumes such as Twelfth Night, Sense and Sensibility, Fiddler on the Roof, Cyrano de Bergerac, Pride and Prejudice, and Les Miserables, Brighton Beach Memoirs is a cast of just seven in 20th century clothing.

Working with a small cast gives the director time to focus on helping the actors find the inner life of this family, examining what the relationship is between simple everyday lives against larger world events. Particularly desirable for the Conservatory Director, there are four great parts for PCPA conservatory students.

“That is something we’re always on the hunt for; ways to feature students in strong roles that are age appropriate. And this certainly fits the bill,” DeLaurier said.

This production will feature second year conservatory student Isaac Capp in the lead role as Eugene who often breaks the fourth wall and talks directly to the audience. Brighton Beach Memoirs and the two subsequent plays from Simon (Biloxi Blues and Broadway Bound) are semi-autobiographical.

Eugene is at a time of life when he’s full of hope and adventure and is girl crazy. It’s a time of life where he is consumed with curiosity about the opposite sex. He’s also dreaming of a career as a major league baseball player, or, if that doesn’t work out, as a writer.

The other students cast in the production are Capp’s classmates: Cameron Vargas as his brother Stanley, and playing his two cousins are Jana Price as Laurie and Romy Evans as Nora. The cast is rounded out with Resident actors Kitty Balay as Kate, Polly Firestone Walker as Blanch and Don Stewart as Jack.

The play is currently in rehearsal with preview performances slated for Feb. 13 and 14, opening Feb. 15 and closing March 1 in the Marian Theatre.

Broadway shutdown due to virus extended again until January

NEW YORK (AP) — The shutdown on Broadway has been extended again — until at least early January.

PCPA plays on with virtual programming this summer

The PCPA has announced a new series of virtual programs through the summer while their performance stages remain dark due to COVID-19 safety restrictions.