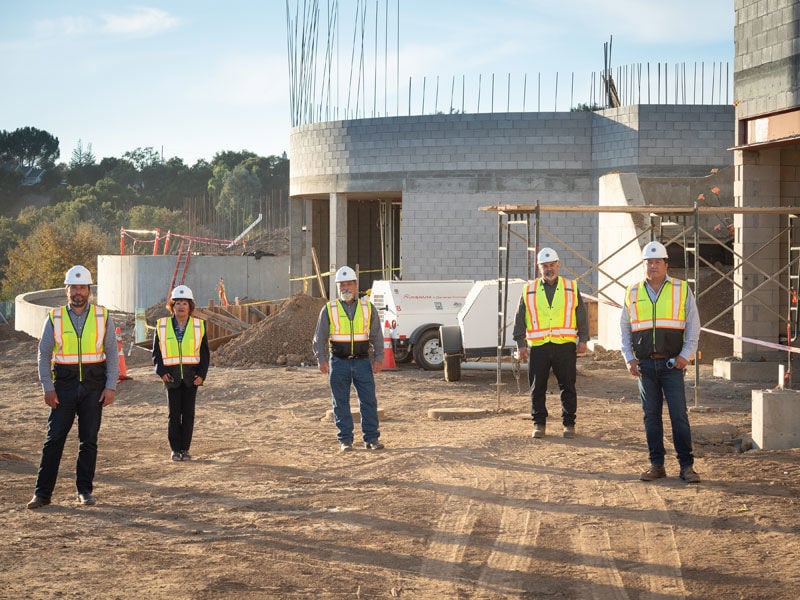 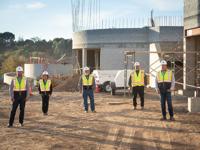 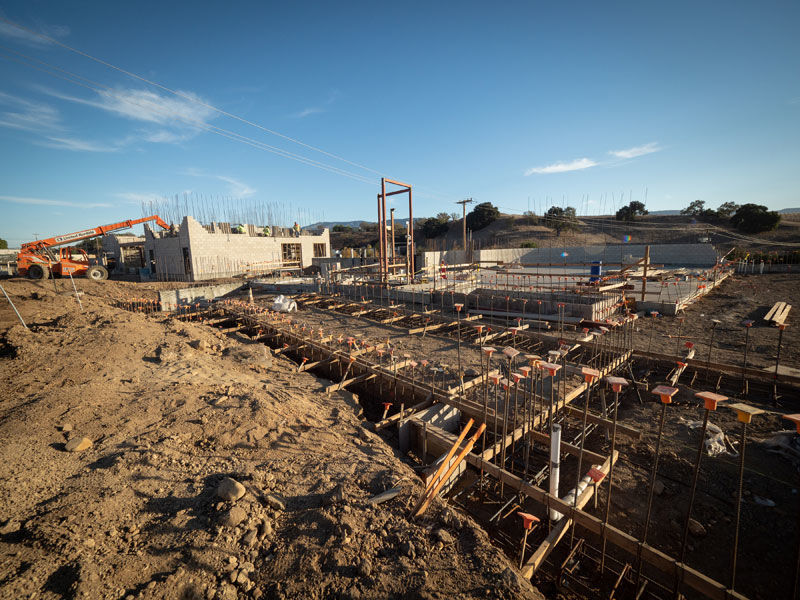 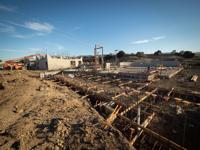 Construction crews continue to make progress on the 14,000-square-foot museum and cultural center slated for completion later this year.

Construction crews continue to make progress on the 14,000-square-foot museum and cultural center slated for completion later this year.

The 14,000-square-foot museum will serve as a monument dedicated to the tribe’s heritage and history, while providing educational opportunities to visitors wanting to learn about the Chumash people and their culture, according to tribe officials.

The facility, which broke ground in November 2018, will feature architecture reflecting Chumash culture and brings together several houses to make a village, including a welcome house, heritage house, traditional tule house, Samala language house and a tomol house. The project also will include a 3.5-acre cultural park featuring native plants used by the Chumash.

Throughout the decades-long planning process, officials said, the tribe has amassed and preserved more than 20,000 cultural objects for showcasing in the museum's exhibit that help tell the story of Santa Ynez Chumash.

Kenneth Kahn, tribal chairman for the Santa Ynez Band of Chumash Indians, said the tribe is excited to witness firsthand the progress being made on the project.

“This has been a long-anticipated dream of the tribe, and we are committed to telling the story of our people so visitors will come away with a deeper understanding of the challenges and opportunities Chumash ancestors faced living in the Santa Ynez Valley for more than 8,000 years,” he said.

The museum was designed by Jones & Jones Architects and Landscape Architects, a Seattle-based firm whose founding partner Johnpaul Jones is Choctaw/Cherokee by heritage and was one of the principal designers of the Smithsonian National Museum of the American Indian on the Mall in Washington, D.C., officials said. Jones also was awarded a National Humanities Medal by President Barack Obama at the White House in 2014.

California-based construction company Bernards is providing general contracting and construction services, while Summit Project Management of Culver City has been retained to manage the project.

According to officials, throughout the preplanning, design and build process, the tribe has continued to seek out ways to advance its environmental stewardship, with a goal of becoming one of the first Leadership in Energy and Environmental Design-certified tribal museums in the nation, featuring high-efficiency systems to protect the tribe’s artifact collection, locally sourcing materials — such as stone from the Santa Ynez Valley — and adopting landscape irrigation that utilizes recycled water.

Solvang restaurant Root 246 shuts down as pandemic drags on

Root 246, known for its farm-to-table cuisine and selection of local wines, is the latest local business to shutter in downtown Solvang, a spo…

Chumash officials confirmed via social media on Friday that the casino would not shutter, as the order does not affect tribal casinos across California, although its three hotels — including Hotel Corque, Hadsten House and resort hotel — would close.