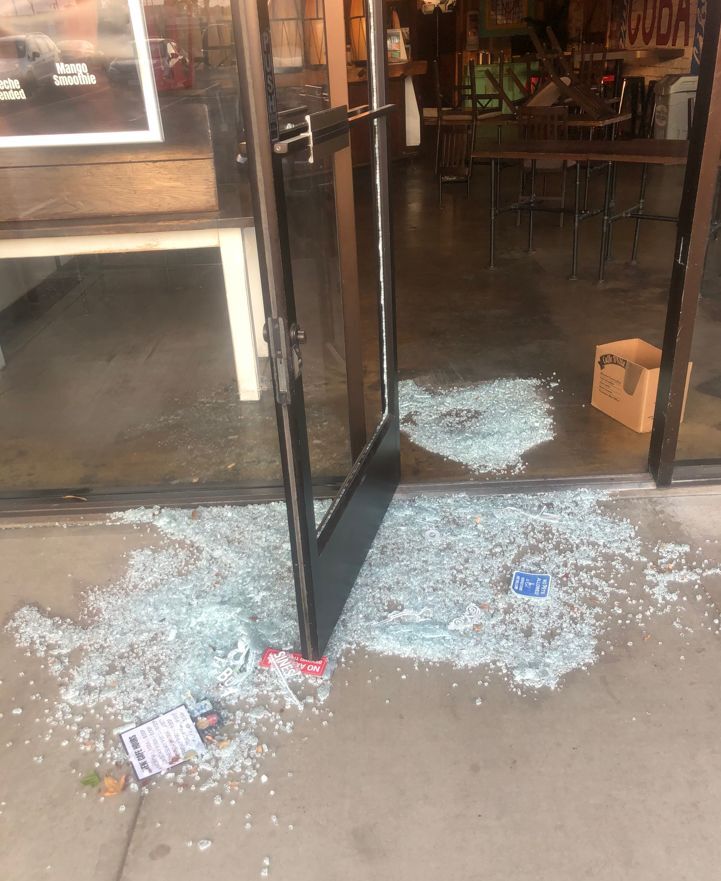 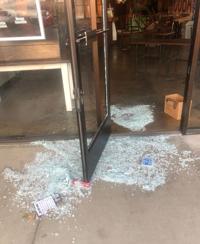 The front door of Cubanissimo Cuban Cafe and Coffee House was shattered, and several items including cash drawers, safes and a computer were stolen in a series of early morning break-in Tuesday at four businesses in Acorn Plaza Shopping Center in Orcutt. 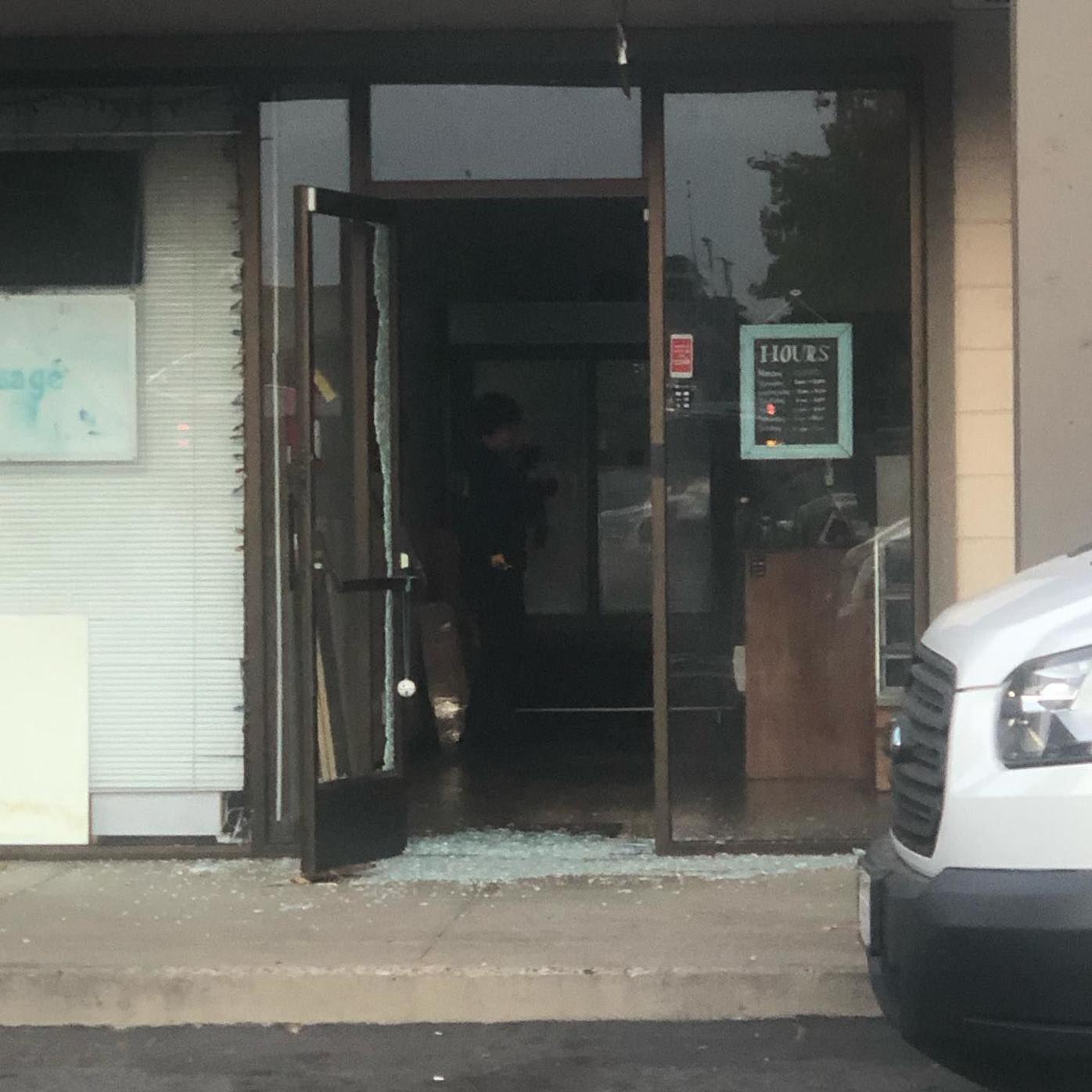 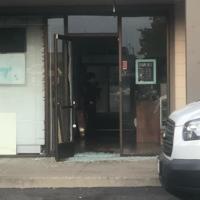 The front door of Cubanissimo Cuban Cafe and Coffee House was shattered, and several items including cash drawers, safes and a computer were stolen in a series of early morning break-in Tuesday at four businesses in Acorn Plaza Shopping Center in Orcutt.

Santa Barbara County sheriff's officials are investigating a series of break-ins and burglaries early Tuesday at four businesses in the Acorn Plaza Shopping Center in Orcutt that resulted in the loss of thousands of dollars from property damage and theft.

Officers first responded to a burglar alarm at Ricky's House of Pizza just after 2 a.m. and subsequently found evidence of additional forced entry at Orcutt Bakery, Cold Stone Creamery and Cubanissimo Cuban Cafe and Coffee House, all located in the shopping center at the intersection of Bradley Road and Clark Avenue.

"At approximately 2:09 a.m., deputies responded to a burglar alarm at Ricky’s Pizza in the 4800 block of South Bradley Road. When they arrived, deputies noted forced entry to the business, as well the neighboring businesses. Additional units, including a K-9 from Santa Maria Police, responded to assist with searching the interiors of the business, however no suspects were located," said sheriff's spokeswoman Raquel Zick.

Jen Silva, owner of Ricky's House of Pizza, said she and her husband also were alerted by the business's alarm when it went off at 2:04 a.m. Shortly after, her husband arrived at the store and found the door smashed.

"It's gonna be a good chunk of change," Silva said of the damages to the door and theft of the cash drawer.

Orcutt Bakery owner Danielle Gerber said she and her husband discovered similar damages — a smashed front door and stolen cash drawer — when they arrived at their own business around 6 a.m. and saw officers processing damages at neighboring businesses in the shopping center.

"It's around $400 or $500 in damages, but the biggest thing is the loss of business today," said Gerber, noting they were unable to begin baking early Tuesday due to the damage.

Cubanissimo owner Chrystal Trenado said her business's front door was smashed in, and a computer, two safes and cash drawer also were taken.

Their alarm system also went off around 2 a.m., but like with Ricky's House of Pizza, officers eventually called to the scene did not find any perpetrators, she said.

"Our footage is pretty good, so we're getting that onto a flash drive to give to the police," Trenado said. "It's gonna be a hassle, dealing with the insurance and not being able to open on time. It's gonna be several thousand dollars [in damages]."

Kristen LaGrange, general manager at Cubanissimo Cafe, has created a GoFundMe for all four businesses that were hit, seeking $16,000 to cover the combined damages.

"It's just sad, that these are all local mom-and-pop businesses," LaGrange said.

Zick said forensics technicians with the Sheriff's Office collected evidence at the scene and deputies will be conducting follow-up interviews. She declined to share information about evidence that was collected.

The Sheriff's Office urges anyone with information about the incident, including the identity of any suspect or suspects, to contact the Sheriff’s Office Santa Maria Substation at 805-934-6150. Residents also can access the anonymous tip line at 805-681-4171 or submit information online at sbsheriff.org/home/anonymous-tip.