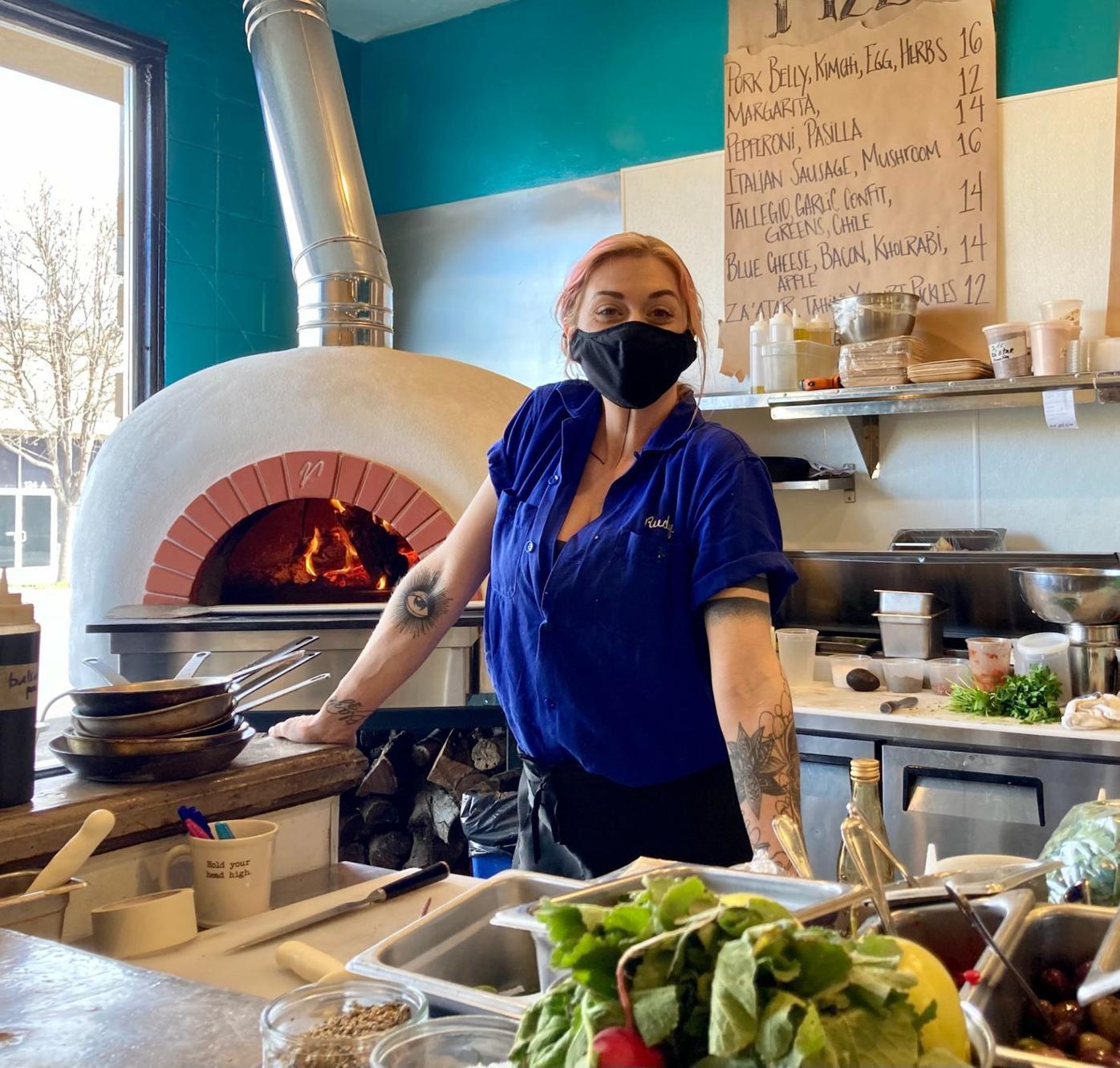 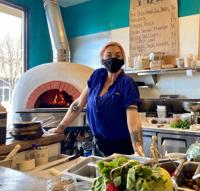 Restaurant manager and chef Heather Hovey readies the front of the house at new Lompoc eatery Eye on I as the wood-fired pizza oven blazes in the background. 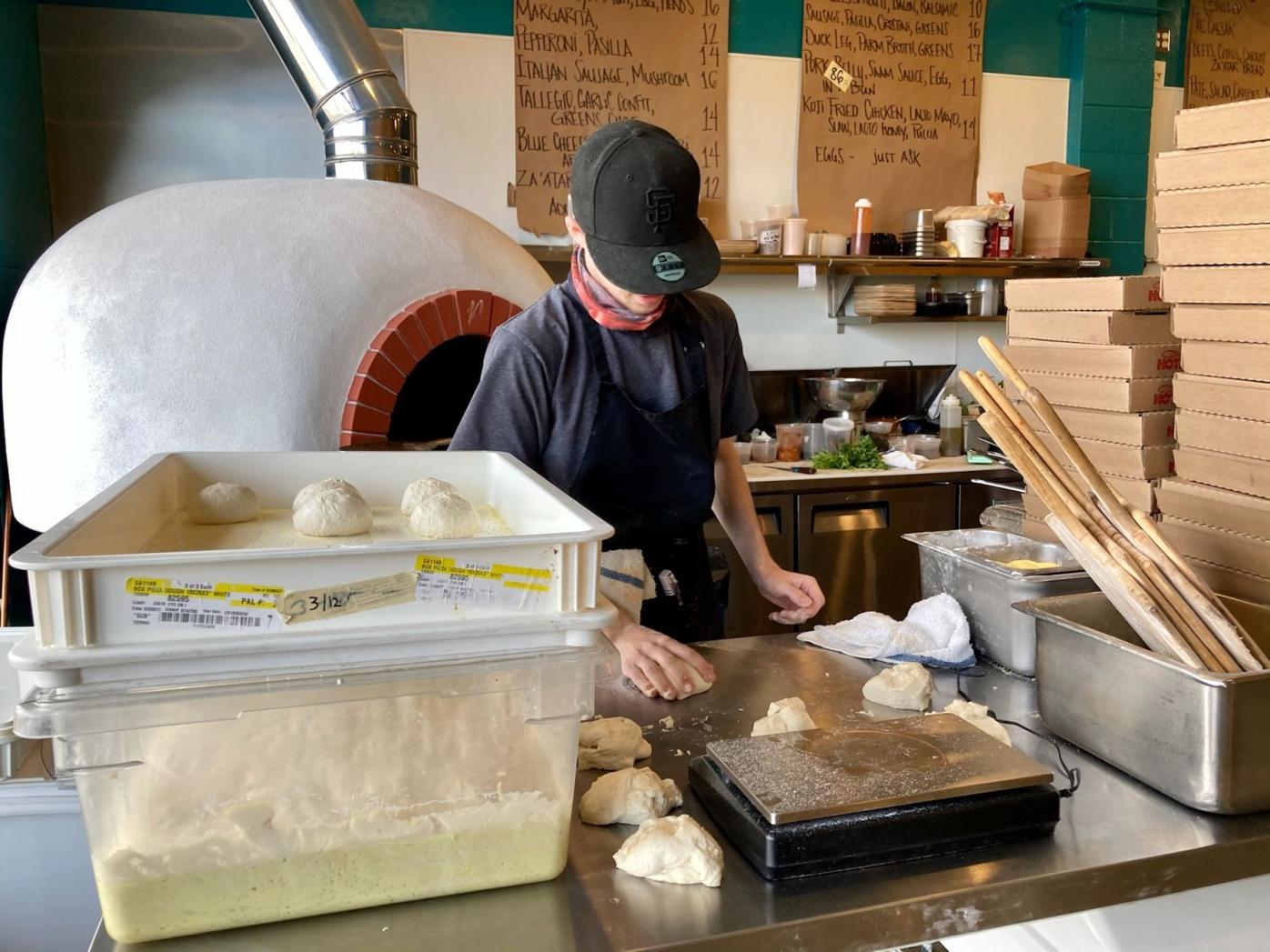 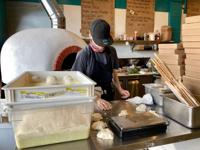 A staff member weighs and measures out pizza dough at Eye on I in downtown Lompoc. 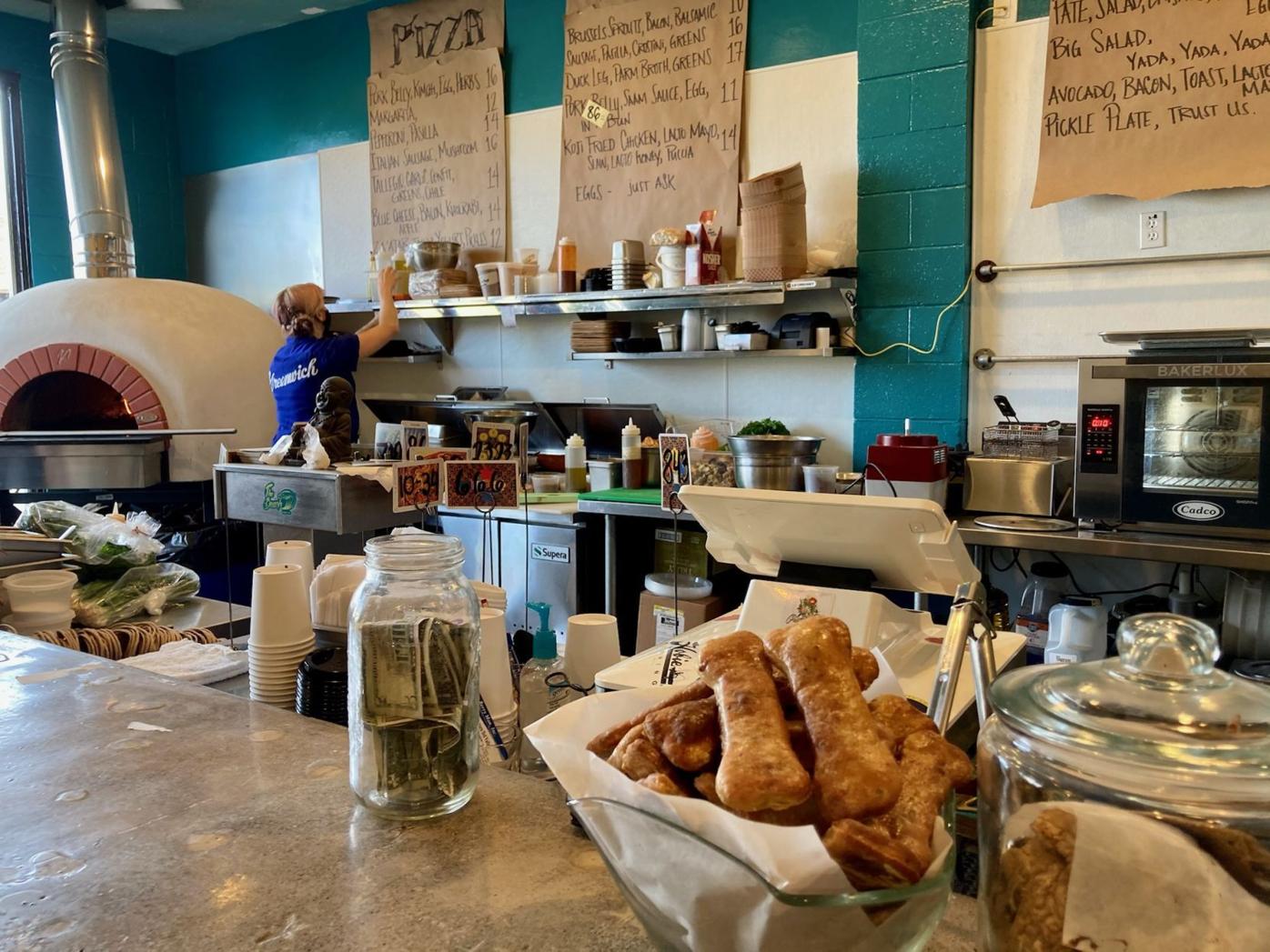 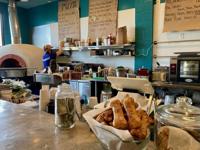 New Lompoc eatery Eye on I is open for business from 12 to 8 p.m. Wednesday through Sunday. In the foreground, homemade dog biscuits await four-legged customers. 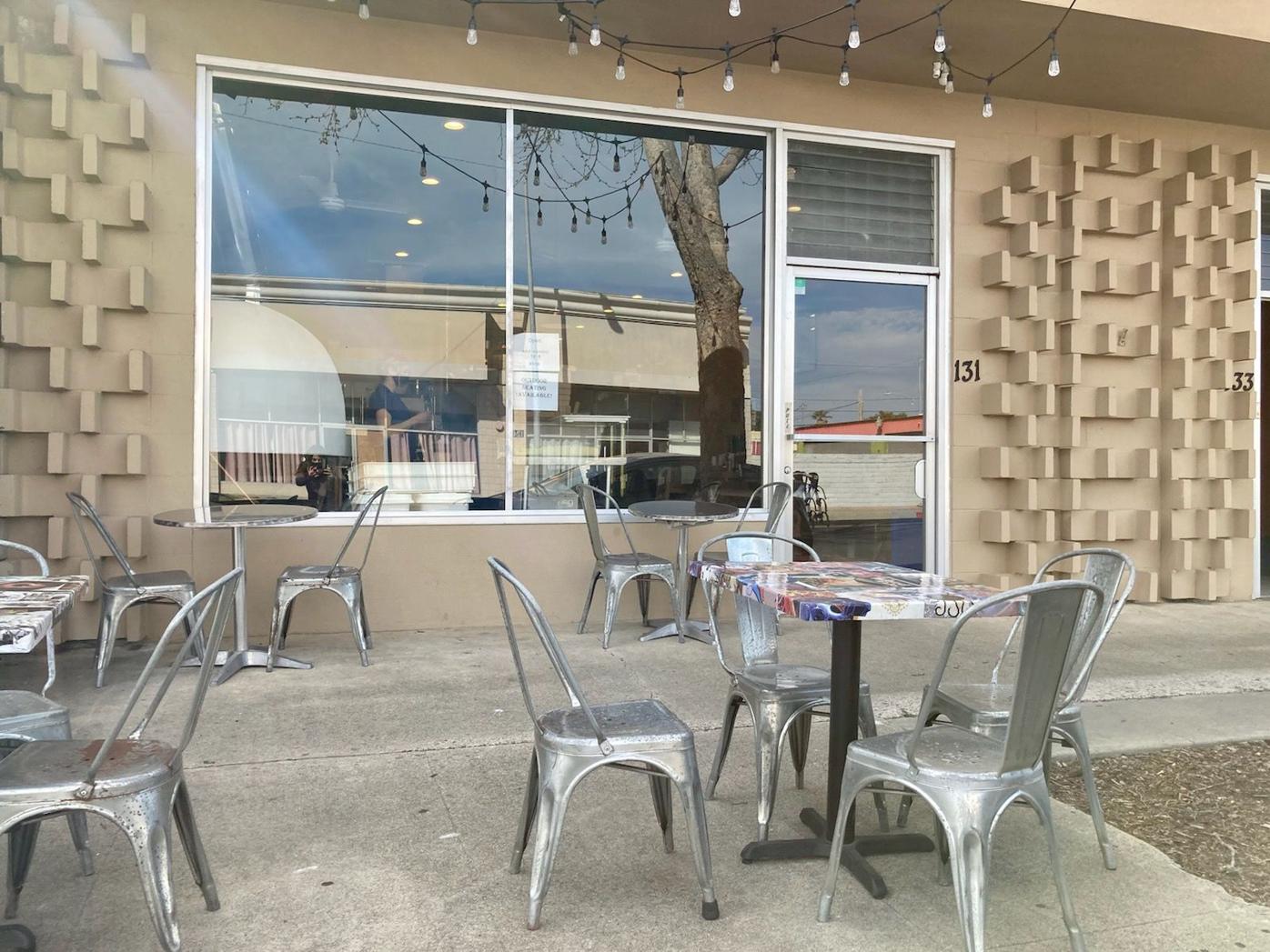 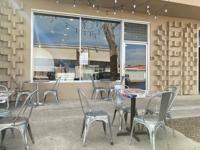 Eye on I is situated on I Street in Lompoc at former eatery spot The Beach. Outdoor dining is offered in both front and back areas.

A staff member weighs and measures out pizza dough at Eye on I in downtown Lompoc.

Eye on I is situated on I Street in Lompoc at former eatery spot The Beach. Outdoor dining is offered in both front and back areas.

New and hip farm-to-table eatery Eye on I has made its home at former restaurant space The Beach in downtown Lompoc.

Characteristic of sister property Industrial Eats in Buellton, Eye on I features a glowing wood-fired pizza oven, plethora of exotic dishes made from locally sourced ingredients and a colorful menu inscribed daily on brown butcher paper pinned to the shop's wall.

While Eye on I's menu might feature fare that is uncustomary to the Lompoc Valley, restaurant manager and menu co-creator Heather Hovey believes locals are eager to learn and try new things.

"We're just trying to do stuff that people don't normally get around here," she said, noting that all produce is sourced from local farmers. "We're cooking with the seasons."

Hovey explained that all proteins are made in-house, including the sausage and bacon. The chicken is cured in a Koji rice marinade, a Japanese product that requires a multistep process and also is responsible for producing sake and soy sauce.

One new menu item not yet tested by Hovey but familiar to local restaurateur, Eye on I shop owner and renowned chef Jeff Olsson will make it to the brown butcher paper as a fresh new offering: anticuchos. A sort of kabob, the traditional Peruvian dish calls for beef heart that is diced and marinated, flame-broiled on a skewer and served with peanut sauce.

"At first people were coming in asking, 'Why am I paying $16 for a pizza?' 'Where's the ranch,' 'Where's the wings,' but to see that they are liking it and coming back is pretty cool," she said. "It's pretty neat to see how people are responding."

Besides serving memorable eats, staff are committed to reducing food waste, according to Hovey, who previously worked at Industrial Eats.

"We try to use everything so there is no waste; we want to be that kind of place — like [Industrial] Eats, but we're not Eats," Hovey said. "I learned it from working at Industrial Eats — we tried not to throw stuff away. We would ask ourselves, 'Where is the food waste?' and 'How can we use everything?'"

Get hip at Eye on I

Eye on I, located at 131 N. I Street in Lompoc, showcases hip-hop regalia and a laid-back atmosphere.

The eatery now is welcoming indoor diners after being allowed to do so upon Santa Barbara County's move to the less-restrictive red tier on March 17.

In addition to first-come, first-served indoor seating, both front and back patios still offer plenty of dining space. The back patio also includes outdoor heaters, a firepit and enough room for a live hip-hop DJ, who is slated to play music for diners on April 10.

Eye on I is open from 12 to 8 p.m. Wednesday through Sunday and is closed Monday and Tuesday.