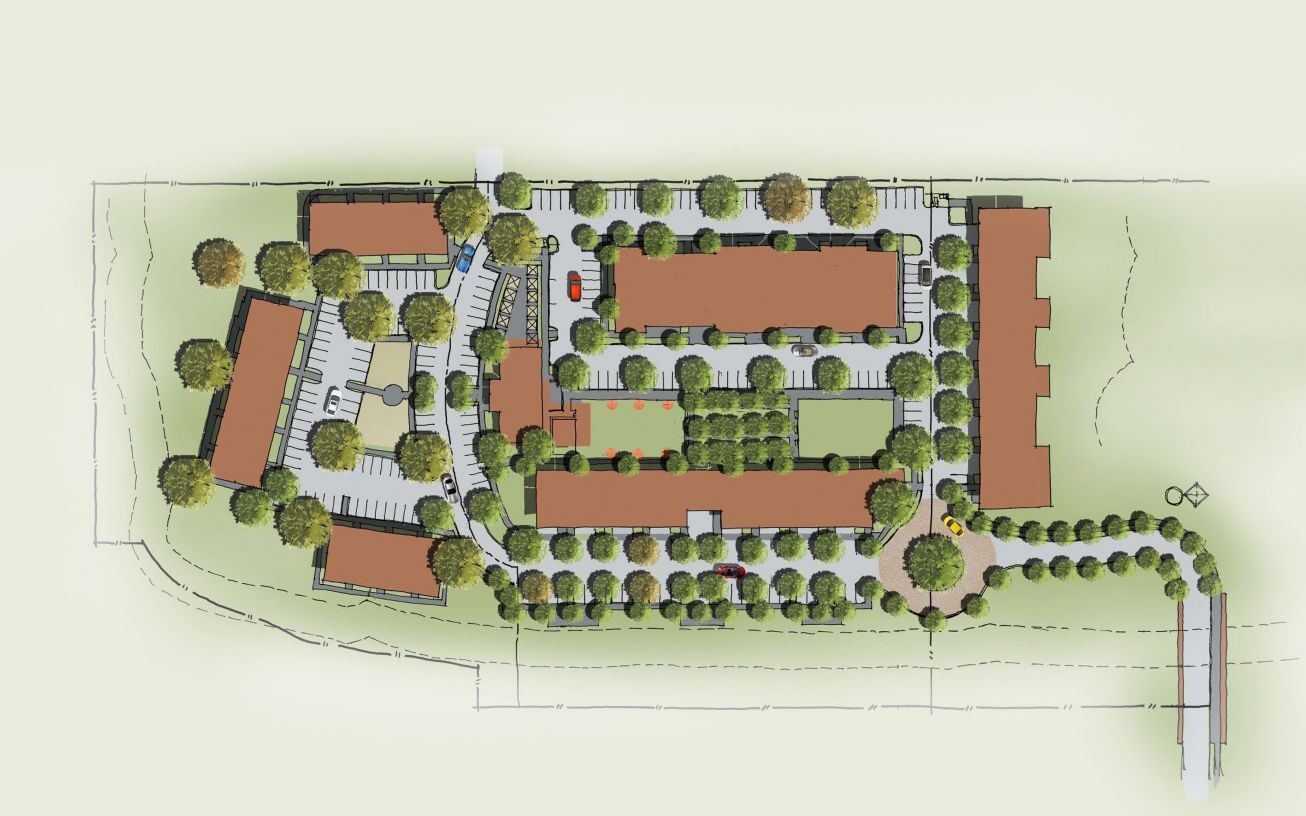 The envisioned Buellton campus development spans 3.4 acres and includes seven buildings, five of which are two-story work/live dwellings and a seventh building that would house a community area, gym and lecture and conference hall. The campus would feature a centerpiece courtyard and sustainable walking trails. 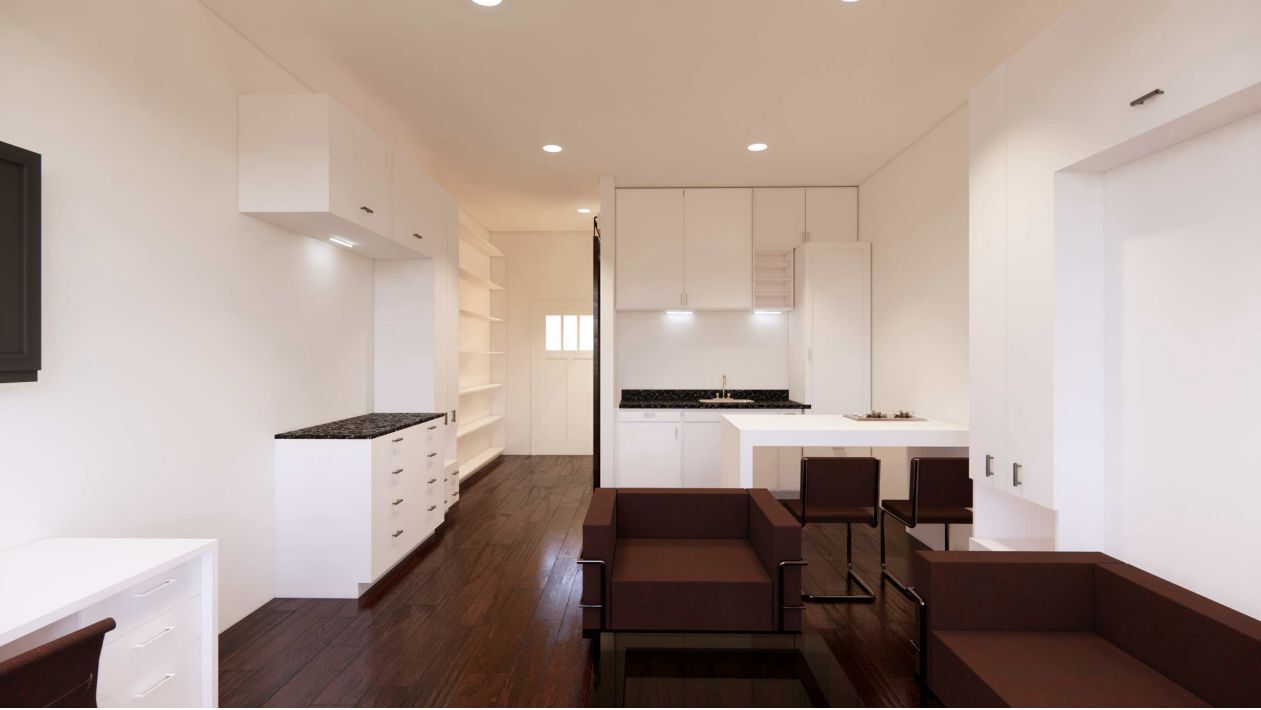 Ed St. George is proposing a 3.4-acre campus development in downtown Buellton that includes as many as 55 micro-units, each measuring 380 to 400 square feet and featuring elegant design elements based in functionality. 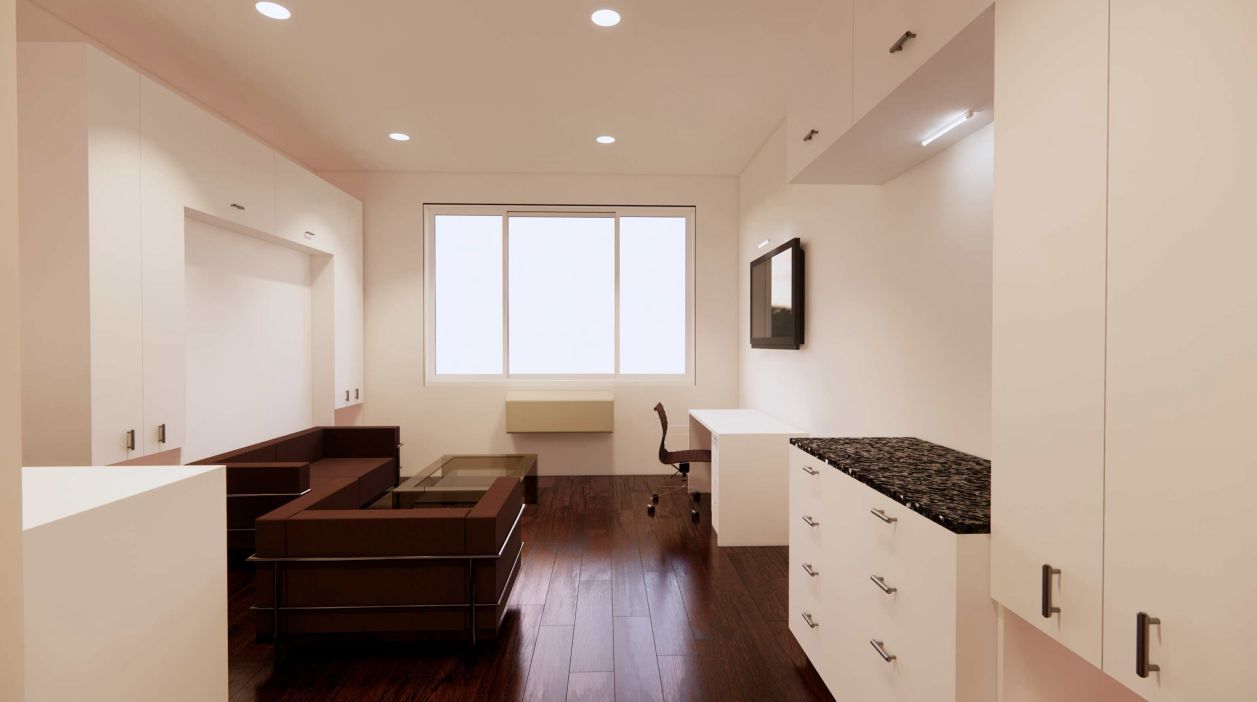 Ed St. George's campus project, envisioned for downtown Buellton, could include as many as 55 micro-units, each measuring 380 to 400 square feet and featuring elegant design elements based in functionality. 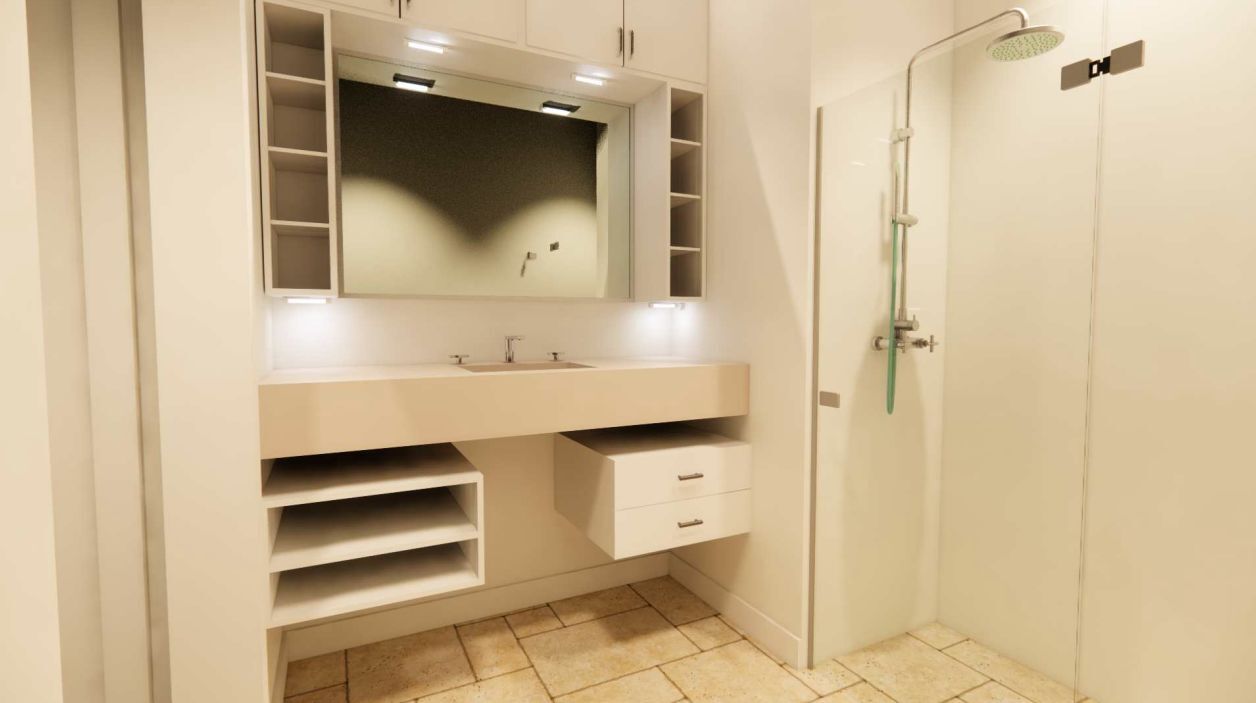 Ed St. George's proposed campus project in downtown Buellton includes as many as 55 micro-units, each measuring 380 to 400 square feet and featuring elegant design elements based in functionality.

The envisioned Buellton campus development spans 3.4 acres and includes seven buildings, five of which are two-story work/live dwellings and a seventh building that would house a community area, gym and lecture and conference hall. The campus would feature a centerpiece courtyard and sustainable walking trails.

Ed St. George's campus project, envisioned for downtown Buellton, could include as many as 55 micro-units, each measuring 380 to 400 square feet and featuring elegant design elements based in functionality.

Buellton might soon become a creative hub should real estate developer Ed St. George get the buy-in he needs from local residents and city officials to build a 55 micro-unit work/live campus featuring an in-house research, development and entrepreneurship lab on Industrial Way.

The new project would be in addition to the developer's project in downtown Solvang, a 43 work/live-unit property and a 92-room hotel with a restaurant, wellness center and penthouse pool.

Locals were introduced to the Buellton campus idea during an Oct. 30 open house in Solvang, where they walked through a micro-unit model on display, which had been manufactured at the developer's Santa Barbara headquarters.

"It was a great turnout," St. George said, noting that approximately 80 people were in attendance. "We really received good feedback. In fact, we had people asking if they could rent now."

The campus-style development would be situated on Industrial Way — an up-and-coming light industrial area lined with restaurants, wineries and breweries. St. George believes that with the addition of the campus, the Buellton neighborhood has the potential to become the next "Funk Zone," a lively area in downtown Santa Barbara that features boutique tasting rooms, cafes, galleries and shops.

Prior to officially proposing the idea to city officials, St. George has been focused on gauging local interest through community outreach that soon will include a town hall meeting and one-on-one discussions with nearby residents who would be most impacted by the project.

"At this point, we're trying to get feedback from the public," St. George said. "The plan is to first go to our immediate neighbors in Rancho de Maria."

Buellton Planning Director Andrea Keffer said although there have been some initial discussions with St. George about a potential project, the city is not clear about his plans to develop in town.

Ultimately, the idea is an attempt to address the local housing shortage that St. George said has resulted in local labor shortages. The affordable housing solution would keep local talent in the area while helping to redefine Buellton, he said.

The Buellton campus would span 3.4 acres and include seven buildings, five of which would be two-story work/live dwellings and a sixth building that would house a community gym and lecture and conference hall. The seventh building would be set aside as a short-term residence hall for visiting college students, professors and lecturers. A central courtyard and sustainable walking trails also are part of the overall design.

Within each of the five live/work buildings, the second story, according to St. George, would house college students, graduates and professors, inventors, entrepreneurs and creatives who might otherwise look to larger cities for jobs, housing and a break into entrepreneurship. St. George said the development would be an answer for those who desire simple, affordable living on the Central Coast, and prefer to live closer to family but are unable to afford a large mortgage or high rental prices.

Project plans include as many as 55 micro-units, each measuring 380 to 400 square feet designed with elements based in functionality. According to St. George, housing features will be formalized after incorporating community feedback.

The ground floor in each work/live building would contain an ideator's lab — dubbed RD&E for Research Development and Entrepreneurship — featuring cowork spaces and a creator's lab, some complete with 3D-printer, a C&C metal fabricating machine, and a full metal and woodworking shop where residents could work where they live.

"I want ideas coming out of there on 'how to build a better mouse trap'; inventions and product that doesn't yet exist," St. George said, noting that he envisions a collaborative space that brings together professionals from all walks of life similar to hubs found in large metropolitan areas like Los Angeles and San Francisco.

"Whether computer chips or potato chips, you're going to be able to make it here," he added.

Further into the future, St. George said he intends to develop a similar micro-unit project in Solvang, which he believes would help reduce the residential carbon footprint, and greenhouse emissions at a time when the city is actively working to combat a growing traffic congestion problem with an electric bike initiative.

According to St. George, the micro-unit project is solution-based as more than 90% of potential residents surveyed are not car owners, would prefer to live closer to where they work, or would opt to bicycle as a primary mode of transportation.

Once design plans are formalized, discussions with the city of Buellton will resume, he said.

"This type of project has been a dream of mine for years, being a student landlord (in Isla Vista, Santa Barbara)," St. George said. "This is the perfect piece of real estate to do it on."

The Solvang City Council approved a full docket of items during its Oct. 12 meeting that included replacing a member of the newly formed Brand…

Once the center's $2.5 million capital campaign hits its first financial benchmark — $1.5 million — the plan is to break ground on the project. So far they have raised $450,000.

Countdown for approval of low-income housing in Solvang begins

A 2-acre lot in downtown Solvang, which has been at the center of controversy over the past year due to initial plans to construct a mixed-use development that called for the demolition of the Veterans Memorial Hall, will soon feature either a three-story hotel and wellness center or a 59-unit low-income housing project.