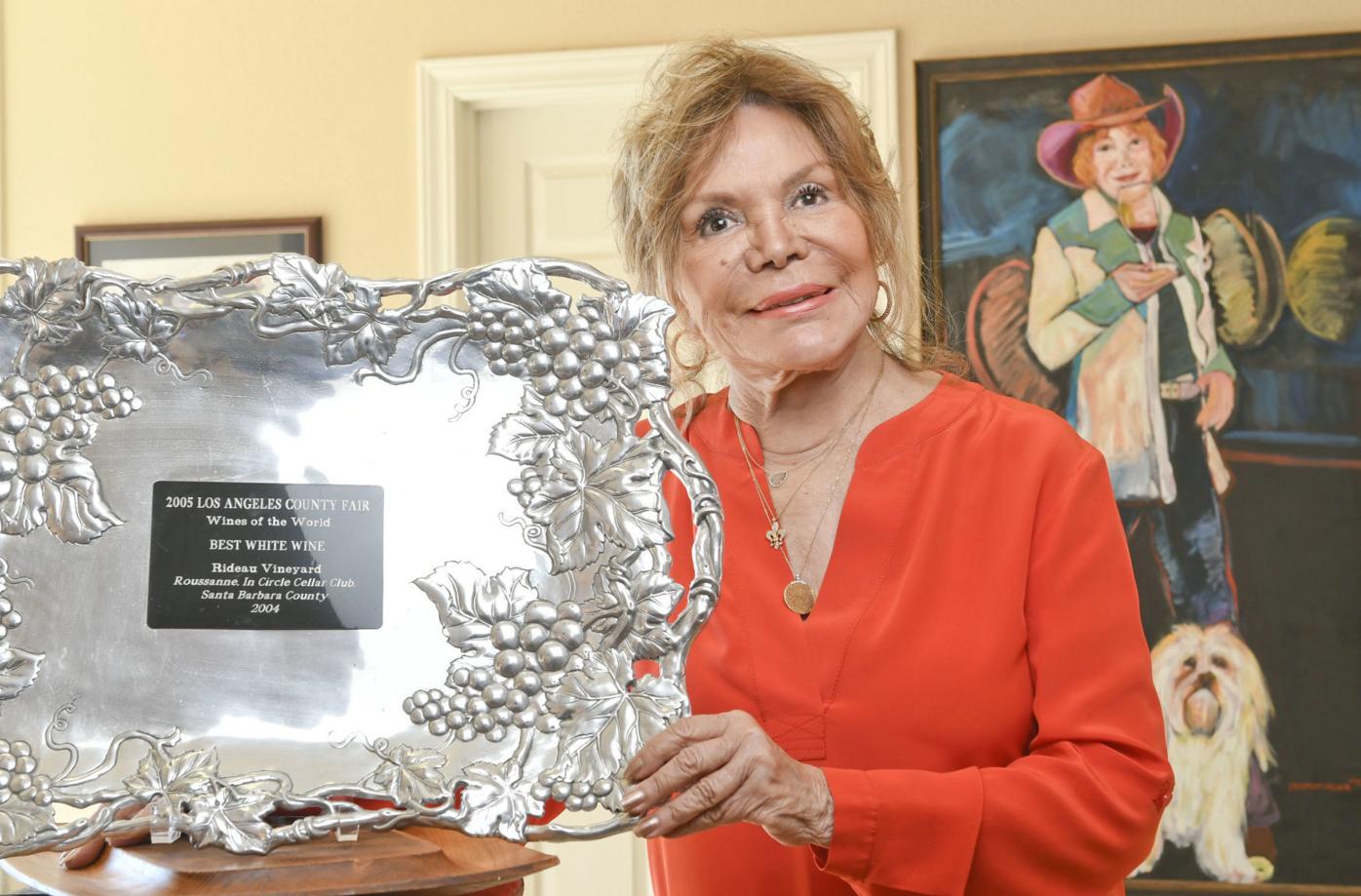 Iris Rideau holds up the Best White Wine Award she won in 2005 at the Los Angeles County Fair. Rideau is the first Black woman to own a winery in the United States with her former ownership of Rideau Winery and Vineyard in Solvang. 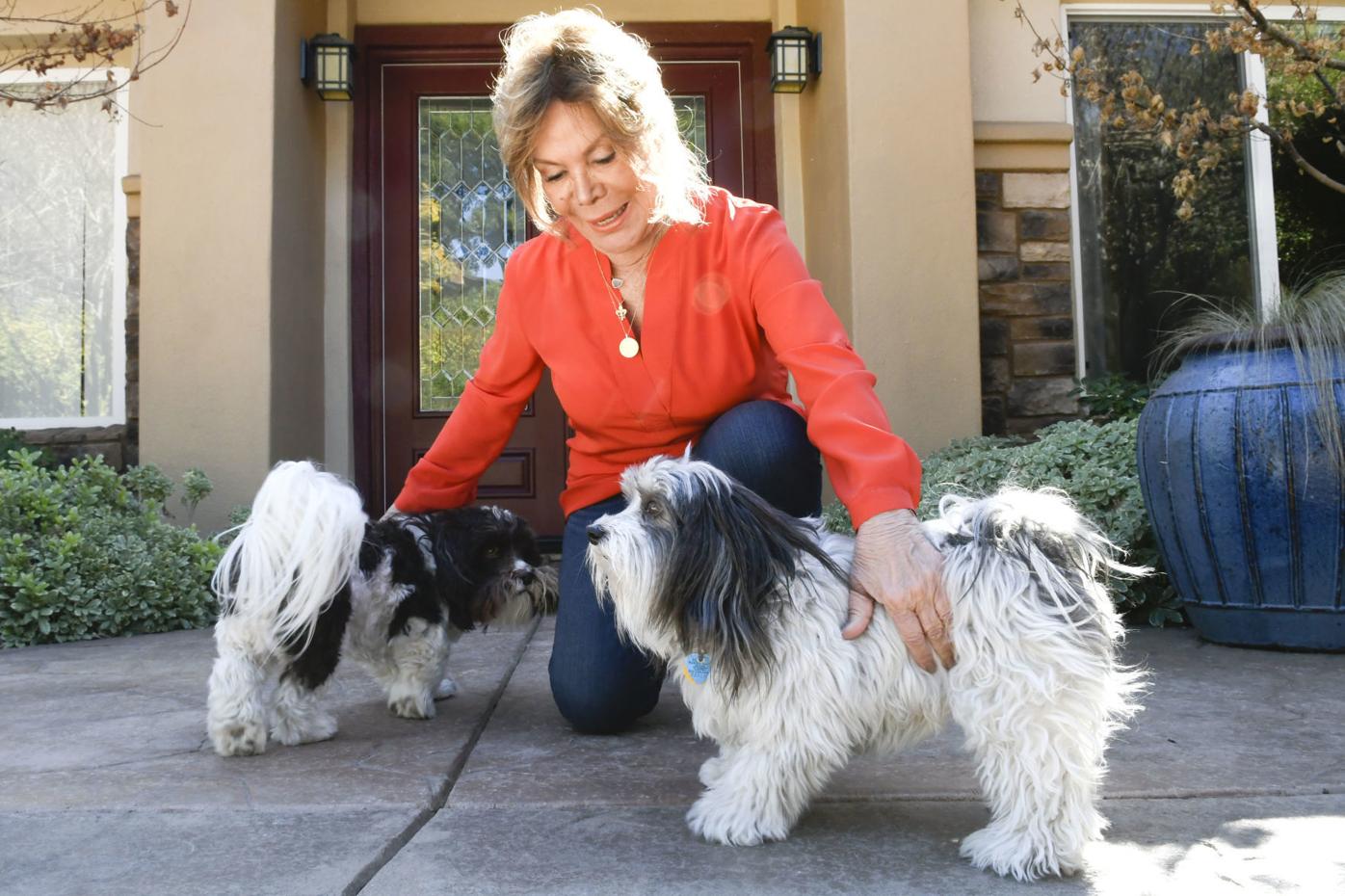 Former owner of Rideau Winery and Vineyard in Solvang Iris Duplantier Rideau — the first Black woman to own a winery in the United States — will be honored with the prestigious Pioneer and Legend Award in Atlanta later this month.

Wine and Culture Fest announced its third annual Hue Society’s Roses and Rosé Awards Brunch in Atlanta, which each year celebrates the outstanding accomplishments of Black and Brown wine industry professionals throughout the country, with Rideau being one of three this year.

The now retired 84-year-old businesswoman, who resides in the Santa Ynez Valley, had purchased a 6-acre plot of land in Solvang which she then added to with 22 acres some six years later. At the age of 59, and without previous winery experience, Rideau in 1989 began producing award-winning Rhone wines, syrah, Mourvedre, Marsanne, Roussanne and Viognier.

According to Rideau, her success in wine was built on the invaluable experience she gained through business ownership. The insurance agency she owned specialized in assisting minority homeowners in the Los Angeles area. She also worked with Mayor Tom Bradley to create the city's Affirmative Action Program that assisted women and minority-owned businesses in securing contracts with the city of Los Angeles.

Even further, her work to lift up others emerged from the personal hardship of fighting discrimination and humiliation as a youth and throughout her life, she said.

Born in 1936 in New Orleans, Rideau and her mother fled in the 1940s to join the Great Migration of millions of Blacks and other people of color who could no longer tolerate the racist attitudes in the South, and settled in Los Angeles. There, Rideau managed to get a job in an insurance agency and continue her education, all while taking care of her young daughter as a 17-year-old single mother.

With support from industry experts such as Rick Longoria and female winemaker Adrienne St. John, as well as her natural penchant for food and drink, Rideau pushed the envelope and made history, winning the Best in Show at the Los Angeles International Wine competition in 2004 for her Estate Roussanne.

Rideau sold her winery and vineyard in 2016 and recently completed her memoir "One Life Between Two Worlds: From White to Black."

Solvang leaders grapple over vision statement, lack of reference to Chumash and Spanish

Wine grapes fall to No. 5 in Santa Barbara County crop values, strawberries No. 1, cauliflower No. 2

For the first time since 1995, wine grapes fell out of the top four crops in Santa Barbara County, giving way to cauliflower, broccoli and nursery products in its slide from No. 2 to No. 5, while strawberries remained at the top, according to the 2020 Crop Report released last week.

“Once you learn how to run one business successfully, you can pretty much run any business."

Pioneering winemaker Bryan Babcock, owner of Babcock Winery & Vineyards, was named 2021 Vintner of the Year by the Sta. Rita Hills Wine Alliance during its 20th anniversary celebration in August.