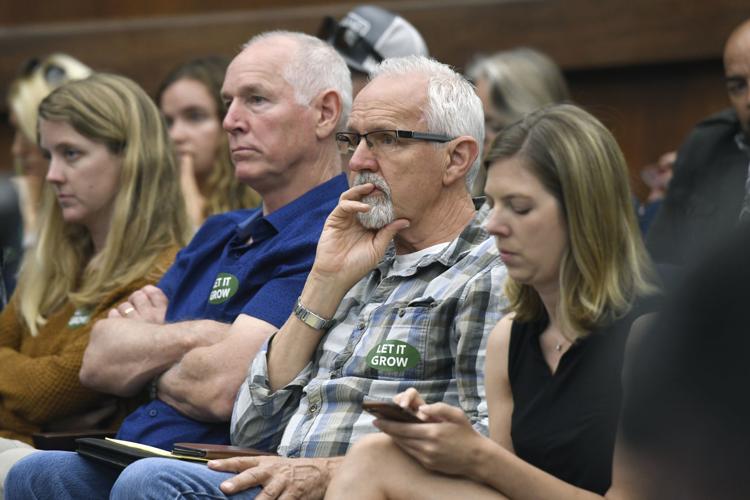 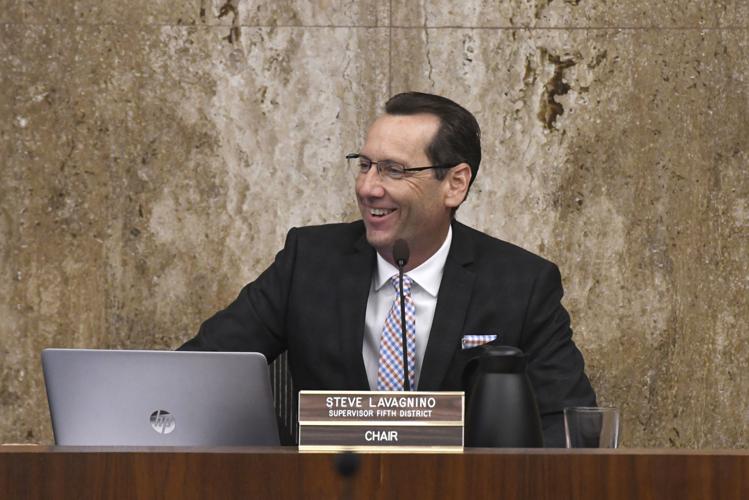 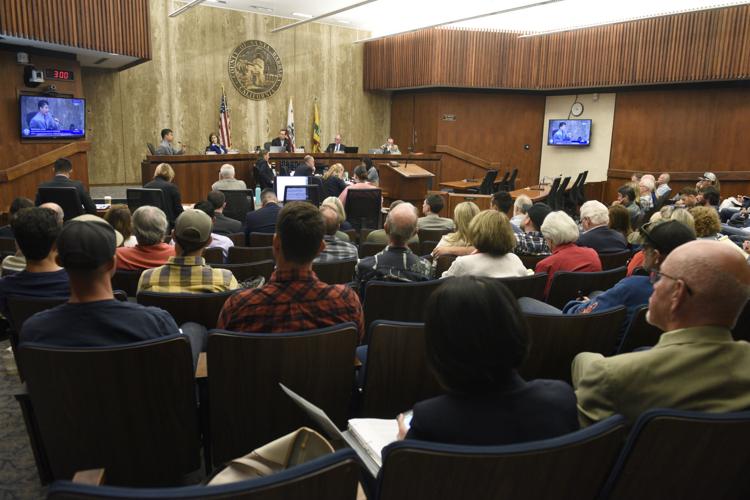 A cap on the amount of cannabis cultivation in the county equal to the acreage in applications received as of July 9 was approved Tuesday by the Santa Barbara County Board of Supervisors after a wide-ranging discussion of numerous related issues.

The board also put pressure on cannabis growers to institute odor control by requiring it during business license processing, pulling exemptions for those without odor control after Labor Day and taking civil action against cultivation operations where the odor is deemed a nuisance.

Land use applications and business license permits will be processed at the same time and operators in the Carpinteria Agricultural Overlay area will be placed on an eligibility list for business licenses after their land use entitlement is determined, the board decided.

All of the decisions represented a direction to the staff to develop ordinance amendments that will be brought back to the board to consider adopting.

San Luis Obispo County’s total crop value hit a new high in 2018, rising 12% from the previous year and topping the $1 billion mark, according to a report released Tuesday by the Agriculture Commissioner’s Office. The total crop value was a little more than $1.035 billion, with wine grapes leading the list at $276 million, followed by strawberries at $268.4 million and broccoli at $48.3 million, the report said.

In a 4-1 vote, supervisors decided to limit the total acreage in unincorporated areas of the county to the total in applications received by July 9, when the board began its hearing on the issue.

That total was unofficially listed as 1,510 acres for the inland portion of the county, but the number could change once it’s officially calculated, Planning and Development Department staff said.

Supervisors decided to use the acreage as of that date to avoid a “land rush” in permit applications, as the acreage listed in applications jumped to 1,587 acres following the board’s decision to ban cultivation on smaller lots zoned Agriculture 1.

Fourth District Supervisor Peter Adam, who dissented in the decision, initially proposed a five-year cap of 200 acres countywide, not to exceed 10 acres per parcel or on any one operation.

Individuals who want to operate a retail cannabis store in the unincorporated areas of Santa Barbara County will have to wait a week or so to submit a prequalification application. The application period was scheduled to start Monday and continue until Friday, Aug. 16, according to the county’s cannabis website.

After five years, the board would reconsider the cap after “we find out what we don’t know yet.”

“In the next five years, they’re going to have new technologies for odor control [and] new cultivars, varieties, that are less stinky … ,” Adam said.

But others wanted a higher cap.

“To me, the hardest part about this is the stakes are high on getting it wrong, either way,” 1st District Supervisor Das Williams said. “If we don’t allow a legal path, there are two major problems.”

He said one is that it would provide an incentive for growers to enter the black market, which he said is a “huge vector” for crime, hard drugs, human trafficking and pesticide issues.

Twenty tons of harvested cannabis were seized and 350,000 plants were destroyed in a raid on an allegedly illegal cannabis cultivation site ou…

“It would also invite hemp to swamp us on land regulations,” Williams said, referring to the potential for the state to remove local control over hemp, allowing cannabis growers to switch to that crop and causing the same problems as cannabis but with no way for the county to deal with them.

“I like where it was a week ago before there was a rush to the permit process,” 2nd District Supervisor Gregg Hart said about an acreage cap, adding it’s time to move through all the applications already in the pipeline.

Third District Supervisor Joan Hartmann, who moved to initiate the cap, said it’s important because of the increasing rate of applications, and it will give the county a chance to catch up on processing applications.

“I’m totally not a fan of caps … but I want to be fair to the entire county,” Board Chairman and 5th District Supervisor Steve Lavagnino said before joining the majority in approving the limit.

Santa Barbara County residents and businesses may be getting greenhouse-gas-free electricity from renewable sources in a year or so after the Board of Supervisors voted to join the Monterey Bay Community Power Authority. Supervisors voted 4-1 Tuesday, with 4th District Supervisor Peter Adam dissenting, to obtain the county customers’ electricity through the Monterey Bay Community Choice Energy project, although the board will have opportunities to pull out before the power starts flowing to customers, probably sometime in 2021.

More in Complete Series - Green Rush in the 805?: Cannabis on the Central Coast - Looking at land use, money, science, law enforcement and education (97 of 108)