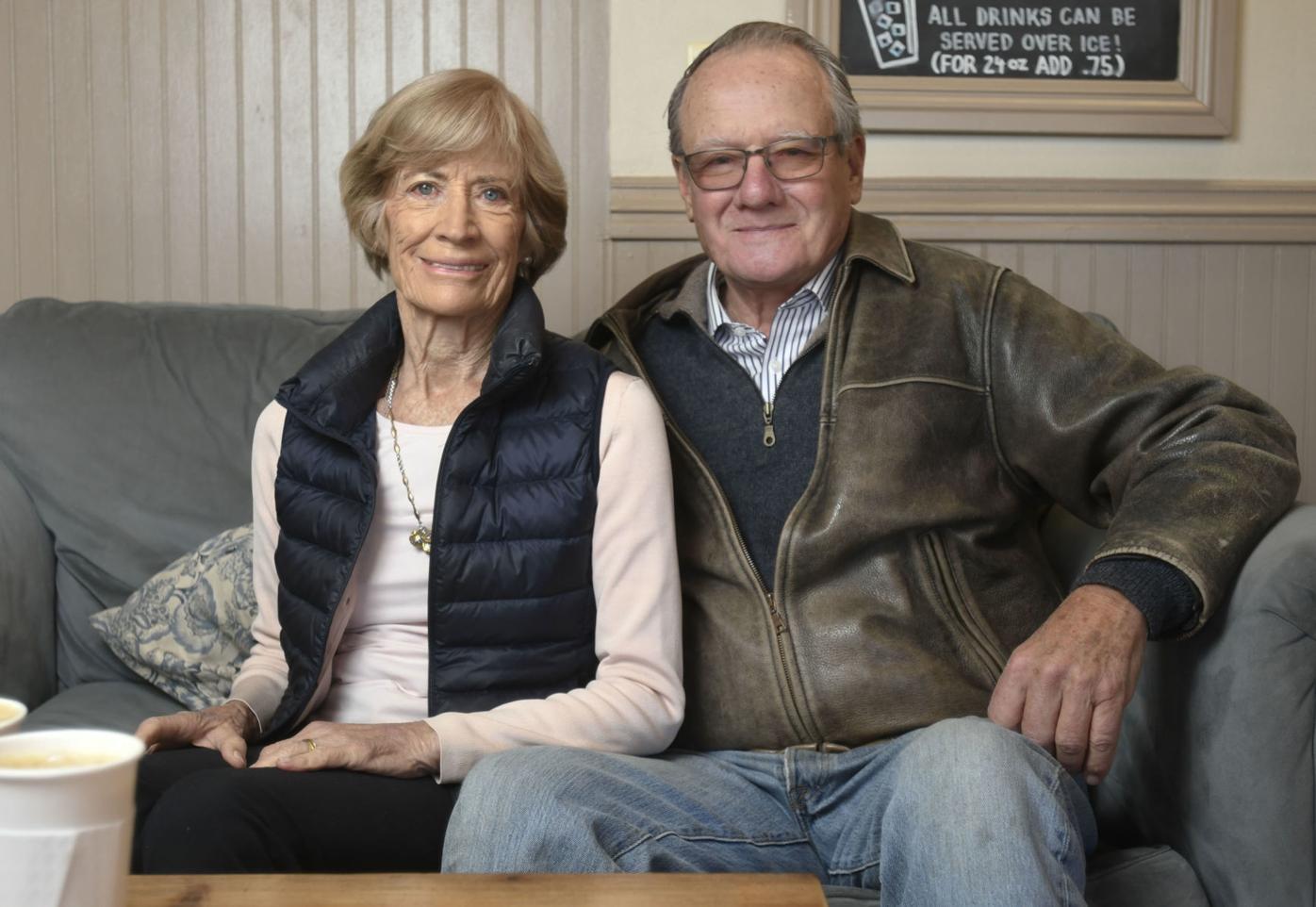 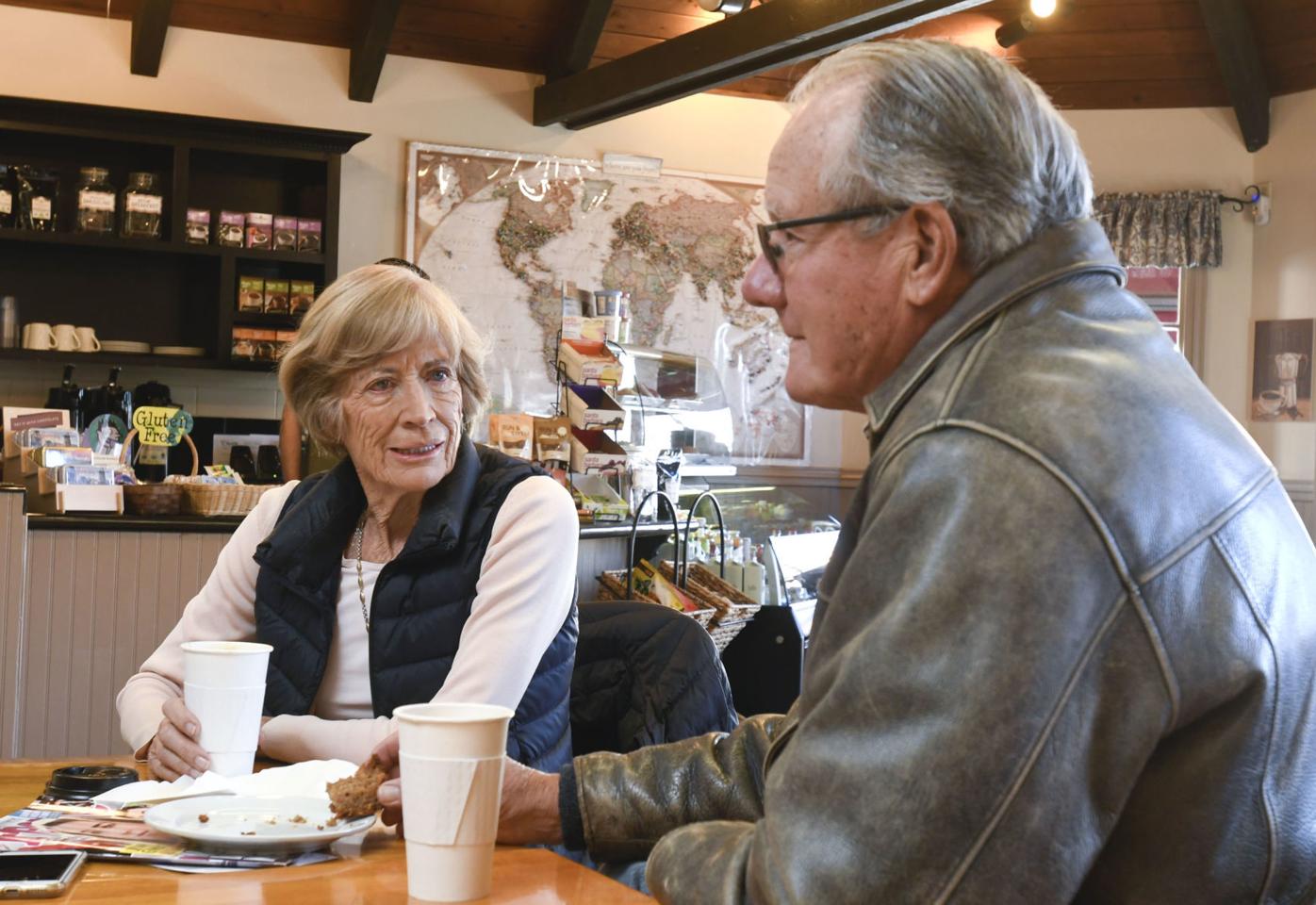 When asked what the most rewarding part of her life with Brooks Firestone has been, Kate Firestone joked, “When he said … I do.”

Sitting in a Solvang coffee shop, Brooks Firestone replied, “You said if I bought you a cup of coffee, you’d behave.”

The affable couple are receiving the Lifetime Achievement Award this year from the Santa Ynez Valley Foundation and the Santa Ynez Valley News, after being nominated in 2017 but unable to accept. They are on the heels of celebrating their 60th wedding anniversary in June, which makes the honor especially timely.

“There is no secret. It’s just natural,” they said, referring to their marriage longevity and inexplicable kismet they experienced years ago. Brooks remembers, “I chased Kate for two years after meeting her at the stage door of the Metropolitan House in New York while she was a dancer for the Royal Ballet — I was struck.”

She admits, “I recognized that in him, too.”

Before their flourishing wine enterprise and a growing family tree of four children, 14 grandchildren, and one great-grandchild, the Firestone’s recall earlier times.

They claim that the same luck that brought them together also brought them to the Santa Ynez Valley in 1971 on a tip from Brook's father to explore the historic farming area.

An opportunity in the market presented itself. The oversupply of grapes at the time that had the potential to upset ag prices, paired with the subtle burgeoning microeconomics of California’s wine industry — especially in not-so-faraway Santa Barbara — appealed to his enterprising genetics.

Pioneering comes with no guarantees: “I worked harder than I ever thought," Firestone said. "I was on the road all the time. That’s what the wine business is about. It was necessary especially at a time where the Valley was just known to be cowboys and farmers.”

Kate added, “Santa Barbara was the toughest. We could hardly give away our wine there much less have the East Coast or anywhere else know about us.”

Not long after their first harvest in 1975, the fruits of their labor would finally be affirmed, winning them Best of Show in California for their ‘77 Riesling at the Santa Francisco Vintners’ Club, and again the next year in London for their revered 1978 chardonnay.

Shortly after, the Santa Ynez Valley wine industry was born; other vineyards moved into town and the region was put on the map. At one point, Kate opened her own winery, which she maintains created a healthy rivalry between the two of them.

Over time, Brooks noticed that agriculture wasn’t being fully recognized in the county, leading him to serve on the State Assembly from 1994-98 and as Santa Barbara County Supervisor from 2005-08.

During a time when North/South Santa Barbara counties threatened to split, Firestone recalls, “My chief goal was to heal the county.” The split never materialized.

Kate turned her focus to supporting Direct Relief in Santa Barbra during its infancy. It has now become a highly respected international nonprofit helping people affected by poverty, disaster, and civil unrest.

In addition to planting and watering over 100 trees by hand, off the Zaca Creek 101/154 freeway interchange (which would have otherwise been rubble) 10 years prior, the Firestone’s are supporters of the Santa Ynez Valley Vinters’ Association, Meals on Wheels, Solvang Festival Theatre, Hospice Care, Santa Barbara Food Bank, Family School, Dunn School, and St. Mark’s Episcopal Church.

“The Santa Ynez Valley has such heart. We love our community,” Kate said, beaming.

They revel in St. Marks’ growing community presence and outreach since its dedication in 1981. Brooks said “building it was very gratifying. That it’s still there and thriving is one of my greatest accomplishments.” You can find them both singing in the church’s choir most Sunday mornings.

Explaining the eventual jump to singing, Brooks recounts watching his wife in the choir from his pew. “I realized that she was having all the fun up there,” he said. Following in her footsteps, he immediately hired a voice coach and earned his chops with the Lompoc and Santa Ynez Valley Master Chorale.

Once wine, then politics, now crooning — soprano/alto for her, bass for him —the duo have sung with several groups around the world from Santa Barbara to the London Royal Albert Hall, the Vatican, and the Mormon Tabernacle, among many others.

“I certainly wouldn’t do all this if he wasn’t along," said Kate. "Besides, it’s good for us. It makes you use whatever brains you’ve got left.”

Inspired by this chapter of their life, Brooks authored his second book, "Evensong," in 2012, detailing their choral journey. It is available for purchase on Amazon.

Agreeing that the most challenging feat they have ever faced was pulling off a steeplechase, they quickly counter that their most rewarding life experience after having a family is being in their 80s, waking up in the morning and enjoying life.