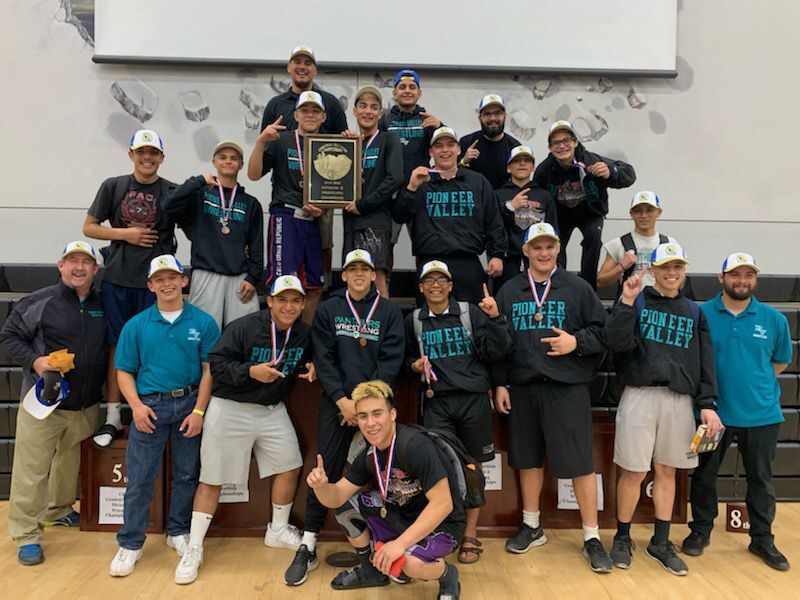 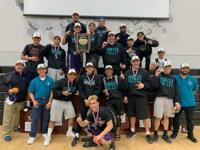 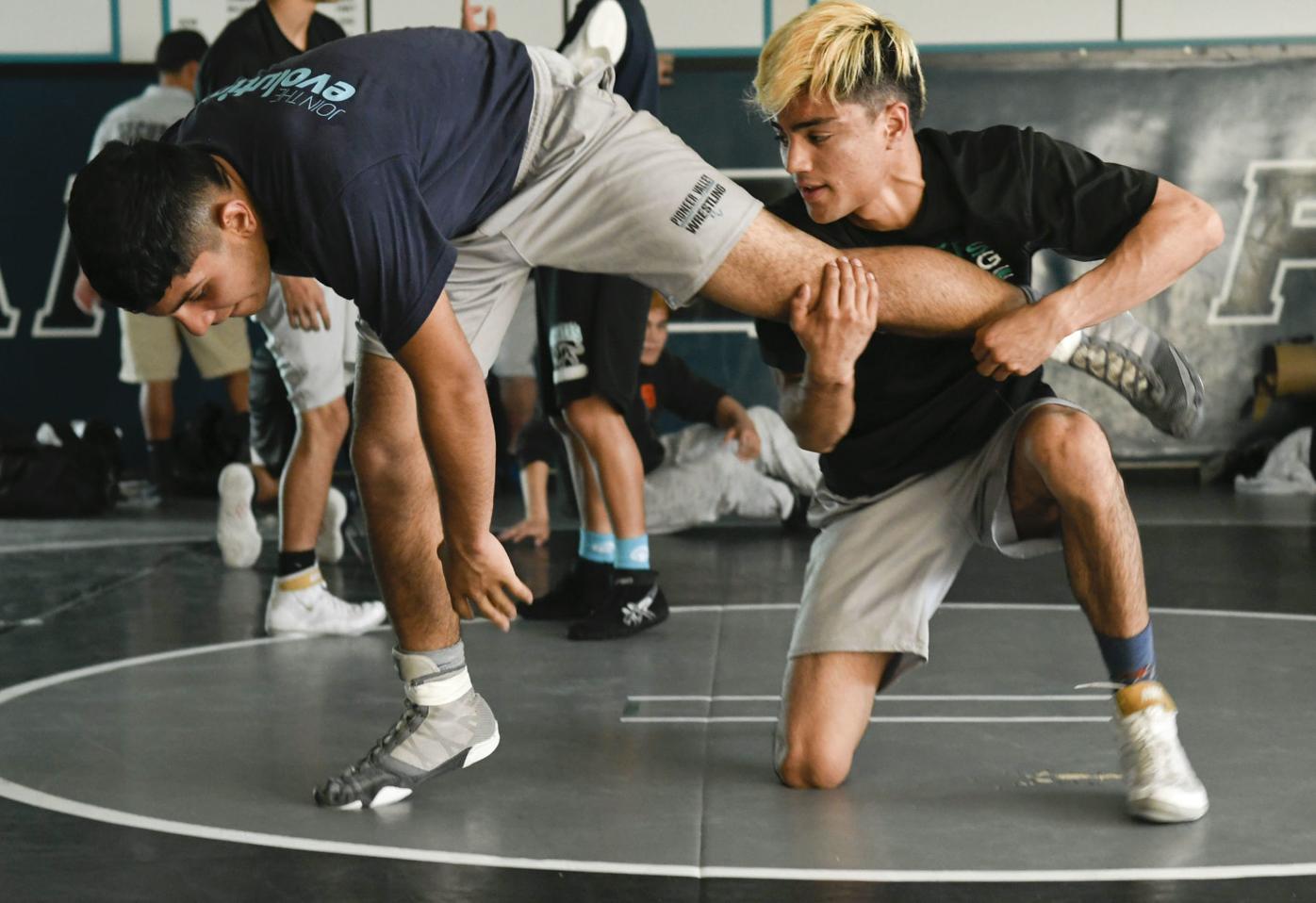 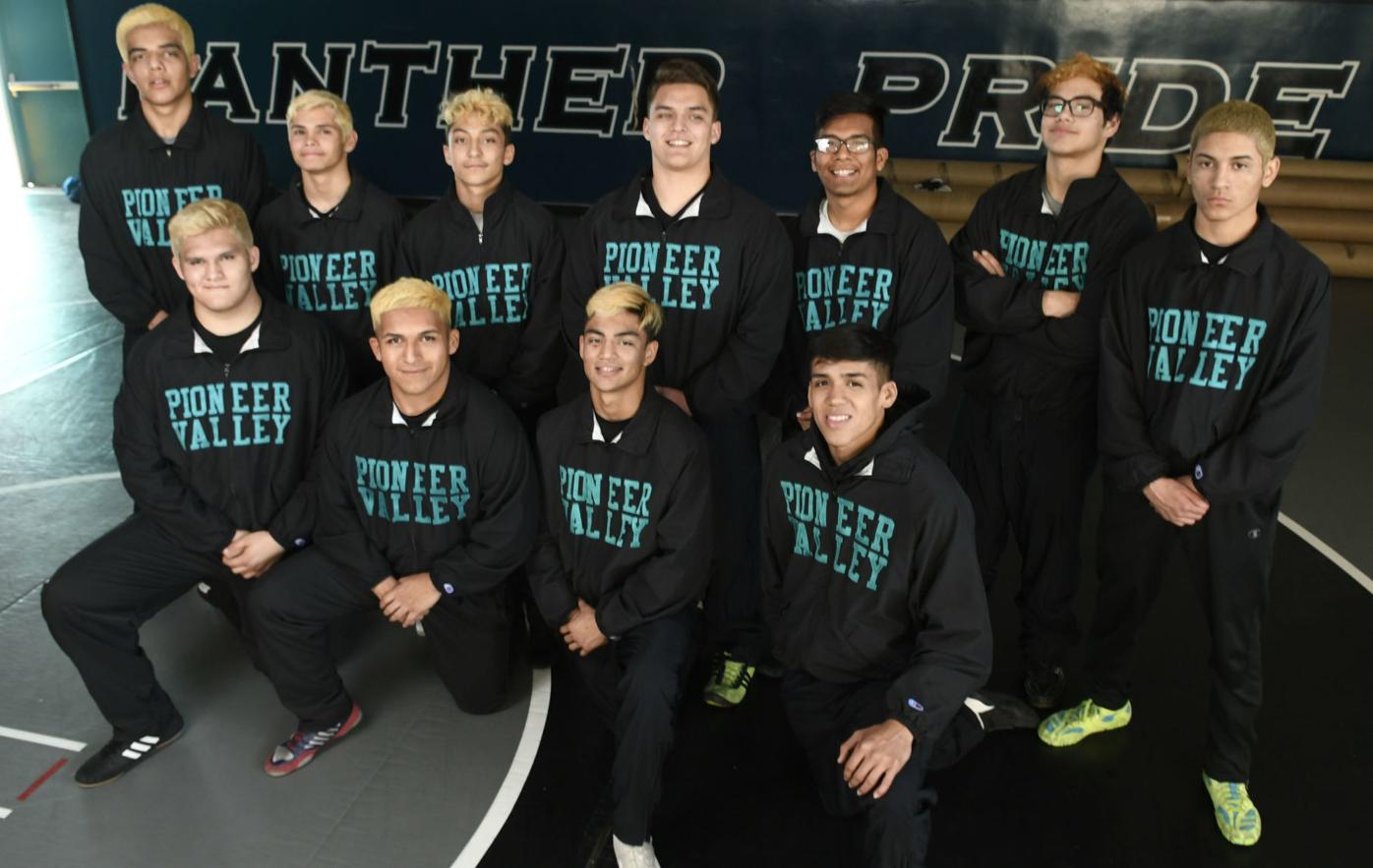 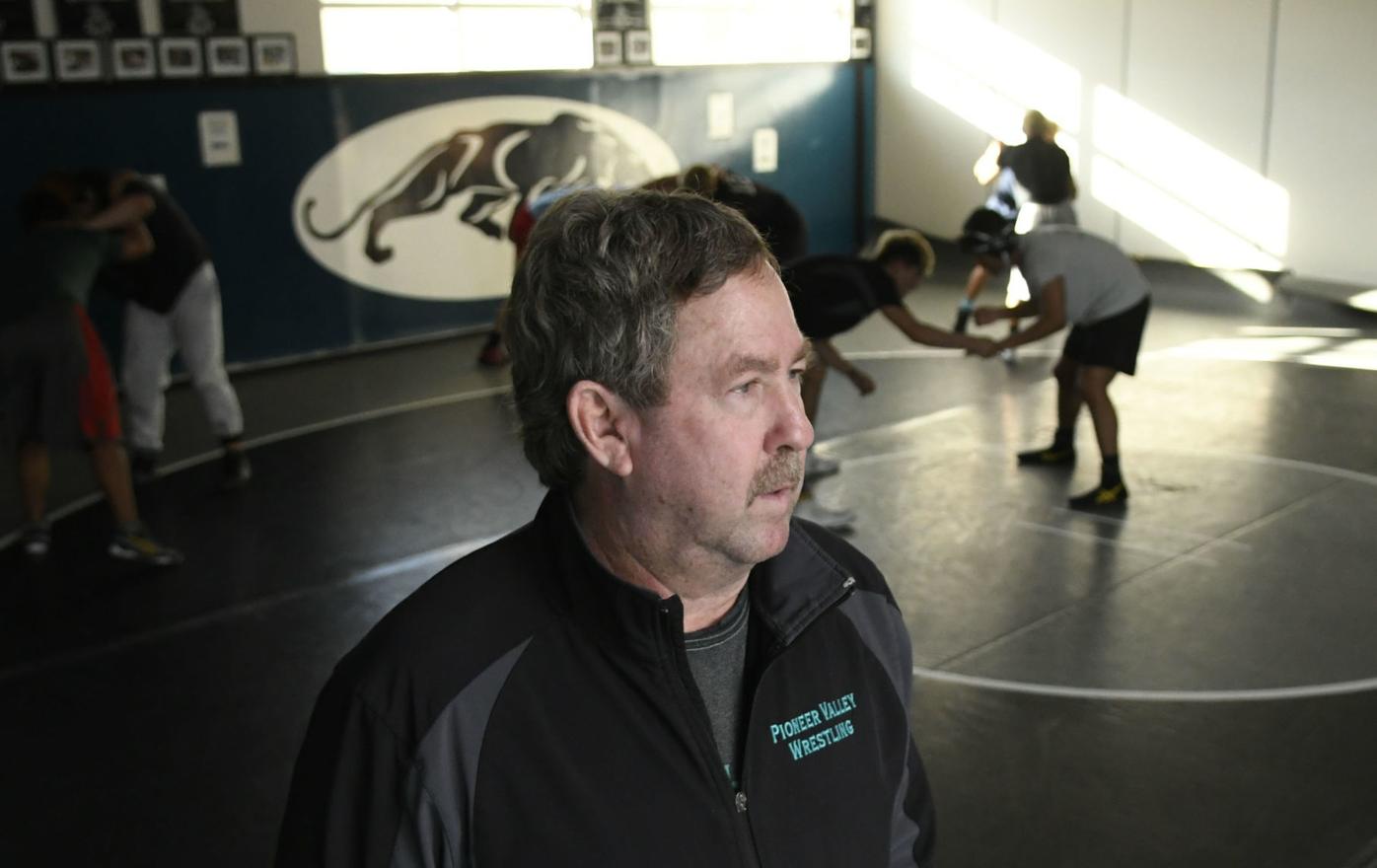 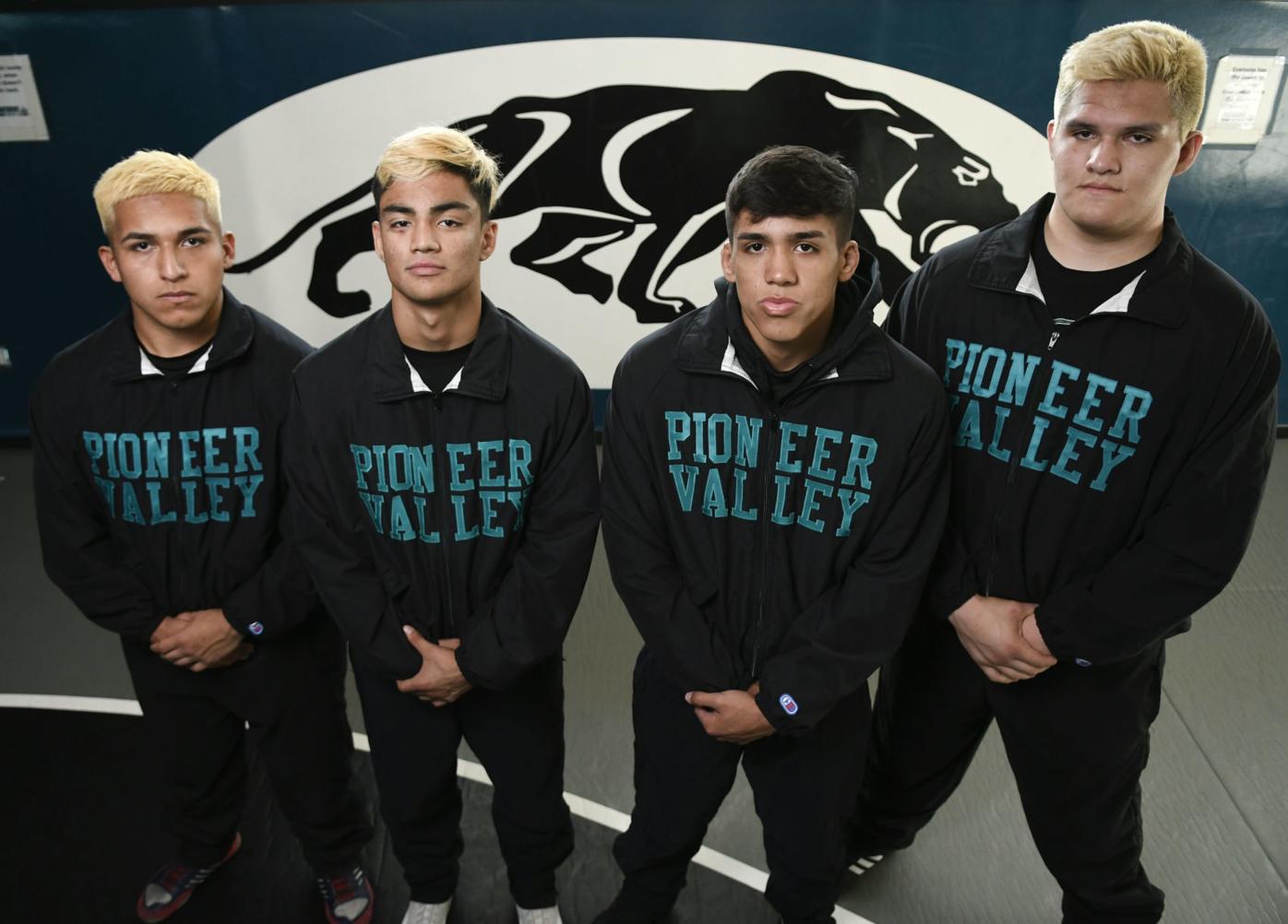 Their title hopes rode with an underdog from another school, and the wrestlers on the Pioneer Valley boys team all knew it.

Thus, they were riveted to the 147-pound title match between Joseph Munoz of host Madera South and top-ranked Anthony Estrada of Porterville Monache in the final match of the CIF Central Section Division 2 Championships at Madera South High School last Saturday.

An upset by Munoz, the Panthers knew, and the Division 2 title was theirs. A win for Estrada, and the championship belonged to Monache.

The Panthers have never rooted so hard for a wrestler from another school in their lives. "That's exactly how it went down," said Pioneer Valley heavyweight Vicente Wilson. Munoz delivered for them, pinning Estrada with a minute left in the second round and causing an eruption of celebration among the Panthers.

Pioneer Valley edged Monache 183-181.5 for the Division 2 championship. Wilson, with his third-place finish in the heavyweight division, was one of eight Panthers to advance to the sectional Masters Meet, which will take place Friday and Saturday at Fresno Hoover High School, and rack up a lot of points for Pioneer Valley at the two-day Division 2 tournament.

Jacob Velasquez was the runner-up at 128 pounds for a Pioneer Valley team that displayed a lot of depth across the board. Besides Wilson, Juan Orozco, at 195 pounds, Giovanni Castaneda, at 172, Elijah De La Torre, at 108, and Alejandro Zepeda, at 222, also finished third for the Panthers.

Pioneer Valley got fourth-place finishes from Andy Ojeda at 134 pounds and Eric Guerra at 152. Adrian Salazar finished eighth at 160.

Still, as the championship matches approached, things could have looked more promising for the Panthers. They had one wrestler in a title match,  Velasquez. "Monache had five," said Pioneer Valley coach Kent Olson.

"Their first two were pinned by Hanford wrestlers, so that was good," said Olson. "Their next two won," so it all came down to the tournament finale — which Estrada won.

The Panthers were so grateful to Estrada, "He's in our (championship) team photo," said Olson. Sure enough, in a photo image on Olson's cell phone, there Estrada is, happily displaying his championship medal front and center among the happy Panthers in the Pioneer Valley team championship photo.

Not only was the Pioneer Valley divisional championship a matter of depth, Guerra said, it was a matter of team health.

"This is the most healthy we've been in awhile," he said.

"This is the first time this year that we had those 14 guys (at the Division 2 championship meet) in the lineup," said Olson.

By contrast, Monache coach Arthur Demerath told the Porterville Recorder newspaper after the meet, injuries hampered his team. Last year, Monache was a half point behind the winner at the sectional championship meet.

Meanwhile, Ojeda and Guerra, Masters qualifiers last  year, will try to advance to the state meet this year.

Ojeda missed advancing to the 2019 state tournament by one spot. This year, going into the Masters Meet, "I'm way ahead of where I was at this point last year," the Pioneer Valley senior said.

Today in History: Sam Houston elected president of the Republic of Texas